Reflection: An unrivalled life of laughter, tears, and love 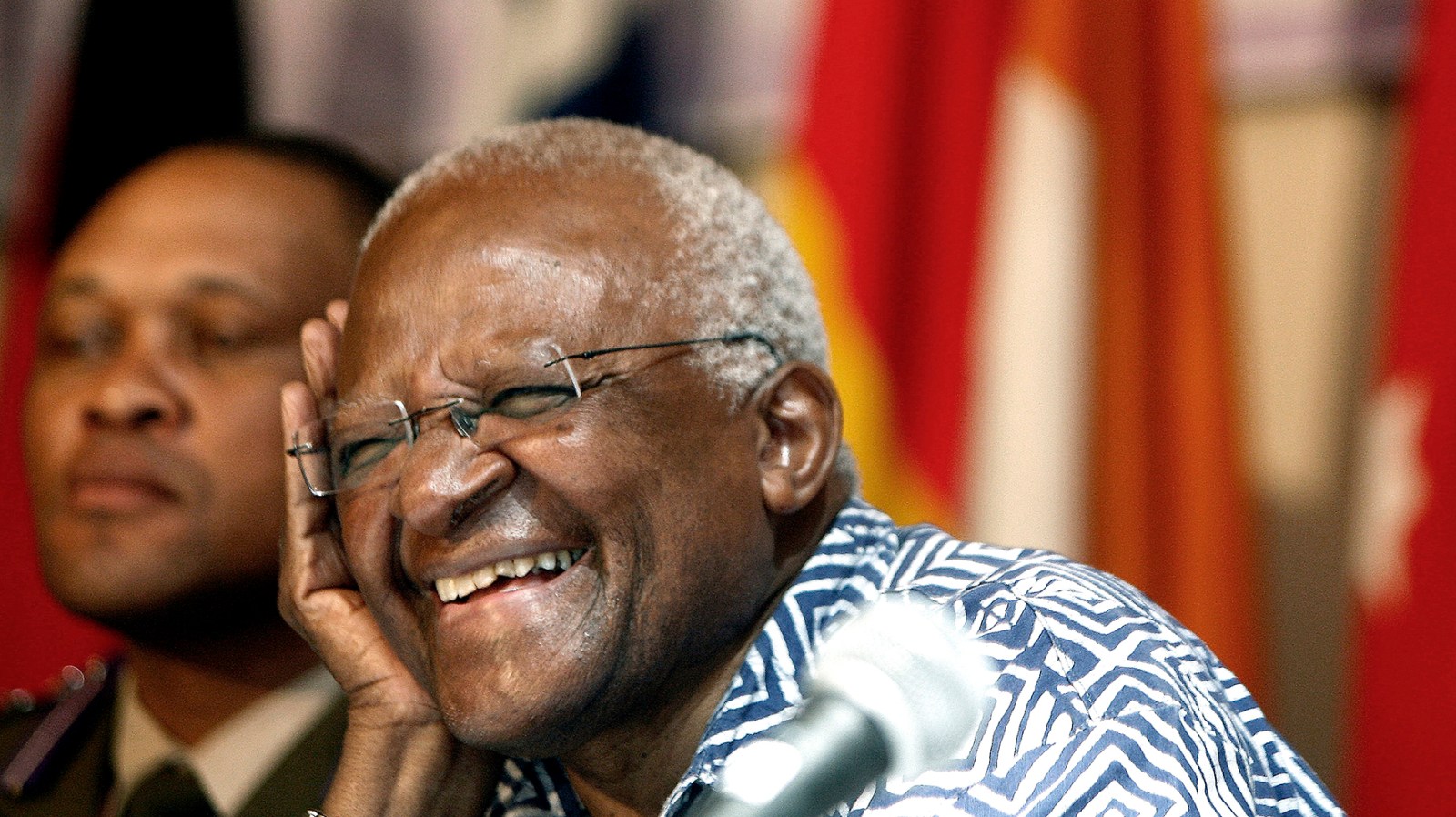 The Arch led by example, and it is now time for us to pick up the baton and continue lending our voices and actions to the causes he stood for in the name of a more radical love.

His leadership, his bravery and the change he brought to the world make him out as extraordinary … Earthiness combined with elevation, that’s some dance to pull off (Sparks A & Tutu MA (2011) Tutu, the Authorised Portrait. Johannesburg: Macmillan and Blackwell: ix).

On 26 December 2021 Archbishop Emeritus of South Africa, Desmond Mpilo Tutu, was called back to his creator. The former Archbishop of Cape Town was a candid critic of the apartheid regime and later the democratic governing party. An activist, author, teacher and Nobel Peace Prize winner, Tutu was born on 7 October 1931 in Klerksdorp, then Transvaal.

His path to the clergy began when he enrolled at the St Peter’s Theological College in Rosettenville. In December of 1960, he became an ordained deacon at St Mary’s Cathedral, Johannesburg. Two years later, Tutu elected to further his studies in theology in London, where he graduated from King’s College, University of London. Tutu returned to South Africa in 1966 and became a lecturer at the Federal Theological Seminary in Alice, Eastern Cape. It was there that he became the chaplain of the Anglican Church for the University of Fort Hare when student anti-apartheid activism was at its peak. Due to his role in the anti-apartheid struggle, he was awarded the Nobel Peace Prize in 1984, becoming the second black South African to receive the award, after Chief Albert Luthuli in 1960.

On 7 September 1986, Tutu became the first black Archbishop of the Anglican Church in southern Africa, a noteworthy, international accomplishment. A year after the first democratic elections in 1994, he went on to become the chair of the Truth and Reconciliation Commission (TRC), which brought to light the brutality and injustice committed by the apartheid regime. While chairing the TRC, Tutu was a staunch advocate for a Christian model of reconciliation. He believed that South Africans – victims, perpetrators and beneficiaries – had to confront their past in order to move forward. He retired as the Archbishop of Cape Town in 1996 and devoted his time to the realisation of the TRC’s mission and vision, fighting for the payment of reparations for abuses committed during apartheid.

The Archbishop’s social justice exceeded the narrow confines of his religious calling; he is often credited with popularising the concept of ubuntu, a philosophy that posits the notion, “I am because you are”. He also coined the popular phrase, the “Rainbow Nation” in reference to the beautiful diversity in South Africa’s people. The distinct nature of Tutu’s influence comes from his willingness to be critical of his own beliefs and his acceptance of the views of those who differed from him. His message has remained consistent throughout his life; we cannot afford to be silent in the face of injustice, inequality and poverty, and we may not falter in the face of oppression. It is this message that is lost to some who do not know of his brave crusade to encourage sanctions against the apartheid government. His love was not weak.

Archbishop Desmond Tutu was also very active on issues related to health, particularly tuberculosis and HIV/Aids, within South Africa. In January 2004 the Desmond Tutu Foundation was established. In recent years, the foundation’s activities have focused on educating and training individuals and communities on both HIV and TB treatment and prevention, including through the 46664 campaign. During this time, he fought the stigma faced by those infected with HIV/Aids.

He was ardent in his support of LGBTQI+ rights both within the Anglican Church and officiated over the same sex marriage of his daughter, Mpho to Marceline van Furth, in May 2016. Although she received the blessing of Tutu as her father, the church could not accept the marriage and she had to resign as a priest. His daughter praised him for his enormous capacity to love those living “on the margins”, with the following words:

“My dad has a real gift for being on the right side of an issue, not from the point of the argument of right and wrong, but from the point of caring for the people on the margins. Who is the least powerful one in this configuration? What is the most loving thing in any situation? That generally leads him in the right direction.”

Desmond Tutu stated at the launch of the Free and Equal campaign in Cape Town in 2013:  “I would not worship a God who is homophobic and that is how deeply I feel about this. … I am as passionate about this.”

He tirelessly continued the fight to give a voice to those on the margins of society, the LGBTQI+ community, women, children and the disabled. He spoke out against humanity’s careless destruction of the environment and drew attention to the climate crisis we are facing, beyond the pandemic currently consuming us. His quest for morality, accountability, democracy, social justice, inclusion, reconciliation and peace all over the world will remain part of his legacy. His love shone in a world consumed with masculine bitterness and rage. In this sense the Arch was a quintessential feminist, calling for a new way of thinking and living that encompassed dismantling the Master’s house by using tools long discarded by an uncaring world – compassion and kindness became his chosen weapons against oppression and the tools he used to destroy the Master’s house. This is truly subversive and the kind of revolution that may result in real change.

He criticised the ANC government for blocking the Dalai Lama, a close friend of his, from entering the country as a result of pressure from the Chinese government. Amongst his international causes against oppression were his support for the Palestinian and East Timorese people, his opposition to human rights violations of the Rohingya minority in Myanmar, and his criticism of the mistreatment of prisoners at Guantanamo Bay.

He actively spoke out against the post-1994 democratic government for its unfulfilled liberation promises and goals and continued to strive toward achieving them. He did not allow us to become complacent; he reminded us about the uncomfortable realities of poverty and inequality and encouraged South Africans and the larger world to continue striving for justice and human rights.

On his passing, President Cyril Ramaphosa said: “He remained true to his convictions during our democratic dispensation and maintained his vigour and vigilance as he held leadership and the burgeoning institutions of our democracy to account in his inimitable, inescapable and always fortifying way.”

It is usually the most spiritual who can rejoice in all created things, and Tutu had no problem in reconciling the sacred and the secular.

This is the dance he “managed to pull off” as he navigated his unrivalled life of laughter, tears, and love.

The Arch led by example, and it is now time for us to pick up the baton and continue lending our voices and actions to the causes he stood for in the name of a more radical love.

Professor Narnia Bohler-Muller is divisional executive of the Developmental, Capable and Ethical State at the Human Sciences Research Council and research fellow at the Centre for Gender and African Studies at the University of Free State.

Fathima Zahra Ebrahim Mayet is an alum from ASRI Future Leaders Fellowship 2020/21 cohort and is an intern within the Developmental Capable and Ethical State (DCES) division at the HSRC.