Proteas down, but not out, after first Test goes to the...

Proteas down, but not out, after first Test goes to the wire 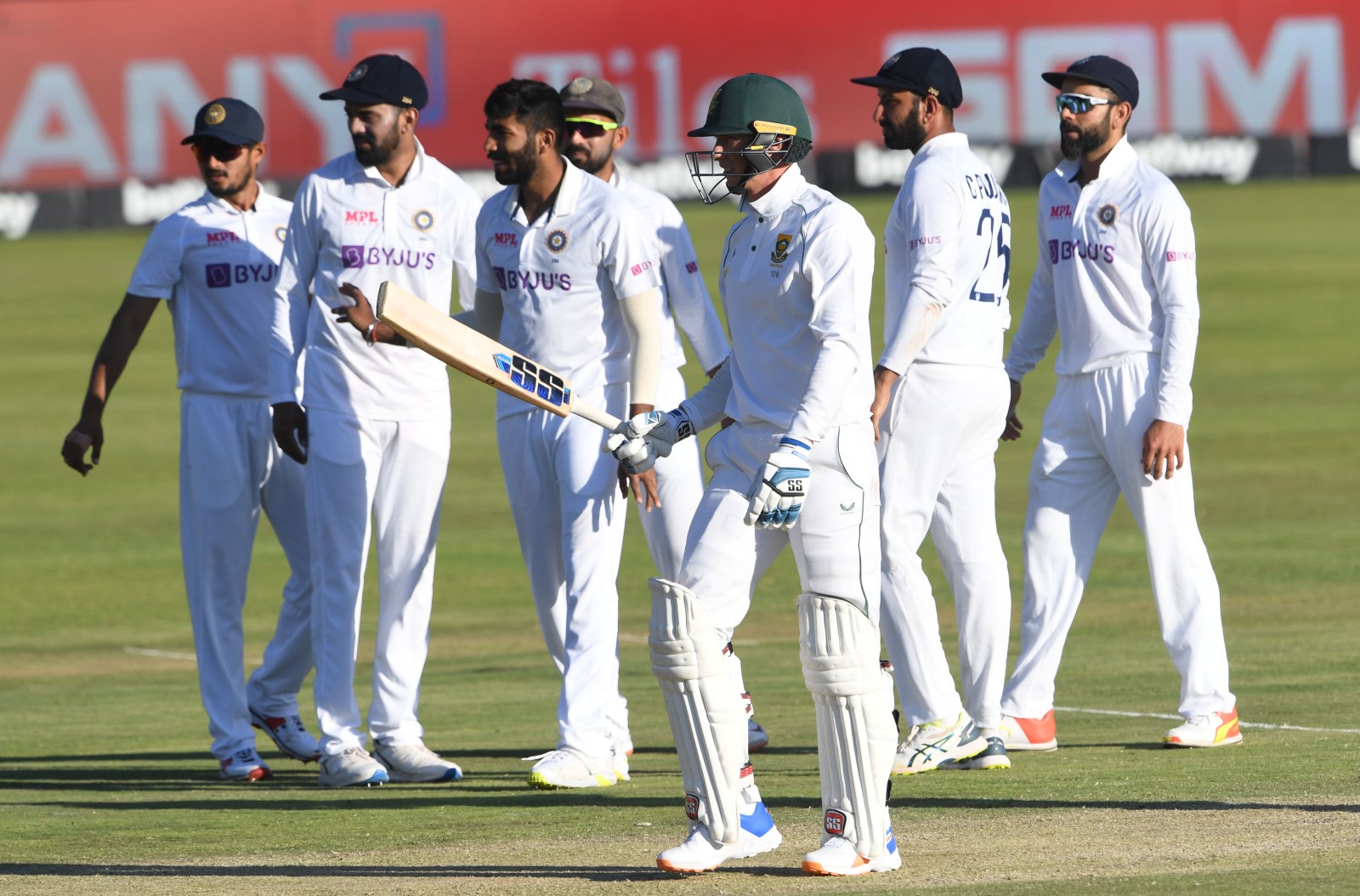 The Proteas will need to achieve a record fourth innings score at SuperSport Park on day five in order to win the first Test match of their three-match series against India.

The Proteas dismissed India for a below-par score of 174 in their second innings on Wednesday, to give themselves an outside chance of securing a positive result at their Test match fortress.

They required 305 runs to win with a day and a half to play on a tricky pitch that has favoured the bowlers for the most part, but have a monumental battle ahead of them after reaching stumps at 94 for four.

The hosts still require a further 210 runs to win on day five, on a pitch that has aided the seam bowlers after day one, when India made the most of good batting conditions and lacklustre Proteas bowling.

South Africa started day four of the Test, exactly as they would have hoped. Right-arm fast bowler Kagiso Rabada sent nightwatchman Shardul Thakur packing with a good back-of-a-length delivery which caught the edge and was smartly taken at third slip by Wiaan Mulder.

On a morning where the Proteas were desperate for quick wickets, it took a further 10 frustrating overs for the next wicket to fall. First innings centurion KL Rahul was caught at first slip attempting to slash Lungi Ngidi for 23 runs, which started a steady fall of wickets.

Middle-order stalwarts, Cheteswar Pujara, Virat Kohli and Ajinkya Rahane all failed to stamp their authority on a deteriorating SuperSport Park pitch. They were dismissed for 16, 18 and 20 respectively.

The wicket of Kohli was debutant left-arm seamer Marco Jansen’s second of the innings, the Indian captain chasing a wide delivery outside off stump, as he did in the first innings against Ngidi.

The Indian tail was wrapped up by Rabada and Jansen, the lower-order batters unable to handle the extra pace and bounce of the fast-bowling pair.

Wicketkeeper, Rishabh Pant, top-scored for the Indians with a run-a-ball 34, smashing six fours before he too succumbed to Rabada who returned good figures of four for 42. Jansen finished with four for 55, suggesting he might have a bigger role to play with Anrich Nortje out for the remainder of the series.

Having been set a Centurion record chase of 305 to win the Test match, the Proteas batting lineup once again struggled against India’s world-class bowling lineup.

Another high quality exhibition of fast bowling by India’s pace trio of Jasprit Bumrah, Mohammed Shami and Mohammed Siraj, peppered the Proteas top order late in the day, aided by the pitch that offered good carry and inconsistent bounce.

Aiden Markram was the first South African batter dismissed in the second over of the Proteas innings, the mode of dismissal rather familiar for the opening batter. Markram had his stumps rattled by Shami off an inside edge.

Keegan Petersen, once again required to bat within two overs of the start, looked elegant at the crease but ultimately succumbed to a Siraj delivery. The ball pitched on off stump as Petersen played across the line, only managing to edge the ball to wicketkeeper Pant for 17.

Bumrah then removed Rassie van der Dussen with a ball that jagged back and clipped the top of off stump, the Proteas number four batter dismissed for 11 runs, having faced 65 balls, trying to occupy the crease.

Bumrah then clean bowled nightwatchman Keshav Maharaj off the last ball before stumps, a pitch-perfect yorker proving too good for the Proteas usual tailender.

South African captain and opening batter Dean Elgar withstood the onslaught with typical belligerence and brought up his 18th Test match fifty in the process.

Day five offers a tantalising contest with every result still possible. India requires six more wickets to secure their first-ever victory at SuperSport Park, which is the most likely result.

The Proteas require 210 more runs to win at their historical fortress. It’s a distant target under the circumstances and will only be possible through a combination of application, determination and some luck.

Fortunately, the first batter to walk out to the crease will be Temba Bavuma and captain Elgar. They are the epitome of battlers and they will need every drop of that fighting spirit to achieve an unlikely victory.

Inclement weather is also expected at some stage at Centurion tomorrow which could force a draw, a result the Proteas might happily accept after four days of playing catch-up. DM