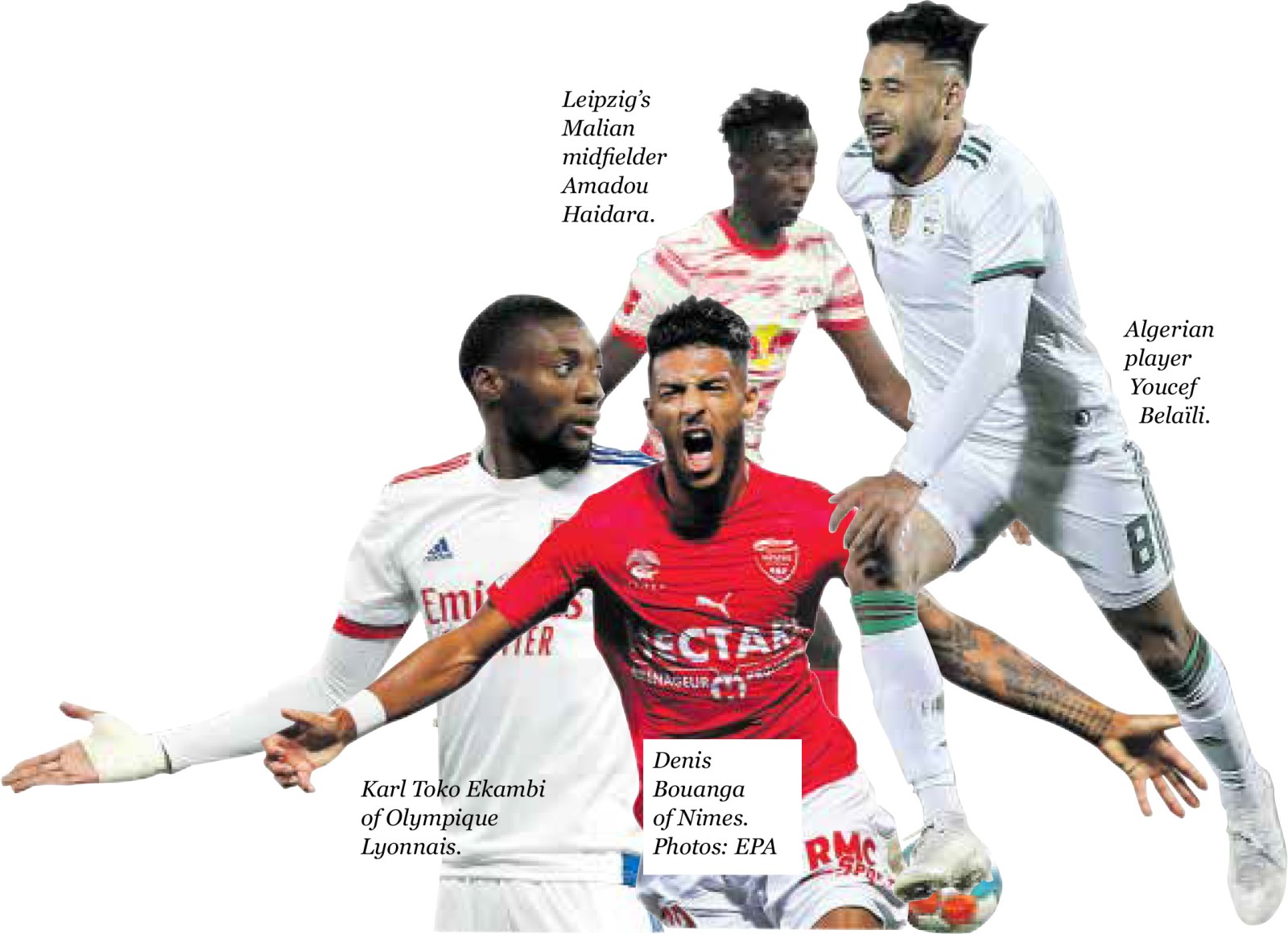 Talented players to watch at Afcon 2022.

The 2022 Africa Cup of Nations will provide a stage for many unknown football players hoping for fame and glory.

Again, the timing of the Africa Cup of Nations (Afcon) finals, in the middle of the European club season, is an inconvenience to club and players but also a powerful stage for previously unheralded talent.

It kicks off on 9 January in Cameroon with 24 competing countries, and with squad sizes now expanded to 28 per team will have 672 footballers on hand.

Many are already world stars, like the Liverpool pair of Sadio Mane (Senegal) and Mohamed Salah (Egypt) or Riyad Mahrez of Manchester City and Algeria, who won the last tournament with his country in 2019.

The majority will be unknown, but hope that the tournament will catapult them to stardom. There are few greater achievements than winning a continental title and the Nations Cup enjoys a worldwide television audience beyond the continent’s borders.

Here is our list of potential stars of the tournament, players whose profile is expected to be vastly enhanced once the tournament is completed on 6 February:

Nayef Aguerd (Morocco): The 25-year-old central defender made a major impact in Ligue 1 last season and has continued to shine at the back for Stade Rennes in this campaign, as they sit in the top three of the French league. He is one of the few home-grown players in the side who came through an academy in Morocco and failed several initial efforts to win a contract in Europe before his breakthrough in France.

At 1.9m, he has a commanding presence and is at the top of his game, over the last two years cementing his place in the national team.

Youcef Belaïli (Algeria): Mahrez gets the headlines and most of the plaudits for his work on the right side of Algeria’s attack, but his partner on the left proved just as deadly this year. The 29-year-old Belaïli is proving to be a late bloomer, having spent two years between 2015 and 2017 banned by Fifa after testing positive for cocaine use. It retarded his chance of a career in Europe but he is now playing club football in Qatar while holding a regular berth in the Algerian side, where competition for places is exceedingly tough.

Denis Bouanga (Gabon): The 27-year-old oftentimes fills in for Pierre-Emerick Aubameyang as the lead attacker and has got several goals for Gabon in qualifying competition. In France this season, he has been one of the few bright lights for the struggling St Étienne and will likely enjoy the break from the travails of sitting in the Ligue 1 relegation zone.

Amadou Haidara (Mali): He is one of the better African talents who has come through the Red Bull system, which catapulted Mane on his way to England. The 23-year-old Haidara took a while to find his feet at RB Leipzig after moving from Salzburg, but is now rated as a top Bundesliga midfielder. His start in Germany after a €19-million move was hindered by a cruciate ligament injury. But last season he got regular game time and is now a consistent choice, competing in the Champions League against Manchester City and Paris Saint-Germain over the last months.

Franck Kessié (Ivory Coast): A player with a bustling, busy midfield style, he has an air of maturity and experience well beyond his 24 years and drives the Ivorian side from midfield. He has proven a natural successor to Yaya Touré, who captained the Ivorians to the Cup of Nations title in 2015. Speculation abounds that he will make the move from Serie A to a top English club.

Nanu (Guinea-Bissau): It has been a season of disappointment at club level for the flying fullback, who has been left out of the FC Porto team and had just a single outing in a lower profile Portuguese Cup tie in October. But he was ever present for Guinea-Bissau through both their Cup of Nations and World Cup qualifiers this year where his match-winning potential was evident.

His incredible pace suggests he might be the fastest player at the tournament in Cameroon and he adds an incredible attacking threat when going forward, and is probably best on the front foot rather than defending.

Kamaldeen Sulemana (Ghana): Only 19 years old but already earmarked as a potential African star in the mould of a Didier Drogba or Samuel Eto’o. Sulemana was playing in the Danish league a day after turning 18, being officially able to compete. He has since worked hard on his physical conditioning to earn a move to Rennais this season. A stint in Ligue 1 is seen as a stepping-stone for a player whose next move would be to LaLiga, the Premier League or Serie A.

Karl Toko Ekambi (Cameroon): Born in Paris, Ekambi debuted for the Indomitable Lions six years ago and was in the 2017 Cup of Nations winning squad under Hugo Broos, and also went to the last finals in Egypt.

Spanish club Villarreal paid €20-million for him in mid-2018, and although he netted 10 goals in his first LaLiga season, he did not have a particularly happy time and his star seemed to lose its shine. He has come roaring back to form this season, after moving back to France, and was the top scorer in the group phase of the Europa League for Lyon.

Edmond Tapsoba (Burkina Faso): Given a market value of €40-million based on his age and form, Tapsoba is a key player at Bayer Leverkusen, among the frontrunners in this season’s Bundesliga campaign. He arrived in Germany from Burkina Faso via Portugal, where he rose rapidly from the junior team at Leixões to Vitória de Guimarães and then made a €4.5-million move to Germany just under two years ago. DM168