The hunters, the crooked chief and the bushmeat trade: Behind the convoluted wrangle over prime land on Kruger’s edge 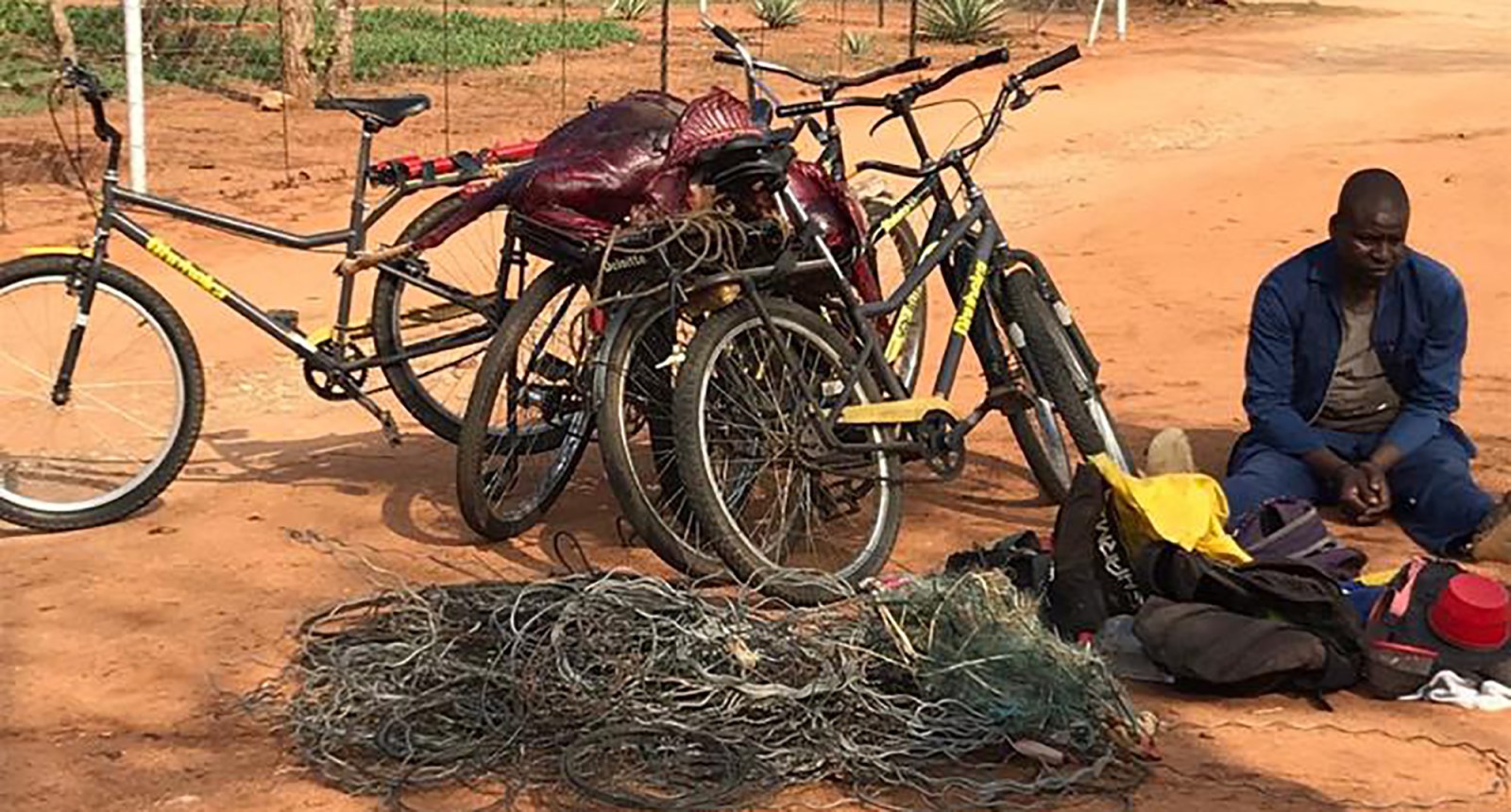 Our Burning Planet recently exposed how a community of 26,000 people on the western border of the Greater Kruger Conservancy, where the fence has fallen into serious disrepair, faces an eviction order from the government. But why do the authorities want them off the land? Onke Ngcuka unpacks the story in a Q&A with investigative journalist Kevin Bloom.

There are actually three parts to this story.

The first part involves an eviction notice issued by the national government to the 26,000 members of the Mthimkhulu community. These South African citizens are the residents of the twin settlements of Mbaula and Phalaubeni on the Letaba River banks, neighbouring the Kruger National Park. The eviction notice, which the community is fighting in the Polokwane High Court, is an order to vacate the “Mthimkhulu Private Game Reserve”, a 9,000-hectare parcel of land that appears to be rightfully theirs.

The second part involves a broken 27km boundary fence for which no one is prepared to take responsibility. Alongside the all-important fact that the community has been deprived of legal hunting revenues from their game reserve since 2015, this has directly resulted in a sharp rise in the trade of bushmeat.

The third part involves the issuing of illegal hunting licences on the Mthimkhulu Private Game Reserve, and a trail of evidence that points to corrupt provincial officials, fly-by-night hunting outfitters and a questionable traditional chief.

Who are the players?

There are many players but key among them are the Limpopo government’s department of economic development, environment and tourism (LEDET), the Department of Agriculture, Land Reform and Rural Development (DALRRD), three hunting outfitters that act as middlemen, Kotlani Elvis Mavunda (de facto chief of Mthimkhulu) and Pheni Cyprian Ngove (leader of the Mabunda Traditional Authority and the disputed chief of Mthimkhulu).

Who are the crooked players and why?

The eviction application, weirdly ratified by Minister Thoko Didiza of DALRRD, will – if successful – permanently isolate the Mthimkhulu from the resources and gains that hunting in the area implies.

How did this happen?

Again, the story gets properly heated with the 2015 co-management agreement between LEDET and Chief Ngove’s traditional authority, an agreement that was signed without the consent of the Mthimkhulu community. But it includes the neglect of duties by the Department of Agriculture, Forestry and Fisheries and LEDET, who are required by law to maintain the boundary fence. Behind that lies the decision taken by the Kruger Park in 2002 to drop its boundary fence with Letaba Ranch Nature Reserve, of which the Mthimkhulu Private Game Reserve forms part. The decision to incorporate the latter into the Greater Kruger Conservancy in 2002 is where it all begins – this was done to lessen the pressure on the Kruger’s vegetation and allow the wildlife to roam according to historical migration patterns.

Whose land is this anyway?

To repeat, by Daily Maverick’s reckoning, the Mthimkhulu community are the “beneficial occupants” of this prime piece of bushveld real estate. There is clear evidence that in 1967, when they were relocated to the area by the apartheid state, they used it as grazing land for their cattle. The land was then incorporated by the apartheid state into the Letaba Ranch Nature Reserve in 1985. Aside from the Interim Protection of Informal Land Rights Act (IPILRA), promulgated by the post-apartheid state in 1996, section 25(7) of the Constitution confirms their beneficial occupancy.

What is the impact of this?

Up until 2015, the annual revenues from legal and sanctioned trophy hunting were used by the community to build a creche, donate to the drop-in centres and drill boreholes. This loss of revenue has pushed the community over the edge – the poverty and desperation is now so dire that many members of the Mthimkhulu have been forced into the bushmeat trade, to feed and clothe themselves. Among the evidence that Daily Maverick encountered were severed baby elephant heads, baby hippos strangled with snares and small animals in excruciating death-poses in the holes of the Great Kruger fence.

Also, we saw buffalo spoor on the outer perimeter of the fence, which poses a serious health risk to the Mthimkhulu’s cattle. Beyond that, it’s hardly a stretch to point out that foot-and-mouth disease, which is carried by the African buffalo, can easily spread through the province and threaten South African cattle exports.

Then there’s the issue of human-wildlife conflict. The broken fence has resulted in regular encounters with hippos, buffalo and the odd predatory cat.

Finally, there’s the illegal hunting licences. This has put legitimate hunting operators in a position where they are unable to get the correct signatures to export their hunting trophies – all because the Mthimkhulu community had not been consulted as per the tenets of IPILRA.

Show me the money

In September 2021 alone, Daily Maverick followed a money trail for R2,87-million, made up of hunting rights for 13 buffalo (at R150,000 a head) and two elephants (at R460,000). We proved that the Mthimkhulu did not grant a community resolution for this specific hunt, as required by IPILRA. We also proved that the Mthimkhulu community did not get a cent – neither LEDET, DALRRD, Chief Ngove nor the illegal hunting outfitters were able to answer our questions. Bear in mind that this R2,87-million was a very small fraction of the revenues that the community has been robbed of since 2015.

What is the possible solution here?

Obviously, the eviction order must either be rescinded by Didiza or the Mthimkhulu community must win in court. Once that happens, the whole house of cards collapses – provided that the relevant authorities then step in to identify the perpetrators of the scam.

SANParks, like LEDET and DALRRD, have so far evaded our questions, although it is the Kruger’s animals that are ultimately being sacrificed to illegal hunters and the bushmeat trade.

Justice will prevail here when the community regains full control of the Mthimkhulu Private Game Reserve and the lost funds from legal and sanctioned trophy hunting flows back into their coffers. DM/OBP

The hunters, the crooked chief and the bushmeat trade: Behind the convoluted wrangle over prime land on Kruger’s edge