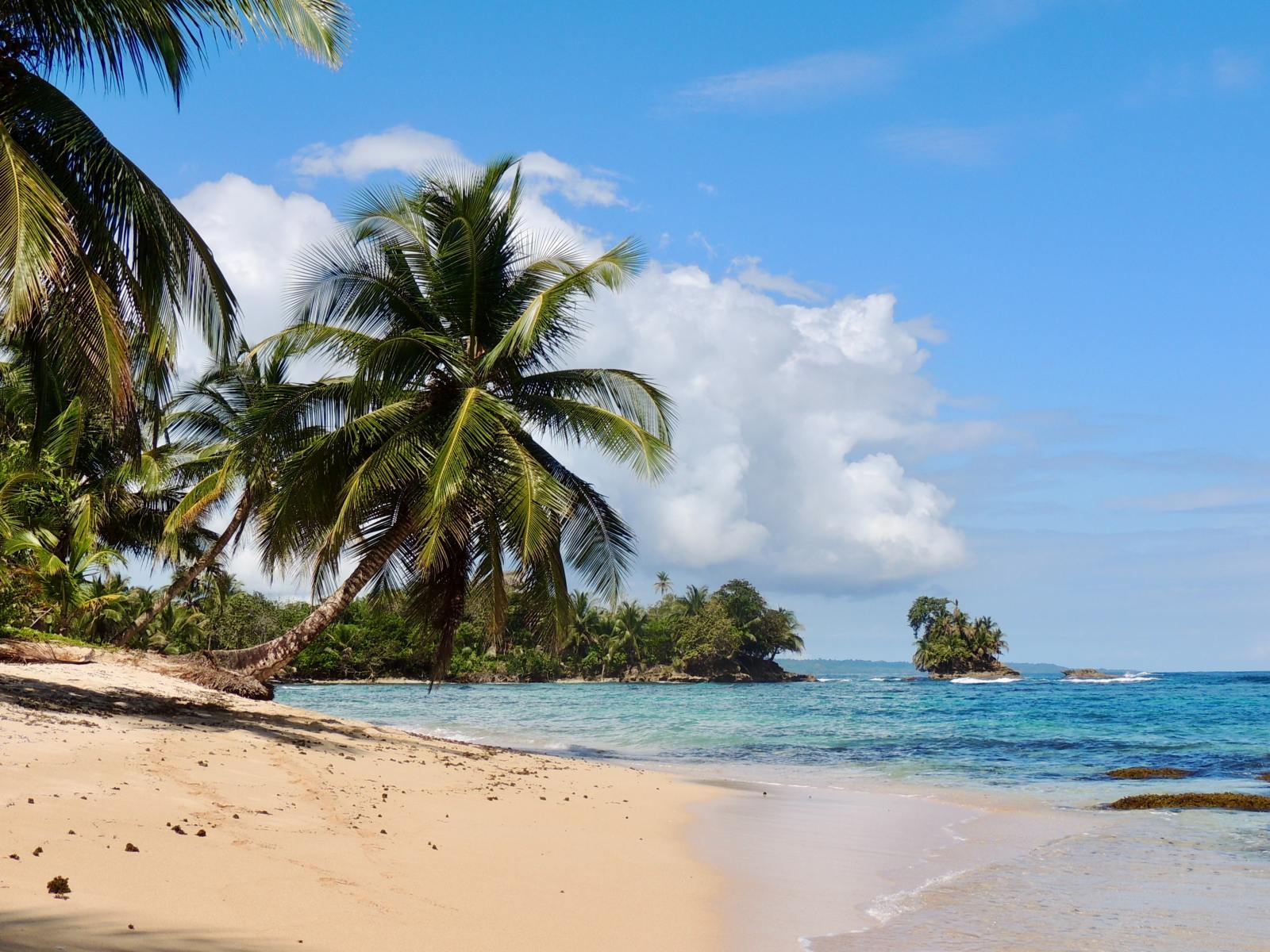 A man, a plan, a canal: Panama. So goes one of the all-time greatest palindromes. But there is much more to the small country (population: 4.4 million) that links North and South America than a palindrome and a canal.

It was the one chance I had to bring glory to South Africa, my beloved homeland, and I grabbed it with both hands – and an open mouth. I stuck to the task with the dogged determination that is characteristic of my countrymen and women, and an hour later, when the deed was done, and renown and honour were mine – and South Africa’s – the crowd (about a dozen barflies) erupted into applause.

Fist-bumps all round. Coladas, mojitos, margaritas and cervezas were raised in homage. A pretty woman kissed my cheek. A lolling dog, caught up in the excitement, barked a few times. A sand flea bit my left ankle.

I lifted my bloated carcass from the barstool, took a bow, and punched the air in an Amandla salute.

It was the 25th anniversary of South Africa’s Constitution and it seemed fitting that the triumph I was celebrating was due to my own – iron-clad – constitution.

I was the new Taco King of Carenero.

Carenero… the Caribbean island of my dreams. It’s in the Bocas Del Toro archipelago off the northeastern shore of Panama, about 100km away from Costa Rica.

I live in a ramshackle, green, double-storey wooden building on a beach. Coconut palm trees and the sighing sea in front, a bar to the left, a bar to the right, and behind there’s jungle and swamps, where a trillion insects chitter and hummingbirds hover and orchids trail white tendrils and sloths embody the Seventh Deadly Sin and caymans lurk; occasionally – so they say – dragging a dog down into the black water.

Danny, the barman at Coquitos (the bar to the right), said that one night a cayman leaped up and snapped its jaws at him while he was walking home. And once he found a boa constrictor in his kitchen.

“I need your boa,” I told him, “to take care of those bloody rats behind my wall. Their squeaking and scampering keep me awake at night. Sounds like there’s dozens of the f**kers… One day I’m going to wake up to find my nose and toes have been eaten.”

The rats are part of a contingent of wildlife with which I share my lodgings: the brooding frog that lurks on the stairs at night, the claw-clacking crab, the dashing little geckos, the cockroaches that colonise the kitchen in the dark…

The Mount Nelson this place is not, but if you want to live on a beach in front of a jungle on a paradise island, then sharing your accommodation with some of the local wildlife is a small price to pay.

The local wildlife is also to be found at Danny’s bar, Coquitos. The local expat wildlife, that is.

According to Richard Arghiris, writing in Perceptive Travel: “When Wild Bill arrived in Bocas del Toro, killed five members of the expatriate community, stole their houses, pilfered their assets, then fled into the darkened interior of Central America, almost two decades had passed since the archipelago’s first property boom.

“Gringo dollars flowed like wine at a village fiesta. The police were warm and drowsy. And there was a widely agreed unspoken rule regarding one’s business and buried history. In sum: no questions asked.”

Wild Bill had a bar and restaurant called The Jolly Roger Social Club. On its fliers, it promised that “Over 90% of our members survive”.

In 2017, Wild Bill was sentenced to 47 years’ imprisonment, and today he can be found at Chiriqui Public Prison, where he is a chaplain and chair of Panama Prison Ministries, on whose website he wrote:

“God is in contol [sic] and by his grace this vile man who killed, stole and hurt everyone he could whilst free in the world now gives lessons from the book of Matthew to young men who are lost in sin and trying to make it back home. This evil pirate that was, now tends the sick and dying men no one will touch for fear of infection.”

The local expat wildlife these days is perhaps somewhat tamer, and I haven’t (yet) met anyone of Wild Bill’s calibre at Coquitos.

I did, however, meet Svetlana there. A blonde Russian… so fragile… if you tapped her she would shatter into a thousand pieces. She had many interesting theories, some of which she shared with me. Among them were that the Queen of England died three years ago and a fake was currently occupying the throne; that Stalin and Hitler were cousins; that a cartel headed by the Vatican was enslaving the human population through Covid-19 vaccinations… and a whole bunch of other stuff that I never knew about.

Maybe, I thought, whatever you believe is real, is real. Maybe the Buddhists are right when they say, “Mind matters most”, and there are 7.9 billion intersecting versions of reality, all created by individual minds – the universe reflecting on itself in the flawed mirror of human consciousness.

Then again, maybe not…

I also met Victor at Coquitos. A tall, rangy South African from Slummies (East London), Victor lives on a yacht moored in the bay between Isla Colon and Isla Carenero.

“My sugar mommy’s gone back to Canada,” he told me one night. “I’m gonna miss her… she looked after me and we had a lot of fun. It was hard to keep up with her, despite her age – she’s older than my own mother, you know.”

I had met Victor’s sugar mommy, a spritely and lively, and attractive woman.

Victor has been knocking about the Caribbean for eight years, following the swells, paddling out at glassy point breaks, riding undiscovered waves in the Bahamas, tucking into turquoise tubes that break on starfish-encrusted beaches… living for the stoke, always the stoke.

He took another sip of his Balboa beer.

“Pretty soon this place is going to start firing,” he said, “and when it does, it’s a machine. All the breaks working every day: Black Rock, Old Mans, The Point. Bru, I’ve had double overhead barrels at The Point, standing up in the green cathedral with a big grin on my face while the barrel goes on forever; then paddling back out and getting more barrels, until my arms are pap and I can’t paddle anymore.”

The next day I walked around the island. The machine was chugging into life and a handful of surfers were out at the storied breaks. It was winter, but the temperature was a balmy 28 degrees. The sea was silver, the cloudy sky was the colour of a pearl, palm trees hissed in the offshore breeze, crabs scurried into their holes, a pelican plummeted into the water and there was the distant thud of a coconut falling.

One of the hazards of living here: falling coconuts. Worldwide, falling coconuts account for about 150 deaths every year (they say), but I reckon that’s as good a way to go as any.

Not that I’m planning on going anywhere. After two years of travelling in Latin America, a journey which took me to Belize, Guatemala, Costa Rica, Nicaragua, Ecuador, the Galapagos and Peru, I’ve reached the end of the road.

I’ve grown to love this little island (population 737), with its Caribbean rhythms and buried secrets, and may just stay here forever, or for the next couple of years, or whichever comes first.

And if you believe that you have what it takes to be the next Taco King of Carenero, then come to Coquitos bar, where I will be waiting to take up the challenge.

All you have to do is scoff at least 12 tacos in one sitting. DM/ML