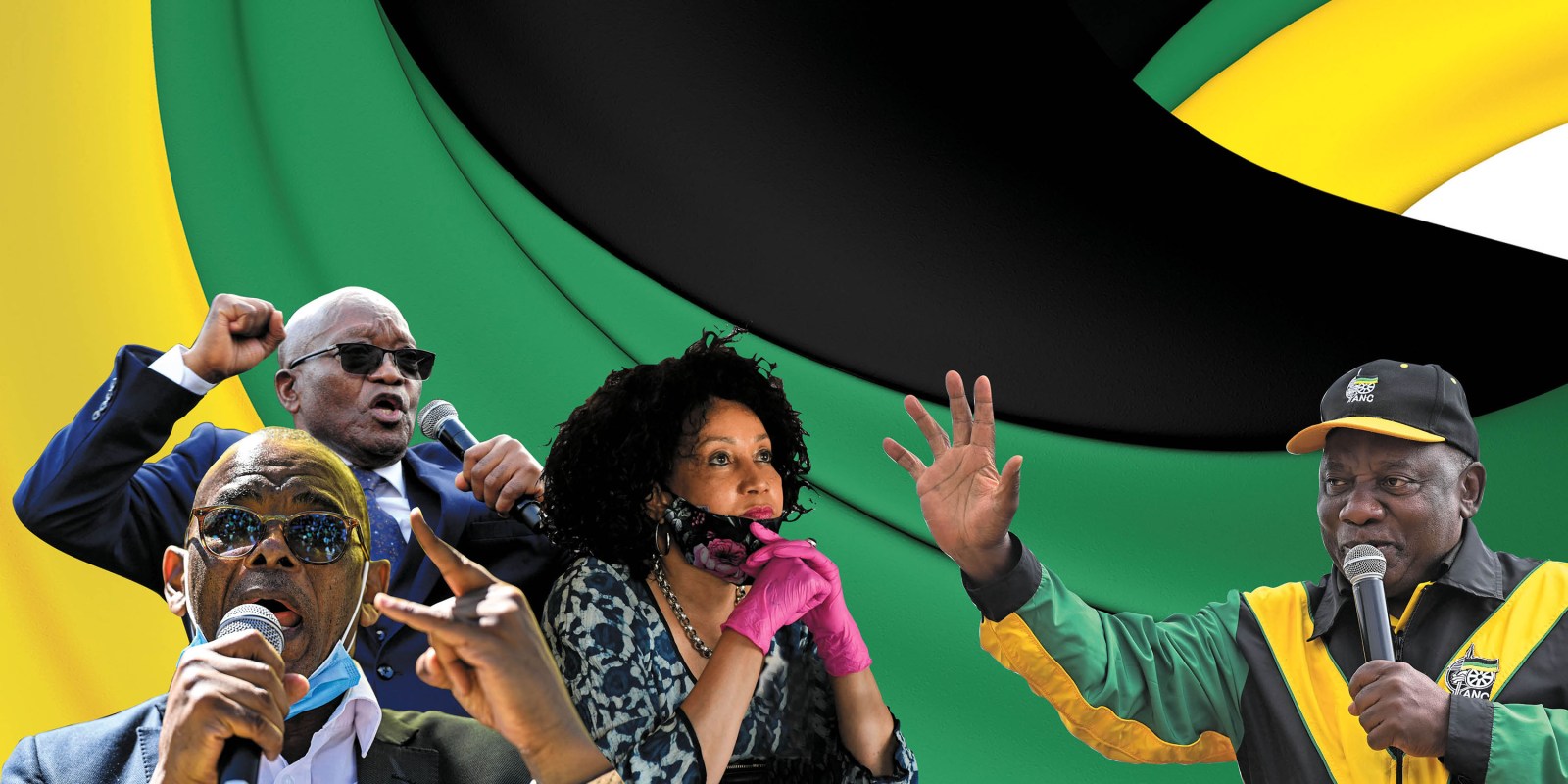 Once the dust has settled after the regional conferences, it will be clear whether the president has enough support to continue for another term.

As President Cyril Ramaphosa took time off recently to recover from a Covid-19 infection, leaving acting president David Mabuza in charge, three regional conferences of the ANC took place in the Eastern Cape.

Their outcomes have somewhat given the clearest indication that the political support that Ramaphosa previously enjoyed from ANC structures in the Eastern Cape may no longer be guaranteed.

Oscar Mabuyane, the Ramaphosa ally who is the ANC provincial chairman and premier, is likely to face a challenge from the governing party’s provincial treasurer and Public Works MEC Babalo Madikizela.

Both men support Ramaphosa. I will come back to this point later.

The two men are traditional allies. They are also both implicated in the scandal over the R2-million that was paid out of the coffers of the struggling Winnie Madikizela-Mandela Local Municipality and found its way into the bank accounts of Mabuyane’s personal architect and that of a Bentley dealership in Johannesburg, for Madikizela’s benefit.

The Hawks have investigated the matter and have left it to the National Prosecuting Authority (NPA) to decide what to do.

Thembalethu “Teris” Ntutu may be unknown to many, but in the Eastern Cape he is an influential power broker who has been a thorn in the flesh of the provincial leadership, under Mabuyane.

He was re-elected unopposed as the regional secretary of Amathole region of the ANC.

The region has made it clear that they want Madikizela at the helm of the province and Ntutu is poised to contest the position of provincial secretary, currently held by Mabuyane ally Lulama Ngcukayitobi.

Ntutu is a close ally of the ANC’s enfant terrible Andile Lungisa. The two are Mabuyane’s biggest critics in the province and never supported him in his ascendancy to become the provincial chairman. They were both also opposed to Ramaphosa’s presidency.

Both men want to see Madikizela as the next chairperson of the ANC.

The Alfred Nzo region where Madikizela comes from is also sitting for a conference this weekend and he is guaranteed the support of his home region.

So far, Mabuyane has the backing of OR Tambo region, where his close comrade Mesuli Ngqondwana was elected as regional chairperson.

In conferences power does not lie with the political principals, but rather with the power brokers who control the branches and their respective delegates.

So, if Madikizela emerges as the provincial chairperson, it will be with the support of groupings opposed to Ramaphosa.

The big question is whether Ramaphosa has enough support to continue for another term. But if he does not, then who emerges as a likely challenger to the President?

The tourism minister has been quietly campaigning, addressing obscure events at various places across the country.

Sisulu has told those close to her that she considers herself politically senior to Ramaphosa. She will be part of the Ace Magashule ticket, which will also include Magashule as a possible deputy president. This is why Magashule is challenging the NPA over his corruption case. He wants the case dispensed with ahead of the conference.

While the ANC is immersed in its factional battles, power is slowly slipping through its hands.

ANC insiders in Gauteng have resigned themselves to the party losing the province in 2024. In the recent local government elections, the ANC only managed 36.6% of the votes in the province. It was 45.8% in 2016.

Outcomes for provincial and national elections tend to differ from those of the local government elections. The 2019 result in Gauteng demonstrates that, as the ANC polled 53% of the votes, comfortably installing David Makhura as premier.

But the party expects to lose control, as it did in the Western Cape in 2009.

It also faces a similar challenge in KZN, having managed to get only 41% of the provincial votes in the 1 November elections.

Provincial secretary Mdumiseni Ntuli has alienated a lot of Zuma allies and the RET grouping does not want him.

What is not disputed, though, is that Zuma is back to being a political player in KZN.

The decision of the Gauteng High Court to set aside his medical parole is likely to provide political ammunition for Zuma and his allies. While the country counted billions of rands in losses suffered during the July unrest, Zuma’s political capital in KwaZulu-Natal appreciated at the same time.

The poor electoral outcome for the ANC in November has galvanised the RET grouping. This explains why Magashule has openly defied the party directive that he should not address any ANC platform while suspended. Ramaphosa’s detractors argue that the poor showing was as a result of the ANC moving away from its core constituency, the poor.

The regional conferences that will take place over the next few weeks and months will lead to consolidated provincial positions.

In exactly 12 months from now, we will know for a fact whether Ramaphosa will continue for another term or whether he will hand over power, for good this time. DM168