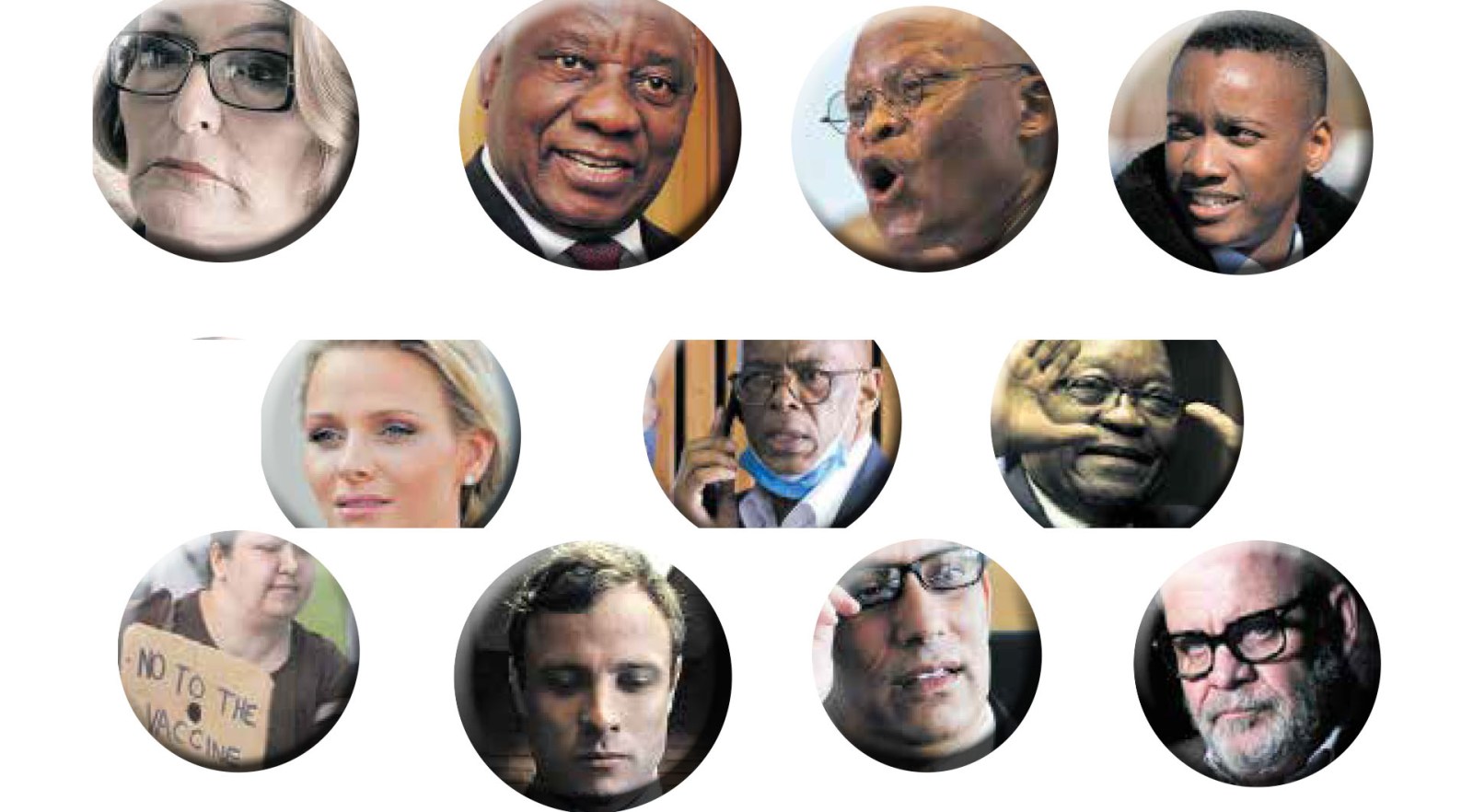 The dawning of a new year offers a chance for a fresh start. We respectfully offer some suggestions for public figures hoping to turn over a new leaf in 2022.

New Year’s Resolutions for Helen Zille: So, 2022 is the year I gracefully allow the DA to present me with an engraved gold watch and a nice farewell card signed by everyone in the office. While enjoying my well-deserved retirement from party politics, I acknowledge that I may occasionally feel the urgent itch to Tweet my powerful sense of discontent about something or other. In order to head off this inclination before I act on it, I will procure one of those little Zen sand gardens people keep on their desks, and gently rake a mandala pattern while practising mindful breathing.

New Year’s Resolution for Local Anti-Vaxxers: I will trade in my firmly held conspiracy theory about Covid-19 and microchips and government control for a less harmful crackpot belief, like the one about the Queen being a giant iguana.

New Year’s Resolutions for Princess Charlene of Monaco: In 2022, I will finally call Dirco Minister Naledi Pandor late at night from a burner phone and whisper a plea to be extracted from the window of my Monaco castle by an SANDF chopper. When I have been safely airlifted back home to Durban, I will WhatsApp Prince Albert to tell him he can stick his stuffy principality and gold ingots where the sun don’t shine. I will then send for the kids, change my name back to good old Charlene Wittstock, marry one of the local ex-Olympic swimming hunks, and live happily ever after in a nice bungalow in Ballito.

New Year’s Resolutions for Cyril Ramaphosa: In 2022, I will swap my preferred form of exercise – a brisk stroll in the early morning, stopping for selfies with appreciative white people – for the hiring of a seven-foot Congolese boxing trainer who will scream insults at me while I ferociously pummel a punching bag. Having harnessed all the simmering rage I can muster, I will stride into the office with a new aura of menace and start firing people like a goddamn maniac.

New Year’s Resolutions for Oscar Pistorius: While I recognise that one of the most appropriate uses of my post-prison life might be to volunteer all my time gratis to assist the work of the Gun Free South Africa campaign, I also see that an even better choice would be never to open my mouth in public again. In particular, I pledge not to do any of the following: give a teary interview to a TV station; write a book about how difficult prison was for me; start a charity for African child amputees in a transparent attempt to launder my reputation; or kill the new romantic partner I am unfortunately likely to acquire within days of leaving jail.

New Year’s Resolution for Axed ANC Secretary-General Ace Magashule: I will immediately stop plotting whatever sinister shit I am currently up to.

New Year’s Resolutions for Outgoing Chief Justice Mogoeng Mogoeng: As I bask in my new downtime, I absolutely promise not to try to cure anyone of a fatal disease through prayer. I will also stop discussing Satan in public in any kind of connection with Covid-19 vaccines. Instead of precipitating a judicial crisis by entering politics, which the terms of my retirement expressly forbid me to do, I will take up Sudoku.

New Year’s Resolutions for Independent Media Owner Iqbal Survé: This is the year I finally come to the realisation that my newspapers are not, in fact, my personal Facebook page, and rescind the order to editors of my newspapers that they are contractually required to print a full-colour photograph of me at least once every three days. In order to start paying back all the millions I owe to the Public Investment Corporation, I will confiscate all the computers currently used by the Tembisa 10 Investigations Team and set them to work furiously mining Bitcoin.

New Year’s Resolution for Duduzane Zuma: I will admit the fact that my plan to win the ANC presidency was premised almost exclusively on the assumption that everyone finds me as handsome as I find myself. I will acknowledge the difficult truth that ANC leadership does not work like a hereditary monarchy, and seek spiritual fulfilment instead in being a social media influencer with a mysterious income stream in Dubai. I also promise not to make any more episodes of my lockdown web series Zooming with the Zumas, as in retrospect I can see these were quite embarrassing.

New Year’s Resolution for Carl Niehaus: So, 2022 is the year where I finally return the camouflage soldier costume I hired from a party dress-up shop in 2017 and never gave back. I will also return the Luthuli House lanyard that Jesse Duarte has been leaving me increasingly shouty voicemails about. I will start paying back all the money people lent me for my parents’ imaginary funerals by launching a crowdfunding campaign where the public can sponsor me for every day I manage not to talk bollocks about Radical Economic Transformation.

New Year’s Resolution for Jacob Zuma: This year, I will finally remember to cut off my son Edward’s booze allowance – so that he cannot drunkenly shame himself on live TV – and my daughter Duduzile’s iPhone contract, so that she cannot use Twitter to help incite a riot. The only reason I will leave Nkandla in 2022 is to attend court for my corruption trial, which I promise to do without – under any circumstances – being tempted to pay a doctor (of philosophy) to write me a smudged sick note. The rest of the time I will sit peacefully in a rocking chair on my stoep, talking only to my last remaining wife, keeping my hands where everybody can see them and making absolutely no sudden moves. DM168