European-based African diaspora will be on show at Afcon 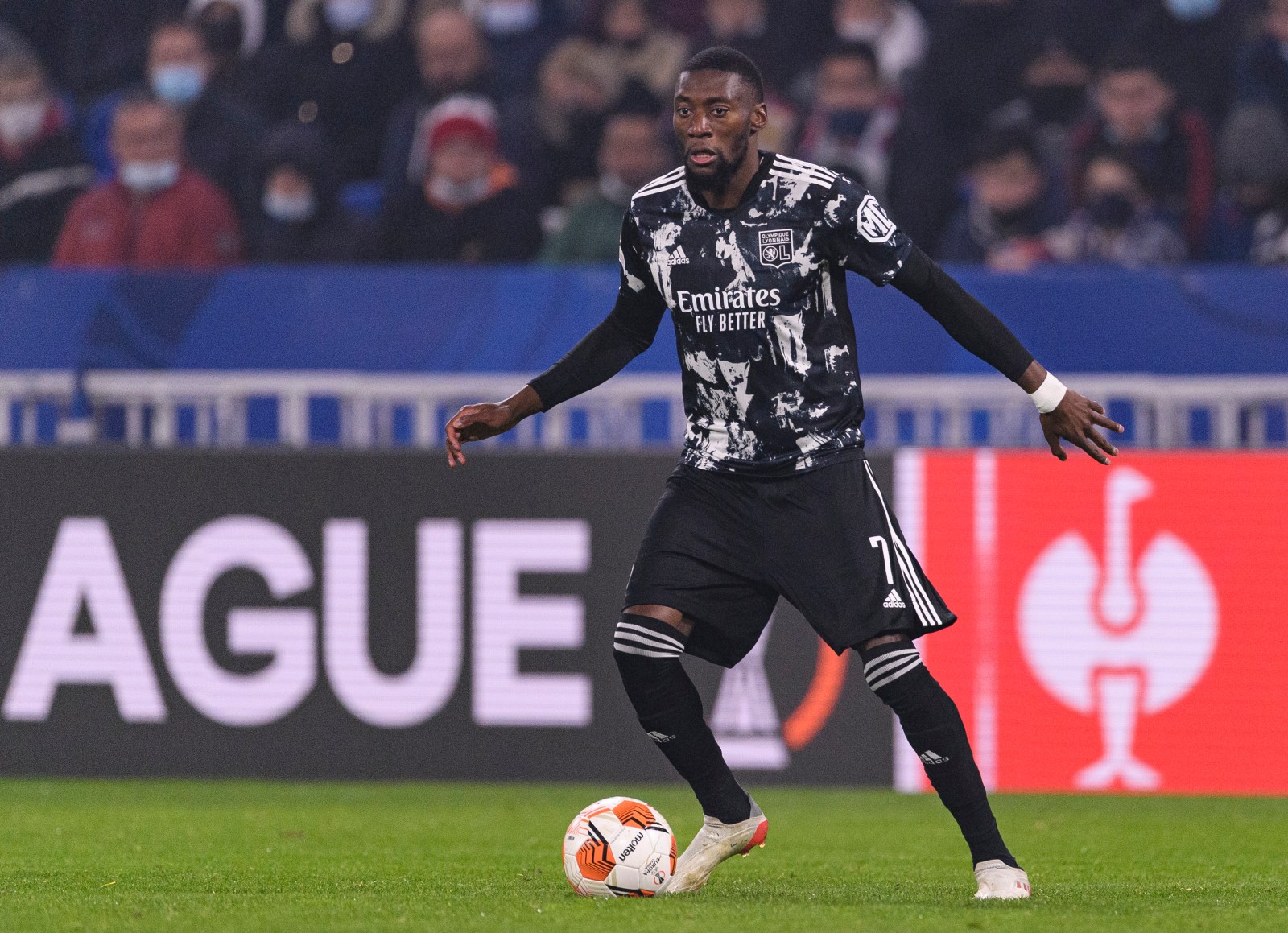 Karl Toko Ekambi of Olympique Lyon in action during the Uefa Europa League Group A match between Olympique Lyon and Rangers FC at Parc Olympique on 9 December 2021 in Lyon, France. Ekambi, who was born in France, will play for the Cameroon national team during Afcon 2022. (Photo: Marcio Machado / Eurasia Sport Images / Getty Images)

The Africa Cup of Nations will be filled with players born to African parents who have come through the European development system.

Thirty years ago, the Africa Cup of Nations (Afcon) finals were an exotic adventure and a bit of a busman’s holiday. There were only eight teams and most gathered at a single hotel, lounging around the pool when they were not playing or training and convivially mixing at the mealtime buffet.

There were always a handful of scouts in place too. The tournament was fast becoming a ready source of exciting talent at a time when European leagues were liberalising their rules on the use of foreign players and the market opening up for the cream of the African footballers.

The 1992 finals in Senegal, where South Africa were welcomed back into the membership of the Confederation of African Football (CAF) at the pre-tournament Congress, boasted only a handful of foreign-based players.

But even back then, there were already players born in Europe competing at the tournament – two in the Algerian side and fullback Reuben Agboola for Nigeria.

He hailed from Camden in London and had a Nigerian father, and his surname had alerted the Super Eagles to his connection with the country as he worked his way up the ranks of English football with the likes of Sunderland and Swansea City.

Along with Ali Bouafia and Liazid Sandjak, he was an exotic addition to the tournament.

But there was no hint then that the trio would prove the forerunner of a phenomenon that now dominates the African game and will be conspicuous at the upcoming finals in Cameroon.

The 33rd edition of the continental championship kicks off in Cameroon on 9 January 2022 and will be filled with European-born players. The French call them “bi-nationaux” – players born to African parents who have the advantage of having come through the European development system where the coaching, facilities and opportunities give them a distinct advantage over their counterparts growing up in Africa.

Northbound migration over the decades has created a generation with one foot on either continent … and, in football terms, a massive reservoir of ready-made talent for African national teams to pick from.

Many actively court players in the diaspora, employing scouts to try to persuade them to play.

For the most part, the “bi-nationaux” are players who have a fleeting chance at playing international football for the European country of their birth. They are much more likely to get capped by their African country of heritage and can be easily persuaded by the chance to participate in a Cup of Nations finals, or even better, the World Cup.

On rare occasions, there has been a veritable tug of war over top talent, like Morocco winning a battle of the heart with the Netherlands over Hakim Ziyech.

It can be either a choice of the heart or one of pragmatism. French-born Andy Delort suddenly decided well into his Ligue 1 career he wanted to play for Algeria a few months before the 2019 continental finals.

They were keen, too, on the striker and because his mother was Algerian, he was quickly naturalised in time to be selected for the tournament. “Life is complicated, we discover each other a little later. It’s a personal decision. I want to wear the Algeria jersey,” Delort said at the time.

With him in their ranks, the 23-man Algerian squad that won the last Cup of Nations in Egypt had 14 French-born players and nine home-born.

Both Algeria and Morocco might have among the strongest domestic leagues in Africa but, these days, there is rarely a player from a home club that makes the squad.

Increasingly, the Francophone sides are heading the same way, notably Senegal. Guinea and Mali also have no “locals”, and Ghana and Nigeria are increasingly turning to their sizeable emigrant communities in Britain, Germany and the Netherlands for players.

But just as many of the top contenders are benefiting from this source, the impact on some of Africa’s smaller countries has been even more marked.

The Cape Verde Islands and Guinea-Bissau are two former Portuguese colonies that in the 1990s were still intermittently entering continental qualifiers. They often did not have the means or the players to compete in the World Cup or Cup of Nations qualifiers.

But this is the third time that both have qualified for the Cup of Nations finals inside the past decade in a remarkable ascent up the ladder of African football success, largely on the back of efficiently scouring the world for talent to strengthen their national team.

For both countries, the majority of the squad now were born to parents who left the colonies to work in Portugal. But Cape Verde also has a sizeable community in the Netherlands, especially in the suburbs around the harbour in Rotterdam.

Several of their regulars now are Dutch-born and have a hard time communicating with their teammates.

Guinea-Bissau also has a French-based community, who historically travelled through neighbouring Senegal first before moving across the Mediterranean.

The most extraordinary reservoir is to be found in Marseille, where over the decades a large migrant community from the Comoros Islands has gathered.

While it in no way rivals the million-strong population on the Indian Ocean island archipelago itself, it is of significant size to provide the backbone of key players who have helped the small country to qualify for a first Cup of Nations finals.

Coach Amir Abdou is from Marseille and his first task, when he took the job some eight years ago, was to persuade players from the diaspora to commit to the team, steadily growing the standard from those in the amateur ranks to players competing in the top three tiers of French football.

“It was difficult, but I don’t think any of them regret a thing,” recalls Abdou. “This is a fervour, a love for the jersey and for the homeland.”

Abdou spent as much time coaching and preparing for internationals as he did organising travel and even the team’s kit. Sometimes he had to dip into his own pocket to help with the logistics and he was part-time until 2017, when the offer of a miserly monthly salary of just 2,000 euros gave him enough leeway to leave his job working in the youth services in Agen.

As for the scouts … well, there is now little point and they are long gone. By the time the players get to the Cup of Nations finals, they have long been spotted and found their way into the professionals ranks. DM168