SPORTSPERSON OF THE YEAR 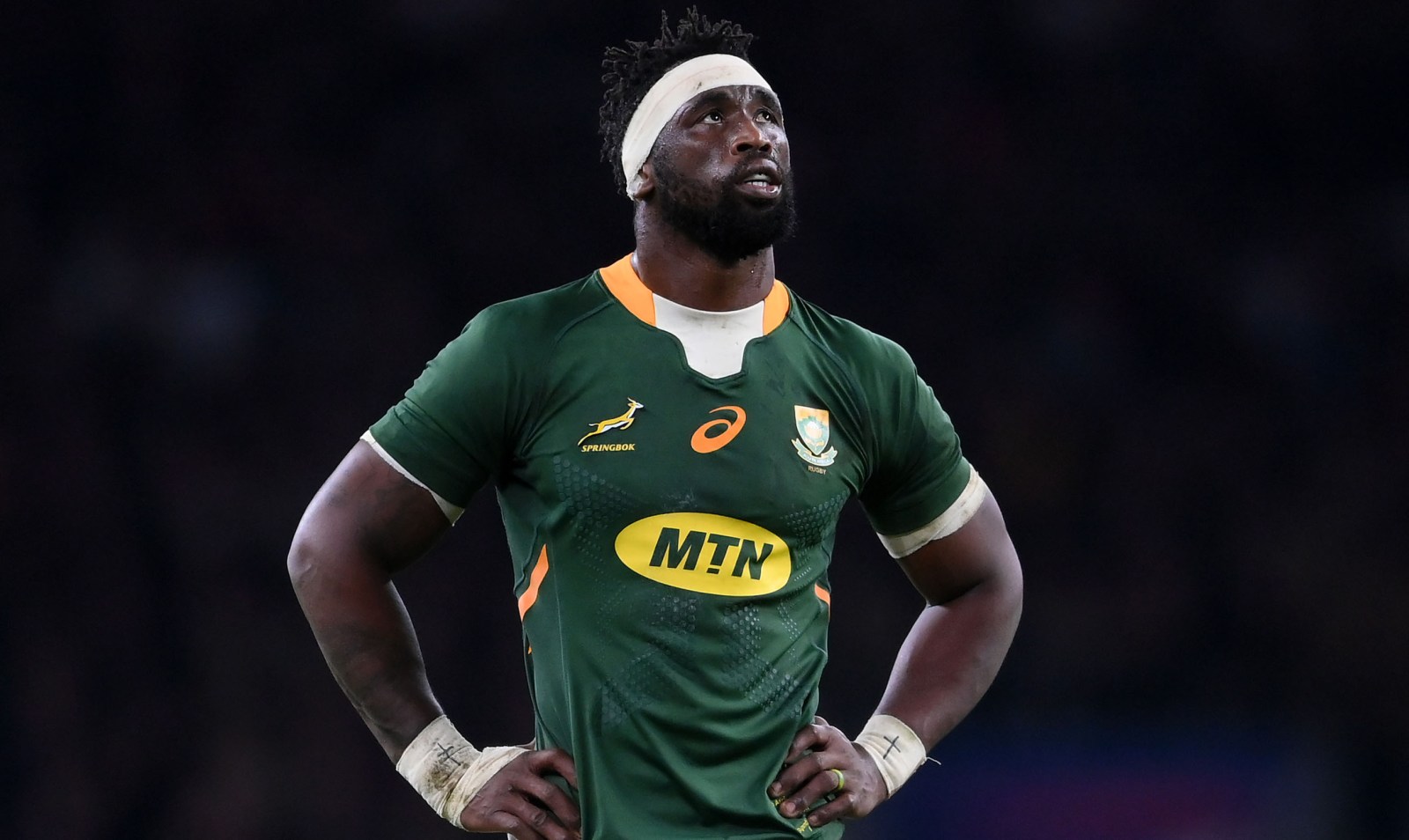 A resilient Siya Kolisi led his team from the front in a year when the Springboks were forced into hibernation because of Covid-19.

Almost two years after that World Cup triumph in Japan, the Springboks emerged to compete once more. Just as he had led his charges impeccably when the Boks beat England in the final, Siya Kolisi led from the front and by example once more in 2021.

In the past year, Kolisi and his teammates etched their names into rugby folklore, going toe-to-toe with the imposing British & Irish Lions, felling the iconic side 2-1 during the three-match series hosted by the South Africans. During the 12-yearly series, Kolisi demonstrated why he is rated among the best in the world.

The loose forward was at his bullish best throughout, even as the Boks’ rustiness after such a long lay-off from competitive rugby crept in on occasion.

There were questions over Kolisi’s own form. Before he switched from the Stormers to the Sharks, the 30-year-old had been hampered by injury as well as occasional dips in form. When the Springboks finally returned to action, however, Kolisi would prove to be a key member of the team – both on and off the field.

The Springboks had to display ample amounts of mental fortitude as they were confined to bio-bubble life for months on end, both in the lead-up to the British & Irish Lions’ visit, during the series itself, and for the Test that followed after.

Kolisi, as the captain, exemplified the type of attitude that the team carried throughout this testing period.

“We’ve missed a whole year of rugby, so we’ll do anything to play and we don’t know what’s going to happen with the virus in the future,” Kolisi said in August.

“We’re appreciating the time that we have and we are in a privileged position when people are losing so many things while we’re still able to do our jobs.”

Kolisi was also immense for the South Africans in the Rugby Championship, despite a mixed bag of results for the team that saw them beat Argentina twice, before losing twice to Australia. They also lost a tight contest to New Zealand, but beat the All Blacks in a reverse fixture. In each encounter, whether the result was a win or loss for the Springboks, Kolisi’s contribution as captain and player was there for all to see.

The captain’s street smarts, his physical prowess, work rate, defensive output and wiliness at the breakdown placed him among the best performers in international rugby this year.

Those attributes also coincidentally mirror the playing style of the Springboks, which has regularly come in for criticism from outsiders who call it bland or boring.

Despite this criticism, South Africa still ended the year as the number one-ranked side in the world, after winning eight of the 13 Tests they played this year.

Once again, as the Boks beat Wales and Scotland, before narrowly losing to England, Kolisi showed his value, along with the likes of Malcolm Marx, Eben Etzebeth, Makazole Mapimpi and Lukhanyo Am.

Surprisingly, none of the quintet made World Rugby’s Player of the Year shortlist. They were, instead, all included in 2021’s “dream team”.

“I don’t look too much into those things,” the loose forward said when asked about the shortlist omission. “You have to be able to take in both the good and bad stuff that’s said by people outside, but I decided not to read into those things.”

When not donning the green and gold, the Springbok captain continued to influence the lives of others through his work with the Kolisi Foundation, which he launched alongside his wife Rachel in 2020.

“I don’t think too much about my achievements but rather what can be done on and off the field to make South Africa a better place for generations to come,” Kolisi said in October. “Those things must be sorted out so that you can focus on becoming a better player.”

The Bok captain added another feather to his cap when his authorised biography, Rise, was released in October 2021.

The book, published by NB Publishers, chronicles his life, from being a young boy in the township of Zwide in the Eastern Cape to being the first black man to lead the Springboks to a Rugby World Cup triumph.

With all these milestones in mind, it can be unequivocally said that Kolisi rose to the occasion emphatically in 2021.

Come 2022, he will once again look to be a cornerstone for the Springboks, Sharks and South African society at large. DM168

Despite his short stature, Proteas captain Temba Bavuma stood tall during one of the most testing times for South African cricket.

His coach, Mark Boucher, was fingered for racism during Cricket South Africa’s (CSA’s) Social Justice and Nation Building hearings and the captain had to field questions on this subject. Bavuma did this gracefully.

When CSA issued a mandate that the Proteas players should take the knee for their second game of the Cricket World Cup against New Zealand, wicketkeeper Quinton de Kock pulled out of the game.

Despite criticism of De Kock from the outside, Bavuma was open in addressing a key issue with the mandate: the players were not consulted beforehand and the batter called out CSA for its PR-esque approach to the issue of racial discrimination, both in sport and South African society.

On the field, a Proteas side in transition made some strides, but also suffered setbacks. The team was eliminated during the group stages of the World Cup on net run rate. Still, Bavuma broke away from cricket’s age-old “boys played well” talk and was honest about the issues that plague the team. – Keanan Hemmonsbey/DM168

Tatjana Schoenmaker narrowly missed the top spot for Sportsperson of the Year, by only 0.8%. However, in 2021, she was number one on the world’s biggest sporting stage.

Schoenmaker was SA’s shining light at the 2020 Tokyo Olympic Games (held in 2021), claiming two of the country’s three medals won at the Summer Olympic games held in Tokyo, Japan.

She claimed gold in the 200m breaststroke event, breaking the world record in the process.

Schoenmaker, who won silver in the 100m breaststroke on 27 July, was competing in her eighth race in five days when she stormed to gold in the 200m final with a world record time of 2:18.95. Team SA teammate Kaylene Corbett finished fifth in the final.

Schoenmaker entered the Olympics as the number one seed in the 200m breaststroke. She became the first woman to break the 2:19 barrier, comfortably lowering the previous mark of 2:19.11 held by Denmark’s Rikke Møller Pedersen.

Winning the gold was sensational, but Schoenmaker’s genuine surprise when she realised she had broken the world record in the process led to a shriek and the most dazzling smile of the Games. It was a moment that will be replayed for many years. – Keanan Hemmonsbey/DM168