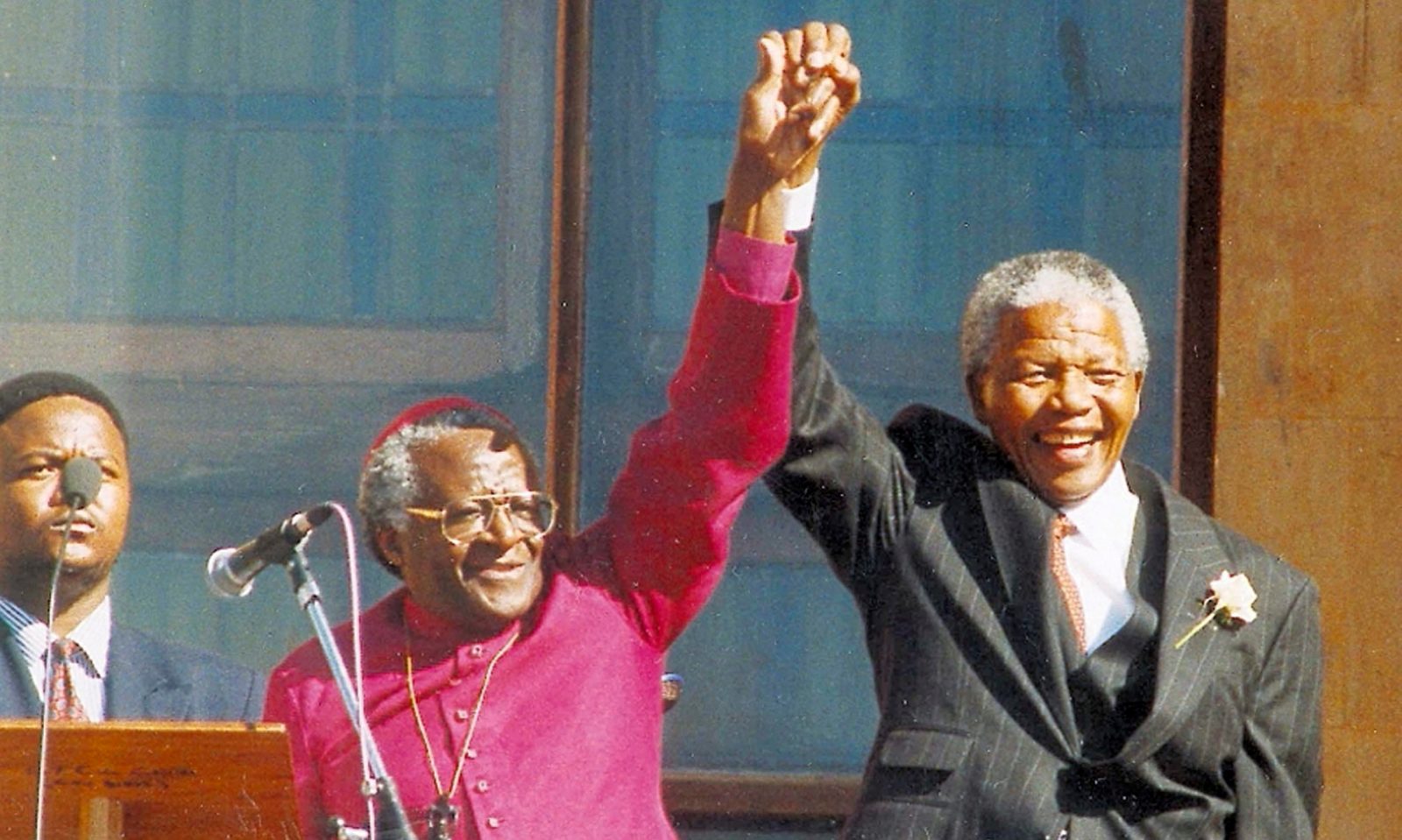 What seems most often to be forgotten when speaking of the Arch is that Desmond Tutu was a husband and father as well as an activist, priest - and a politician, though certainly not in the traditional sense.

The Arch is dead. Desmond Mpilo Tutu, archbishop emeritus of the Anglican Church and Nobel Peace Prize winner who fought a long battle with cancer, died on December 26, 11 weeks after his 90th birthday.

His work within and after South Africa’s Truth and Reconciliation Commission (TRC) reinforced his position as an international icon, alongside the likes of Mahatma Gandhi, Martin Luther King and Nelson Rolihlahla Mandela.

Yet, in 1995 when the idea of a TRC was being widely debated, Desmond Tutu was 64 and planning a quiet, devotional retirement.  He had achieved so much, often in extremely fraught circumstances, and had risen to the highest position in his church.  His campaigning against apartheid on the basis of peace and justice had also earned him the Nobel prize in 1984, the Albert Schweitzer prize for humanitarianism in 1986 and, a year later, the Roman Catholic Peace on Earth award.

Time, he thought, as he neared 65, to take things a little easier, to read, write and concentrate more on family. I was interviewing him at the time for the United Nations press service and he explained that his immediate plan when he stepped down in Cape Town as archbishop, was to spend a year in a religious retreat in Australia. There he would write “a definitive book” on the transfiguration, the belief that the wine and wafer consumed during Christian communion represent the actual blood and body of Christ.

It was another example to me of the depth of his religious conviction and it was no surprise when he also expressed concern about the TRC.  “Reconciliation is a theological concept. Politicians should stay out of it,” he noted.

At the time, the talk in political circles tended to regard reconciliation as a synonym for the compromises thought necessary to bring together former enemies and antagonistic parties.  But to Desmond Tutu reconciliation was a matter of salvation, of those estranged from God being brought back, via atonement.

In the event, the final form of the TRC accorded broadly with his religious outlook. Tutu agreed to become the commission’s chairperson. It was quickly made clear that there would be no “witch hunts”.  Perpetrators who publicly and honestly atoned for their sins would be granted amnesty. Violence exercised by both the oppressor and oppressed would be treated equally.

It was only after the TRC completed its hearings and presented its report to then-President Nelson Mandela, that Desmond Tutu found a retreat where he could reflect and write.  It was a long way from Australia and transfiguration.  He went into retreat at the Candler School of Theology in the United States and the result was a powerful and justly hailed memoir, No Future Without Forgiveness.  It focuses on the TRC and was published in 1999.

By then there was no chance of retirement. The Arch was in as much demand as he had ever been.  A consummate orator, he had carried his message of peace and justice to many countries during the most turbulent times of the anti-apartheid struggle, astutely weighing the political environment he found himself in before choosing his words.

A classic example in the 1980s was when he addressed a mass service in a stadium in Panama during the military dictatorship of Manuel Noriega. Using  apartheid South Africa as an example, he highlighted the sorts of human rights abuses that were then being perpetrated in Panama.  And he noted, using one of his favourite expressions, that dictators tended eventually to “bite the dust”.  He listed Hitler, Idi Amin and Nicaragua’s Anastasio Somoza. Then he paused.  It was a dramatic moment and the message had clearly got through to the hushed audience.  He looked out over them and slowly shook his head, in apparent reprimand and announced:  “No, no.  I’ll go back to Africa”, promptly resuming his description of events “back home”.

It was a classic example of his determination to preach justice and to speak truth to power while being shrewdly aware of how best, politically, to package the message. It was a role he felt called upon to play in serving a just and mysterious divinity. And that put him and his family under constant pressure, the least of it being death threats and abusive telephone calls. For what seems most often to be forgotten when speaking of the Arch is that Desmond Tutu was a husband and father as well as an activist, priest and, certainly not in the traditional sense,  a politician.

He was also an expressed egalitarian who was at the same time comfortable in the hierarchy of the church. And, on matters of principle, he could forcefully exercise his authority. One of the clearest examples was shortly before the 1994 elections. A group of Anglican clergy, mostly from poorer, black parishes, had signed an advertisement supporting the ANC. The Arch was furious. He demanded written apologies, making it clear that if these were not forthcoming, the parish priests who had signed the ad would lose both their licences and their livings.  All bar one — an Anglican academic not beholden directly to the diocese — tendered letters of apology.

It was not that the Arch opposed the ANC. Far from it. But he felt that the church should not be involved in specific party politics. It was the same reason that he agreed only to be the patron of the broad umbrella bodies of the anti-apartheid coalitions that emerged in the 1980s, the United Democratic Front and the National Forum.

This principled activism was, like his involvement with the TRC, another of the paths dictated largely by circumstance that he felt compelled to follow. Had he been born into any conventional parliamentary democracy, he might have achieved his early wish and become a doctor. But it is impossible to suppose that he would not have made a mark as a much-loved humanitarian in whatever field he chose to follow. DM