SA POLLUTER OF THE YEAR 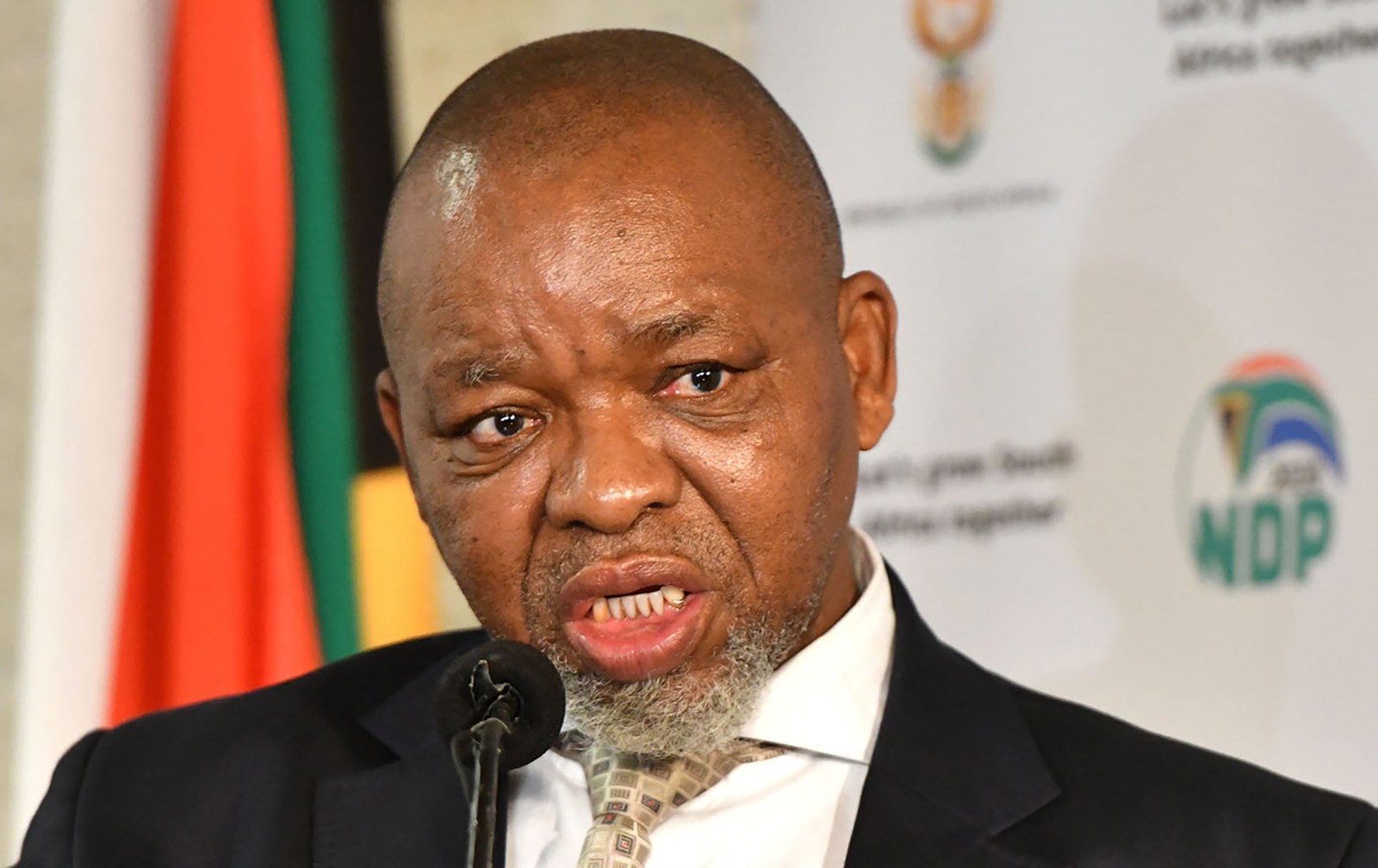 The winner of SA Polluter of the Year is Minister of Mineral Resources and Energy Gwede Mantashe, according to votes by Our Burning Planet readers.

Responsible for a portfolio that already oversees some of the most environmentally destructive and harmful practices from seismic blasting to open-cast coal mining, Mantashe started off at a disadvantage, but seemingly cemented his position as polluter-in-chief over the course of the year.

A recently leaked CSIR study obtained by Reuters showed that “more than 5,000 South Africans die annually in the nation’s coal belt because the government has failed to fully enforce its own air-quality standards”. Nearly a quarter of households in the region, where 3.6 million people live, have children with persistent asthma.

Despite the health and environmental implications of continued coal use, Mantashe’s department – as custodian of the 2019 Integrated Resource Plan (IRP 2019) – still intends to add even more coal to the energy mix.

The IRP 2019 provides for 1,500MW of additional coal power by the year 2030. Coal currently supplies 75% of the country’s electricity and the government has made the commitment to reduce that to 60% by 2030.

A new study released by the Energy Systems Research Group at the University of Cape Town has found, however, that the Department of Mineral Resources and Energy plans to procure this 1,500MW of new coal-powered electricity will cost at least R23-billion more than a least cost optimal electricity plan, and will result in 25,000 economy-wide job losses by 2030.

Mantashe and the Department of Mineral Resources and Energy have tried to combat discontent regarding the addition of coal into SA’s future energy mix by offering “clean coal” technologies as a palliative.

In a recent tweet Mantashe said: “We must continue to invest in cleaner coal technologies and innovation and make sure that these options are not kept under the radar. Some work is happening in this regard, and we need to intensify this effort.”

But while Mantashe is pushing “clean coal” technology, his Cabinet colleagues have been meeting with climate envoys from the US and Europe to explore opportunities to finance and support South Africa in its green energy ambitions.

While the rest of the world look to rapidly exit the era of unabated fossil fuel consumption, Mantashe at the Africa Energy Week, held from 9 to 12 November in Cape Town, said Africans should seize the moment and position African oil and gas “at the forefront of global energy growth”. Co-opting the rhetoric of pan-Africanism and anti-imperialism, he railed against a developed Global North, explaining that Africa was being “encircled” by “rich and powerful” nations intent on unfairly seeking to stifle the beneficiation of Africa’s oil and gas reserves and the economic development that would follow.

Mantashe continued, “Our continent, collectively, and her individual countries, is made to bear the brunt of the heavy polluters. We are being pressured, even compelled, to move away from all forms of fossil fuels – including resources such as gas, which have been regarded as key resources for industrialisation. Africa must seize the moment, we must, indeed, ‘Position Africa oil and gas at the forefront of global energy growth.’”

An article in New Frame best sums up the inherent hypocrisy in this position, noting that by looking at who is exploring and extracting oil and gas on the continent both historically and now, Mantashe “will find it is almost entirely dominated by companies from the Global North”. One needn’t look much further than Royal Dutch Shell, currently at the centre of controversy over its activity off of South Africa’s coast.

Though Mantashe is correct to lay the blame for historical emissions that have brought the planet to the brink of crisis at the doorstep of the developed world, it is African countries who already are and are projected to increasingly bear the brunt of climate change. Southern Africa is already heating at twice the global average.

Mantashe has also recently been party to the formation of the Energy Council of SA, which Mantashe said would act as the “one voice for the energy sector”. A worrying statement considering the current composition of the energy council.

Its chairperson is Fleetwood Grobler, president and CEO of Sasol, SA’s second-biggest polluter and a major coal user. Although open to those in the renewable energy sector, its executive is led by the CEOs of major fossil fuel companies such as Eskom, Exxaro, TotalEnergies SA and Anglo American. DM168

The 14,000m² storage facility of UPL, formerly known as United Phosphorus Limited, went up in smoke during the July unrest. Although arsonists lit the matches and hurled the petrol bombs, questions are being asked as to whether this absolves the Indian agrochemicals giant from all legal responsibility because of its alleged failure to secure mandatory environmental approvals, or compliance with Major Hazardous Installation regulations, city planning by-laws and a Certificate of Registration for the storage of flammable substances.

Shell has drawn the ire of communities and environmental activists across SA in recent weeks over its Wild Coast seismic survey. The survey area is in water depths that range between 700m and 3km. The survey will be conducted by underwater seismic airgun blasts. Scientists and environmentalists have raised concerns about the “disastrous effects” of these assessments on marine organisms, animals and the environment. DM168