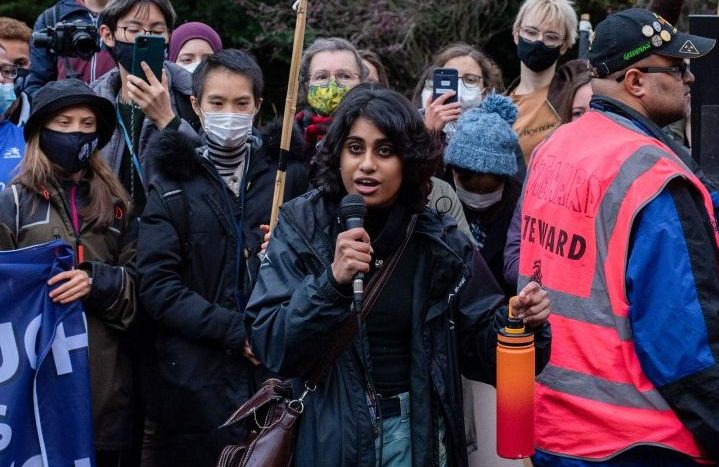 The young ecowarriors challenged Global North leaders to take responsibility for what they have done to their homelands.

Extreme weather events in the form of floods, droughts and impacts such as locust plagues and famine have been some of the ways in which the environment has been crying out for help. And to the rescue has been the global youth environmental movement and its many activists, including those in South Africa, which has continuously raised the alarm about the trouble the planet is in.

The more the environment collapses, the louder the voices of the youth become in calling for us to take climate action and do so now. It’s fitting that these people be named Daily Maverick’s Ecowarrior of the Year.

The youth want to protect their future. They urge leaders to take urgent action because we’re fast running out of time – a consequence of the leaders’ lack of action.

The voices of the youth were heard at the “blah blah blah” conference –  COP26 – when they filled the streets of Glasgow, Scotland. This was a continuation of their efforts from long before the conference.

South Africans Ayakha Melithafa, Tyler Booth, Sibusiso Mazomba and Raeesah Noor-Mahomed joined hundreds of like-minded youth, including Greta Thunberg, to make leaders at COP26 “uncomfortable”, saying: “If we don’t ask these difficult questions about finance and investing in the Global South, then who will?”

Leaders failed to take urgent and impactful action at COP26, according to activists. At the conference, the Global South was largely ignored, but the youth movement was present with mass diversity.

The movement has been largely driven by youth activists from the northern hemisphere, but voices from the South quickly gained momentum. They highlight the fact that the South will be the most affected by the crisis.

The diversity of the youth movement has also been intersectional, something that has been missing from the leading nations’ leaders.

The voices of young northern activists have been amplified, but young activists from the South have equally pumped up the pressure on leaders. They urge Global North leaders to take responsibility for what they have done to their homelands.

We’ve all started to take notice of the rate at which the planet is burning and which parts of it ache as it does. Now, more than ever, our interest has shifted to keeping abreast of what the science is saying about the Earth and how we can do better to save it.

Changing lifestyles is a tough transition, but the youth have called on us time and again to, at least, do it for them and their future. The hard tactics of traditional activism have taken a spin with these young activists. Their emotional pleas and young voices have struck a chord with many, becoming a tool that has been effective in encouraging climate action.

They have made it clear that the people do have an impact on what happens. But they have also redirected our attention to the fact that the main responsibility lies with major corporations and world leaders.

Those with the power to do better have repeatedly failed to take significant climate action, but that has only fuelled the youth environmental movement to raise their voices and demand better from us all – for the sake of the environment.

Our planet is burning. We are living through the effects of the climate crisis.

Through it all, activists, leaders and scientists are doing their utmost best to keep us afloat – even as the ice melts and the sea levels rise. DM168

Bob Scholes, the late climate scientist, was one of the leading environmentalists to come out of the country and the world. Scholes was one of the principal authors for the sixth Intergovernmental Panel on Climate Change (IPCC) report that earlier this year declared “code red for humanity” as far as present and future impacts of the climate crisis are concerned. He had also authored the third, fourth and fifth editions of the IPCC report, dedicating his work to understanding the planet and its ways.

President of the world’s “superpower” superpolluter, Joe Biden, has made significant steps on paper to move the US away from its environmental notoriety. These include the US returning to the Paris Agreement following the previous administration’s withdrawal, and a promise to cut greenhouse gas emissions by a gigaton by 2030 and to lower energy prices. DM168 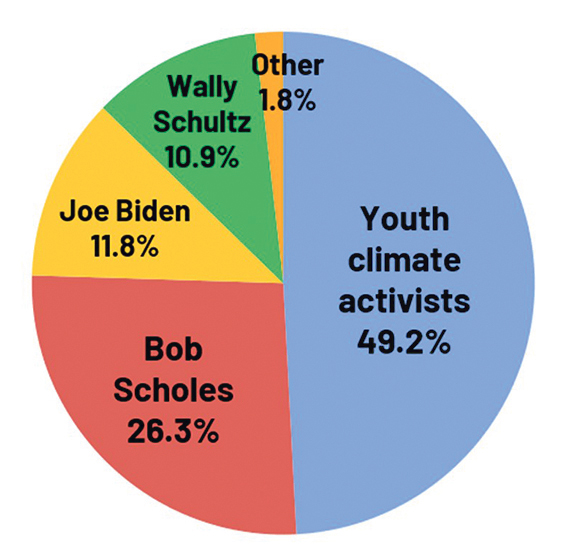