The Great Melt: A poignant journey into the heart of our climate disaster 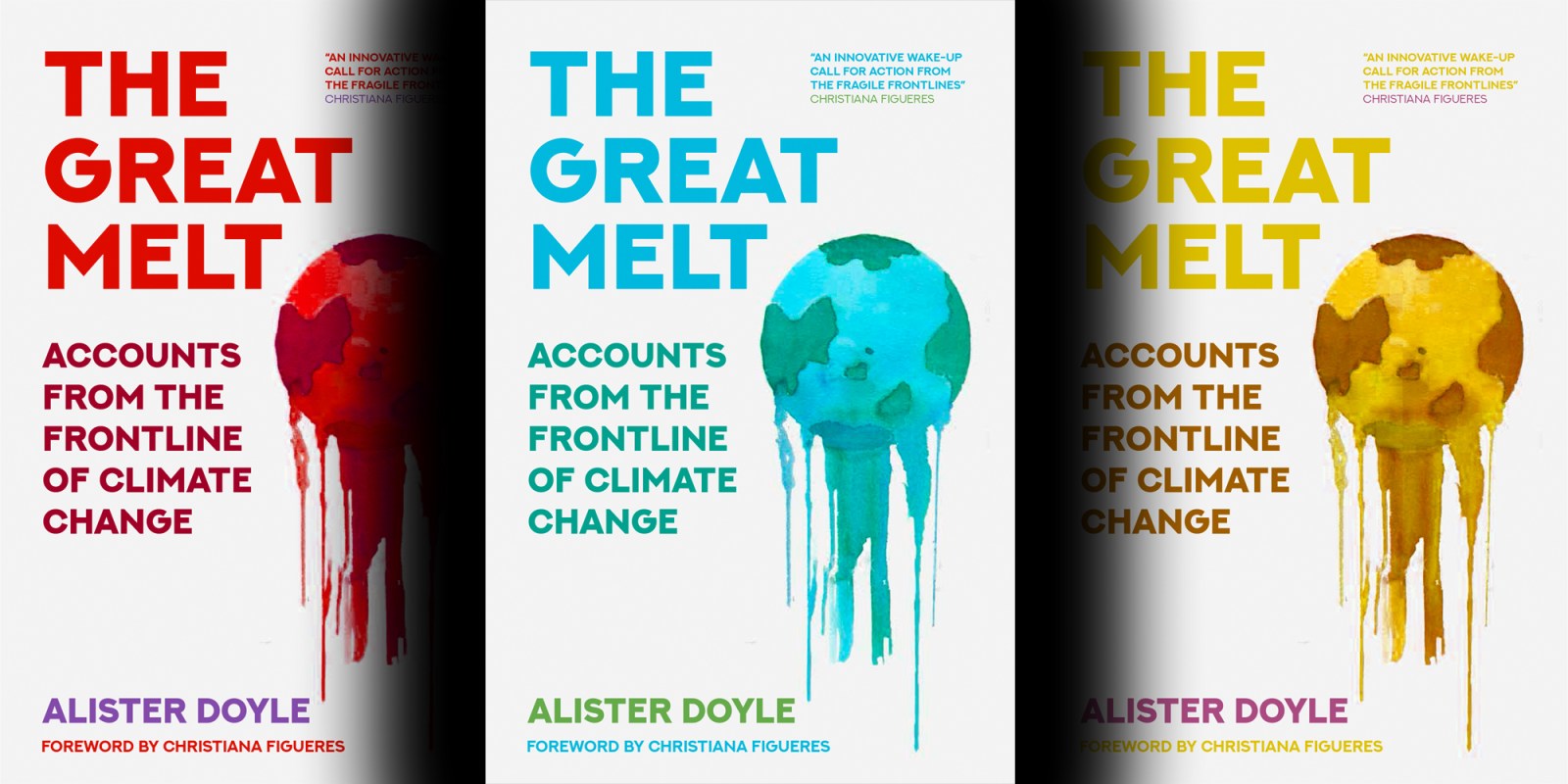 In ‘The Great Melt: Accounts from the Frontline of Climate Change’, Alister Doyle takes readers around the globe for a first-hand look at the unfolding drama of our warming planet. It all makes for a compelling and timely read.

Doyle is among the literal handful of people to have stood upon the doomed section of the Wilkins Ice Shelf off Antarctica. While he does not make this point himself, this reviewer will note for the record that more people have directly viewed the far side of the moon. And someone in the future will no doubt gaze while in orbit upon that dark lunar landscape again. But no one will ever again set foot upon that part of the Wilkins.

Doyle was part of the first and only human visit to the area while it was still visible on maps, landing on it in January 2009 in a small red plane that was part of the British Antarctic Survey. It is his opening frontline account of climate change in The Great Melt, and it is poignant. That part of the world “has since vanished off the map in a chaos of icebergs”.

“From the sky, the Wilkins looks like a giant has angrily emptied out a jigsaw puzzle, his brain numbed by the jumble of white and bluish pieces, to create a senseless clutter. Or it’s like someone has dropped a massive wedding cake and shattered icing is everywhere. There’s no way of easily gauging the scale, there are no buildings or trees to give a sense of size in Antarctica, in fact there are only a few colours: black rocks, white ice and blue sky and water,” Doyle writes.

“As the propellers spin to a stop, the silence takes over on a near-windless day by the Southern Ocean. No one has ever been to this spot before – and no one will ever come back. No one knew at the time in January 2009, but this part of the ice shelf was weeks away from breaking up for good in April into massive icebergs, probably after being in place for thousands of years. Now the region is open water in the brief Antarctic summers.”

Now you see it, now you don’t.

The break-up of the Wilkins is one of many signs that the great melt is under way on our burning planet. Oslo-based Doyle, who for many years covered the environment for Thomson Reuters, brings a seasoned reporter’s grasp to the subject matter. He has covered many a UN climate conference, but his narrative thankfully does not get lost in the fog of climate policy.

This is frontline reportage, from far-flung places such as the island nation of Fiji in the Pacific Ocean where the government relocated 150 people to higher ground in 2014 from a flood-prone coast.

“It was a wrenching shift for families who had to abandon graves of their ancestors, but it is generally hailed as a success that could guide displacement elsewhere,” Doyle writes.

He also visits, among other places, Iceland, land of fire and ice, which is losing its glaciers at an alarming rate.

This reviewer certainly learnt a few things, which is one measure of a book.

For example, I was unaware that in Sweden the level of the Baltic Sea is actually falling relative to the land. That goes against the grain of rising sea levels. But this is because the region is literally on the rise from the Ice Age 10,000 years ago, which compressed the land beneath the sheer weight of the ice. Doyle visits a boulder which was mostly submerged in the 16th century – hunters would spear seals atop it – which now stands high and dry in the Swedish forest.

The cast of characters in The Great Melt are both current and historical.

Anders Celsius, who invented the temperature scale named after him, had a starring role in the 18th century in attempts to solve the mystery of the rising Baltic landscape, using data gleaned from the “seal rocks”.

The Great Melt is a very readable dive into one of the most pressing issues of our day. DM/OBP

(Full disclosure: this reviewer and Doyle were both formerly Thomson Reuters correspondents and know each other personally).

The Great Melt: A poignant journey into the heart of our climate disaster