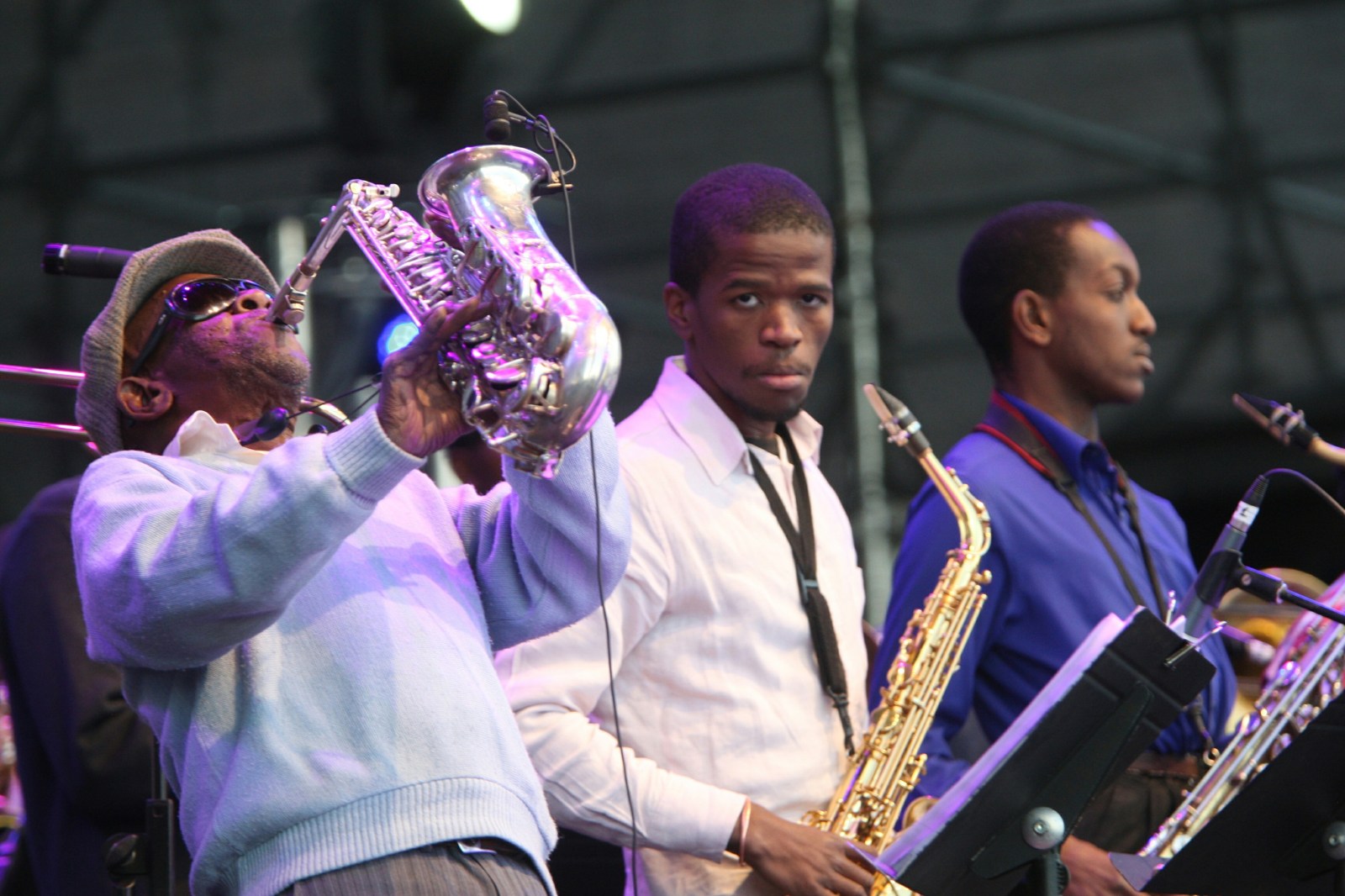 Preparing for a jazz gig on 13 November 2021, I learned of the passing of my South African music soul brother and boyhood idol, Barney Rachabane. He was 75.

The words of US alto saxophonist Eric Dolphy ran through my head in that moment:

“When you hear music, after it’s over, it’s gone, in the air. You can never capture it again.”

The words echo my sentiments about Barney – a little giant, whose music and unique sound I got to know in my youth, and one that became pivotal in my later years. Reflecting now, after his passing, I believe musician Kevin Davidson’s academic article reviewing Barney’s stylistic traits, appropriately captures his contribution to the South African music landscape. He regards the late artist as a master of capturing the listener’s emotions, helping shape a definitive homegrown, African sound.

In this tribute, I deliberately avoid categorising Barney’s music into a genre. After all, when Chris Walton and I asked him about his music-making for our book Unsung, he responded:

“I am quite versatile, I could play anything. I also played in The Buddy Holly Story; that was a rock-and-roll oriented musical. I could play mbaqanga, and I did a lot of sessions with all kinds of music: classics, soundtracks, whatever. I played flute, soprano and alto sax, tenor sax. So, I do a lot of work in different spheres of music.”

Now that he has passed, the tributes will keep coming. Academics will drill into the details of his life story and his life’s work. They will establish exact dates of recordings, correspondences, performances and interviews. They will map associates, influences and antipathies. Definitive collections, bootlegs and archival fragments will be released.

Paradoxically, it’s at this point that Barney will be lost to history – the actual history in which he died and lived. He will become part of the obligatory jazz experience and the world of respectful citations, lineages, and footnotes. His music might, with luck on its side, not suffer the same fate.

Alexandra township in Johannesburg was an early site of black resistance to white minority rule and apartheid in South Africa. It was also an important cultural hub. It’s here that Barney was born in 1946 into a working class, music-loving family. He admired the great jazz musicians of the time, like saxophonist Kippie Moeketsi, and as a young boy started performing in a street penny whistle band.

Barney worked actively against apartheid yet took the decision to play in Paul Simon’s contentious Graceland project, which earned him good money and helped make him famous. He would play with the greats and tour the world.

The romance of the penny whistle flute buskers in a South Africa segregated by law resonates with the stories of the many street musicians of every genre, globally, who are harassed daily by authorities – only to ingeniously return in some better disguised corner of the public realm.

Encountering the saxophone was, according to Barney, a key to directly unlocking the many recordings of American Jazz, by then part of America’s cultural exertion of soft power on all nations in danger of Soviet ideological influence. Barney saw it as his vocation to imitate this music in a long, self-taught adventure, while finding ways to fit it over what he called “our music”. He told Walton and I:

Barney’s long experiment took him on a cosmopolitan trip, an epic journey that included a working proximity with, but never absorption into, the different experiments that were then trying to distil a new music fitted to the South African experience from the eclectic sources of South Africa’s post-1959 jazz boom (that began with the breakthrough musical King Kong) and the Broadway musical. Barney’s discernment is evident in the many recordings he did not make during this period, as much as in those he did.

His project has often been papered over the clichés of the Paul Simon episodes. But Barney’s eclecticism, unlike Simon’s, was a delicate experiment in exploring the transition between street performance and the peculiar condition of recorded jazz. Barney was trying to avoid anything aspiring towards a mainstream without falling into idiosyncrasy. In this respect, his musical project most resembles that of composer and pianist Igor Stravinsky, whose starting point was also imitative collage but whose tenacity forced him to find more and more tiny degrees of freedom in the detail.

In this time of loss and praise, we should pay tribute to Barney Rachabane in a way he would expect, by paying an unprecedented level of attention to the music he loved and lived for, unprejudiced by academic and jazz dogma alike, leaving the circumstances of his music to the antiquarians.

It is in these circumstances, then and now, that his music was his constant, quiet, subversive, and unceasing rebellion against conformism and apartheid, and an expression of his creative African spirit. The last words belong to him:

“If you play the penny whistle (you can) just pick up the saxophone and play it. I can play a song immediately…I felt the pain through apartheid but did not want to run away from it. I was also not a threat somehow, though I was very militant as well, you know. I loved to be here.” DM/ML

Chatradari Devroop is an associate professor at the University of KwaZulu-Natal.