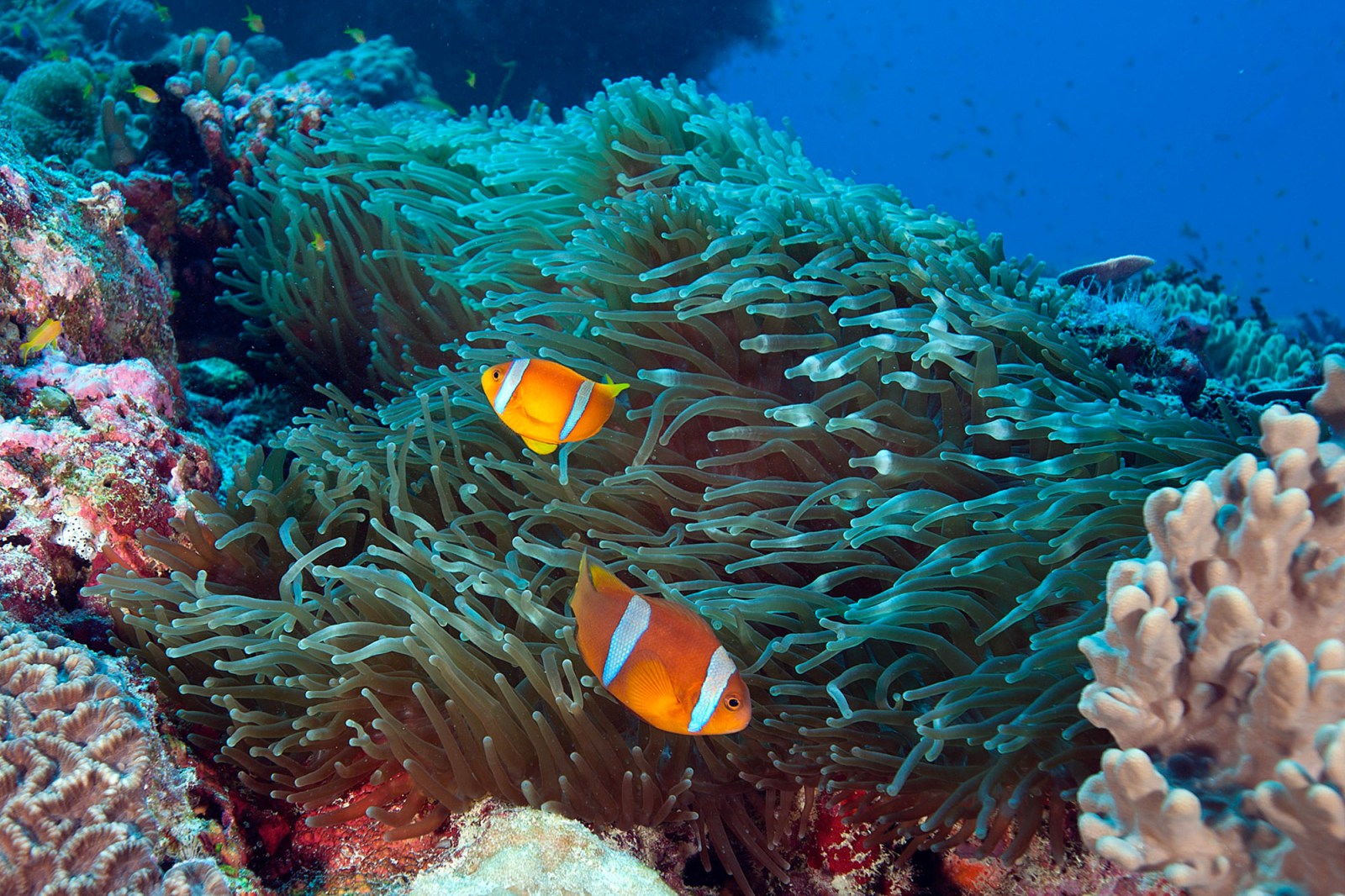 At 2°C above pre-industrial temperatures, we lose 99% of our coral reefs. It’s easy to turn that number into a picture – but it isn’t a pretty one. Just imagine every vibrant, colourful, diverse, complex, multidimensional coral reef in the world bleached white and lifeless. Gone forever. (Photo: Ken Marks / Khaled bin Sultan / Living Oceans Foundation)

They say hindsight is 20/20. As the end of year approaches, I urge you to reflect on your actions and their consequences, and take extreme ownership – not only in what you already do, but in what more you can do. If we all do this, collectively, we will make a proper start to solving the climate crisis.

Sometimes numbers tell a story better than words or images. After the UN Climate Change Conference (COP26) in Glasgow in 2021, the number that stands out for me is two.

At 2°C above pre-industrial temperatures, we lose 99% of our coral reefs.

It’s easy to turn that number into a picture – but it isn’t a pretty one. Just imagine every vibrant, colourful, diverse, complex, multidimensional coral reef in the world bleached white and lifeless. Gone forever.

No more waving anemones, no more electric-coloured fish darting in and out of crevices, no more eels hiding in holes waiting to ambush. There will be nothing left to hunt. Nothing left to eat. That’s what lifeless means. Not just for the oceans, but for all of us.

We had the opportunity in Glasgow to put an end date to coal use globally, and we didn’t do it. If we had, it would have sent a strong message to the markets that change is coming.

Instead, leaders who should have made binding commitments simply kicked the can down the road. We have lost another year and we shrug it off as if we had all the time in the world.

Let’s take another number: 200. That’s the number of species going extinct every day at the current rate. Two hundred per day!

You can do the maths yourself and work out how many species will be gone in a year. The world faces an environmental catastrophe and we are in paralysis.

Catastrophic change is a hard thing for the human mind to comprehend. Day follows night, the moon waxes and wanes. These things have always been. It is this predictability that allows us to grow crops, to plan futures.

Everything we have achieved as the human race in the past 10,000 years was enabled by climatic stability. During this time, the temperature has not wavered by more than 1.5°C.

But not everyone is frozen into inaction. My most memorable COP26 moment happened outside the conference halls, when I joined more than 100,000 people marching through the streets of Glasgow in the pouring rain. There were young people and old people, mothers with children, Scots in kilts playing bagpipes and indigenous leaders who had travelled very far to be there.

I cannot accept that we will lose all the coral reefs in the world.

How do I feel at the end of 2021, as the year runs down and time is running out?

I keep coming back to a single phrase: “Start at your feet.” Those wise words are not mine; they are from my friend, environmental activist Afroz Shah.

Afroz started a movement when he began clearing the mountains of trash on his local Mumbai beach. It was a huge task, but rather than be overwhelmed by the scale of the problem, he started where he was with regular weekend cleans. He is still going, 347 weekends later. His consistency and dedication over more than six years didn’t just bring back sandy beaches – they started a sea change.

Afroz took extreme ownership of a problem he could have shrugged off as someone else’s responsibility. He took a stand. He inspired a community. His action was contagious.

As the end of year approaches, I urge you to reflect on your actions and their consequences, and take extreme ownership – not only in what you already do, but in what more you can do. If we all do this, collectively, we will make a proper start to solving the climate crisis.

If we don’t, the crisis will not just be the defining issue of our generation but of future generations.

Start where you are. Make a difference where you can. Connect with nature. We protect what we love. So cherish it; heal it. It is not yet too late for that.

Alone, it may feel like a drop in the ocean; together we can bring about a mighty sea change. DM/OBP

Lewis Pugh is an ocean advocate and a pioneer swimmer. He frequently swims in vulnerable ecosystems to draw attention to their plight. Pugh was the first person to complete a long-distance swim in every ocean of the world. In 2010, the World Economic Forum named him a Young Global Leader and in 2013 the UN Environment Programme appointed him Patron of the Oceans.