Saul Madiope: ‘Making music is about connecting with...

Saul Madiope: ‘Making music is about connecting with my ancestors’ 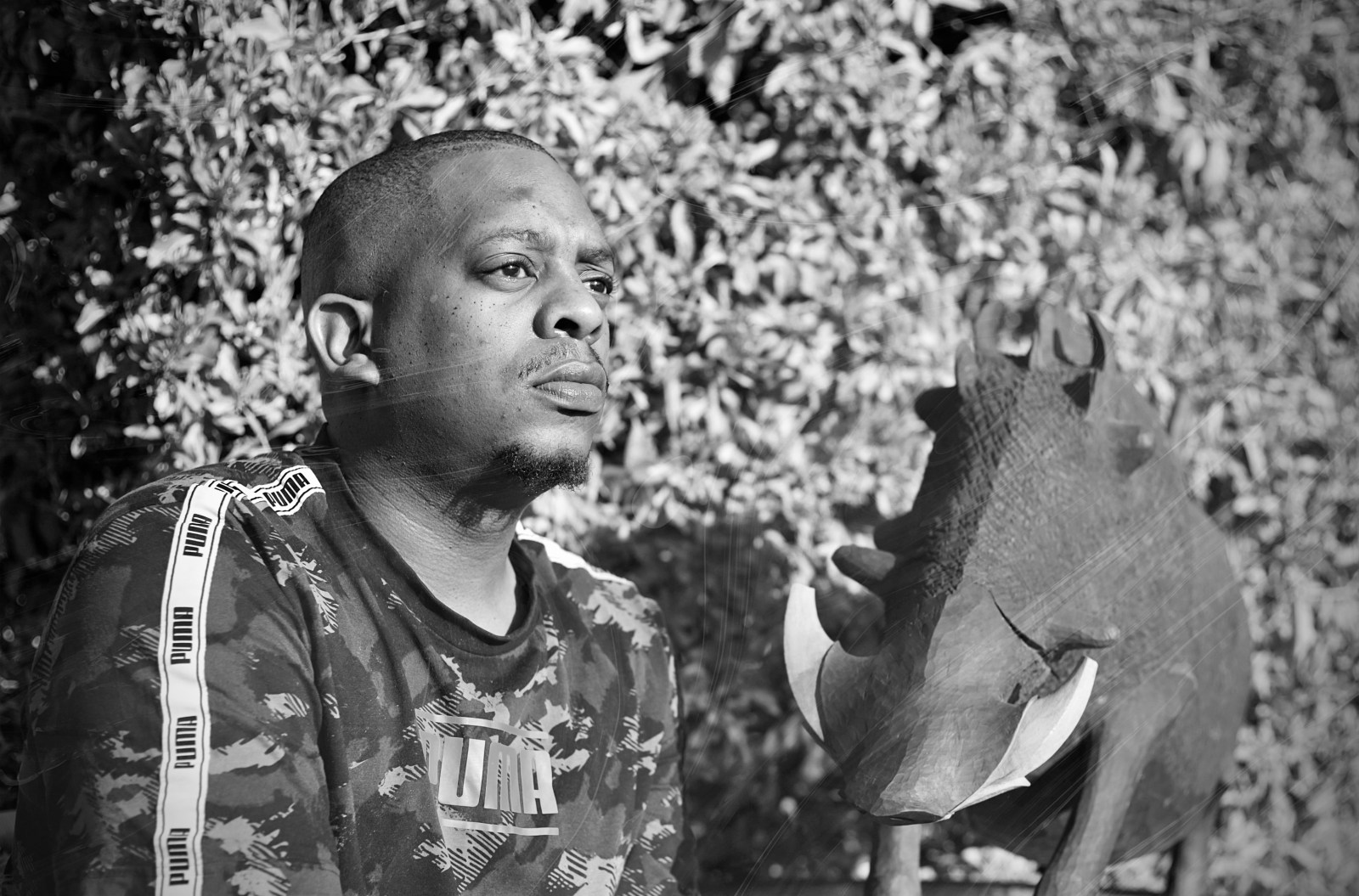 The young Pretoria-based jazz musician, Saul Madiope, taught himself how to play the saxophone and produce music. In 2021, he released five projects, including his debut album, ‘Motherland Jazz.’

“For me, making jazz music is a very spiritual thing. When I do it, I don’t feel like I’m alone. It’s a space for me to connect to the higher beings and to also remember where I come from,” said Saul Madiope, a 29-year old jazz musician from Pretoria.

In the past year, Madiope has released five projects: four of them were EPs and one of them was his debut album, Motherland Jazz.

There’s a consistent warthog theme stringing together all of his music’s cover art. On his first EP, Kolobe, released in March 2020, a warthog is depicted on a fictitious greenbelt, lined with highrise buildings; on the Motherland Jazz cover art, the warthog is shown looking over a procession of women holding musical instruments. The women represent a dream Madiope once had where a woman handed him a musical instrument.

The warthog motif is important for the young musician as it is the symbol of his family totem — in many African cultures, totems are animals that represent different clans. Family totems are another way to trace someone’s ancestral lineage, in many cases people who share similar totems are considered relatives.

“It also represents the fact that the music doesn’t only come from me, I’m just a vessel,” he says.

“Even when I was making this album, you’ll think you know what’s going in the album, but the universe directs you in another direction,” Madiope told Daily Maverick.

His journey into making jazz music doesn’t involve any formal training. It dates back to when he attended festivals with his father, growing up and spending time with family with an album from South African trombonist, vocalist and composer Jonas Gwangwa, playing in the background.

Madiope is not the only musician in his family; he was named after his father’s uncle, Saul, who played the guitar. “It’s so wild because every time I go to Soweto, people tell me what an amazing guitarist he was. It’s weird hearing those stories but it also feels like I was destined to become a musician,” he explains.

His history with musical instruments also started at a young age. At around 12 years old, Madiope learnt how to play the flute at church.

“I couldn’t read music but I learnt how to memorise the harmonies,” Madiope adds.

In December 2019, he bought a saxophone and taught himself how to play, adding: “I used YouTube and I also had a friend show me the mouthing of the saxophone.”

He started posting videos on Instagram, playing the saxophone. Soon, a high school friend asked him if he’d like to play on an episode of SABC 1 TV show Generations: The Legacy, which has about eight million viewers.

In the scene, Tau (played by Rapulana Seiphemo) books a restaurant for himself and his partner, whom he proposes to. When she walks in, it is Madiope who sets the romantic scene by playing the saxophone.

That minute-long scene was Madiope’s first public performance. Since then, he has performed at different events in Johannesburg and Pretoria.

The musician also taught himself how to produce music, explaining that when he started making music, he’d only compose using scales he could play. “If I could only play three scales, that’s what you’d hear in the music. But obviously, the more you practice, the better you become,” he says.

In two of his musical projects, there are songs dedicated to his father, Tshekedi Rudolph Madiope, who passed away in 2014.

Memories of Ru, taken from his Motherland Jazz album, serves as a tribute to Madiope’s late father. “Everyone called my dad Bra Ru”, he explains, “I was missing him on the day that I made the song. You’ll hear in the song, there’s a point where the drum pauses and the sax plays, which is basically the transition of one instrument to another, that was my way of conveying my dad’s transition from this realm.

“But the guitar replies, the guitar ya lla (it cries), which was me crying about his transition,” Madiope says somberly.

In the song Tshekedi, from the Kolobe EP, Madiope was inspired by how his dad and his friends would dance when a jazz song played.

“The way that they moved their bodies to the music and were just having a good time, that’s what I imagined them doing when I made this song,” he says.

All of Madiope’s music projects reflect his headspace. “My second EP (Ditoro Tsa Kolobe) is very sad. By the time you listen to my album, you can tell that I’m in a better place”.

When it comes to choosing which songs go into his projects, Madiope says that it’s dependent on how the song makes him feel once he’s done recording it. “If the song doesn’t move me in any way then it’s not a good song. My music is meant to stir your emotions and if I can’t feel that, then I don’t feel confident releasing that song”. DM/ ML

Madiope’s music is available on all major streaming platforms.