This weekend we’re watching: An obstinately joyous adaptation of Dickens 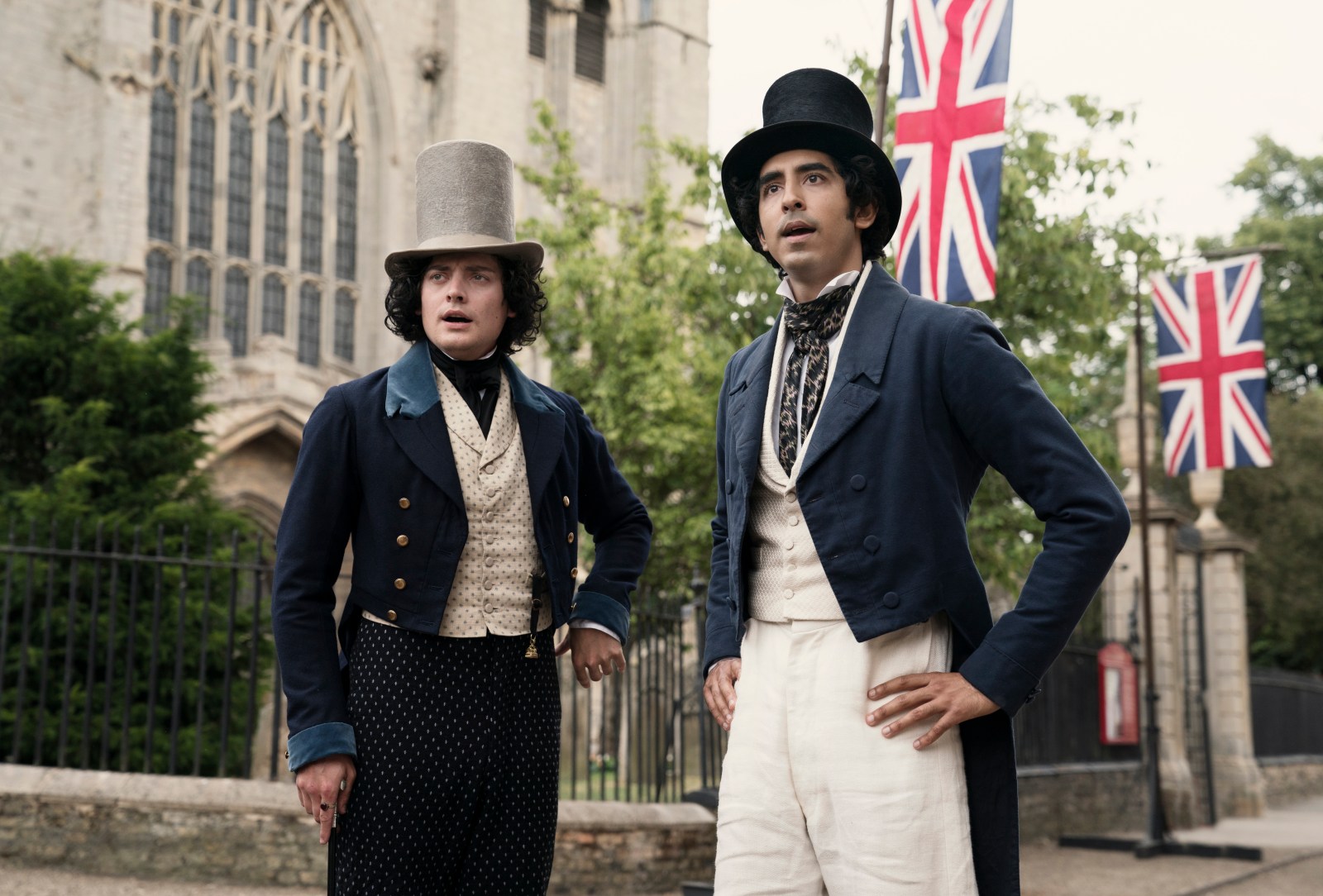 ‘The Personal History of David Copperfield’ is a fresh, funny, naïve take on the 1850 novel, with a diverse cast.

The American illusionist who calls himself David Copperfield acquired such fame that some people are not even aware that he adopted the name (simply because he liked the sound of it) from the protagonist in Charles Dickens’s 1850 Novel The Personal History, Adventures, Experience and Observation of David Copperfield the Younger of Blunderstone Rookery (Which He Never Meant to Publish on Any Account), popularly known as the far less unwieldy: David Copperfield.

The semi-autobiographical novel, narrated by the eponymous David Copperfield, was a turning point in Charles Dickens’s career. It’s a bildungsroman, a literary genre in which a character’s life is recounted from infancy to adulthood with a focus on character growth (an ancestor to the less formulaic modern coming-of-age novel).

Copperfield is born to a wealthy family, but by that time, his father is already dead. Though his life begins gently in the care of his nanny and mother, it’s turned upside-down when she remarries a cruel and abusive industrialist, who ships the boy away to work in a bottle factory and begin what will turn out to be a long and various adventure with colourful characters in many different settings.

Like the novel, The Personal History of David Copperfield begins with Copperfield, now a young man, addressing a crowded Victorian theatre and preparing to recount his life. Copperfield’s presence as the narrator is unlike the all-knowing a-temporal disembodied narrators that pervade literature and cinema – he’s situated at a distinct point in time and space, a young man with a limited perspective of a story which is still very much ongoing.

Copperfield (played by Dev Patel) is a voyeur in the reenactment of his own story, visible to us but unseen by the characters of his recollections, so he sits pensively next to his mother as she gives birth to him, and makes funny faces at his younger self in his earliest blurry memories.

The film is directed by Scottish satirist Armando Iannucci, famous for his biting political comedy, so it’s intriguing that he steers so intentionally away from the original novel’s darker parts. An integral quality of Dickens’s novels was the careful interplay between darkness and optimism, which George Orwell once described by saying: “The wolf is at the door, but he is wagging his tail.”

Iannucci recreates this quality even more extremely. Serious subject matter like classism, substance abuse and eviction is infused with tension-dissipating humour. There is a lot of focus on inequality within classist structures which Copperfield sometimes grates up against and sometimes desperately seeks to be absorbed into (Dickens was a stern critic of the social stratification of Victorian society) but it’s handled so politely that conflict situations seem completely devoid of suffering.

Iannucci largely sticks to the source material but his modern take finds the characters’ stories more closely woven together than in Dickens’s episodic writing. Crucially, the climactic tragedy of the tale is written out, but not rewritten, so we end up in the same place with no explanation for the sudden disappearance of Dora, David Copperfield’s beloved wife-to-be.

Iannucci’s wolf at the door is more likely a slightly confused golden retriever scratching to come in for cuddles. It does well as a family film, with exciting, fast-moving scenes, expressive acting that should keep younger viewers entertained, but also universal comedy bits, references intended for adults, and the same remarkable level of detail for which Dickens was known.

The entire cast performs with a slightly ridiculous enthusiasm usually reserved for musical theatre or children’s television. Every aspect of the film dazzles with a heartfelt vibrancy, from the interpretive scene transitions to the accentuated hues of sepia that tease a sense of antiquity out of the crisp cinematography. Even if the well-mannered drama occasionally feels unexciting, there is not one dull moment in the entire two hours.

A big change from the novel is the inclusive and diverse casting. The characters are cast based purely on merit, rather than according to the writing or historic accuracy.

In a way, The Personal History Of David Copperfield takes nontraditional casting even further than usual by casting Nigerian actress Nikki Amuka-Bird as the mother of Steerforth, Copperfield’s white friend. Dev Patel is the ideal picaresque protagonist – a roguish, likeable hero whose wit and kindness distinguish him in a corrupt society. His portrayal of David Copperfield is only dampened during brief moments of childlike, borderline-idiotic excitement. Jairaj Varsani’s performance as his younger self is downright adorable, partly due to the cheeky naïve writing of his character and partly his big brown eyes.

Without a doubt, the most impressive supporting performances come from Tilda Swinton as David’s whimsically irritating, deceptively kind old aunt, and Hugh Laurie as the equally batty wise fool, Mr Dick – the sort of chap to introduce himself by saying: “Hello, I’m Mr Dick. I’m very partial to gingerbread.”

Even more so than in Dickens’s novels, Iannucci shifts the meaning of David’s erratic journey away from his financial turbulence and towards the connections he creates with this diverse array of characters. The happy ending he unwittingly chases is self-acceptance and a feeling of belonging and love within the ragtag community he builds along with his adventures. DM/ML

The Personal History of David Copperfield is available in South Africa on DSTV Now.

UPDATE: It’s release on Showmax which was scheduled for 16 December has been postponed.