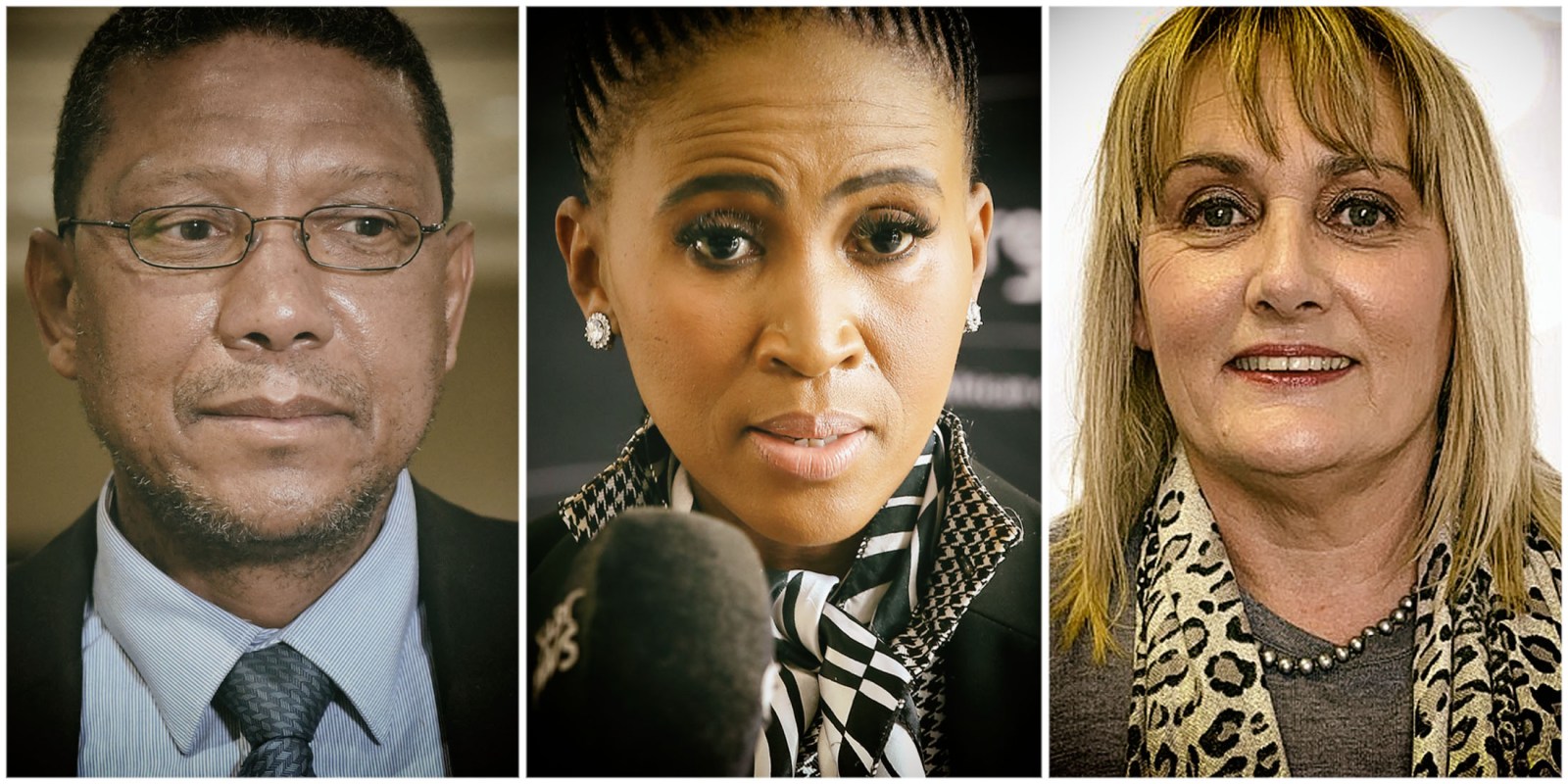 Residents of Tshwane, Johannesburg and Ekurhuleni in Gauteng now live in municipalities controlled by DA-led coalition arrangements and the party has turned what appeared to be a poisoned chalice into a potential platform from which to launch its 2024 campaign. All three metros announced their mayoral committees this week.

When DA mayoral candidates were elected against all odds in Johannesburg, Tshwane and Ekurhuleni after the 2021 local government elections, critics celebrated the precariousness of their positions.

The party was adamant it would not work with the EFF but the red berets gave the DA candidates the votes they needed, apparently forcing the party into the situation it was so determined to avoid – having to rely on the EFF to pass council resolutions.

In Tshwane and Johannesburg, the DA appears to have escaped that fate by forming majority coalitions that could lead to more stable governments and give John Steenhuisen’s party a platform for its 2024 national and provincial campaigns in Gauteng.

Forming majority coalitions in Tshwane and Johannesburg is a significant coup for the party.

After the 1 November vote, the DA looked primed to take Tshwane. It won 69 seats and needed 108 for a majority. Likely partners ActionSA took 19 seats, Freedom Front Plus (FF+) 17 and the ACDP two, leaving it short of just one seat to form a majority.

In November, the DA, ActionSA, FF+, ACDP, UDM and Cope said they planned to enter a coalition and support a DA candidate in Tshwane, where they would have had a majority. Most of the parties supported giving ActionSA’s Herman Mashaba the Johannesburg mayorship. That deal collapsed when the DA refused to back Mashaba in Joburg.

DA mayors were eventually elected in Johannesburg, Tshwane and Ekurhuleni but they took the posts without coalition deals in place, only because ActionSA and the EFF backed DA candidates to keep the ANC out of power. The DA had the mayoral chains but no real power without ActionSA and the EFF.

The party’s reliance on the EFF in Johannesburg and Tshwane after the 2016 elections was one of the key criticisms that led to Mashaba and former leader Mmusi Maimane’s resignations as the DA shifted towards Steenhuisen and its Helen Zille.

After weeks of coalition negotiations, the DA appears to have found a way out of its EFF quandary in Tshwane and Johannesburg. It signed a coalition agreement with ActionSA, FF+, ACDP, IFP and Cope on Thursday.

“Each coalition is committed to a culture of accountability, transparency, and good governance to be the foundation of all work performed in the municipalities,” the parties said in a joint statement.

The parties said they would establish multiple committees at the municipal level to coordinate decision-making and communication as well as an oversight group “to monitor the health and strength of the coalition relationships across the various municipalities”.

In Tshwane, the DA, ActionSA, FF+, ACDP, IFP and Cope hold a total of 109 seats, giving the coalition a majority that doesn’t rely on the support of the EFF on an issue-by-issue basis, which hobbled the DA’s administration in the city in its previous term.

In Johannesburg, the six parties hold 131 seats, five short of the 136 needed to form a majority. Msimanga and the DA’s Johannesburg mayor, Dr Mpho Phalatse however, have said that they have formed a 10-party coalition to get them over the line. Curiously, they have not revealed the names of their other partners.

Assuming the ANC and EFF aren’t entering the formal coalition, the DA’s further potential partners in Joburg could include the African Heart Congress (with one seat), African Independent Congress (two), African Transformation Movement (one), Al Jama-ah (three), Good (one), Pan Africanist Congress (one) and United Independent Movement (one).

“The negotiations have been long and tough but we have been absolutely committed to the values and principles that we committed to at the beginning of the process and that has now yielded agreements that we believe are going to bring stable, value-led governments that focuses on uplifting the poor, providing services and turning these cities into engine rooms of job creation,” said Steenhuisen.

While the 10-party coalition in Johannesburg, which the DA hasn’t fully explained, could be fractious and prone to instability, Campbell’s position in Ekurhuleni is the most vulnerable for the DA.

A majority in Ekurhuleni requires 113 seats. The DA and its formal coalition partners hold 95 seats, while the ANC has 86, the EFF 31 and all other parties a total of 12. The DA’s minority government could find it difficult to pass budgets in the city and Campbell’s mayorship will likely depend on the EFF.

Yet the DA is still in a much better position now than after the election results were announced. The party lost seats in all three cities, compared to 2016, but it now holds the mayorships in each, which account for the majority of Gauteng’s population.

Steenhuisen said, “The real work starts now and that is the road to 2024. These multi-party coalitions are the first bold steps on this new road to defeating the ANC in 2024, sweeping corruption and maladministration out of the offices and making sure that we put a national government that’s going to get South Africa working, that’s going to get things done for you and not for the politicians.”

The ANC took a hammering in the municipal elections and if its losses continue the DA could be in pole position to form a provincial coalition after 2024 if it increases its share of the vote in Gauteng. But it will have to show voters it’s improving service delivery, can manage coalitions and its own internal squabbles.

A DA-led coalition took Nelson Mandela Bay after the 2016 elections but lost the city after some coalition partners withdrew their support. The party held on to Tshwane after 2016 but changed their mayors so many times few voters knew who was in charge. The DA gave Johannesburg back to the ANC in 2019 after changes in its national leadership.

Against the odds, the DA is once again in charge of some of the country’s biggest metros. Whether it can keep them and use them as a platform for its 2024 campaign depends on how it manages both coalitions and internal party divisions. DM