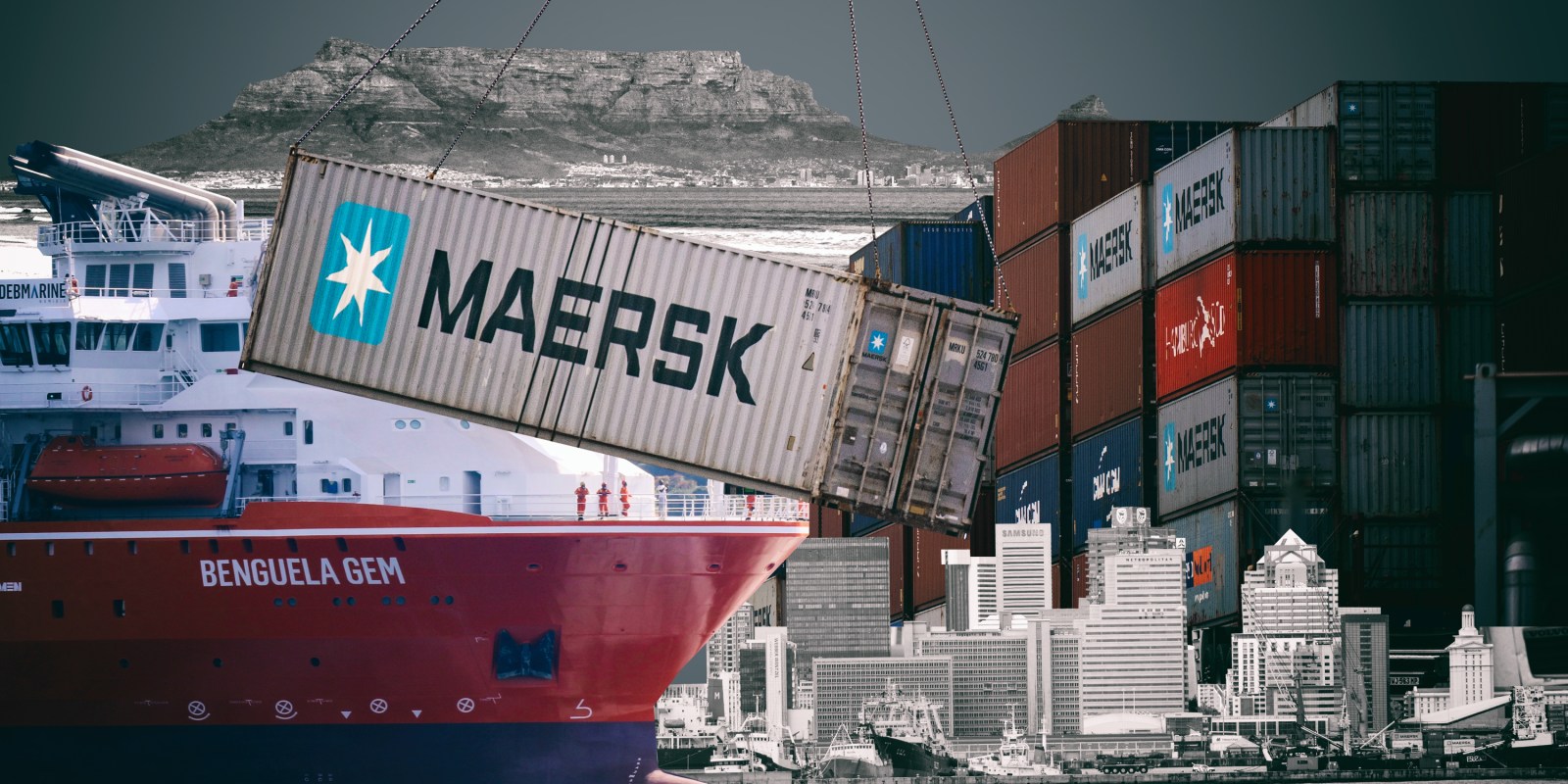 An occasional column based on glimpses of the goings-on at the Port of Cape Town and how politics and economics are caught between the devil and the deep blue sea.

Containers are stacking up and trucks are queuing once again dockside after a few weeks’ hiatus. It remains to be seen if the tide is turning, or it is a seasonal high before another trough.

The 4am shift is back. Well, at least that’s when the beep-beep of the straddle carrier penetrates the early morning silence, with boom, the occasional heavy drop of a container.

That metallic bang can be heard all the way to the upper reaches of Woodstock and Walmer Estate, depending on how the wind blows.

Cape Town is a port city — no matter how it tries to dress up to deny the often industrial aspects, or airbrush the harbour cranes and storage tanks from the postcard vistas of Table Mountain.

But the restarted noise of a working harbour with off- and on-loading containers and moving these across the dockside depot, alongside a seemingly faster turnover of vessels, signals, if not a recovery of global supply lines, then at least an improvement.

It might be a fair wind. Or turn out to be bluster, like so much in South Africa’s political economy where the politicians’ pretty words on job creation are blown away in no time by unrelentingly devastating unemployment numbers, now up to 46.6%.

Unlike on the jobs front, the sight of dockside-stacked containers carrying the labels of various shipping companies signals activity — even if just ahead of a second Covid-19 lockdown festive season. Reconciliation Day on 16 December 2021 marks lockdown day 630.

Still, when the Europa on 30 November became the first cruise liner to arrive in Cape Town in more than 20 months, it got a right, proper welcome — water salute, or a tugboat shooting a jet of water into the air.

It marked the occasion — although the Omicron Covid-19 variant meant passengers didn’t quite trigger the anticipated surge of local economic activity as they were restricted to the Cape Town Cruise Terminal buildings, where the vessel had docked.

The impact of Covid-19 on the cruise liner industry has been devastating and remains ever present. The Europa’s departure a few days later effectively closed the cruise liner gap, at least until 13 January.

MSC Cruises, after an initial voyage, “voluntarily” decided to suspend cruises until the 9 January voyage from Durban to Cape Town “in an abundance of caution towards our guests, our crew and the communities…” as its statement on 10 December put it.

Pandemic notwithstanding, cargo, oil and container ships that have kept moving goods, if at higher costs and for some companies, higher profits. Supply lines remain scrambled and freight rates remain high.

If that surge in freight rates — which has bolstered shipping’s profitability — is sustained, its impact would continue to be felt by consumers, according to the 2021 Review of Maritime Transport by the United Nations Conference for Trade and Development.

“[It] could increase global import price levels by 10.6%, and consumer price levels by 1.5%… In LDCs [least developed countries] consumer price levels could increase by 2.2%,” the report said, adding later, “The nascent recovery has also been hindered by supply-chain bottlenecks. The rebound in trade, combined with pandemic-induced restrictions in logistics operations has led to shortages in equipment and containers, along with less reliable services, congested ports and longer delays and dwell times.”

At Cape Town port, for now, the frequency of cargo vessels’ arrivals has increased since late November, compared with say mid-October. And with that, the empty swathe of container area dockside has filled up.

Just in time for some festive cheer. Or headache — and not just in Cape Town.

Particularly empty containers are causing hassles from California’s Long Beach, as the Financial Times reported on 18 November to the four empty container depots that have sprung up, or more precisely that have been stacked up, in Suffolk in England, according to the BBC.

In Cape Town, at the bottom of the R27, it seems the containers are stacking up a little higher — seven up by a quick count in some places, although that could be the result of some restacking. Trucks move in and out of there, as they do at another security container depot further up north, a little before the point where Potsdam Road leads into Du Noon’s newly established shacklands.

Trucks are moving in and out of the harbour, with a queue forming on Tuesday morning for the first time in a while. But something is remiss — the large number of trucks parked day and night on both sides of the R27, all along the Paarden Eiland industrial area is a sign of that.

While the plight of drivers without water and ablution facilities was highlighted in the recent truck gridlocks at the Beitbridge or Lebombo border posts, little attention seems to be paid to the truckers in Cape Town.

If trucks don’t move, stuff doesn’t move. And perhaps it’s just that global supply lines, and the stop at South Africa, are not yet out of choppy seas.

And talking containers, if posh architectural and home décor sites or even the tiny homes trends are anything to go by, then shipping containers are it; repurposing into homes, that is. In South Africa, however, word is that shipping containers are more expensive than other materials to turn into, say, classrooms, libraries, entrepreneurs’ hubs or such. More on this another time.

For now, teams of yellow-line painters are busy redrawing the markings at the Cape Town container dockside area. Maybe in preparation for more regular and sustained numbers of vessels to move goods, and help along South Africa’s gross domestic product (GDP) that slipped 1.5% between July and September 2021.

Sometimes those comings and goings announce themselves in odd ways. The presence of Danish cargo ship Malik Arctica in early December made its presence known with its crew wi-fi– “Malik Arctica — Crew”, password protected.

Sometimes the arrival is almost unnoticed, even if important because of local jobs potential.

The Benguela Gem arrived at Cape Town for outfitting on 18 September after a 26-day, 21-hour journey from Constanta port in Romania, according to marinetraffic.com. That’s where what’s been called the “first ever custom-built diamond recovery vessel” was built at a Damen shipyard.

“The ship will become the seventh vessel in the Debmarine Namibia fleet and is scheduled to commence operations in 2022. On completion, the vessel is expected to add 500,000 carats annually to Debmarine Namibia’s production, an increase of approximately 35% on current production,” said a May 2019 statement by Debmarine Namibia, a 50:50 joint venture between De Beers and the government of Namibia, about the new $468-million vessel.

“The new vessel is expected to create more than 160 new jobs alongside Debmarine Namibia’s current workforce of 975 employees.”

It’s taken more than two-and-a-half years to get here, but it’s become a reality. And 2022 is around the corner.

The lesson for South Africa’s stop-start, and sometimes relapsed political economy? Not pretty words, but an unrelenting, determined focus on projects that deliver — and follow through.

It’s time to stop being all at sea. DM