The wise (and loud!) voice of reason: Russell Keet

Lessons from my father

The wise (and loud!) voice of reason: Russell Keet 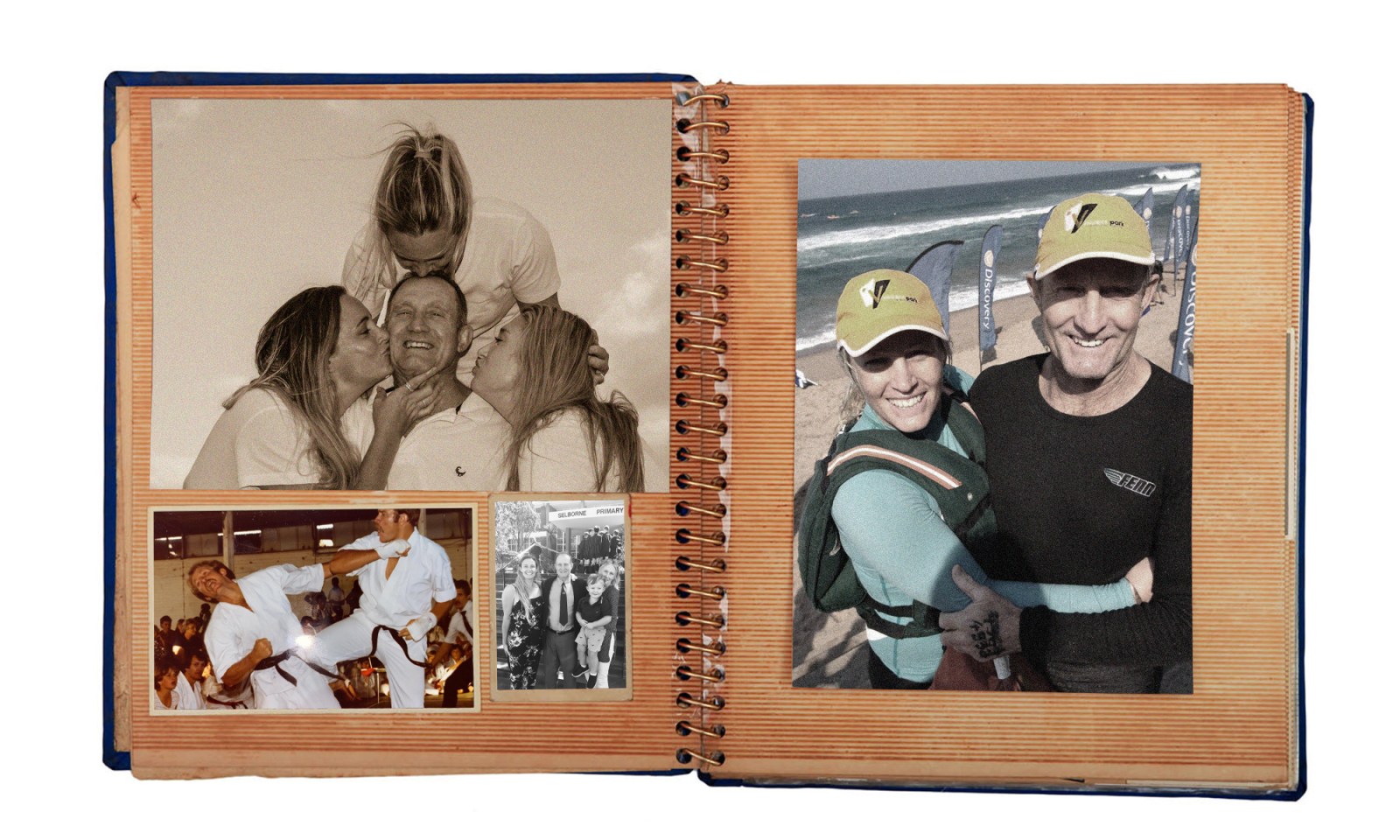 Mornings were a nightmare in our house when we were growing up. My dad used this loud, booming voice to wake us up at the exact same time every single morning, dragging each of our names out in a very deep, gruff voice until our eyes would begrudgingly open.

If the vuvuzela of a wake-up from the confines of his room didn’t work, then the routine of coming into our own bedrooms and sweeping the curtains open as noisily as possible, rudely forcing us into temporary blindness with the sunlight streaming in, most certainly did.

The blankets would be torn from our bodies and the song of our names would continue, dancing right above our heads. If this tactic still didn’t work – which it often didn’t – you could expect a splash of cold water on your body. How was this man so chipper in the morning?

Eventually, we’d put on our school clothes, haphazardly, and drag our sorry forms to the table where we all sat as a family to eat our breakfast. In winter our uniforms would find their way to a really old heater in front of the TV in the lounge and we would dress there, never removing our pajamas until the very last moment so as to conserve warmth.

Breakfast – as with most other meals – was routine: We ate together as a family; nobody was excused. To make this simple meal even more interesting, we were forced to eat porridge and pap every second day, and while I might now appreciate this meal more than your regular cereal and oats, which has become a huge hit in the health industry, to three little girls back then it was NOT very popular.

The fight would commence the moment the smell from the kitchen hit our noses in the bedroom. The joy on my dad’s face to see the misery on our three faces was even more infuriating. We would have to sit at that table until every spoon of the awful stuff was gone. Sometimes he would leave the table for a short while and most of the porridge would end up out the window for Shihan, our loyal dog and my dad’s best friend, to polish off for us. Alternatively, the dreaded food would vanish when Doreen – our helper and second mother since forever – would enter at what she’d realise would be the perfect moment to swoop in and remove our not-quite-empty bowls, and hide them in the kitchen sink. This was done with marvellous military precision!

On my luckiest days I would get to ride to school with dad on his motorcycle, before he headed off to Selborne Primary School where he taught for many years before his retirement in 2018. However, on other days he would continue the vuvuzela tune of “I-I-I-I-m-m in the car!” for about 10 minutes until we all eventually rushed out at the last minute, just as he was about to start reversing out the driveway… with one of us inevitably sprinting back inside the house to fetch a forgotten lunchbox, maths book or polo costume.

Holidays were the absolute best. Because both our parents were teachers, we got to share fantastic school holidays together. We would most times head to Port Elizabeth to visit our grandparents. Do not think that Dad left his fatherly routines at home though, or his passion for physical activity.

Mornings were spent going on family bonding runs through Settlers Park and basically all over PE. No matter the sister-shared feelings about the run, we would be dragged along. There were tears and moans and whines, but nobody ever returned from that run in anything but a good mood.

I remember thinking of my dad as a superhero when I was an adolescent. I was so proud to be his daughter – daughter of this strong man. When he wasn’t working he was training; if he wasn’t training he was doing his law studies in whatever little spare time he had. How does a man manage to work a full-time job, part-time studies, maintain perfect physical condition, and have the time to drag his girls out for a run, or to extra hockey sessions with him on the field, or to sea swims and beach time? You name it, our dad did it with us.

Whenever I was going through a tough time I could never understand why my dad would never side with me in my passing of blame to the other person, or the people in whichever situation was upsetting me. Rather, he would ask: “Well, what did you do?” For a long time I resented this question; it was as though he felt that I was always the person in the wrong. But that was not what he was thinking. Through his approach he was quietly teaching me to accept responsibility for my actions, in any situation.

The most important pieces of advice that my father passed down to me – ones by which I live my life – are: Never give up; if you want to be the best, you have to do more than the rest; no matter what happens the sun will always come up tomorrow. DM/ML

Samantha and her two older sisters, Marcelle and Lee-Anne, played in the same South African water polo team at the 2009 FINA World Championships in Rome. Marcelle, the middle daughter, represented the South African women’s hockey team from 2005 to 2016, earning 148 caps. She is currently the assistant coach of the South African Under 21 women’s team.

Lessons from My Father is a series of interviews and stories collected and written by Steve Anderson. Anderson has been a high school teacher for 32 years, 26 of them at two schools in East London and the last six at a school in Cape Town where he heads up the Wellness and Development Department and teaches English and Life Orientation. Throughout his career he has had an interest in the part fathers play in the lives of their children. He says: “This series is not about holding up those who are featured as being ‘The Perfect Father’. It is simply a collection of stories, each told by a son or daughter whose life was, or whose life has been in some way positively impacted by their father… And it doesn’t take away the significant part played by mothering figures in the shaping of their children. Theirs are the stories of another series!