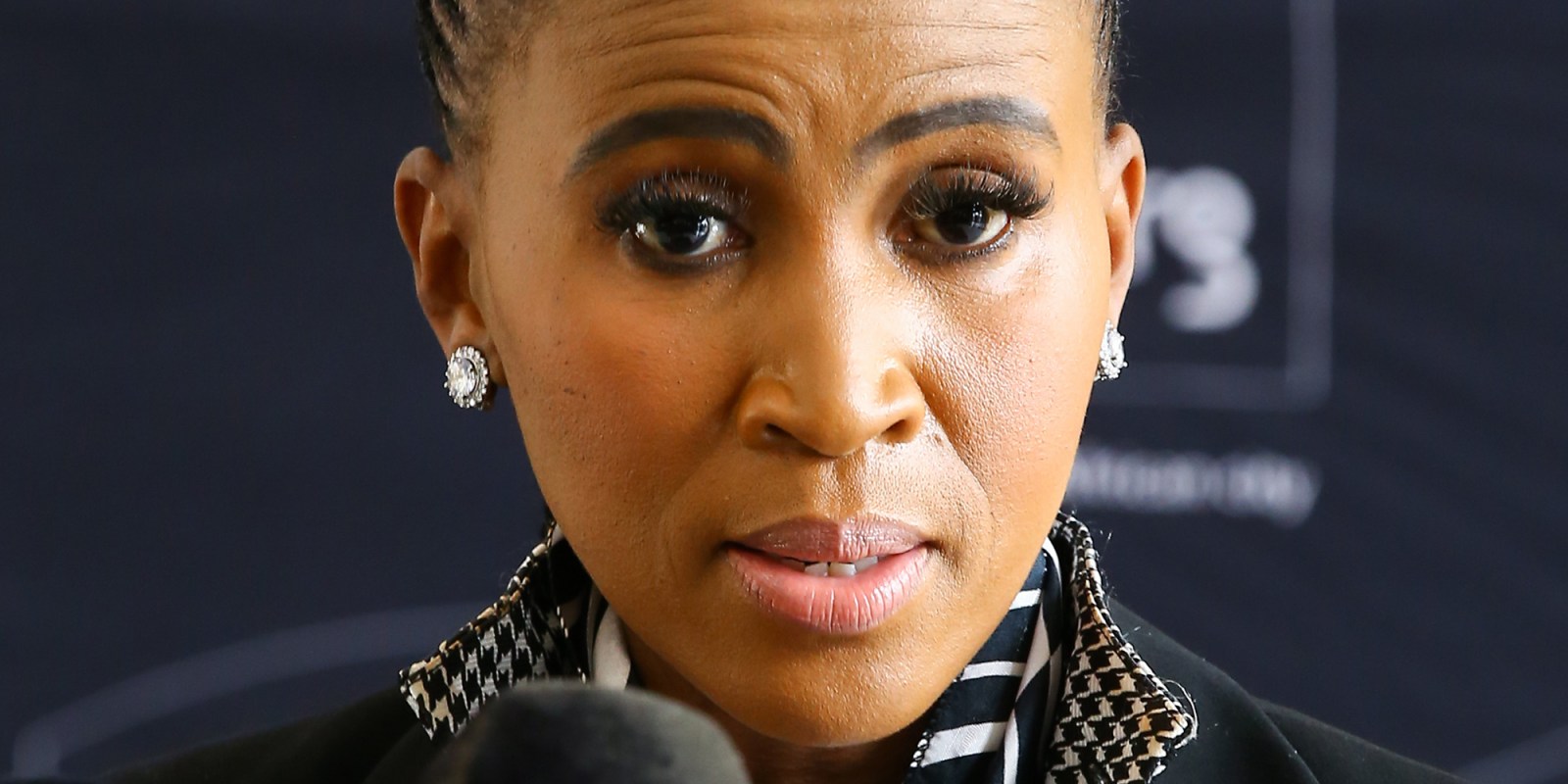 Johannesburg Mayor Mpho Phalatse says Soweto’s culture of non-payment for electricity must end. She’s urged residents who want their power restored to pay up, but communities who say they can’t afford hefty fines are ready to protest.

Johannesburg’s new DA mayor, Mpho Phalatse, has drawn a hard line on electricity issues in Soweto, urging those who can afford the service to pay up, while saying those who can’t, should register for the city’s Extended Social Package (ESP), a basket of subsidies and rebates for financially distressed ratepayers.

“There’s a lot of support for the hard line that we have taken, that the culture of non-payment will no longer be accepted. This means you only have two options. You either can afford to pay but you are not paying, or you cannot afford to pay and you are registered for ESP. Anything in between will make you vulnerable as a resident to illegal acts,” said Phalatse.

This follows protests by residents of Diepkloof Zone 3 from 6 to 10 December that blocked traffic on the Soweto highway in all directions. They took to the streets after the electricity supply of about 700 customers was disconnected. They were issued with a fine and reconnection fee of R6,052.52 per household.

The protesters demanded that Eskom, which supplies electricity to Soweto, reconnect their electricity after two weeks without power.

Ronel Kotze, a communications officer at Eskom, told Sowetan Live that the electricity supply to Diepkloof Zone 3 was disconnected after high energy losses as a result of illegal connections, meter bypassing and customers buying electricity from “ghost vendors”.

Diepkloof residents responded by drafting a memorandum of grievances that they took to the mayor’s office, arguing that Eskom’s claims were not true.

“Neither the mayor nor the premier was willing to listen to our pleas. Out of anger and desperation, we took the fight to the road to protest. That was the only way to get their attention and we did get it,” said Itumeng Rapulana, a resident of the area.

Phalatse has since been mediating with residents and Eskom to find common ground. In a joint statement, Eskom and the mayor told residents that electricity would be restored to affected households once they paid their reconnection fees.

Residents say the costs are too steep. The ANC’s Diepkloof ward councillor, Brenda Dammie, and Nhlanhla Lux, who heads the Soweto Parliament, a civil society group, have been in negotiations with the City of Johannesburg and Eskom to restore power and reduce the R6,052.52 fine and reconnection fee to an affordable amount.

Lux said they had proposed that residents pay at least R500 per month per household until the total fine is cleared.

“We reject the R6,052.52 fine. It is too much for the people and they can’t afford it. We are happy and people are comfortable with the R500 payment each month for their electricity consumption,” said Lux.

“In the last three days, people have been making payments and we have suspended all street protests in the hope that, by latest Wednesday, there will be electricity in Diepkloof Zone 3 as per our agreement with the City and Eskom,” Lux continued.

He said protests would resume should electricity not be restored by Thursday. Phalatse refused to comment on the proposed fine reduction, saying, “Eskom is speaking for themselves now.”

Daphney Mokwena, a senior customer services manager at Eskom, told Newzroom Afrika that the lights will be switched on in Diepkloof if at least 50% of the affected households pay the R6,052.52 fee.

“We were in a meeting where residents of Diepkloof proposed to pay R500 towards their consumption. That was taken up to question if such a thing can happen, but, as Eskom, we are saying we have tested this and it never works. We have tried it across Gauteng, but residents end up not paying at all,” she said.

For more than a year, Eskom has imposed a rotating schedule of power cuts, which it calls “load reduction”, across many townships, including Soweto, because of non-payment, illegal connections and infrastructure damage.

“Everyone is very much affected by the issue of electricity. Since all roads have been closed, we couldn’t even access our Diepkloof mall, and stores have been closed to avoid illegal activities that might occur in the dark,” she said.

“Also, spaza shops and taverns have been even more affected because many were just starting to pick up their business from the July looting and now, [with] electricity issues and the protests that have followed, there is no hope at all.

“Honestly, R500 is still a bit high. Looking at the current situation in our country, the unemployment rate, it’s very high. On the other hand, business has not been doing well for two years. Most of the households’ survival, it’s pensions.”

Diepkloof Zone 3 resident Nonhlanhla Mazibuko told Daily Maverick that, although as a community they are not happy with the approach by Eskom, they would be glad if the power utility agreed on a payment of R500 per month for the electricity used per household.

Phalatse has claimed that since her intervention, Eskom has seen payment levels increase.

“People are starting to pay. That’s good news for us. This means the culture of non-payment is already starting to change in three weeks. This means it’s a big achievement. I think finally Johannesburg is going to get the best of the best,” she said. DM