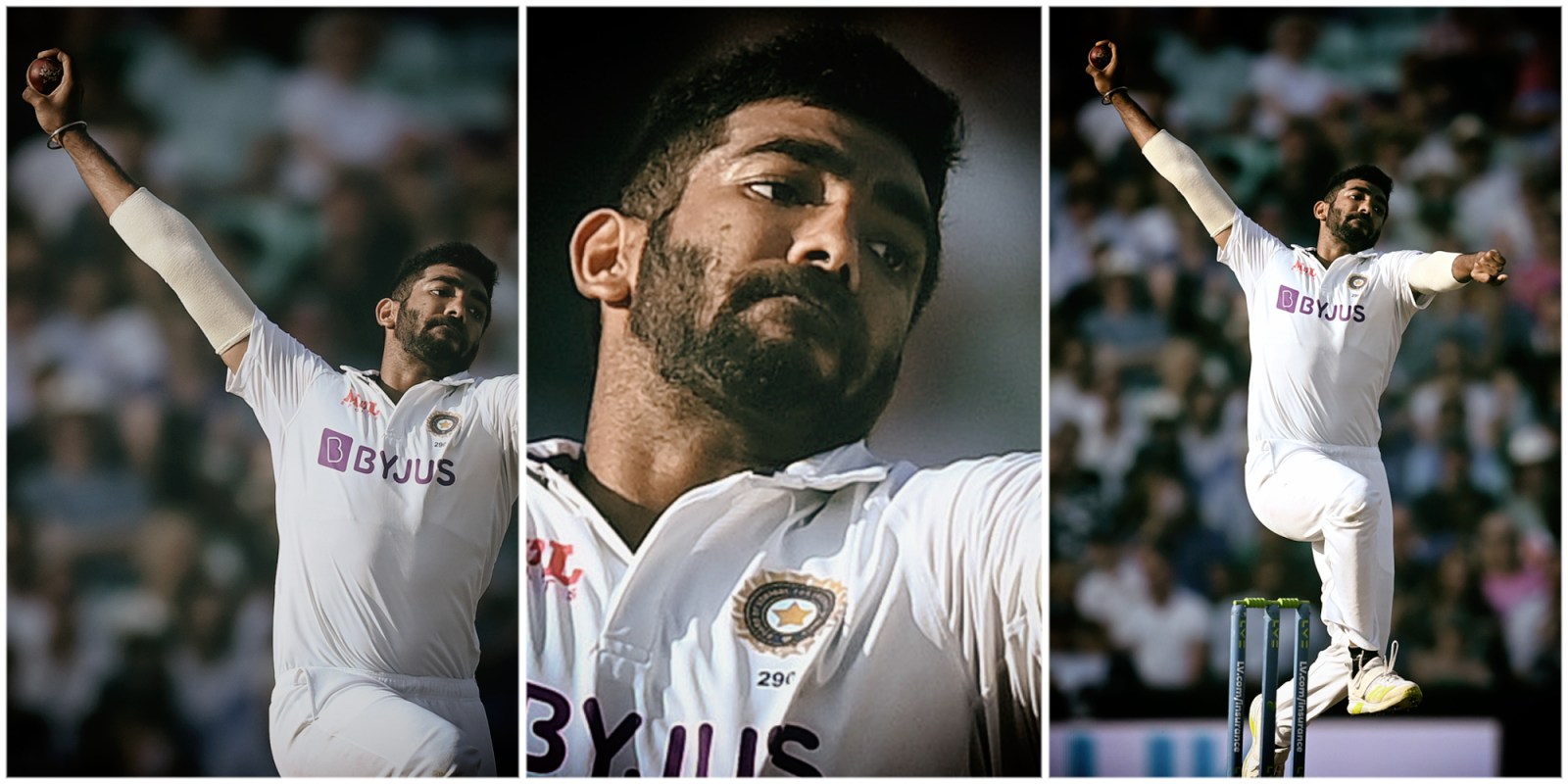 Jasprit Bumrah of India bowls during day four of the Fourth LV= Insurance Test against England at The Kia Oval in London on 5 September 2021. (Photo: Gareth Copley/Getty Images)

Can the Proteas’ brittle batting stand up to an Indian bowling attack that poses dangers in every discipline?

The core of the Indian cricket team has remained intact since their last tour to South Africa – the Freedom Trophy Test match series in early 2018 – but this time they have more depth in the bowling division.

As far as their bowlers are concerned, Ishant Sharma, Umesh Yadav, Jasprit Bumrah, Ravichandran Ashwin and Mohammed Shami all formed part of the last touring party to South Africa. They will once again form part of the Virat Kohli-led squad in their three-match Test series in January and December.

The series, which took place in front of limited crowds, due to Covid-19, in December and January 2020/21, forced the Indian team to rely on their vast bowling depth.

This was due to a number of injuries sustained by their key bowlers, including the experienced Sharma, Shami, Yadav and Bumrah, who usually form the core of India’s fast-bowling line-up but played either no part or only a small part in the Test series down under.

India’s bowlers took 20 wickets twice in the four-match series against Australia, despite the Baggy Greens team possessing three batters currently in the ICC top 10 – David Warner, Marnus Labuschagne and Steve Smith. Meanwhile, Australia only managed to take all 20 of India’s wickets once, in the first match of the series – the only match the hosts won.

India’s injury-ravaged series led to the fortuitous sink-or-swim moment for the next tier of Indian fast bowlers in Mohammed Siraj and Shardul Thakur, who have since acquired excellent test-bowling averages of 27.7 and 22.7 respectively. Both have been selected for the tour to South Africa.

The gritty, never-say-die attitude encapsulated in the way Siraj bowls makes him a valuable addition to the more reserved fast-bowling duo of Bumrah and Shami who usually prefer to let the ball do the talking.

The likely opening bowling pair of talisman Bumrah and the underrated Shami will be a handful for the South African batters to contend with.

Having made his Test debut in India’s previous tour to South Africa, in 2018, Bumrah will look forward to the prospect of improving his already impressive average of 25.2 balls per wicket in the country, which is slightly north of his overall world-class average of 22.8.

In the five matches that Shami has played in South Africa, he has taken 21 wickets at an average of 24.71. His skiddy bowling action will lend itself well to the fast-paced South African pitches.

The 31-year-old can also expect to get significant purchase on his bouncer, which he often produces with surprising lift despite standing at only 1.78m.

The traditionally hard, fast and bouncy South African pitches will have the trio of Indian quicks licking their lips at the prospect of bowling to the Proteas’ humble batting line-up.

But if the Indian seamers struggle, the brilliant and experienced spinning maestro Ashwin is in the squad to add balance and variation for captain Kohli. Everywhere the Proteas batters look, there is quality Indian bowling to overcome.

In contrast with the Indian team, the core of the Proteas team that took part in the 2018 Freedom Trophy has had an almost complete makeover.

The Proteas’ middle order at that time consisted of stalwarts Hashim Amla, AB de Villiers and Faf du Plessis, all of whom have retired in some form and are unavailable for current selection.

This time around the South African batting line-up, particularly the middle order, will have a lot less international experience.

The selectors remained consistent when South Africa faced the West Indies in a two-match Test series in June 2021. The Proteas had the same batting line-up and order in the three innings they batted, in the Caribbean.

No batter in the Proteas’ current squad averages more than 40 runs an innings, which should be a real worry for coach Mark Boucher. The two batters who come closest are the likely openers for the incoming tour – Captain Elgar at 39.5 and Markram at 39.6.

Petersen is likely to reprise his role at number three. His first taste of test cricket was not a welcoming one as the diminutive batter averaged 14.7 across the two matches, a long way from his domestic first-class average of 40.7. There are big expectations on 28-year-old Petersen’s shoulders, who had his breakthrough season in 2018/19 when he scored 923 runs at an average of 61 in the domestic four-day competition. However, Petersen will face perhaps his toughest challenge in the form of India’s formidable bowling line-up. This series will be an opportunity to assess whether Petersen is able to adapt to cricket at the highest level.

Van der Dussen’s role in stabilising South Africa’s innings in the middle order has been of such importance in recent years that it is often easy to forget how inexperienced he is. He has played only 10 tests and boasts a respectable batting average of 38.1.

He also has not been able to settle at one position. Van der Dussen has mostly batted at number three where he averages 38.6. However, his recent success in the Caribbean, batting at number four and averaging 62.5, will possibly see him retain the position often occupied by the best batter in the test team.

Temba Bavuma is likely to be a straight swap for Verreynne at number five for the first Test. Bavuma, who has batted South Africa out of trouble many times in red-ball cricket, has come under scrutiny throughout his test match career for his inability to convert his starts. In his 44 test matches, Bavuma only has one century. If the Proteas are to be victorious over a fiery Indian team, they will need more from their vice-captain who currently averages 32.3.

Unfortunately, the Proteas will be without the services of mercurial wicketkeeper-batter Quinton de Kock for the second and third Tests as he takes paternity leave. This will leave the Proteas batting line-up with even less experience.

The Proteas have selected an extended squad of 21 players, as opposed to the usual 15-man squad, due to Covid-19 and bio-bubble precautions. This has meant there are currently three wicketkeeper options in the squad: De Kock as the incumbent, Verreynne as his successor and 25-year-old Lions player Ryan Rickleton, who has been called up to the squad for the first time.

Verreynne made his test debut earlier in 2021 in the West Indies, playing with the sole responsibility of batting, coming in for the then injured Bavuma.

Verreyne averaged 13 with a best of 27 on that tour. He does, however, have a first-class average of 51.95 with a high score of 216*. The selectors will be hopeful that Verreynne’s prodigious talent shines through if he is given the gloves when De Kock is withdrawn.

The make-up of the lower order as well as the bowlers selected will be pitch-dependent.

The batting department, however, remains a real area of concern for the Proteas. They will need their batters to step up to the plate if they are to keep Kohli’s Indian team – who have all their bases covered – from becoming the first subcontinent team to win a test series in South Africa. DM