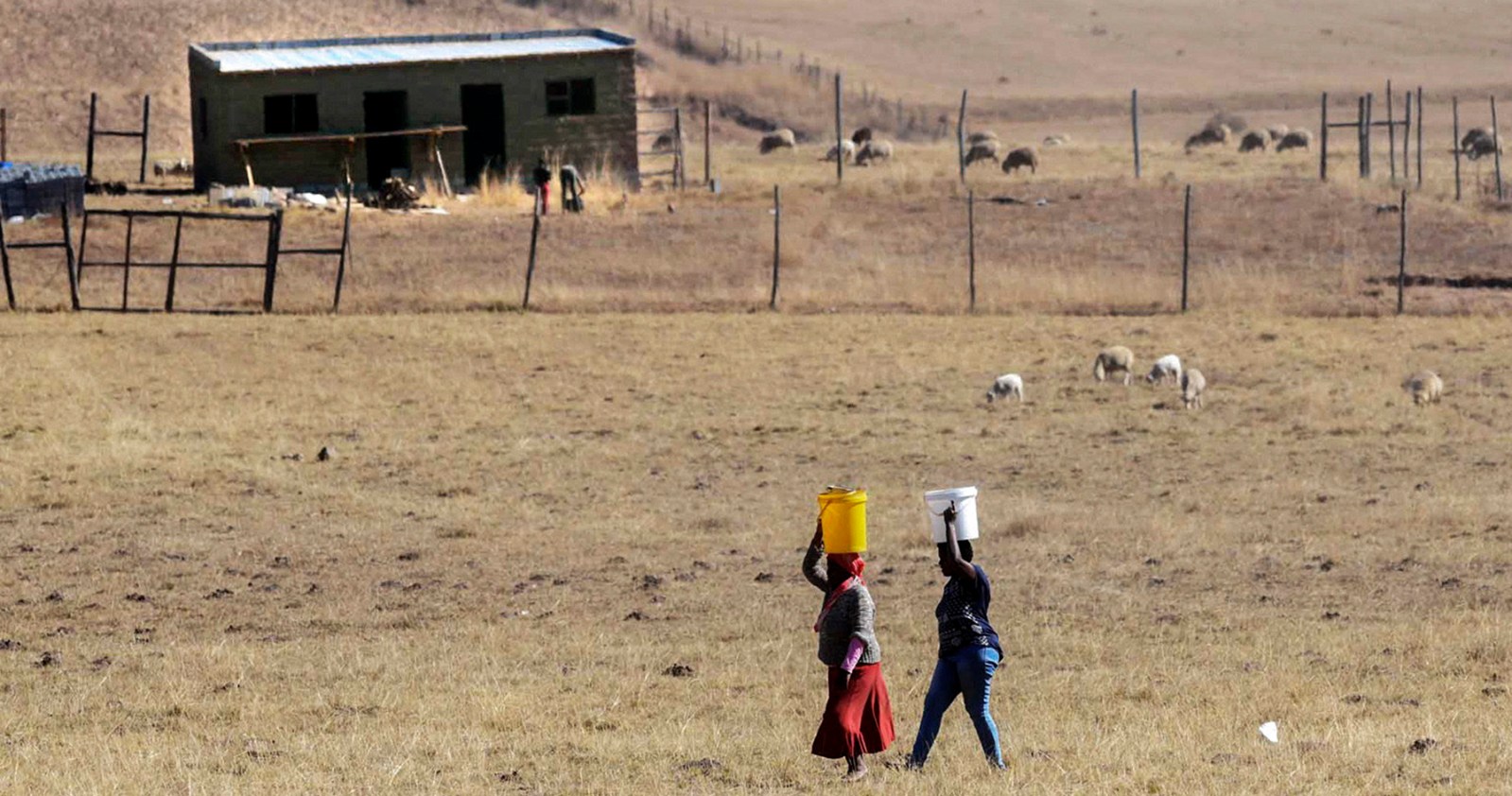 15/12/2021 Women living in rural areas who say that gender based violence is at worrying levels and they feel ignored and unheard in rural areas because they are so far removed from cities and towns. (Photo: Black Star/Spotlight)

Maverick Citizen spoke to women living in rural areas who say they are deeply concerned about the levels of gender-based violence, and that they feel ignored and unheard because they are so far removed from cities and towns.

The non-governmental organisation, Rural Women’s Assembly, recently hosted a “feminist school” which they say was aimed at empowering women against a patriarchal and oppressive system, particularly under traditional leadership.

Dimpho Zantsi from Eastern Cape said, “My view on the issue is strong in the sense that most movements do not focus on the rural areas – they rather focus on developed or developing communities and the rural communities are left unattended.

“So we need to educate people in the rural areas since most of the untold and brutal stories come from those areas. The reason why there are more GBV cases in those areas is that there is a patriarchal society that tends to overlook these issues.

“So focusing on those areas and raising awareness is key, and also educating them about LGBTQ since it is still viewed as Satanism.”

From the North West province, Baby Makgeledisa felt that “inequality has shown its ugly face for all South African women. Twenty-five years down the line, after the adoption of a Constitution that was meant to protect us, we are more unsafe as women than ever. Our human rights are not protected as women.

“Toxic masculinity is deeply woven into the experience of women and children in South Africa. We are living in a country of men with bruised egos. In most cases, we are told that women are weak and men are stronger than women.”

Speaking to Maverick Citizen, Denia Jansen from the Western Cape said,  “Being in a violent relationship always puts you down and puts you back as a woman, and living with violence daily puts so much stress and fear on our lives.

“I’m staying in a community where I can see and hear these violent remarks from men to women, even their young sons. I think we should start working with the young men because I see the implications if we don’t.

“I am quite anxious for women in my community. Our struggles as women are always the same… we’re always on the frontline of violence.”

Spokesperson for the Rural Women’s Assembly (RWA), Ronel Stevens, told Maverick Citizen that the organisation had started an SMS helpline for women in rural areas to be able to reach out for help in the event of falling victim to gender-based violence.

“Remember, if you are on a farm your livelihood is dependent on a farmer, and if you get into any domestic dispute while on the farmer’s property, it’s very difficult to access help. You’re far from a police station… there aren’t safe houses in rural towns and communities… there isn’t psycho-social support at the police stations when you do eventually get there.”

In a statement commemorating 16 Days of Activism Against GBV, the organisation said: “In most farming communities, a woman’s survival is tied to a man – either the farmer or her husband. The farmer is the gatekeeper to a job… the gatekeeper to resources for a sustainable livelihood and the gatekeeper to accessing resources in times of emergency. Moreover, being married ties you to the farmworker’s quarters; if you decide to leave your husband, you also make the unfortunate choice of leaving the farm, as these two options do not co-exist for farmworker women.”

Stevens says the helpline is a way in which the RWA is trying to respond to gender-based violence which “has literally gone to a level of war against women”. DM/MC