To infinity and beyond: Luno CEO Marcus Swanepoel talks about the company’s high-stakes journey 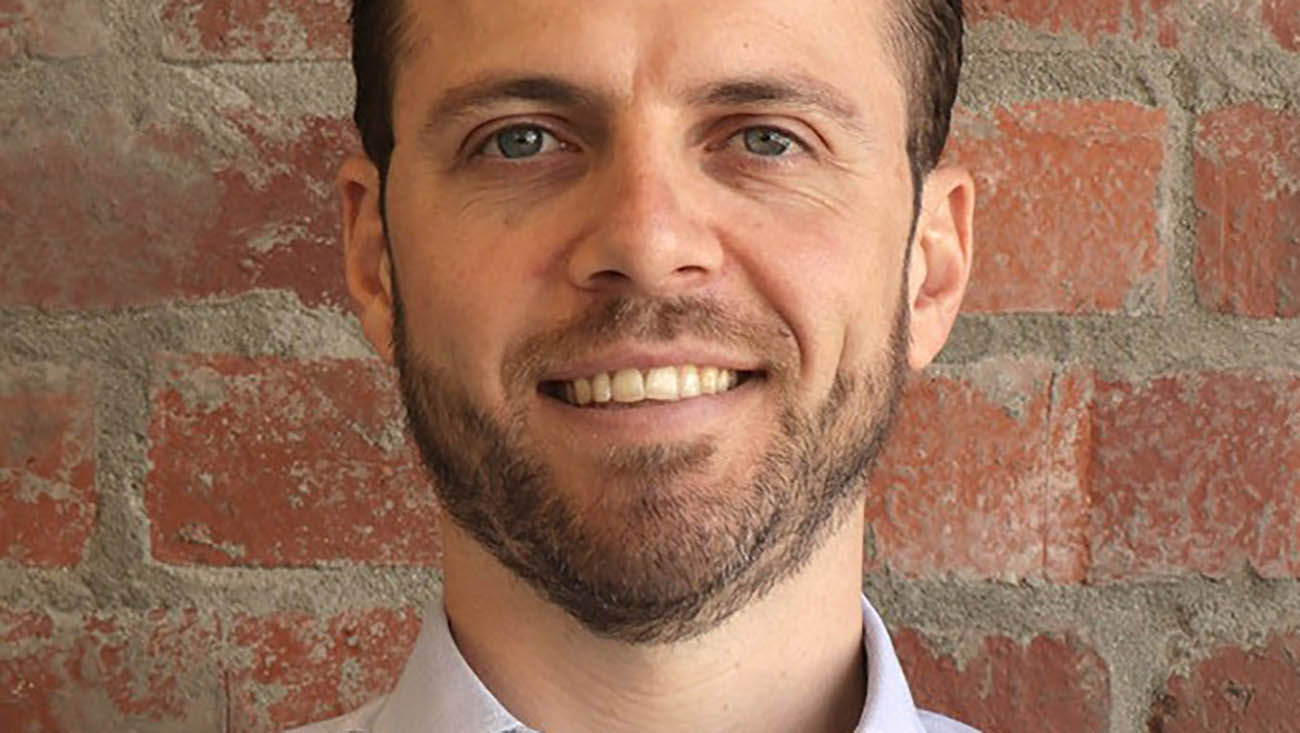 Luno CEO Marcus Swanepoel chats to Daily Maverick about how life has changed for him and Luno:

Daily Maverick: It is just over a year since Luno was acquired by the US-based blockchain investor, Digital Currency Group (DCG), for an undisclosed sum. Can you tell us how life has changed for you and Luno since then?

Marcus Swanepoel: As the saying goes, nothing changes and everything changes. A question I get a lot is how do we operate now being part of a larger group versus being venture capital backed. The reality surprises many, but we are actually operating more independently than we used to, which translates into more autonomy, speed and ability to set much larger and ambitious goals, with all the financial resources needed to back it up without having to raise money from new investors. This was one of the core reasons we joined DCG – not only a strong cultural fit but this autonomy, backed by arguably some of the best financial and strategic resources in the crypto industry.

(For those not familiar, DCG is an investment holding company with independent subsidiaries that are the leaders in their respective markets in the crypto space, including Grayscale, the world’s largest crypto asset manager with over $60-billion worth of assets under management; Genesis the largest prime broker; Coindesk the biggest media company. They operate in a similar way to Naspers/Prosus or Softbank).

What this has also given us is the ability to focus a lot more on our core business and not get distracted by other shiny objects, knowing that other parts of the group can focus on those while we focus on what we’re best at.

Practically, this has broadly translated into moving into new markets and products faster, already doubling the team from over 300 to 700 (which we will double again in the next 12 months), and having a record year across all metrics. You will see a lot more of this manifest in 2022 across everything from product and marketing to innovation and regulation. But we are still very early in this crypto industry and there is a lot to do.

Personally, I am working harder than I ever have but also enjoying it just as much as I always have. The goals are bigger, the stakes are higher, but the ability to impact so many more customers positively over time is really energising. And of course I’m surrounded by an incredible bunch of smart, ambitious and fun Lunauts across eight offices on five continents – I hopefully speak for all of us when I say this has been an incredibly positive transformative experience for all of us so far.

DM: Many in the crypto market are saying that 2021 has been a breakthrough year with new currencies, products and solutions emerging, institutions and fund managers re-evaluating their attitude towards cryptocurrencies and growing regulatory acceptance, with the exception of China. Would you agree and why?

MS: On the institutional side, yes, we definitely saw them coming to the party in a big way. Just a reminder though, institutions make up a very small percentage of the market, and mostly in the US, so this is just the tip of the iceberg.  We are now seeing the same happening across many other markets including South Africa, although the institutions are just doing it a lot more discreetly or moving a bit slower. 2021 was the tipping point, but not the peak of institutional money flowing in.

At the same time there are many parts of the industry that are probably at the top of their hype cycle: things like defi (an umbrella term for peer-to-peer financial services on public blockchains, primarily Ethereum), non-fungible tokens, and ‘web3’ (the next generation of the internet, which will exist on the blockchain). They all hold a lot of potential, but like Bitcoin went through initial hype cycles, we believe these and a few other things are also in those early development phases and so we’re likely to see some cooling off there in the next cycle.

There is, of course, still a lot of speculation and scams in the industry and my guess is less than 90% of what people see is actually useful or legitimate. One of the main issues is that people call everything ‘crypto’ now, which is like saying ‘finance’, but ‘finance’ is very diverse: there are currencies, commodities, debt, equity, platforms, etc – it’s all quite different, and in crypto it’s the same. So it’s important to do one’s own homework on where you get involved in the industry, and to filter out the legitimate opportunities.

On the regulatory side, it’s been pretty static: regulators are relatively pragmatic all over the world and are being constructive to help us and others come up with appropriate regulatory frameworks, which we fully support and in many countries help create in the first place. But understandably it’s still moving relatively slowly.

China is just China. They’ve ‘banned’ it over 10 times now, and every time it just keeps on getting bigger. The one major positive this year was the Chinese government banning mining, which shifted a lot of the activity to North America (and DCG’s Foundry). In the process it has helped minimise fears of the Chinese controlling mining, so it’s been a net positive for the industry.

MS: I think it depends very much which subsector of crypto we are talking about here; see some of my comments above. Some will move forward and many others will move backward.

DM: From a profit perspective, what is the current sweet spot in the crypto industry? And how will this change as time goes by?

MS: Traditionally, it’s been in the exchange space, and in mining depending on where you are in the cycle, but on the latter companies get wiped out regularly as they time it wrong. Right now, it seems to be in NFT and web3, although it remains to be seen how sustainable this is. In the long run I suspect it will mimic the existing financial services profit pools to a large extent.

For most people the ‘sweet spot’ is just investing into one of the leading protocols like Bitcoin.

DM: Singapore, where Luno has a base, along with its bases in Cape Town, Malaysia and its London HQ, is a major financial centre through which cryptocurrency providers see opportunity to expand into the rest of Southeast Asia. Luno is competing with about 100 other cryptocurrency exchanges for a licence to operate in that market, which is strictly controlled by the financial regulator. Would being awarded this licence make a massive difference to the way Luno does business there? After all, the company was incorporated in Singapore in 2012 and has operated there ever since.

MS: Technically, we are not competing; it’s just how many companies have applied for licences. We believe having a licence and being regulated is positive for every market we are in. The way we are structured is that we are trying to be regulated in every market… for example, we are licensed in Malaysia for Malaysian customers. So Singapore will be helpful for Singapore but not the rest of the world, and it’s one of our smaller markets. We aim to be fully licensed in every country we are in over the next two years, depending on how fast regulators can move.

DM: It has been said that emerging markets that battle with high inflation, limited banking infrastructure, and high transaction costs, provide the best use cases for cryptocurrencies. To the outsider, this appears to be the case for Luno, which lists SA, Nigeria and Malaysia as its biggest markets. Would you agree?

MS: In theory, yes, these are all important long-term factors that drive the market, but they are not the only ones. For example, a lot of activity lies in people investing their disposable income into crypto, which is seen as an alternative asset class with a different risk profile and asymmetric returns.  So over time these things will all play an even more critical role for adoption, but they are not necessary for crypto to be successful in the first place.

MS: We will keep expanding across all markets where it makes sense to, including other African countries. We definitely see ourselves as global first, but with a strong emerging market footprint. That is similar to any global multinational like Facebook or Google… it’s not one or the other – we’re planning to upgrade the world to a better financial system and it makes sense to do that across a global footprint, given the huge economies of scale and synergies across these markets. We are hoping to be one of the world’s largest and most impactful consumer financial services providers for the next generation of consumers.

DM: Luno intends to enter the US market in 2022. Why is it strategically important?

MS: I can’t comment on this right now. I will give you more information when we do, but put simply, it’s an untapped market with high demand for products like ours.

DM: Governments have been talking about introducing their own digital currencies – will this support the crypto industry in any way?

MS: I suspect for most countries it’s more talk than action; these things are easy to build at an experimental scale, but for governments to roll out new technology like this at full scale – for all their citizens – would be somewhat unprecedented (with exceptions like China). But if they do pull it off, it would 1) take at least five to 10 years to implement and 2) would be very beneficial for crypto as it would just increase the ease of switching in and out of decentralised crypto such as Bitcoin.

DM: What happened this year that you did not expect?

MS: A Luno sign was hung on one of the tallest buildings in Cape Town, alongside signage for three of the biggest banks in SA. But on a more serious note, the industry accelerated a lot faster this year than we anticipated. We knew it was coming, but just not that fast, particularly in certain subsectors like NFTs and some altcoins. BM/DM