The RET’s stance against vaccine mandates is not about Covid-19, but their own political interest 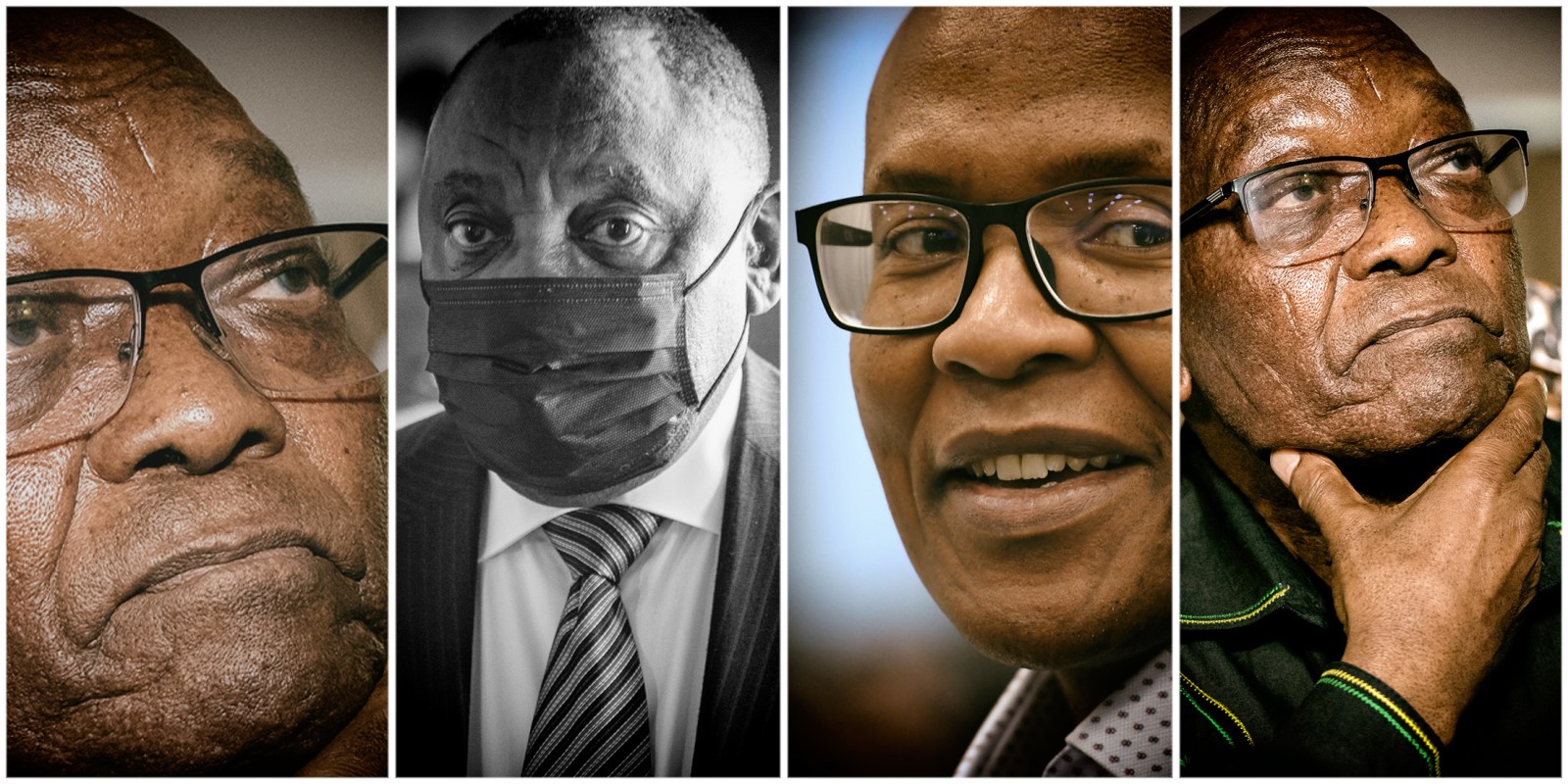 They are cynically using this issue to weaken President Cyril Ramaphosa as a political opponent.

Those who oppose vaccine mandates are using the issue for their own political ends in their fight against the current leadership. As court cases involving the issue creep ever closer, it is important to judge the voices in this debate by what their true interests appear to be.

One can roughly separate these people into:

While this classification may be contentious to some, it helps differentiate between the arguments.

Before embarking on an examination around mandatory vaccinations, two points need to be made.

The first is how contentious the issue is. In the UK, there is no consensus. This is a country that, while growing increasingly divided, has a much stronger and more trusted state than we do.

Just last week, a professor of ethics and a professor of applied moral philosophy at the University of Oxford contributed to an article arguing against mandatory vaccinations in the UK.

In Austria, about 44,000 people protested against mandatory vaccinations at the weekend.

The second point to make before starting an examination of the politics of this issue is that there is a big difference between those who say they don’t want to be vaccinated and those who campaign against other people being vaccinated.

It should surely follow that those who campaign against mandatory vaccinations should be examined much more closely than those who simply say they do not want a vaccine for themselves.

It appears there are three main groups involved in these debates.

There are doctors and scientists who generally argue that everyone should get a vaccination. They have seen the evidence and they are led by the evidence.

Then there are those who back mandatory vaccinations for health and other reasons. Many business leaders and those who run companies appear to back such a policy. For them, this is about getting back to what used to be called “normal” before the pandemic. It will allow their businesses to operate properly and safely, and also lead to the market for their products and services recovering. A policy of mandatory vaccinations is in their interests. They also believe that it will benefit other people and are themselves vaccinated.

This may explain why at least one business group is going to court to seek a declaratory order on this issue. The National Economic Development and Labour Council, where business, labour and government meet, appears to back this plan. For all three, a court order may serve a very useful purpose.

Almost all union leaders have strongly encouraged their members to be vaccinated, but their constituencies do not necessarily approve of mandatory vaccinations. Thus, union leaders are wary of pushing such a policy too hard.

The same may be true for the government. The leaders may well want a policy of mandatory vaccinations (every minister and official has spoken about the importance of being vaccinated), but they are afraid to force the issue.

If the government, business and labour leaders are wary of pushing the issue too hard, there is one group of people who cannot avoid it: judges, whose very job is to settle disputes between sides, no matter how contentious the issues are.

Thus, the issue may well be decided by a court, even when this is, fundamentally, a governance and not a legal issue.

Then there are those who oppose mandatory vaccinations, not for themselves, but for others.

Some of these are famous, first and foremost, for their support of former president Jacob Zuma.

When he is not hawking books at the local McDonald’s, Mzwanele Manyi is both the spokesperson for the Jacob Zuma Foundation and the head of strategy for the African Transformation Movement. It is worth repeating that he holds a senior position in one political party while speaking publicly for the former leader of another political party.

In his arguments against mandatory vaccinations, Manyi has not quoted science. But he has claimed that, “I may not be a Lawyer, Medical Doctor or Professor but I can see B/S from a distance regardless of the professional peddling it. I have a natural gift to see and sense nonsense.”

Evidence in France, the US, the UK and South Africa shows in plain numbers how vaccines save lives.

Manyi is not alone.

Carl Niehaus, who appears to have now been removed from his previous undefined job in the ANC secretary-general’s office in Luthuli House, has joined the crusade.

He has claimed that vaccine mandates amount to a “dompas”, and that they are a “money-making exercise at the cost of our civil liberties”. Yep, he genuinely said it.

If there is any doubt about the real target of this attack, Niehaus has also mentioned Ramaphosa in his claims. Referring to the president’s earlier promise that no one would be forced to be vaccinated, he tweeted: “That is why I have suggested that Pres. @CyrilRamaphosa should save this video clip (and said that he will thank me later), so that if he tries to make vaccination compulsory and is taken to court that he cannot say he has not been reminded and warned.”

It is worth mentioning that vaccine mandates and compulsory vaccinations are not the same things — but Niehaus would never allow facts to get in the way of a false statement.

They are joined by Nkosentsha Shezi, who describes himself as a “RET Champion” with a profile picture of himself with Zuma. On Sunday night he tweeted in response to a statement by a supermarket branch that it does not require mandatory vaccinations: “Spar backtracking on vaccine mandate. Score: Satan 0 Humanity 1. Lets fight on”.

It is not clear why this is suddenly such an issue for Manyi, Niehaus and Shezi, and how Satan got into the vaccine game. There is no public evidence that the issue of vaccinations was an issue for them in the past. There appears to be no constituency publicly demanding they take this action, other than Zuma-related Twitter trolls.

It is all about Ramaphosa, and the government he leads.

But Ramaphosa has made it clear this is a decision he will not take alone, to the disappointment of those who advocate mandatory vaccinations. So, why the sole focus on him?

Because they are simply, and cynically, using this issue to weaken Ramaphosa as a political opponent.

There is vanishingly little science in their posts. From time to time Manyi, and others, claim that Covid-19 vaccines are “experimental”, which is not true. As Professor Salim Abdool Karim has put it, scientists know more about these vaccines than virtually any other vaccine ever used. That knowledge is growing incredibly quickly because the sample has grown by billions, and by the time these vaccines were used in South Africa, much more was known about them than any other vaccines before.

There is also an apparent inherent weakness in an argument often advanced here. Several people claim that only a “minority” of people want vaccinations or mandatory vaccinations. They base this on the fact that currently less than half of the country’s population is fully vaccinated.

However, the proportion of people who get vaccinated can only go up, it cannot go down (unless the population suddenly grows dramatically in a short space of time). This means that the moment the number goes over 50% this argument can be used against them. This moment does appear inevitable.

Without any clear reason being advanced for their strategy, and considering the histories of Manyi, Niehaus and Shezi, the evidence points to them doing this simply to weaken Ramaphosa.

Of course, all of those involved in these debates will claim they’re making their points to help everyone get through the pandemic. And people with good intentions can disagree.

But it may be that the best way to assess the points that a particular group is making, whether they be business organisations or RET Twitter figureheads, is to interrogate their interest, which appears to be centred on weakening Ramaphosa before what appears to be a crucial ANC elective conference at the far end of 2022. DM