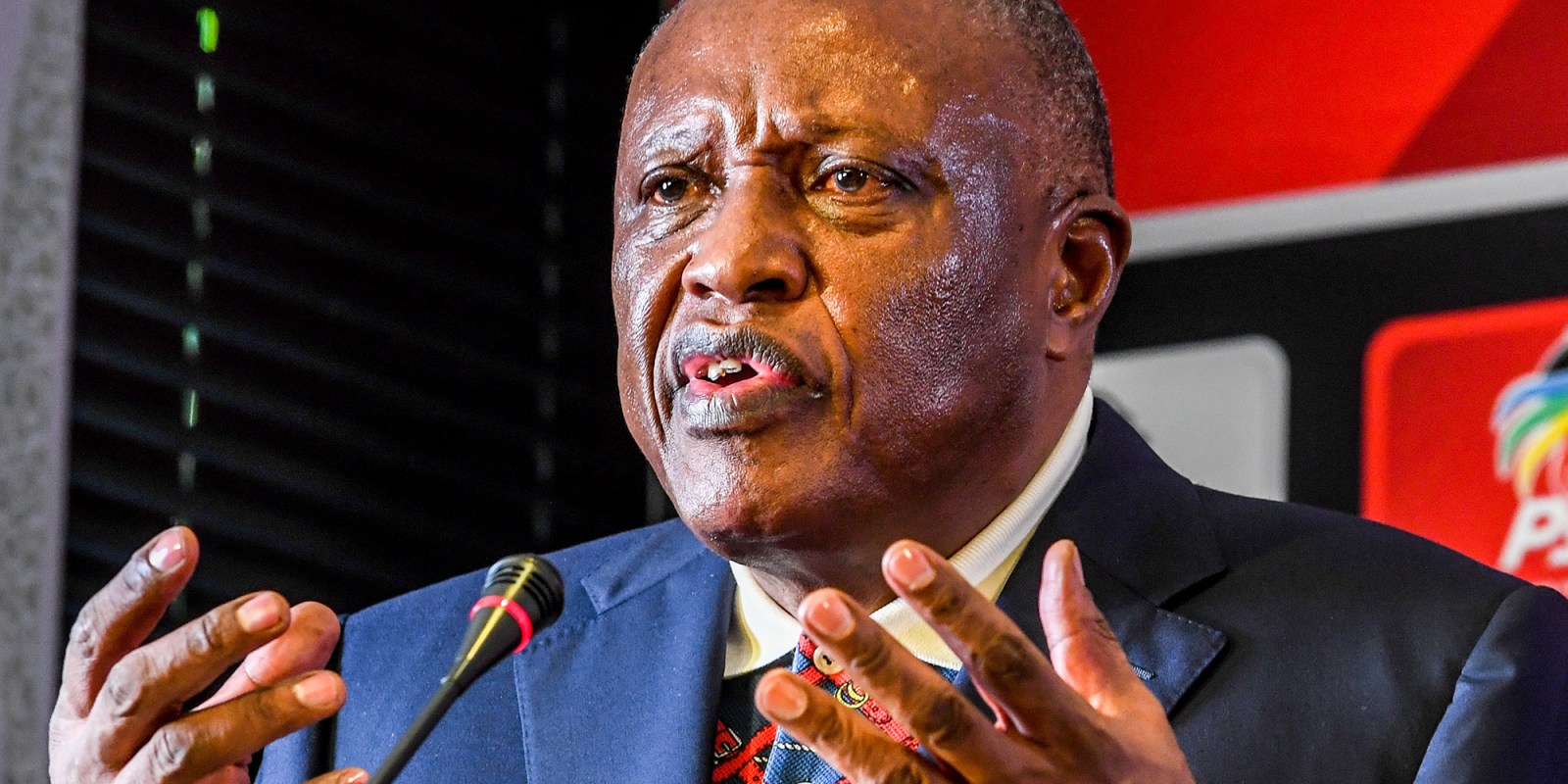 While speaking during the announcement of a new domestic competition that will be played in late January 2022, the Premier Soccer League’s hierarchy addressed the key issues that have popped up in recent weeks.

A number of issues have engulfed the Premier Soccer League (PSL) like a dark cloud in recent weeks. The issues include the departures of three key members from the organisation, as well as the issue around Kaizer Chiefs missing two games due to 35 people within their camp returning positive Covid-19 tests.

Speaking during the launch of the competition — set to be called the DStv Compact Cup, which will include all players in the top-flight who will not be at the Africa Cup of Nations (Afcon) — the league’s chairperson Irvin Khoza touched on these recent happenings, though without going into much detail.

Nande Becker, who acted as the league’s prosecutor in disciplinary matters, confirmed he had left his post at the end of November. He was soon followed out of the door by the organisation’s legal advisor, Michael Murphy. Then soon after emerged the news of the departure of finance manager Yusuf Seth.

“Yes, at this point in time, the prosecutor resigned and Michael Murphy resigned,” Khoza told journalists. “Now, I am not going to go into detail because as chairman of the league, I always act responsibly, and make sure with all the insinuations that come up, you must take it to the chin.

“But it is important to suggest that, yes there are resignations, but these resignations were not a responsibility or cause of anyone of us from the executive committee. It’s very important to make that clear.”

The chairperson said Seth had departed to work at the mother body of world football, Fifa.

Khoza also added that they were working on a resolution in the Chiefs matter where the club was brought to its knees by a Covid-19 outbreak at their headquarters in Naturena, Johannesburg last week.

Though they were able to put together a team for their most recent match against Sekhukhune United, Amakhosi could not honour the fixtures against Cape Town City and Golden Arrows which preceded the clash against Babina Noko.

In late 2020, as the league resumed in a bio-bubble and under pressure to complete its 2020/2021 programme as soon as possible, the league’s leadership decided that Covid-19 would not constitute the “extraordinary circumstances” that the league normally considers for a match or matches to be postponed.

The prevailing sentiment is that within that resolution, the league should’ve included a clause stipulating that if a club returns a certain number of positive coronavirus cases, then there would be grounds for a postponement to be considered. As it was, that didn’t happen.

Instead, the league enforced the rule against the now-defunct Cape Umoya United in the GladAfrica Championship last season. The league’s disciplinary committee found the club guilty of failing to honour their fixture against city rivals Cape Town Spurs.

“It is not an easy matter. It is a matter that was dealt with by the football department. It was escalated to the executive committee. It requires a lot of attention to detail to adjudicate this matter. It must be seen to give a thorough evaluation and process,” said Khoza on Chiefs’ situation.

“We’re a rules-based organisation. Everything is easy because we just refer to the manual or the rulebook for answers. But there are situations that occur in normal life to apply our mind, especially in a matter that’s got a lot of debate on life and livelihoods.”

Khoza’s words suggest that despite the rules in place, an exception might be made for Amakhosi.

It is a situation that might result in conflict at some point in the season, especially coming from the two teams in, City and Arrows, that the Soweto giants were set to play, who made their way to the respective stadiums to honour the fixture.

New kid on the block

With Multichoice already sponsoring the top-flight DStv Premiership, as well the reserve league, they have added another competition — the DStv Compact Cup.

The competition is set to take place over the last two weekends of January 2022 and has seen the Premiership’s 16 sides divided into four regional groups. From these groups, which comprise two coastal groups and two inland groups, fans will vote to create four teams consisting of 20 members each.

The competition will kick off at the semi-final stage, with the winners of each match advancing to the final, and the losers duelling it out for a bronze medal. All players who will not be at Afcon 2022 in Cameroon are eligible to be voted for by the supporters.

Voting will be from 20 December up until 3 January, with the details around voting yet to be provided by the PSL. The venues and the scheduled times for the matches will also be announced in due course. DM