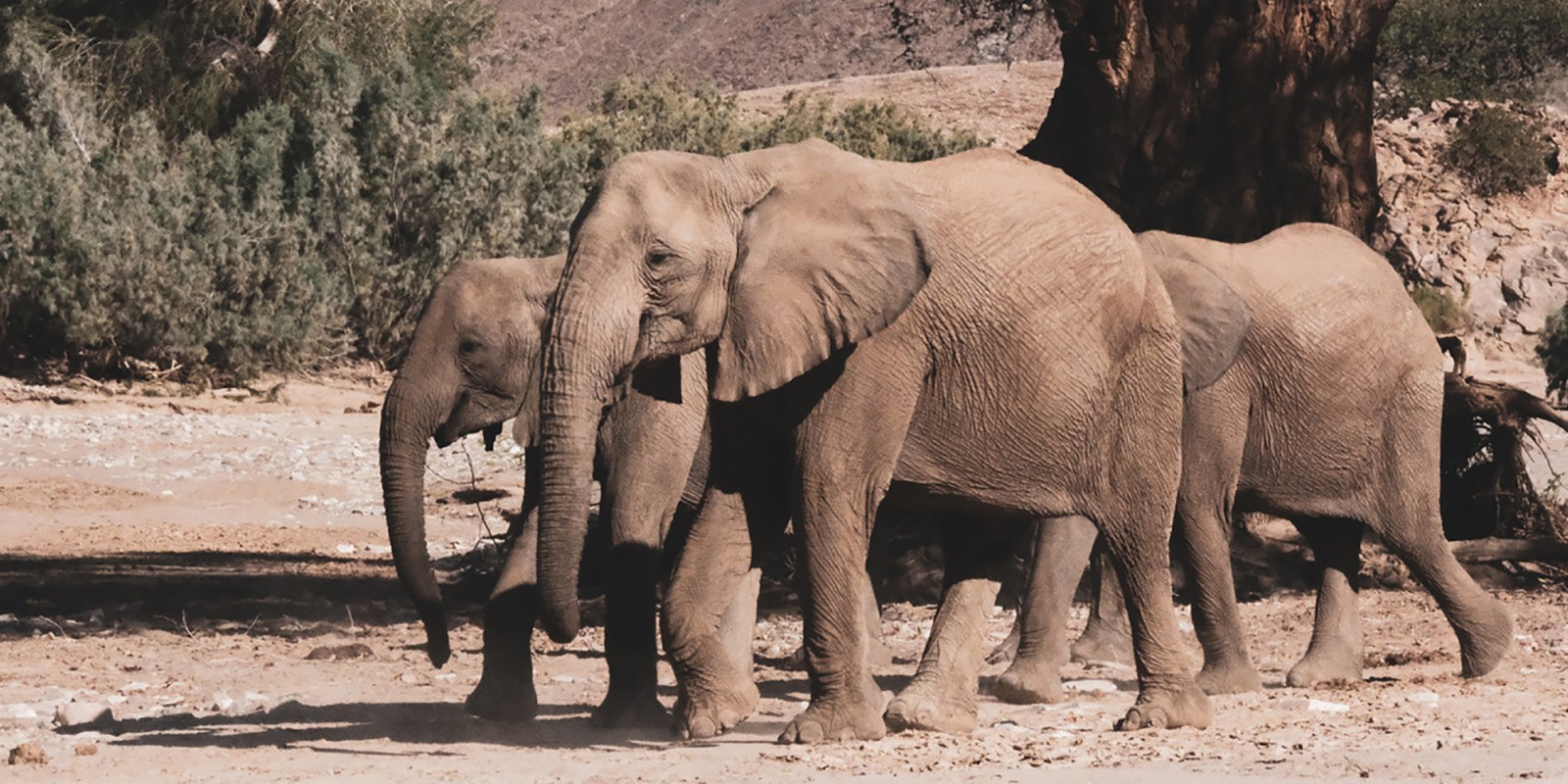 Namibia’s Community-Based Natural Resource Management is seen as a global gold standard for conservation. But a probe has found that it’s falling apart.

An investigation into Namibia’s wildlife management policies and programmes by two environmental researchers has found that the claimed success of conservation in the country and economic benefits for poor rural communities are largely a fabrication.

After two months of visiting 29 conservancies across Namibia, Dr Adam Cruise and Izzy Sasada found that – particularly in the northern areas – larger species such as elephants, lions, zebras and oryx were in decline.

Far from being a success story, Namibia’s much-touted wildlife conservation model had achieved the opposite of what is commonly presented, they say. They found wildlife numbers declining and elephant and other wildlife populations in the Kunene Region collapsing.

Throughout the country, many rural communities in Community-Based Natural Resource Management (CBNRM) areas were found to be in worse condition than before independence.

Minority groups such as San, Himba, Kavango, Caprivian and Damara were being exploited, both by the government and by larger ethnic groups such as Ovambo and Herero “settlers” who had moved into their conservancies to exploit the natural resources.

“Namibia is always presented at CITES meetings as the exemplar of wildlife protection and community upliftment,” says Cruise. “Entities like WWF, USAID and the European Union pour millions of dollars into Namibian conservation. But more and more studies have been questioning the efficacy of CBNRM. I needed to find out for myself.”

He and Sasada chose elephants as a yardstick, since they’re key to measuring the health of Namibia’s biodiversity and take precedence in the perceived earnings and subsequent “benefits” for local communities. At the time of the study, Namibia announced it would auction off 170 wild free-roaming elephants to foreign bidders.

“We wanted to assess the areas earmarked for capture both in terms of how that might affect the elephant populations there and how they ostensibly benefit local communities,” says Cruise. What they discovered shocked them.

They found that all wildlife populations, including elephants and gemsbok, were dangerously low. The people who were supposed to benefit from Community-Based Resource Management were hungry, impoverished and fed up with the government. Unemployment, exploitation and land expropriation were widespread and there were almost zero opportunities in terms of work, health and education.

The common complaint throughout was that many still felt under the yoke of colonisation, merely that the colonisers had changed. “The pervading mood throughout our travels,” says Cruise, “ranged from resignation and despair (mostly among the San) to anger and even open sedition, as in the Zambezi Region.”

Sasada, an anthropologist, says she found the testimonies of particularly the San people in Nyae-Nyae and N#a Jaqna conservancy difficult to bear.

“The San people I interviewed had been bullied and marginalised on all sides, both by conservancy managements who disregarded them and accepted bribes from ‘settlers’ (outsiders) in exchange for land, and by the settlers themselves, who bewitch them, underpay them for labour and steal their government pensions and child support money.”

Their traditional hunter-gatherer lifestyle which tourists come to experience no longer exists in these communities as they’ve lost access to the natural resources on which they depended.

A man was interviewed who had to walk several kilometres each day to collect water, since the tap provided by the conservancy had been blocked off by one of the settlers who now used it for his cattle. He said the cattle devastated the bush fruit on which they had survived and they often entered the homestead and destroyed crop gardens. 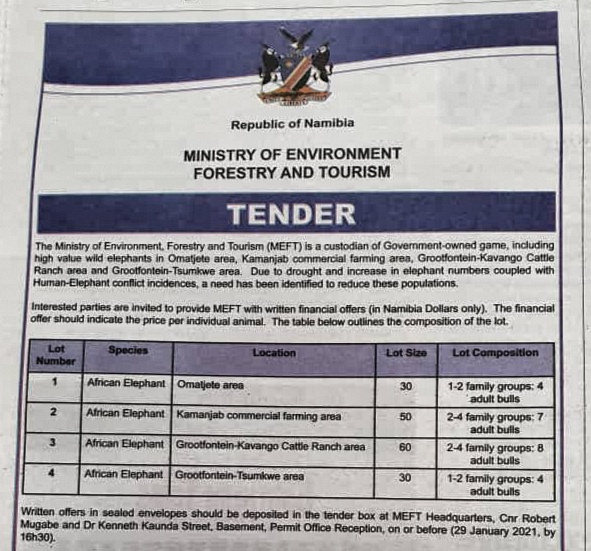 Another man said he had been to prison for three months for killing a blue wildebeest because his family was hungry. Traditional hunting had been banned in the area he lived in. He said he couldn’t fathom why a white man could come from abroad to kill an animal for fun when his own family could not hunt “for the pot” as they had done for generations.

The report found that, particularly in the CBNRM-dominated Kunene region, while many wildlife species were in sharp decline, desert-adapted elephants were marked for capture, auction and possible export.

The Namibian conservation model, it says, is an example of an increasingly “neoliberal” global policy framework as applied to biodiversity conservation, using a market-based approach with attendant socioecological effects. The model is considered successful in conserving wildlife and providing economic upliftment for impoverished rural communities. Yet assessment is warped by huge wealth disparities.

“Namibia  has an annual GDP of about $10.7-billion with an average per capita income of around $5,300 a year. These figures, however, are skewed by 3,300 US dollar millionaires in the country. This hides the fact that about 18% of Namibia’s population live below the poverty line in spite of claims that its wildlife economy has been successful in reducing poverty.”

Under its conservation model, the Namibian government fully supports international commercial trade in wild animals and parts or products derived from them, including from threatened species such as elephants.

It has regularly proposed a lifting of the ban on international commercial sales of ivory and on two occasions (1999 and 2008) it was granted permission by CITES to sell its national ivory stockpile.

Namibia’s recent announcement that it will auction 170 live elephants elicited widespread international criticism and could weaken its tourism sector at a time when it needs to rebuild the sector after Covid lockdowns.

The goal of CBNRM was to promote sustainable natural resource management by giving local communities rights to wildlife management and tourism.  CBNRMs are described as “self-governing, democratic entities, run by their members, with fixed boundaries that are agreed with adjacent conservancies, communities or landowners”.

They are managed by committee members and must have wildlife management plans and prepare financial reports. Since 1998, Namibia has created 86 CBNRMs, covering more than 20% of the country and encompassing about 228,000 community members.

The report by Cruise and Sasada, however, concludes that the programme’s perceived success of wildlife conservation and economic benefits for previously disadvantaged rural communities have been grossly misrepresented.

“Far from being a success story, Namibia’s much-touted wildlife conservation model and its adherence to sustainable utilisation of wildlife through community-based management has, in fact, achieved the opposite of what is commonly presented.

“Overall wildlife numbers are declining and elephant populations in the Kunene Region are collapsing, while rural communities within the CBNRMs are as impoverished as ever, in many cases, more so.”

Namibia’s ministry of environment and tourism was approached for comment but had not responded by time of publication. DM/OBP