Judiciary meets most targets despite cyberattack and Covid-19 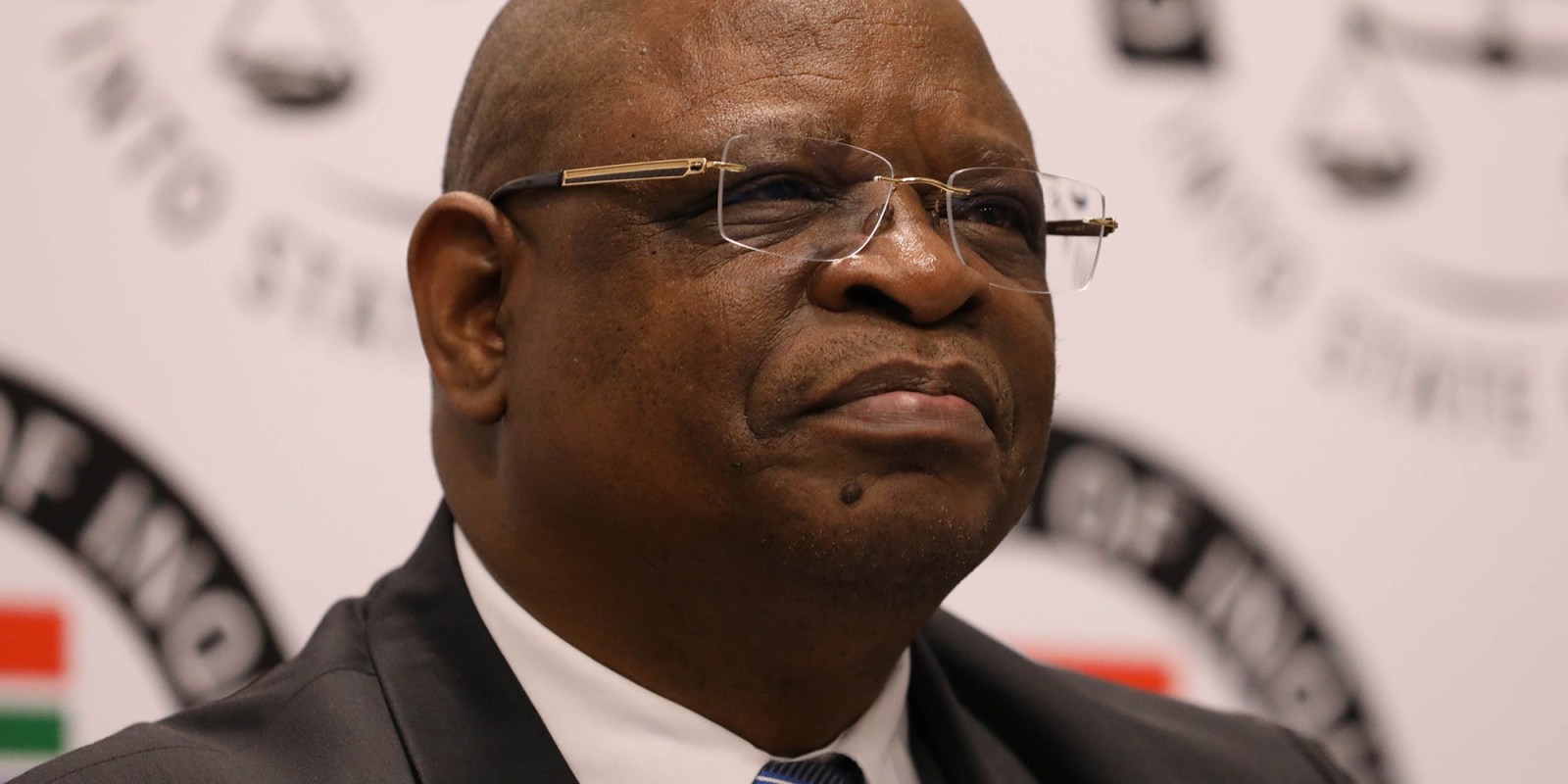 Despite the Judicial Service Commission coming under fire for politicising the appointment of judges, acting Chief Justice Raymond Zondo said there was no need to change the appointment process.

The release of the judiciary’s annual performance report by acting Chief Justice Raymond Zondo on Tuesday painted the sphere as being mostly in good health when considering the meeting of targets, if compared to other South African institutions.

As for the reform of the Judicial Service Commission (JSC), which has come under fire for the politicisation of the process used to choose judges, Zondo said he did not see any need for change.

“Over the years there have sometimes been people who have expressed views about a need for changes or reforms to be made in the way judges are appointed, and I have heard of late that there should be reforms, but at this stage I would not call for any reforms in terms of the constitutional arrangement,” said Zondo in response to a media question after he had delivered the annual report.

“I think it’s more important that we don’t tamper with the Constitution unless it’s really serious. At this stage, I would not be calling for any reform in terms of the manner in which judges get appointed.”

In October, the JSC held a rerun of its April 2021 interviews for two Constitutional Court vacancies after the Council for the Advancement of the SA Constitution (Casac) challenged the submission of the shortlisted candidates in court. Casac contended that the entire process had been flawed.

While the JSC interview process may be politicised, Zondo said in response to a question from Daily Maverick that he had not received any reports from judges of attempts at political interference in cases.

Referred to as “Judiciary Day”, the publishing of the report and performance indicators is an attempt, introduced by retired Chief Justice Mogoeng  Mogoeng in 2018, to create greater transparency surrounding the judiciary.

The report is a review of the period 1 February 2020 to 31 March 2021 for the country’s 16 high courts, Constitutional Court, Supreme Court of Appeal, Labour and Labour Appeals Court, the Competition Appeal Court, Land Claims Court and the Electoral Court.

Notably missing was data relating to magistrates’ courts, both regional and district, with the reason for the omission being stated as such in the report:

“A system crash at the Department of Justice and Constitutional Development has resulted in the information on the Integrated Case Management System, which stores the performance statistics relating to Magistrates’ Courts (district and regional), being inaccessible.

In the year under review, not one new judicial appointment was made. The report stated that due to the Covid-19 pandemic, the JSC “could not conduct interviews to fill judiciary vacancies”, with all the vacancies being occupied by acting judges.

The report raised the issue of criticism over the delays in the process of finalising complaints of alleged misconduct against certain judges, with specific reference made to the more than decade-old complaint against Western Cape Judge President John Hlophe.

In 2008, Hlophe was accused of attempting to improperly influence Constitutional Court justices Chris Jafta and Bess Nkabinde in a matter involving former president Jacob Zuma. The matter was only finalised this year.

“Whereas there was some backlog in the resolution of complaints of alleged misconduct against Judges a few years ago, no backlog exists now. That the JSC does not have any backlog now is due to, among other things, a new system that was introduced about a year or two ago which saw the Heads of Court, particularly the Judges-President of the various Divisions of the High Court and specialist Courts getting very involved in the adjudication of complaints against Judges.”

The report also measured 11 key performance areas, of which the targets of only three were not met.

One was by the Constitutional Court itself and another was the Labour Court, both of which failed to meet their respective targets in finalising matters, set at 70% and 58% respectively.

The third area of concern was the judiciary’s inability to reduce the number of criminal cases placed on the roll that are older than 12 months to below 30% of all outstanding matters before the various high courts. The average was 41%, or 353 of the 870 outstanding matters, not finalised as of 31 March 2021.

However, this percentage should be viewed in the context of cases that were finalised. The high courts managed to finalise 9,749 criminal matters out of 11,413, and a total of 69,908 civil matters out of 83,080.

The report said that despite a cyberattack setback this year, the judiciary was still moving more services online, introducing a case management and evidence management solution. This would make it easier to control storage, retrieval, and management of electronic documents on the filing system.

“Modernisation of the courts and digital transformation initiatives remain crucial for improving service delivery. During the period under review, the [Office of the Chief Justice] had planned to roll out the Court Online system in two service centres. However, due to challenges brought on by the Covid-19 pandemic, as well as system failure caused by an ICT security breach, the full implementation of this project could not be achieved. The Court Online system was, however, partially implemented in the Gauteng Division of the High Court.”

“Substantial progress” had been made in gender transformation of the judiciary, according to the report, but female representation was still not at “the right level”.

As for the appointing of a new Chief Justice, the JSC issued a statement on Tuesday afternoon saying that the four shortlisted judges — Zondo, Mandisa Maya, Mbuyiseli Madlanga and Dunstan Mlambo — would be invited for public interviews scheduled to take place from 1 to 5 February 2022, with details of the time and venue to made available at a later stage. DM