Inflation is #1 problem and balancing act: central banks hold the keys to world’s economic health in 2022 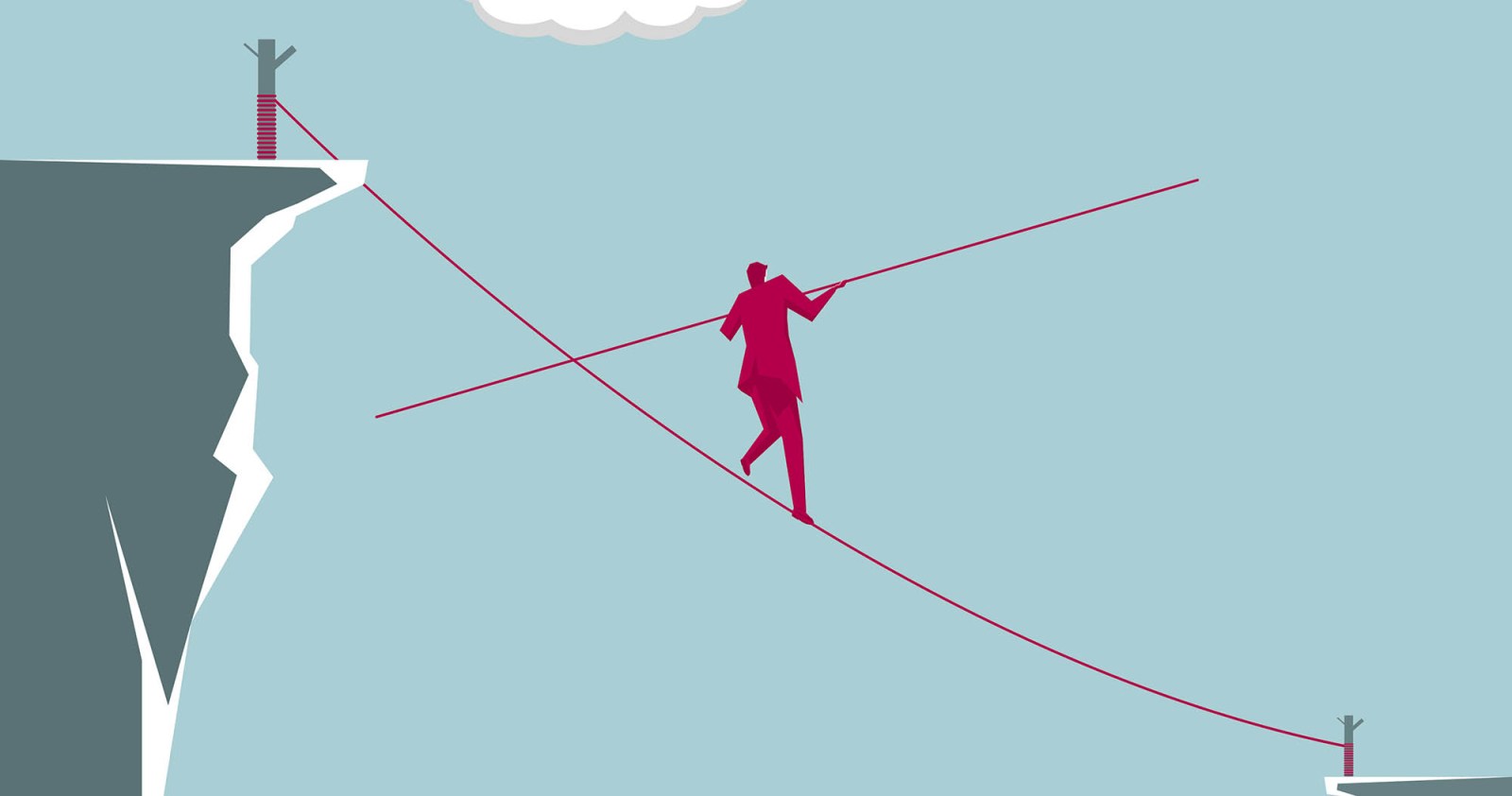 As the panic about the emergence of Omicron has subsided, so the risk of inflation and changes in central bank policy has taken over as the primary concerns for financial markets and the global economy in 2022. Thus central banks will remain centre stage as they grapple with getting the balance right amid unprecedented and unpredictable times — or face the dire consequences of getting it wrong.

A year of transition or the great rebalancing. But 2022 is probably better described as the year when central banks around the world, particularly the Fed, had better get the balance right otherwise there will be significant economic costs to bear in the years that follow.

The inflation hawks, who have largely been an outspoken minority for the past six years, have been consistently harking back to the 1970s and warning that if central banks don’t take immediate action, the world could be headed back to this tough era of stagflation.

As the year draws to a close, however, the prospect of stagflation is largely absent from most major bank outlooks for 2022. But it does still hang around in the background as a potential worst-case scenario if the central banks make a misstep in withdrawing monetary policy stimulus too quickly.

Central banks are in the unenviable position of not knowing when inflation is likely to peak; when supply problems will begin to subside or how disruptive Omicron will prove to be. That uncertainty is also taking root in consumer sentiment, with the “Misery Index” — created during the 1970s stagflation period to capture how respondents felt about inflation and employment levels — now sitting at recession levels, according to Oxford Economics.

The Index, created by economist Arthur Okun, reached 19.9% in mid-1975 when inflation was 11.8% and unemployment 8.1% and went on to peak at 21.9% in early 1980. Just three years later, Depeche Mode’s song “Get the balance right” hit the charts and could well have been a rallying cry for 2022, with the lyrics, “When you think you’ve got it all, you haven’t got a hold at all” — hopefully not a harbinger of things to come.

Almost five decades later, the misery reached a peak of 15% when the pandemic hit and now sits above 10%, with concerns about inflation deepening after consumer price inflation reached a 39-year high.

Oxford Economics says inflation has become the number one problem in the minds of households, and this extends to the fact that worker earnings — although rising in a tightening market — are not keeping up with inflation.

“Inflation-adjusted wages fell again last month and are no higher now than they were in March 2020, despite a tumbling unemployment rate.”

The economic consultancy adds that the Fed now considers inflation as its number one problem over employment, and that “there is some concern that it may overreact and stifle growth”. It notes that this is evident in the bond market, where the yield curve has flattened markedly in the past few weeks, indicating that investors expect short-term rates to catch up with long-term rates when the Fed starts hiking rates.

Views on when the Fed will begin hiking have been pulled forward to earlier next year — perhaps at its March meeting. However, opinions are divided on how far the Fed is likely to go, with some expecting the official rate to rise to 1.75% and Vanguard seeing it ending at a higher 2.5%, “to keep wage pressures under control and to keep inflation expectations stable”.

There’s also debate on whether there could be two or three hikes, or whether the latter would be a step too far.

ABN Amro’s macro research team also contemplate how 2022 will differ from the last rate hiking cycles in 2016 and 2019, pointing out that often the financial markets will do some of the work by pricing in potential rate hikes ahead of when they happen.

Thus, central banks need to be cautious in moving too quickly and risk overdoing it when it takes some time to see the full financial market impact of the latest rate hike.

The team explains that as the Fed begins to raise interest rates, financial markets tend to move preemptively to price in the tightening cycle, with the result that bond yields rise, possibly eroding investor sentiment.

“Financial conditions are a key transmission channel for monetary policy — equity market moves have wealth effects and consumer confidence in the US is often heavily impacted by market moves, while mortgage rates tend to track long-term bond yields.

“As such, the Fed is mindful of the reactions in markets — globally as well as domestically — as these moves can do much of the tightening work for it.” This was evident in the 2016 and 2019 rising rate cycles, when the Fed paused after the S&P 500 fell 13% and 20% respectively in response to its rate hikes.

This time, however, circumstances are very different. Back then, central banks were faced with inflation running below their targets, while inflation rates are now multiple times targeted inflation.

According to the IMF, the expected average inflation rates in advanced economies for 2021 range from 7% in Estonia to under 1% in Switzerland and Japan. The US inflation rate is expected to average 5%. In emerging markets, rates are even higher, with Brazil at an 18-year high of 10.74% in November, and expected to reach 12% by the end of the year, and Turkey’s at 21.3%.

ABN Amro contends that although the Fed is still likely to take into account the market’s pre-emptive moves and how these will help the central bank achieve its objectives in 2022, it would have to weigh this against likely risks of inflation rising further.

“In that scenario, the Fed might well conclude that inflation is a bigger concern for the outlook than a major correction in equity markets. This suggests the hit to global growth could be larger than in previous Fed tightening cycles.”

Robeco strategist in the Global Macro team, Peter van der Welle, provides a useful distinction between good, bad and ugly inflation, saying the nature of inflation matters. Good inflation, he notes, is “the non-accelerating type that coincides with an economy that is operating in equilibrium”. Bad inflation is what we are currently experiencing due to supply constraints, and ugly inflation, the type we are most worried about, threatens because of the strength of the US labour market and the potential for this to turn into a wage-price spiral.

In a recent S&P Global Ratings assessment of the risks in the US labour market, chief US economist Beth Ann Bovino noted that the US economy is set to start 2022 on uneven ground because the labour market is recovering slower than expected.

The issue is that companies are having to increase wages to attract employees or persuade existing employees to stay in what she describes as “a revolution of workers voluntarily leaving their jobs — largely in search of better pay, child care and working conditions”.

This is evident in the 4.2 million Americans who left their jobs in October, which was a record, according to BLS data, and recent jobs data has come in at less than half of the numbers expected. If this continues, says Bovino, it will take until the fourth quarter of 2025 for the US economy to regain the jobs lost during the pandemic.

Even if employees are wooed by the better wages on offer, they don’t feel the benefit because their earnings are being eroded by higher inflation. Bovino says average hourly earnings increased by an “astonishing” 4.8% year-on-year in October from 0.3% the previous month — but this still trails US consumer price inflation of almost 7%.

Next year, we face two scenarios: the downside risk of companies continuing to increase remuneration levels to the point where a wage-price spiral is set in emotion, or the upside risk of the Fed successfully containing inflation and nipping this emergent inflation pressure in the bud.

It is the outcome of navigating this tricky challenge that could determine the success or failure of the Fed getting the balance right during 2022. BM/DM