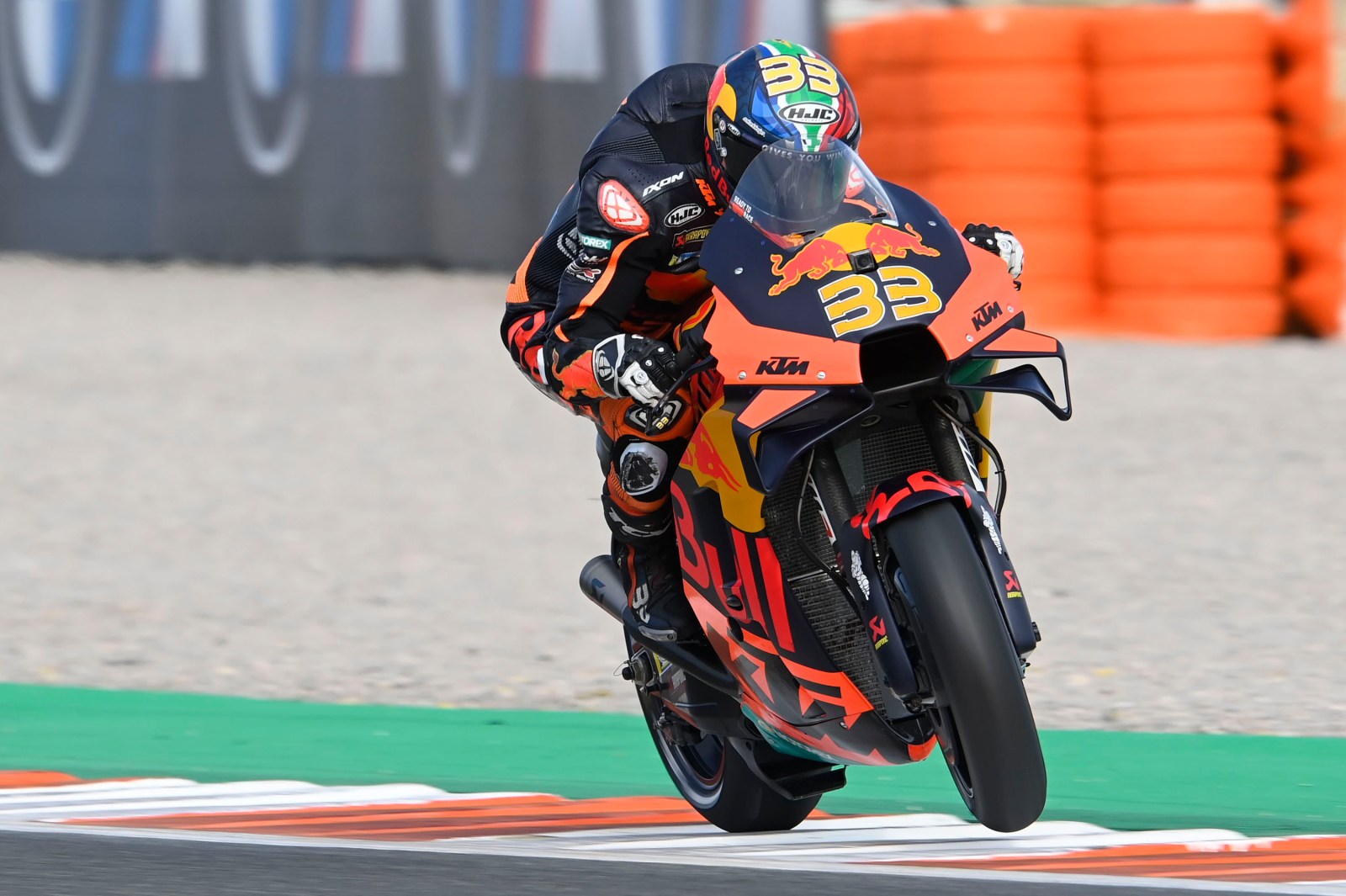 South Africa’s MotoGP star, Brad Binder, is ready to contend for the title in 2022 after two years in motorcycling’s elite class. And he’ll have his brother Darryn for company on the starting grids next season.

Brad Binder is going to allow himself the luxury of holidaying for “more than a week” while he is in South Africa over the summer.

After a gruelling 2021, in which he finished sixth in the MotoGP championship race and won his second elite-class Grand Prix in pouring rain in Austria, he needs to recharge.

But “recharging” is a relative term when you’re a top-level rider in an athletically demanding sport such as MotoGP. It requires all the elements of any peak athletic endeavour – strength, stamina, flexibility, durability, mental toughness, adaptability and an analytical brain.

To make all those aspects work in harmony, Binder must stay in immaculate physical condition. Everything else follows, which is why he’ll only allow himself about 12 to 14 days of enjoying a few braais and lazing about before his exercise regime kicks in.

He’ll be working hard over the festive season, even though the first racing weekend of the 2022 MotoGP season is on 6 March next year. There is pre-season testing from February, and riders need to be in racing trim for those vital sessions. Lessons learnt during testing in Malaysia, Indonesia and Portugal will go a long way towards making progress throughout the year.

It won’t do for a rider to arrive out of shape, needing time to be physically able to push the bike to its limits. It’s the machine and rider technique that requires refinement in pre-season sessions, not physical fitness. That should be a given.

“I believe you have to have a balance between training as hard as you can on some days, and others you shouldn’t get off the couch,” Binder said in a briefing with the South African media.

“I’m a great believer that, to turn on, you’ve got to be able to turn off. December is the time to recharge the batteries and lead a ‘normal’ life for a short time. But for me, on 15 December I already go back into my proper training programme.

“You want to peak your fitness by the first race. You can’t start too late, so I want to get an early jump on it and build it up so I’m fully ready by Qatar [on 6 March].

“In 2020, I took only one week off, but by the first race this season I already felt like I’d overdone it. This year, I’m looking to take two weeks off and be a bit fresher.”

Although finishing sixth in the 2021 championship with one race win kept the Binder graph trending upwards, the KTM Red Bull rider admitted he needed to be better in qualifying to allow better chances to win races.

“It is a complete mess starting races from further back on the grid because you cannot push and do clean laps, and you lose a lot of time in the early part of the race that is almost impossible to make up,” Binder said.

“I have been working a lot on improving my qualifying and being able to put in one strong lap in each session. You really need to understand these bikes very well and how far you can push the tyres before you can really get those last two- or three-tenths required to move up the order.

Binder explained that the back wheel on his machine tends to spin when he punches the throttle on the way out of corners. It’s impossible to see with the naked eye in real time, but when the wheel is spinning instead of gripping, even for a short time, it costs valuable fractions of a second.

Over the course of a 24- to 26-lap race, he can lose valuable seconds. In MotoGP, five seconds could be the difference between first and sixth.

“There are two main areas where we can find time. We are really struggling with rear grip out of the corners, and in the ‘wheelie zones’,” Binder explained.

“We are wheeling a bit too much and not getting as much power down on the ground as we need to.

“Midway through this year, we made huge steps to get the bike to turn in, thanks mostly to the new frame. We were excited heading into the second half of the year, but three or four tracks hid our grip issues very well.

“Due to their open and flowing nature and their lack of low-speed areas, followed by big acceleration zones, it wasn’t so noticeable. It was only later on in the year that we realised that we had a rear grip problem. We could work around it and improve things, but we haven’t entirely solved our issues.

“The racing is so tight in MotoGP at the moment; if we can find a couple of tenths per lap, we will be fighting for the podium every weekend.

“I hope to be a lot better than sixth next year. I am happy with how I approached each weekend and finished most of the races in 2021. I am confident that, if we can make a small improvement to our package, we can go a long, long way.”

For Brad there will be a new but familiar face on the grid in 2022 – his brother Darryn. The younger Binder is making the unusual step up from Moto3 to the premier class. Darryn will ride for Yamaha.

He is the first rider since current Ducati MotoGP star Jack Miller to leap from Moto3 to MotoGP without taking the usual route of competing in Moto2 first.

“It will be really awesome to have Darryn in the class with me, but he has a big job ahead of him,” Brad said. “To make the jump from Moto3 to MotoGP is not easy, but he did extremely well at the first test [in Jerez last month].

“I am looking forward to having him on the grid with me in 2022. For us, as a family, it is really amazing that we will both be racing in the MotoGP class now because that is what we have all been working towards.” DM168