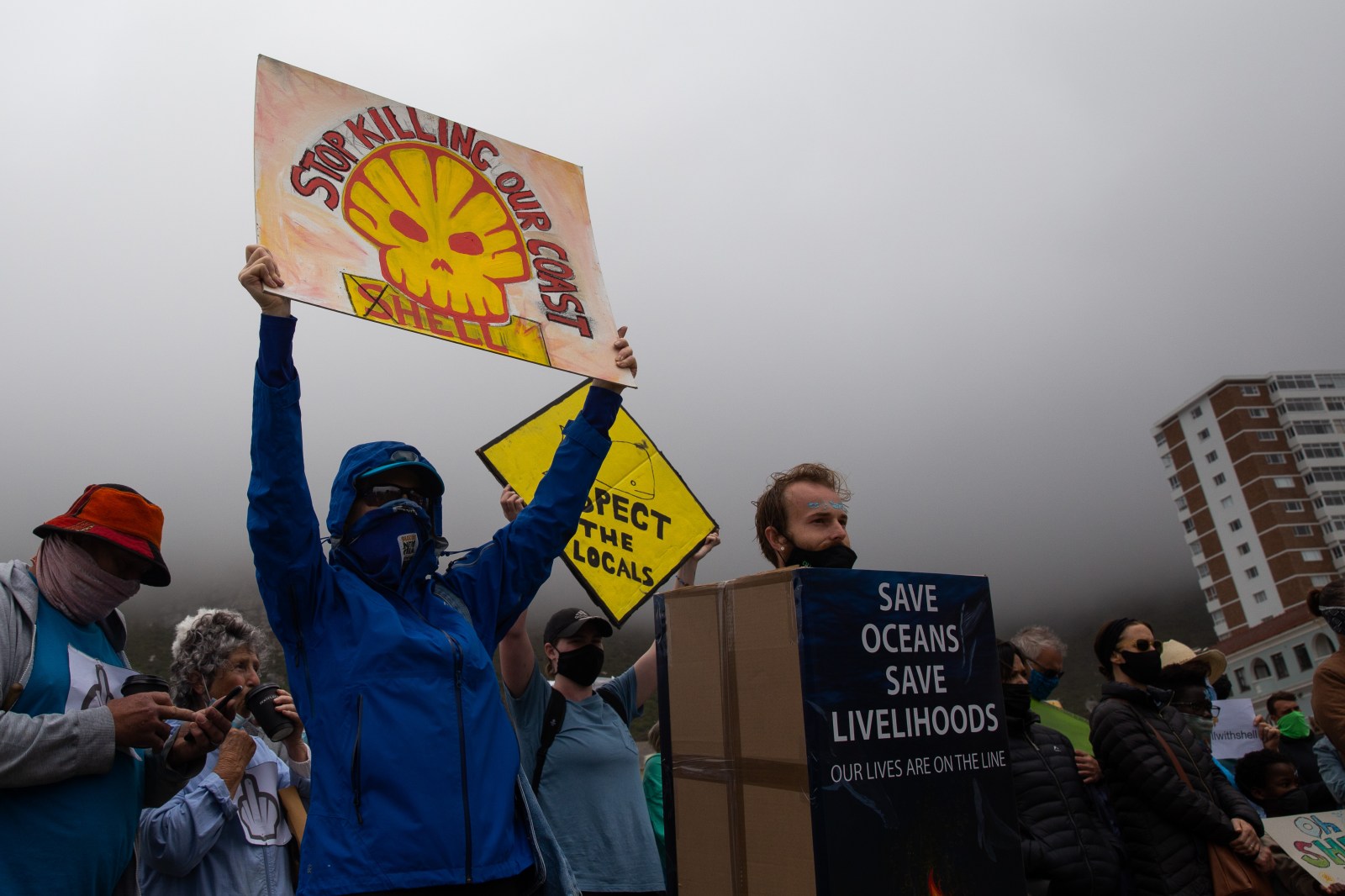 Environmentalists and community groups have assembled a core of oceanic specialists ahead of Friday’s hearing.

Environmentalists and community groups have assembled an army of international and local marine science experts in their legal battle to stop Shell’s five-month seismic survey — part of its oil and gas exploration campaign — off the Eastern Cape coast.

The urgent matter has been set down for hearing in the Makhanda high court on Friday 17 December.

Shell is opposing the application but has yet to file its papers, which is also likely to include reports and affidavits from experts.

Earlier this month, a similar application for an interdict was dismissed with costs.

Makhanda high court Acting Judge Avinash Govindjee ruled that submissions about the detrimental impact of the survey on the environment and marine life were “speculative at best” and the applicants had not proved a reasonable apprehension of irreparable harm.

In the coming court challenge, Reinford Sinegugu Zukulu, director of Sustaining the Wild Coast, and representatives of Wild Coast communities have asked the court to allow them to admit affidavits of several experts which, they say, prove that the air gun barrage, “which would be blasted into the sea every ten seconds for five months, louder than a jet plane taking off,” would “likely cause significant harm to marine animals”.

Most of the experts cited in the papers agree that Shell’s 2013 Environmental Management Programme (EMPr), which gave details of the seismic survey and proposed mitigating measures, was completely outdated.

US-based Dr Douglas Nowacek, an expert in behavioural and acoustic ecology with marine mammals, says in his affidavit that evidence gathered since 2013 shows that exposure to unwanted sound causes behavioural and physiological harm to marine mammals, including “chronic stress” particularly worrying for the endangered populations of whales off the Wild Coast.

“Noise will be felt by cetaceans (whales, dolphins and porpoises) over large areas of ocean. It can induce a physiological stress response, disrupt biological essential behaviour such as vocalising, foraging, and masking acoustic communication including communication between mothers and calves,” he said.

“While the EMPr found that impacts ranged from negligible to low, these findings are now contradicted by recent scientific literature on the impacts on species such as zooplankton, endangered African penguins and acoustically sensitive beaked whales.”

He said proposed mitigation measures would be ineffective.

Marine scientists Drs Jean Harris, Jennifer Olbers and Kendyl Wright, in their submission, concluded that there would most likely be significant direct harm to individual animals and endangered species.

Lynton Burger founded and was managing director until 2004 of Environmental Resource Management Southern Africa, the company that prepared the 2013 EMPr. He alleges that the people who prepared the report appeared to lack any professional marine science or marine environmental training.

“The 2013 report is out of date. It is not industry best practice for consultants to stand by such an old EMPr … the mitigation measures are inadequate because they focus on outdated potential impacts,” he said.

The public consultation with interested and affected parties, which was already limited because a full environmental impact assessment was not conducted, was also outdated, Burger said.

Burger says the mitigation measures proposed by Shell were inadequate because they were heavily reliant on supposedly independent onboard observers, “that is junior level observers,” whose ability to detect cetaceans would be severely limited to fleeting surface appearances. He says there are no plans for mitigation during the night.

Most importantly, he says, the full impact on plankton, the building blocks of ocean ecosystems, cannot be monitored or mitigated by onboard observers.

David Russell, a Namibia-based fisheries consultant, said he had followed Shell’s seismic surveys for many years.

He said during one seismic survey off the seas of Namibia, which began in 2012, there was a “sudden drop in catches” that had a devastating economic impact on the albacore tuna industry.

He said Shell should communicate with the small sea fishers whose livelihood could be significantly impacted if the fish left due to seismic survey noise.

The two legal bases of the application for the interdict are that there was a lack of meaningful consultation in the process, and that Shell had obtained its permit under the Mineral and Petroleum Resource Act and did not have environmental authorisation under the more stringent National Environment Management Act. DM