Blitzboks and Springboks finish a landmark year on a high note 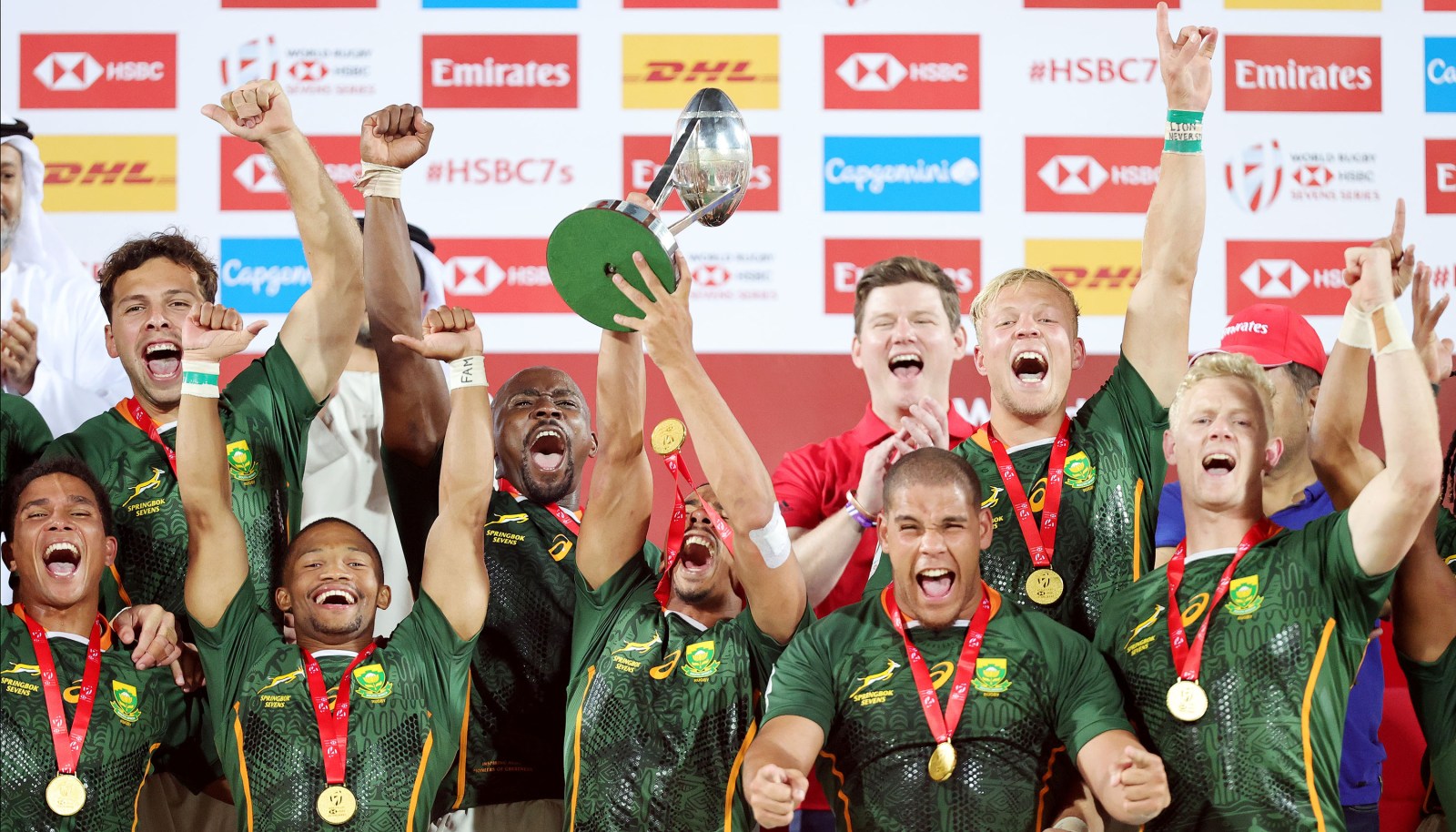 Despite a series of coronavirus cases that have sidelined coaches and athletes alike, despite the challenges of living and training in a bio-secure environment, and despite travel restrictions that have threatened to derail whole campaigns before they have even started, both the Springboks and the Blitzboks have finished the year at the top of the respective World Rugby rankings.

It’s been 12 years since South African rugby boasted such an impressive haul of silverware, as well as being the top-ranking teams in both codes. Back in 2009, the trophy cabinet housed the World Cup, the British & Irish Lions series trophy, the Tri-Nations title and the World Rugby Sevens Series trophy.

As 2021 draws to a close, the Boks can be proud of the fact that they’ve built on their success at the 2019 World Cup by winning the recent Lions series in SA. Similarly, the Blitzboks should be pleased with their title victory in the truncated 2021 World Rugby Sevens Series, as well as their success in the first two legs of the 2021/22 season.

Rolling with the punches

Again, it’s important to note that neither team has had everything their own way. The Boks finished the 2021 season with eight wins and five losses. The Blitzboks travelled to the Tokyo Olympic Games determined to win gold, but were knocked out of the competition at the quarterfinal stage.

Without making excuses for unfavourable results, the coaches and players have highlighted the challenges of living and training in unfavourable conditions. The pandemic has forced teams to adapt like never before, and while these SA teams have won more big games than they have lost, they have struggled to maintain their usual high standards.

For the Blitzboks, the work done in the lead-up to the Olympics is starting to pay off. Back in July, coach Neil Powell told DM168 that the players had embraced a warrior mentality, and that the collective was learning to hunt as a pack.

While the “wild dog” approach didn’t earn the Blitzboks the desired result in Tokyo, it has netted them back-to-back titles in the latest edition of the Sevens Series.

The Blitzboks have looked a different team in recent weeks. The innovation and finishing has been of a high standard. The biggest improvement, however, has been their defence.

The Blitzboks have been unrelentingly physical around the breakdown and have targeted kickoffs and aerial contests as an opportunity to generate pressure. They haven’t played such a balanced brand of rugby since winning their second straight series title in 2018. What’s more, they have succeeded despite setbacks that may have derailed a lesser team.

SA went into round two of the series with 11 fit players – instead of the usual 13 – in their squad. After Ryan Oosthuizen and Muller du Plessis sustained injuries in the series’ opening round, the team was unable to fly replacements to Dubai. The United Arab Emirates is one of several territories to impose a travel ban on movement from southern Africa after the Omicron Covid variant was identified in Botswana and SA.

As a result, Powell and assistant coach Renfred Dazel were forced to make up the numbers during training sessions.

“It was a week full of challenges,” Powell said. “The plan was to bring two players over as replacements, but unfortunately we couldn’t do that before the borders were closed for international flights. We as management had to jump in to make sure we had two squads of seven players to train with.”

The Blitzboks maintained that never-say-die attitude throughout the competition. Ultimately, they beat Australia in the final to win their fourth consecutive tournament, and stretch their winning streak to 24 games.

“It’s an unbelievable feeling and takes us back to all the hard work we put in at home to prepare us for these tournaments and this is a good reward before Christmas with these victories,” said captain Siviwe Soyizwapi.

“We looked back and said this is the reward of all those breakdown and wrestling sessions in the heat in Stellenbosch. Character is everything when you put on this jersey and that’s what we stand for as a team.”

There is room for improvement, when one considers the Boks’ record for the 2021 season and the fact that they surrendered the Rugby Championship title. The Blitzboks will also be looking to build in 2022 ahead of the Sevens World Cup.

Overall, South Africa’s teams will have plenty to prove. The franchises competing in the inaugural United Rugby Championship tournament have failed to impress as yet. It should be noted, however, that the exodus of players to northern hemisphere clubs has drained the local sides of significant resources in recent years.

And yet, somehow South African rugby finds itself in a place where the Boks and the Blitzboks are at the top of the respective rankings. Director of rugby Rassie Erasmus recently tweeted his congratulations, and put the situation into perspective.

“Yes we know it can change quickly!!! Well done to all players and management working at SA Rugby !!” Erasmus said.

Another tweet by Erasmus suggested that none of the teams will be resting on their laurels in 2022.

“7 World Cups 3 we did okay / last 3 BIL Series we did okay / Last 3 years our World Rugby Ranking okay! / we all know New Zealand is the pace and standard setter !! Thanks for all the support young and old over decades !! You are the reason we keep on doing our best !!!”

The Boks will have to wait until their next assignment – a three-Test series against Wales in July 2022 – to make a statement.

The Blitzboks will have an opportunity to strengthen their position at the top of the Sevens Series log when they travel to Málaga, Spain, for the next leg.

It’s encouraging to think that both teams have thrived in spite of the recent challenges. Both sides have the potential to improve across another important year for South African rugby. DM168