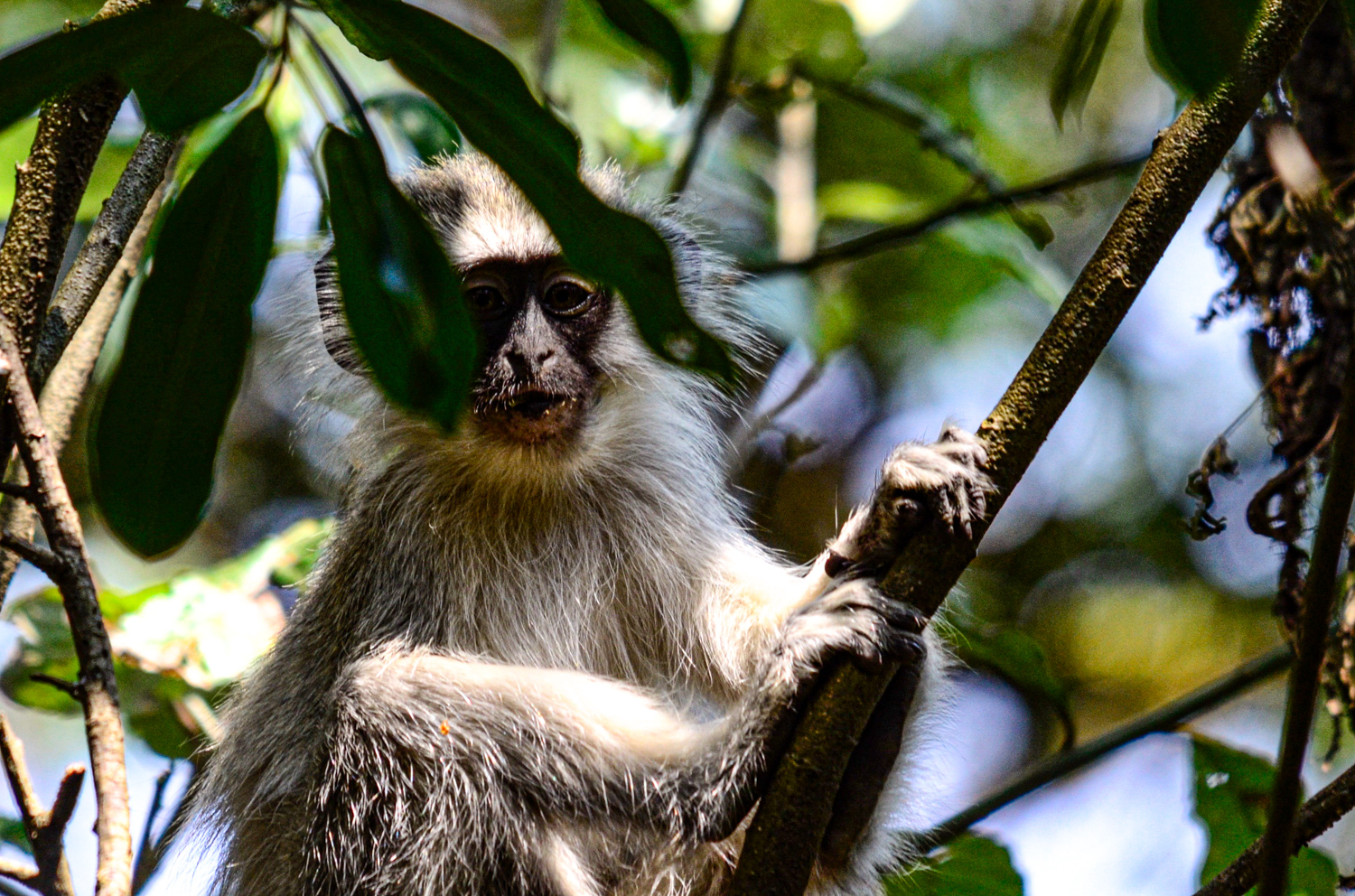 With so many worthwhile destinations around the world, and compelling locations like India, Thailand and Brazil among South Africa’s competitors in the global marketplace, the Limpopo province might not gather much travellers’ attention. Our northern-most province has much to offer, and a few Limpopo tourism product owners and marketing minds combined forces to show what can be done.

All photographs by Angus Begg.

Two women in traditional Tsonga dress are digging sand from the dry Letaba river bed, in South Africa’s Limpopo province, on the edge of the Greater Kruger National Park. Emelina Mathebula and Maria Mkhari are doing what their ancestors have done for centuries, searching for salt.

They dig out bucketloads of river sand, carry them to the riverbank on their heads, and sift them through a handmade filter system, constructed by themselves from gwarri branches and earth, then cook it over an open fire in large and rectangular zinc containers.

For R10 I buy a bag of pure, rocky-rough salt, no chemicals added.

A local guide explains that the colourful cloths I have long thought of as Shangaan — a successful 21st-century fashion statement in this part of the world — actually arrived with Indian traders after World War 2. She explains that the Tsonga are a sub-grouping of the Shangaan.

After a couple of privileged journalistic decades of photographing wildlife all over sub-Saharan Africa, tasting compelling new world wines, and interacting with colourful cultures — from Tanzania’s heroic chief Mukiwa to occupants of 19th-century German-influenced mission stations — this was one of the most authentic experiences I had had in recent years of travelling this country.

‘Authentic’ has been a buzzword in the tourism industry for at least the past decade, a reluctant neighbour to the cringing ‘curated’, curled up comfortably alongside it in travel brochures and menus around the English-speaking world. Undressed, both words speak to the contemporary traveller’s need for a real, designed and unpackaged experience.

With so many worthwhile destinations around the world, and compelling locations like India, Thailand and Brazil among South Africa’s competitors in the marketplace, experiences like that with Emelina and Maria in Limpopo province are what is needed for one country to win over travellers’ attention. Happily, the province has much more to offer, and a few Limpopo tourism product owners and marketing minds combined forces to show off an example of what can be done.

I hadn’t driven the backroads of far northern Limpopo for well over a decade before I bought that salt, and my discovery was a happy one. So much so that I thought in my ‘other life’ as a private guide to curious and interested travellers, I would like to share this world of new experience.

While it informs and entertains the traveller, it also provides the crucial fillip of sustaining those who provide these authentic experiences, the Emelinas and Marias of South Africa. Sadly, the large tour operators who bring large busloads into the country, have for decades focused on safe and well-worn products like the Garden Route and Kruger Park.

Yet, from Bryanston or Berlin, I believe — I know, from two decades of rubbing shoulders with travellers on safari around the continent — that there would be interest in such experiences.

We would start in the forests of the Magoebaskloof mountains.

Bird watching and zip-lining at Magoebaskloof

Kurisa Moya is an old farmhouse (paraffin lamps, Aga stove and great rusks) at the top of a hill, surrounded by the Woodbush Forest Reserve — the second largest indigenous forest in South Africa. Owner Lisa Martus is part of the Limpopo accommodation industry firmament.

Through Lisa, I met David Letsoalo, regarded as the country’s top birding guide. With the prolific forest and Lowveld birds on offer, David would take us for a walk after breakfast.

If not available, there are a handful of good guides ready to step into Letsoalo’s substantially experienced shoes. Serious birders incidentally regard the 14km forest drive here as the best forest birding area in Limpopo, if not the country.

The edge of this massive tract of forest offers zip-lining at Magoebaskloof Canopy Tours, just off the Georges valley road. The beauty of all such canopy tours, apart from the fun and initial adrenaline-rush, are the skills and confidence that often previously unemployed staff are endowed with.

This particular zip line, zig-zagging its way back and forth across the subtropical, vegetated gorge, is great for all ages and confidence levels (unlike the more daunting Karkloof in KZN, or the Kogelberg).

The Wegraakbosch Organic Dairy is around another forested corner and it is a treat. As we head down the driveway, it’s clear that the word ‘authentic’ applies, as much etched into the old barn as it is into owner Nipper Thompson’s countenance.

A bundle of energy and experience, the barefoot Nipper’s shorts bear the scars of a (largely successful) war against invasive aliens in his garden, across the dirt track from the barn. Under a pergola adjoining the barn, his Swiss wife Sylvia or his booted-daughter Michele serve a modest yet tasty lunch prepared from the farm, cheese from the Swiss cows, chorizo salami from the pigs, and salad.

A two-hour drive down into the Lowveld is Twananani Textiles, in Mbokota village, one of many sprawling peri-urban settlements that line the road from Thohoyandou to Giyani and the Kruger Park. Here residents dress in traditional clothing as part of daily life, not for display.

Florence Ngobeni runs the show in this delightfully cooperative venture. When he and her cooperative colleagues are not sketching, cutting and decorating cushions and fabrics to order, locally and overseas, they are taking tourists through the process of creating their own batik-style cloths.

After braaied chicken for lunch at a popular spot on the road, it’s not too far to Emelina, Maria and the salt.

The night is spent at Nahakwe Lodge, community-owned and run by another long-established tourism face, Tinyiko Betty Hlungwani, who used to run Shiluvari Lakeside Lodge, near Elim mission station, for the Girardin family, of Swiss missionary stock.

Nahakwe is a stopover on the road from A to B. A smart lodge, it offers no wildlife, but cultural experiences are a phone call away for Betty. Like drumming with a handful of local young male musicians after sundowners on the deck and dinner in the boma.

After passing Giyani the next day, a 30-minute dirt-road journey through mopane woodland takes us past Baleni community lodge to the Letaba River and the salt-harvesting experience, a strong part of the local micro-economy.

The last night is saved large for Mtomeni Safari Camp, on the Klein Letaba River, in the Letaba Ranch section of the Greater Kruger Park. As in any luxury lodge, each tent houses double beds, a toilet and shower and even a coffee table and hair dryer. But what separates Mtomeni is that it is community-owned and run.

I remember a bush walk with a guide in the morning, standout leadwood trees, and juvenile elephants trumpeting in the dark, from behind the bushes in the dry riverbed below. I recall being fed by Susan Mhangwana, who drives her ingredients in from Lulekani — back towards Phalaborwa — to cook dinner and breakfast when guests are in camp.

Smiles, hope, tradition, perseverance and wildlife. You have to love Limpopo. DM/ ML

Full disclosure: The trip to Limpopo was paid for by African Ivory Route and Love Limpopo. Angus Begg is a private guide and CNN award-winning TV producer and regular contributor to Daily Maverick.