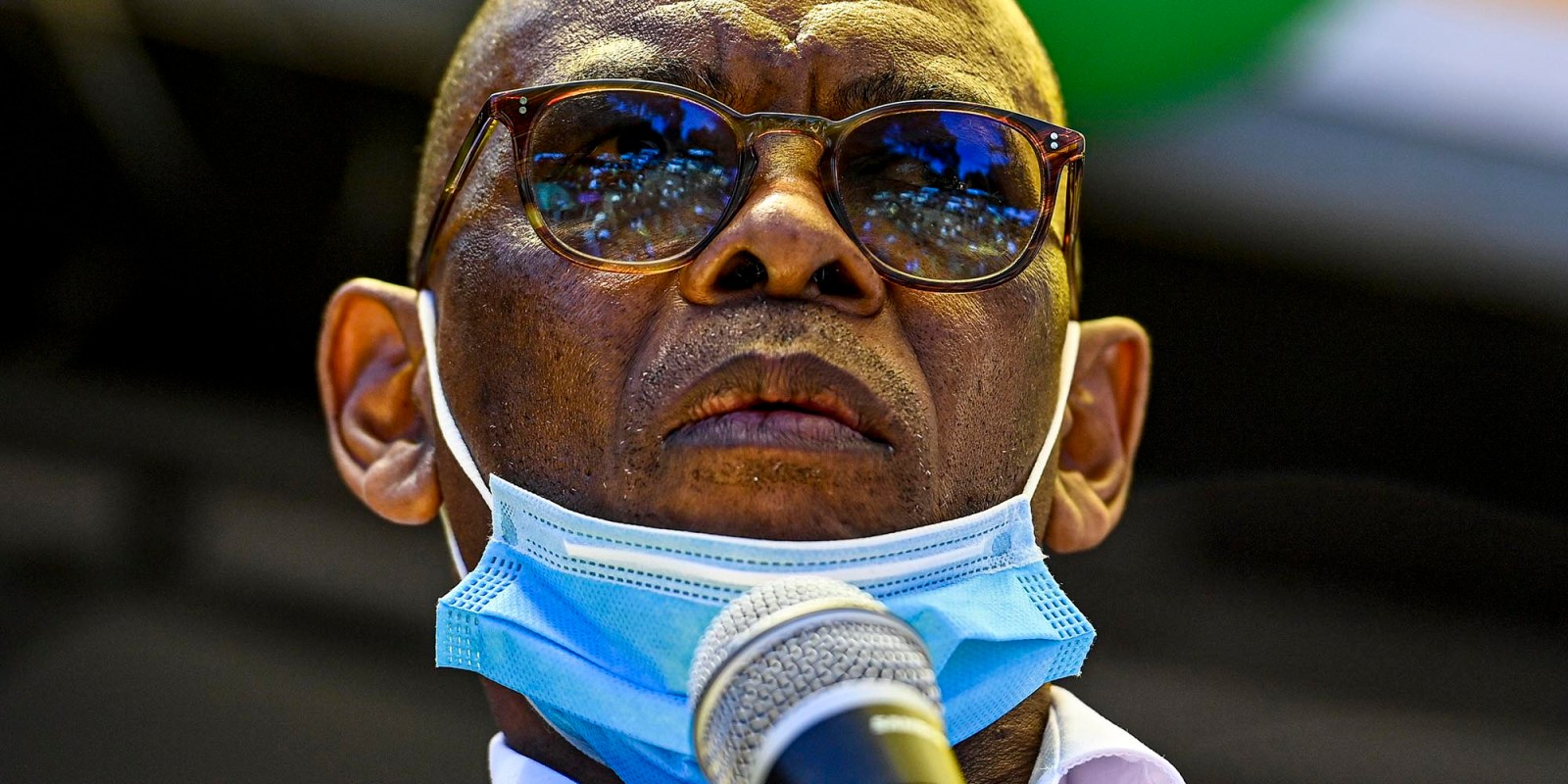 Prosecutors have dismissed Ace Magashule’s claim that they have no case against him in the Free State asbestos scandal, saying he instructed, or knew of his personal assistant’s requests for payments from his co-accused.

The National Prosecuting Authority (NPA) has accused suspended ANC Secretary-General Ace Magashule of trying to delay his criminal trial in the R255-million Free State asbestos scandal, calling arguments in his application for seven declaratory orders from the court “vague” and “woefully inadequate”.

Magashule has been charged with fraud, corruption and money laundering regarding the 2014 contract the Free State Department of Human Settlements awarded to the Blackhead Consulting joint venture (JV) to audit and remove asbestos from homes.

Blackhead subcontracted the work multiple times, and of the R230-million paid only R21-million ended up with the company performing the work, and as a result many Free State residents still live in homes with asbestos.

While the case against the former premier and his 15 co-accused has been postponed multiple times, Magashule has applied to the Bloemfontein High Court to declare that he was not an executive authority with regards to the contract, to force the State to disclose a list of witnesses that implicate him, and to declare that there is no prima facie case against him that could result in a successful prosecution.

In an affidavit, Navilla Somaru, the acting Free State Director of Public Prosecutions (DPP), said: “This course of conduct is designed with the intent to delay the criminal trial, and avoid Magashule having to plead to the numerous charges he is indicted for.

She said the Constitution makes it clear that Magashule, as premier at the time, was an executive authority.

In his application, Magashule said there was no evidence in the docket of a legitimate case against him, leading to the conclusion that the trial was a politically motivated “fishing expedition” aimed at discrediting him and sidelining him from the ANC.

Somaru said, “The facts in the State’s possession disclose that there is a prima facie case for prosecution and that there are reasonable prospects of such prosecution against Magashule emanating from these payments, and his request therefore and/or knowledge thereof.”

She outlined the list of payments that murdered businessman Ignatius Mpambani’s company Diamond Hill, which was part of the Blackhead group, made at the request of Magashule’s personal assistant Moroadi Cholota.

She said Mpambani had paid R470,000 for tablets from a company called M-TAG Systems, another R300,000 for tablets for Cuban students, R250,000 for a delegation to visit Cuba and R50,000 for school fees for Gupta associate Refiloe Mokoena’s daughter.

“It is worth noting that each payment as aforementioned followed shortly after the Blackhead Consulting JV received a payment from the Free State Department of Human Settlements purportedly due in connection with the asbestos contract,” said Somaru.

“In all circumstances, since the payments were made at the instruction of Magashule, or at least were requested in his knowledge, there is a case for him to meet.”

When Magashule was charged in November 2020, the NPA said Cholota would appear as a State witness. Somaru quoted an email Cholota sent to prosecutors that said she would give “100% cooperation” in the case and said she was cooperative until she met the NPA in the US, where she’s understood to be studying, in November.

Cholota has since decided not to testify as a State witness and Magashule wants a declaratory order stating such.

“Until the State’s last interview with her in the United States, during November 2021 the State was of the view that Cholota was a State witness, which was in keeping with the impression she created,” said Somaru.

“She was never forced or compelled to do so, and always met with the State without formal objection. It was only pursuant to that meeting that Cholota withdrew her cooperation. The State has now determined to charge Ms Cholota as a co-accused in this matter.”

While Magashule suggested Cholota was intimidated by prosecutors, Somaru said Magashule could not have known her position as he was prohibited from contacting the witness and he had not provided an affidavit from his former personal assistant. The DPP called the claim “woefully inadequate and devoid of any substance or admissible evidence”.

Somaru slammed the former premier’s claim that the case was politically motivated, calling it “entirely vague, respectfully romancing, and fanciful”.

While admitting that investigators called Magashule “Mr Ten Percent”, which he claimed proved bias, Somaru said that: “Magashule does not point to any politician who would have any vendetta against him and also having influence within the NPA, nor does he allege why this would be the case.”

Somaru said that even if Magashule were able to prove that bias influenced the decision to prosecute him, the facts remained and he must argue his case in his criminal trial.

“The requests made and payments received pursuant thereto bear the hallmarks of corruption and satisfy the requirements of sections 3 and 4 of [the Prevention and Combating of Corrupt Activities Act], which are some of the charges pursued against Magashule,” said Somaru.

“Cholota and Magashule must both answer as to why payments were sought from Mpambani, and especially at or surrounding the times payments were made to the Blackhead/Diamond Hill JV by the Free State Department of Human Settlements.” DM