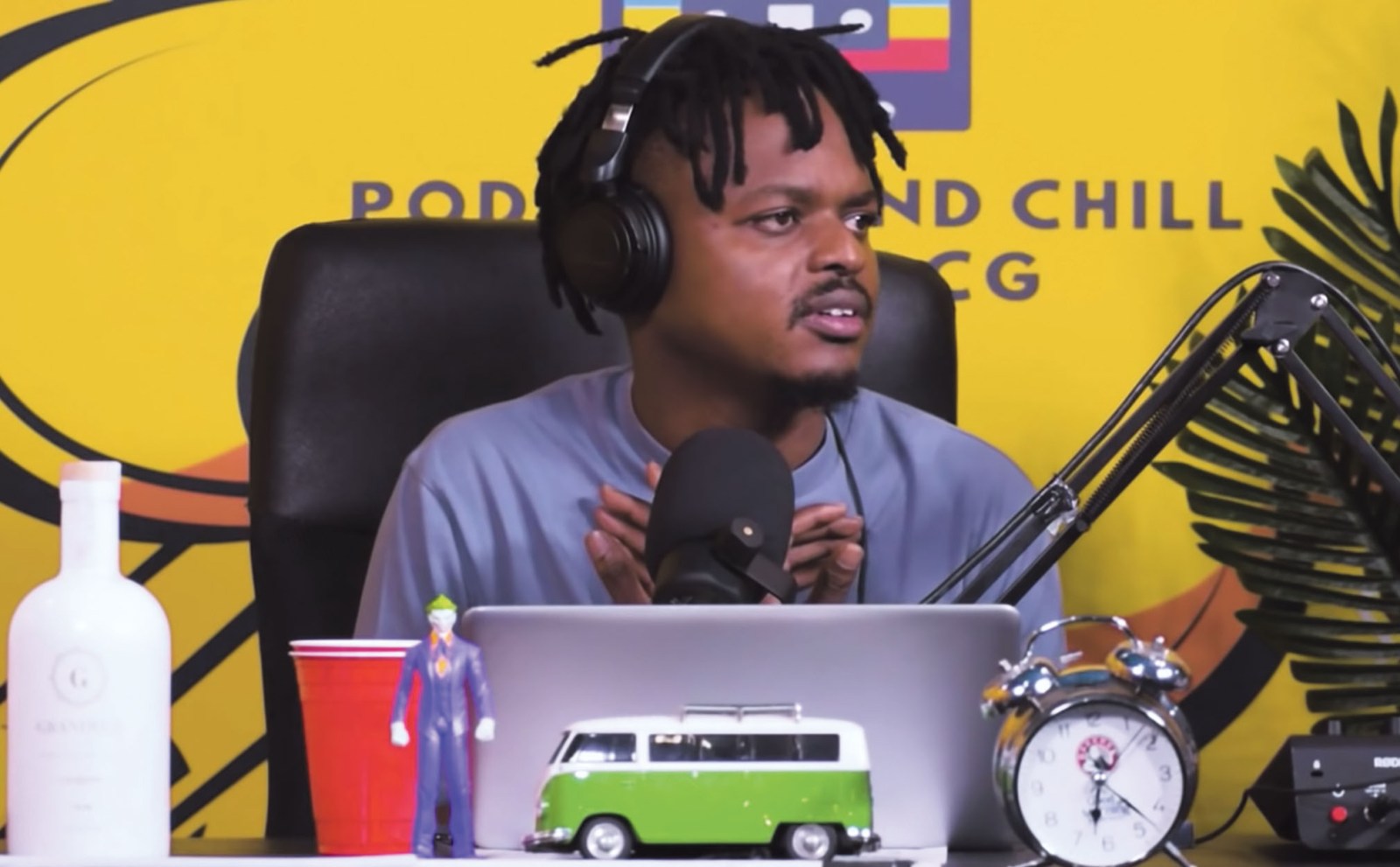 The recent allegation of rape made against rapper and entertainment personality Molemo “Jub Jub” Maarohanye by actress Amanda du-Pont in the wake of his now infamous appearance on Podcast and Chill with MacG has dredged up a number of issues known to the broader South African society. More than that, it may be an indictment of the industry from which Jub Jub and similarly accused male celebrities hail.

“These men protect each other,” explains Nampree (a woman who prefers to be identified by her Twitter handle so as to “still be a person outside of everything”). In January, Nampree alleged on Twitter that DJ Fresh and Euphonik, whose real names are Thato Sikwane and Themba Nkosi, respectively, had drugged and raped her in 2011.

Gender-based violence (GBV) is, unfortunately, all too familiar to South Africa. For Luke Waltham, an anti-GBV activist and human trafficking caseworker, the music and entertainment industry is reflective of that national tradition. “I believe the entertainment industry, like any industry or institution, can represent a microcosm of our society overall,” he says.

So, what are the cultural and behavioural trends that may be concentrated in the context of the industry?

A lack of understanding or respect for consent is one element, which can stem from the sense of entitlement that power and fame may foster. Cylia Zengele, a gender activist for Ho Lekane Ka GBV, a movement against GBV, confirms this. In reference to Jub Jub’s speech and demeanour on MacG’s podcast while speaking about “smashing” Du Pont, she explains “these clearly showed toxic masculinity and that, to him, having sex with them was some punishment, and it gave him the upper hand”.

Another element of the social culture that has reared its head in this industry is the manner in which women are spoken about, and often subsequently dehumanised. Zengele points to the “locker room” vernacular present in MacG’s podcast as evidence of that seemingly normalised and sexist mode of thinking.

“I think there are particular elements of the entertainment industry that give particular challenges that you might not find outside of that industry,” says Lisa Vetten, a research associate of the Southern Centre for Inequality Studies at the University of the Witwatersrand.

Alanna Joy Wells, lead singer of the local band Lost/Youth, has been in the music industry since 2016. She describes having been “very lucky” not to have experienced sexual assault in the industry, but lists countless examples of sexual harassment at the hands of fans, venue owners and managers.

Particularly in the case of managers and venue owners, who are often men with power over a musician’s bookings and therefore income, Wells highlights the difficult position into which these power dynamics can force women and queer musicians. While musicians can boycott certain venues and raise awareness of potentially dangerous individuals in the industry, she also acknowledges, with a sense of defeat, that she needs “to put food on the table”.

A systemic element of this problem lies in the regulation of these industries. For Wells, the unregulated nature of her industry leaves much to be desired by way of protection and accountability. For Nampree, the fact that men such as her alleged rapists can consume alcohol and abuse substances while on the job is evidence of this lack of regulation. “It’s not a strict industry,” she says.

Vetten suggests that, despite deficiencies in framing sexual assault with the severity it warrants, accusations can still come with a high degree of reputational harm to the accused. “There’s an incentive, more than ever, to hit back hard,” she says.

The bigger issue, she explains, is the lack of legal clarity regarding the weaponisation of accusations for claims of defamation on the part of the accused. In many ways, Du-Pont’s case currently articulates this conundrum, with MacG labelling her accusations as defamatory. “It can be used as a tool to intimidate and silence,” says Vetten.

The nature of celebrity

Part of what the celebrity status of those accused might do, in the event that an accusation goes public, is that it heightens the potential for silencing those speaking out. From the fans of the accused to the justice system, “celebrity” may be an impediment to swift and legitimate legal processes.

“The problem with the entertainment industry is that often certain abusers and perpetrators may be extremely popular and influential in the spaces they’re in,” observes Waltham. “In this case, survivors of GBV may feel discouraged in fear of mass public scrutiny, potential backlash within the industry, and expensive lawsuits that may result in silencing them.”

Such was the case for Nampree, who describes being harassed and bullied by fans of the DJs, particularly after her phone number was leaked in a since-deleted WhatsApp screenshot posted by Euphonik. “Those fans don’t see those people as human beings; they’re heroes.”

The effects of this fandom even permeated her experience when seeking justice through the police. She recalls the persistence of the charge officer who took her initial statement in reiterating the consequences of lying about the alleged rape. She describes this as an “intimidation tactic” to wear her down.

One might expect that the high-profile nature of these cases would heighten their likelihood of making it to court and getting prosecuted, should the allegations be proven true, but this is not the case, according to Bronwyn Pithey, an advocate at the Women’s Legal Centre.

“I think it’s important to realise that just because something is high profile, it’s going to go through a similar decision-making process that happens in any other case,” explains Pithey.

“The vast, vast, vast majority of cases that are reported are never prosecuted.”

From the perspective of a woman like Wells, who is involved on the ground in the industry, the experience is similarly defeating. “You kind of just become desensitised to all of it, which is really bad, especially as an artist, I guess.”

To this day, Nampree still receives messages from girls with similar stories involving high-profile men in the industry. But they are too afraid to speak out.

“They’ve seen what media and my perpetrators have done to me publicly,” she says. “They were sending a message to all the other girls who are victims of the same crime.”

Vetten finds a silver lining to the politics of celebrity at play, specifically in cases where the person making the accusation is a celebrity as well. “If they speak, it enables others to speak,” she says, invoking the spirit of the #MeToo movement.

Nampree echoes this sentiment: “With all of us speaking up, we are really disrupting their comfort.” DM168