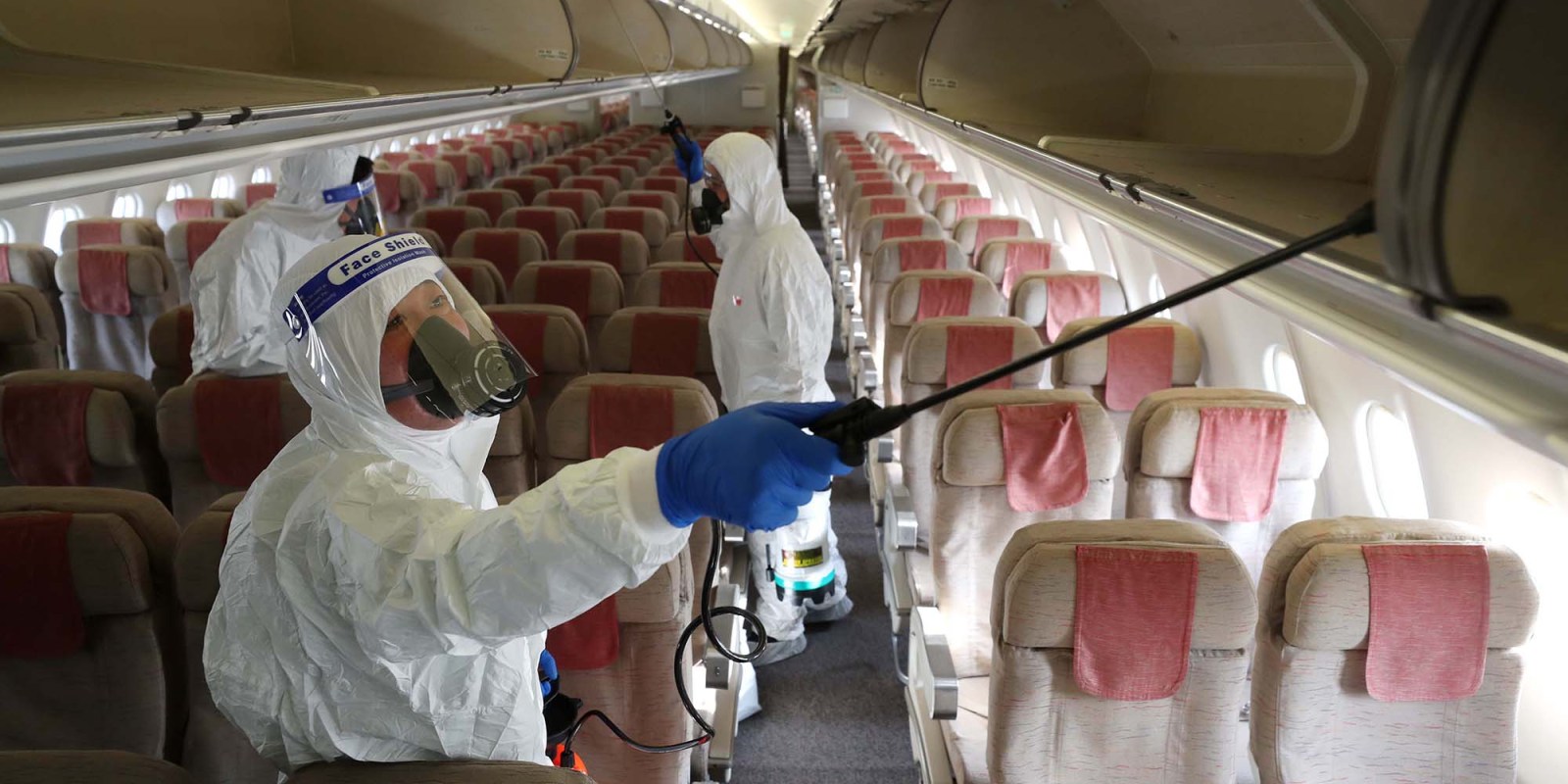 The US Centers for Disease Control and Prevention recommended Pfizer’s Covid-19 booster for 16- and 17-year-olds. New York Mayor Bill de Blasio warned that hospitals in the most populous US city could follow those upstate that are getting overwhelmed.

New Hampshire is conducting a groundbreaking national experiment in offering free home delivery of rapid Covid tests to all residents. The World Health Organization said it’s best to give people two doses of the same Covid-19 vaccine, but added that mixing and matching is a good solution for countries facing supply constraints.

A study showed the Omicron variant is 4.2 times more transmissible than the Delta variant in its early stages, based on data from South Africa’s Gauteng province. The World Economic Forum scheduled for January in Davos is set to go ahead, even as Switzerland and other parts of Europe grapple with a fresh wave of coronavirus infections. 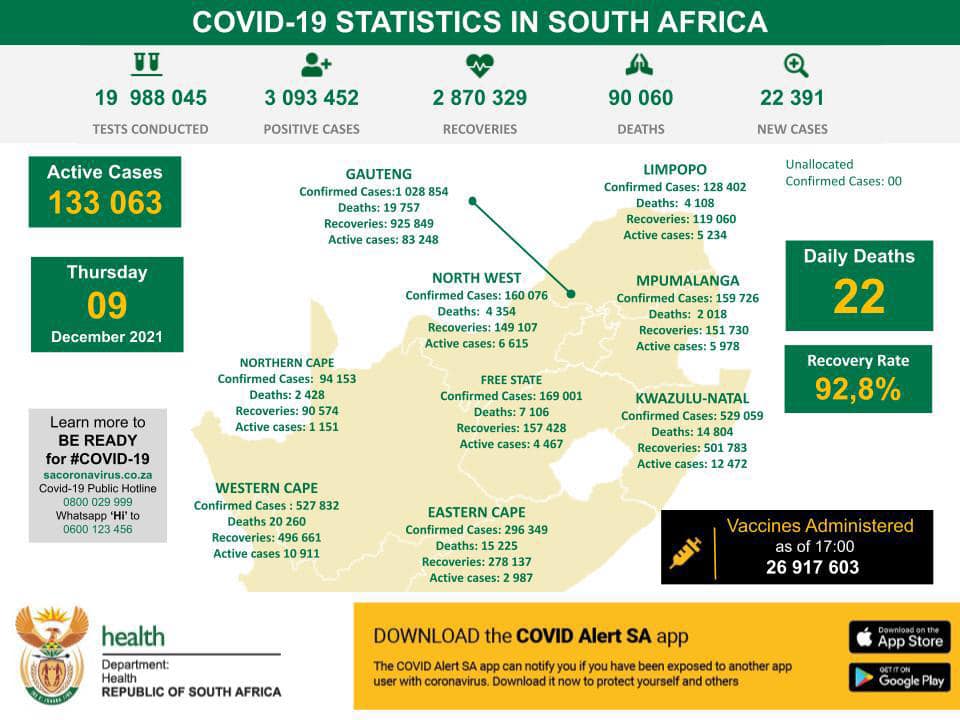 The US Centers for Disease Control and Prevention (CDC) recommended that adolescents aged 16 to 17 get boosters of the Pfizer-BioNTech vaccine.

“Although we don’t have all the answers on the Omicron variant, initial data suggests that Covid-19 boosters help broaden and strengthen the protection against Omicron and other variants,” said CDC Director Rochelle Walensky.

The Food and Drug Administration expanded the emergency-use authorisation for the vaccine earlier on Thursday to 16- and 17-year-olds, once six months have elapsed after their second Pfizer-BioNTech dose. Vaccines made by Moderna and Johnson & Johnson are only approved for ages 18 and older.

US hospital admissions rise after Thanksgiving

Two weeks after US residents gathered for the Thanksgiving holiday, Covid-19 hospital admissions are rising in many parts of the eastern US, including New Jersey and Connecticut.

In 12 states and the nation’s capital, the seven-day average of admissions with confirmed Covid-19 has climbed at least 50% from two weeks earlier, according to US Department of Health and Human Services data. Connecticut, New Jersey, Washington, Vermont and Rhode Island reported the biggest percentage increases.

London could be about to become a ghost town again after firms started telling thousands of staff to work from home in response to the latest UK government guidance.

Deutsche Bank is significantly reducing the number of staff working in the office from Monday, according to a person familiar with the matter. The arrangements will be similar to earlier in the pandemic when most staff worked from home, with exceptions for trading teams or those with personal circumstances that require attendance in the office.

Amtrak expects it won’t have enough employees to operate all its trains next month when it plans to enforce Covid-19 vaccine requirements.

As Amtrak prepares to comply with the federal vaccine mandate, it will probably need to temporarily reduce frequency, particularly on its long-distance services, Stephen J Gardner, president of Amtrak, said in written testimony for a House Transportation and Infrastructure Committee hearing. About 94% of the rail company’s workers have been fully vaccinated as of this week.

Union Pacific suspended an employee vaccine mandate after a federal judge in Georgia on December 7 halted the Biden administration’s order requiring workers at federal contractors to get inoculated. The railroad is still encouraging its employees to get vaccinated and 73% have done so, it said by email.

South African scientists discovered a highly mutated coronavirus variant, now named Omicron, on November 25 that is the dominant strain in a surge of infections that has led South Africa’s government to consider mandatory vaccinations.

New York City Mayor Bill de Blasio urged New Yorkers not to let city hospitals get overwhelmed, as some have upstate. The mayor this week announced a vaccine mandate for private sector workers. A judge next week will hear arguments over whether to halt his mandate for municipal workers.

In an interview on Hot 97 on Thursday, De Blasio pointed to hospitals in areas such as Buffalo that are near capacity. Governor Kathy Hochul has ordered 32 hospitals – including three in Buffalo – to halt elective surgeries to deal with the Covid patient surges.

“The urgency I’m feeling is we can move now before we end up in that situation,” he said. “Biggest city in America, densely populated, we cannot let that happen here.”

Germany’s vaccine authority advised Covid-19 vaccinations for children aged five to 11 who have a pre-existing condition or are in regular contact with people who are at a higher risk. Children in the age group who aren’t at heightened risk can get shots if the parents want them to.

World Economic Forum to go ahead

The World Economic Forum (WEF) scheduled for next month in Davos is set to go ahead, even as European countries grapple with a fresh wave of coronavirus infections.

The event “will provide a key platform for global health leaders to meet with government and business at the highest level to move forward,” a WEF spokesperson said in an emailed statement. “Switzerland is open to international travel and events, conducted under sensible and strict public health measures.” DM