On the street in Cape Town: The SA Constitution remains...

On the street in Cape Town: The uneven playing field continues to be sown a quarter-century after our democratic constitution 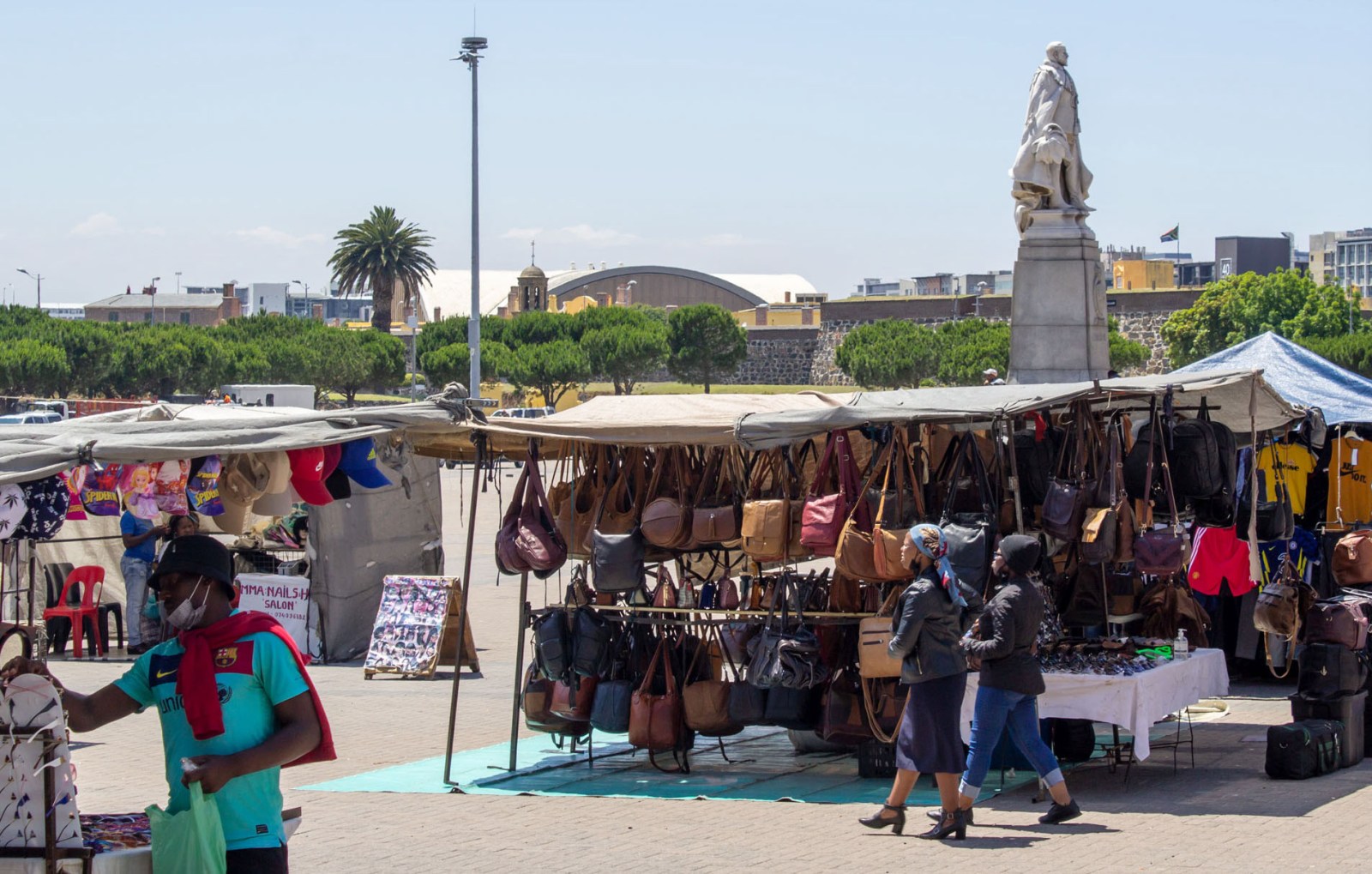 On this day, 25 years ago, the late President Nelson Mandela signed in the Constitution of the ‘new’ South Africa, ratifying the access to social, economic and political equality and freedom as a right for all. With the stroke of a pen, South Africa became home to one of the most progressive laws of the land in the democratic history of the world. But, putting pen to paper is not the same thing as putting words into action.

Daily Maverick spent this auspicious day catching up with locals around the Cape Town CBD, to find out if this quarter-century-old legislation has meaningfully touched their lives.

For everyday South Africans on the ground, the realisation of our progressive constitution has yielded mixed results. The promises enshrined in it are already well-established by the end of its preamble, which defines equality, social justice, universally improved qualities of life and democratic freedoms as some of its tenets. Further down the line, the Constitution highlights the need to eradicate the unfair discrimination of various citizens and to ensure equality of access to basic needs and services.

For Kashiefa Achmat, a local who works in the IT division of Woolworths in the heart of Cape Town, poverty has seemingly worsened in the country despite our constitution’s mandate to combat it.

Achmat says that she has not been in central Cape Town for her work for the last two years due to the Covid-19 pandemic and subsequent lockdowns. What she has seen since re-entering her workspace in person has surprised her.

She cites the area around the Castle of Good Hope, where many members of the unhoused community have settled, as evidence of this rise in poverty.

For Achmat, creating more open dialogues with communities on the ground would be a start to solving some of these issues. For her, this begins with the heightened visibility, accessibility and involvement of local politicians, such as ward councillors, in the lives of their electorates. Living without this has created a sentiment of “where were you when I needed you”, she says.

Despite this, the heightened social inclusivity fostered by the Constitution has been positive for her.

“It’s a lot more inclusive of people like me, who wear a scarf,” explains Achmat. “I feel like our constitution is a lot more open to hearing from especially my community.”

The constitution does not ensure the adequate provision of all basic services, according to Sophia Kambowo, a Master’s student in forensic science at the University of Cape Town.

“We’re currently dealing with load shedding right now, so that’s not a service that we are properly receiving,” says Kambowo. She adds that she does not feel that “the constitution has lived up to what it’s supposed to be doing” in terms of electricity.

Moreover, some areas of SA have water problems, observes Kambowo. “If you live in a privileged environment you will get access to everything that you need,” she says, going on to highlight that, conversely, many villages and informal settlements do not have access to basic needs and services, like electricity and clean water.

Kambowo says that going forward, the government needs to focus on actively uncovering which areas are in most need of basic services, and deliver to the communities in those areas, because “there are other areas in South Africa that don’t have what this place [Cape Town] has”.

“Yes, it touched my life,” says Sally van Wyk, a retired resident of Manenberg in Cape Town, of the country’s constitution. However, Van Wyk does not say this optimistically. She mentions that Constitutional promises feel unfulfilled and that she has “struggled too much”. Van Wyk would like to see the government repairing housing and utilities in certain communities, for a start.

‘Sometimes it has touched us, sometimes not’ — Princess Malahla

Princess Malahla, a staff member at Pilcrow and Cleaver restaurant, says that while the constitution has sometimes touched her life, it has failed to assure her access to water and electricity.

“There is this load shedding. So […] let’s say we have the things now in the fridge — they go off,” said Malahla. “And sometimes we are starving, we don’t even have time for food…and then the electricity is gone.”

“[The government] could give us generators, for electricity, and water. Maybe something [could] change,” she says.

Nokuthula Mpahleni, one of Malahla’s colleagues, said that she would like to see the government doing more to support people in need. The coworkers were in agreement that until this happens, South African society will not be equal.

For Morné Fortuin, an unhoused local who does odd jobs for stalls in the Green Market Square, life without basic services and support structures has been difficult. “I grew up on the street. My mother and father are dead, […] I’m the only one left. I don’t have a house.”

Fortuin, who explains that he has been living on the street since he was seven years old, says having to make do under the circumstances of his financial destitution has been a necessary way to live.

For Aubrey Douries, another unhoused resident of central Cape Town, the Constitution has felt intangible in his life. “It’s never touched me, it’s just making me worse,” says Douries. “The time Mandela took the chair, he obviously made it worse; he never made it easy.”

Douries feels that the government needs to funnel money towards aiding the poor, a demographic where drugs are a problem, he says. “Government must stop eating the money.”

In Fortuin’s case, he simply hopes to get better employment, housing and maybe a family, through the support of the government and our constitution.

‘The constitution has been good for the country’ — Angelina Franken

For Angelina Franken, a senior buyer for Truworths, areas such as child rights, labour law rights and the general rights of everyday citizens, have seen a marked improvement thanks to our constitution.

Where she sees room for improvement, however, is in the protection of the queer community and women, particularly on the front of gender-based violence.

For Franken, the discrimination faced by the queer community in multiple areas of their lives, both professionally and personally, leaves much to be desired in terms of realising the values of our constitution. “Definitely that is a massive area for improvement,” she says.

One solution to this, she suggests, would be to introduce quota systems for queer individuals in the workplace, thus heightening their presence and empowerment in these sectors. “I think it needs to be mandatory,” argues Franken.

‘The change would have to start at grassroots level’ — Riedwaan Isaacs

Despite acknowledging that the Constitution has brought about positive change, specifically in terms of the nation’s social outlook and the culture of our institutions, attorney Riedwaan Isaacs sees a long road ahead for improving these constitutional commitments.

He argues that there is a disconnect between certain provisions of our constitution and their enactment, such as gender rights and “people who’ve been marginalised and who were prejudiced against for many years, such as gay and lesbian people”.

He adds that housing is a particular area of concern in our young democracy. “I do feel that they can put better processes in place to start realising those rights much quicker for the masses of homeless people.”

For Isaacs, the way forward begins with South African children on the ground, and raising them with different mindsets that they can actualise as adults in society.

“The change would have to start at grassroots level,” he says. “We should teach the youth of today things that we’ve learnt at a very late stage in our lives.” DM