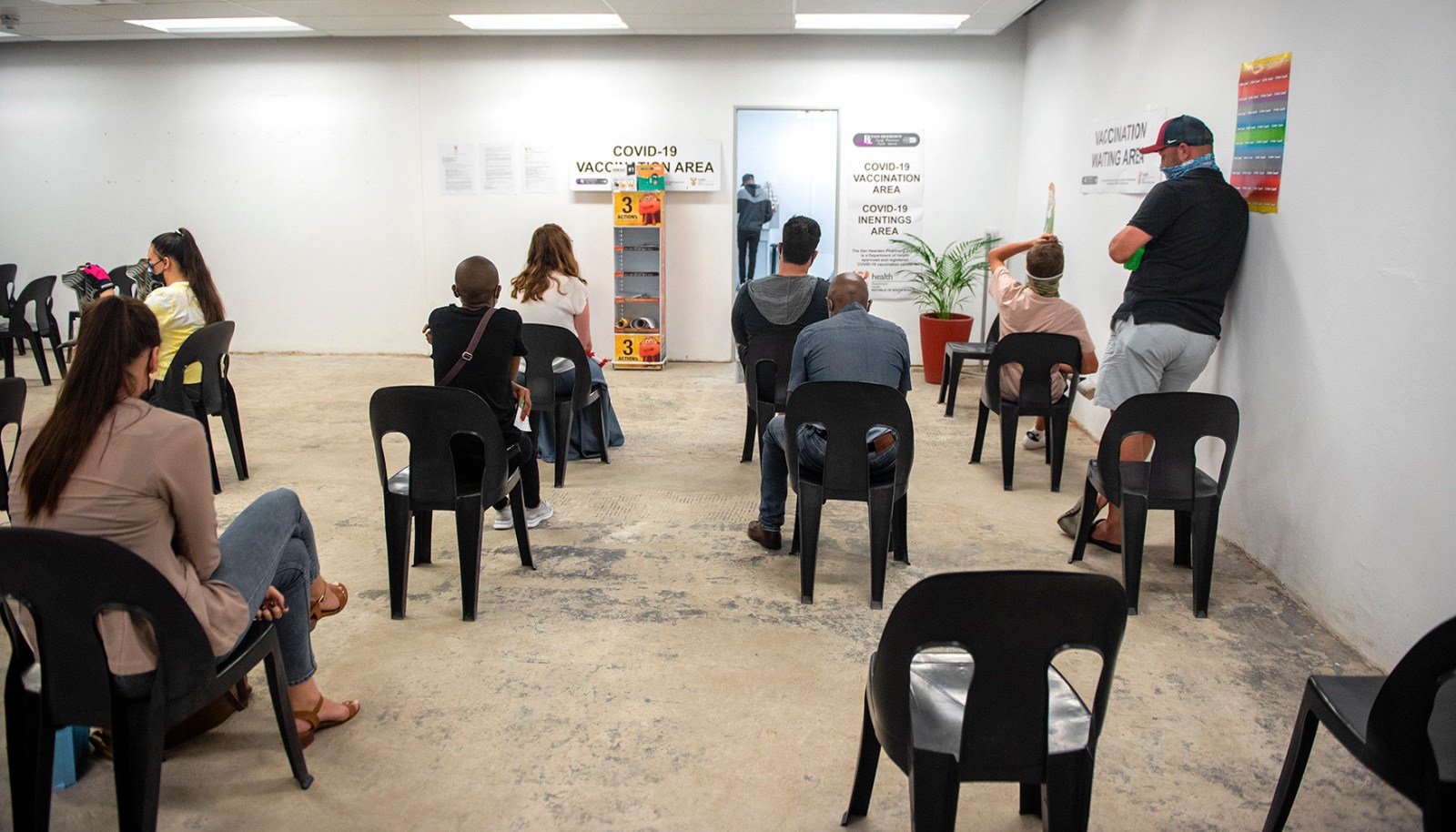 The National Coronavirus Command Council is scheduled to meet early next week to decide whether South Africa needs further restrictions as coronavirus infections continued rising this week at an unprecedented rate, especially in Gauteng. Scientists, however, added on Friday that they were not seeing any signs that Omicron will cause more severe disease than Delta.

Minister of Health, Dr Joe Phaahla, said on Friday morning that the National Coronavirus Command Council will meet on Tuesday or Wednesday to decide whether South Africa needs further restrictions to deal with the current outbreak of coronavirus infections driven by the new variant, Omicron.

Phaahla said he is not able to pronounce on any possible restrictions that might be implemented.

Dr Michelle Groome from the National Institute for Communicable Diseases said the current reproductive rate for the virus in Gauteng is three, meaning one infected person is transmitting it to three others. For the country overall the rate is 2.5.

“It is higher than at any highest point during the pandemic,” she said.

She added that South Africa has passed the three-million mark in cumulative confirmed coronavirus infections this week.

Phaahla said that since last week there has been a 400% increase in cases in Gauteng.

An alarming early trend that more children were admitted to hospital with Covid-19 symptoms was reversing. Admissions had come down from 21% to 14% to 8% in the past three weeks.

“It seems likely that Omicron is more transmissible compared to other variants,” Phaahla said, adding that the variant is now found in 70% of samples that have been sequenced, meaning it is the dominant variant in the country and is displacing Delta.

“Omicron is now in all the provinces.”

The minister cautioned that while preliminary data show that Omicron might cause less-severe symptoms, it is not yet clear if this will eventually be the case.

Phaahla said the most common symptoms seen with Omicron are not different from those observed previously, and include a scratchy throat, fever, cough, diarrhoea and vomiting. No respiratory symptoms had been noted in children. “There are signs that symptoms might be less severe.”

Preliminary data had also shown that people who already had Covid-19 could be reinfected by Omicron.

Protection against severe disease and death offered by vaccines was still very strong.

Groome said that between 16 November and 9 December the positivity rate (number of tests returning positive) increased from 2.5 to 24.9 and between Thursday and Friday another 22,000 positive cases of coronavirus infection were registered, “mostly driven by Gauteng”.

Case numbers and positivity rates in all the provinces were rising.

“South Africa is officially in the fourth wave,” she said.

In better news, Groome said it appears there are early indications of a disconnect between the rate of rising cases and the rate of hospital admissions. She added that there has been a slight increase in the number of deaths in Gauteng.

Over the past three weeks they had seen most infections were in people younger than 20, but were starting to see an increase in older age groups and hospital admissions in age groups where vaccine coverage was lower.

“There are no signals of an increase in severity.”

Dr Mathabo Mathebula, CEO of the Steve Biko Academic Hospital in Tshwane, said the majority of patients admitted with Covid-19 complications are not vaccinated. Six vaccinated people had been admitted, along with 24 unvaccinated patients, while in eight cases their vaccination status had been unknown.

She said at the beginning of the outbreak in Tshwane, where the resurgence of infections started, they admitted a lot of children. As for the rest of the patients, only 21% had been admitted with Covid-19-specific complications. The rest had been “picked up” in pre-admission Covid-19 tests when arriving at the hospital for other reasons.

Mathebula said she was concerned about compliance with treatment for chronic conditions as they were admitting people for uncontrolled comorbidities, not Covid-19. She said this might be because people fear going to clinics because of an increased infection risk.

Most of those admitted with Covid-19-related complications were able to cope with room air, while a few needed supplemental oxygen. DM