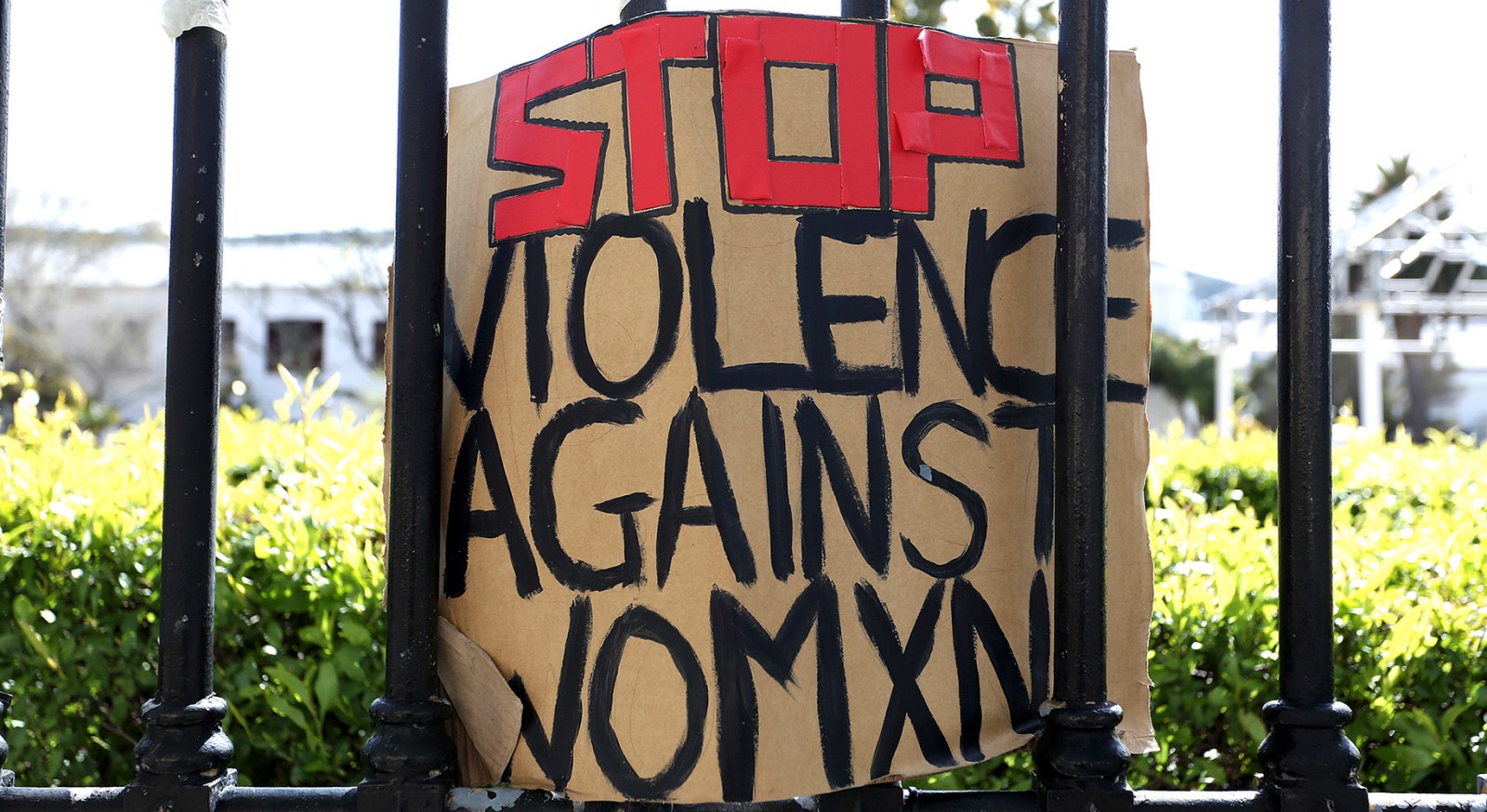 Friday, 10 December 2021, marks 25 years of our country’s Constitution. Maverick Citizen has been publishing articles throughout the week commemorating the occasion with various reflections from ordinary South Africans and civil society. The articles will culminate in a special newsletter that will go out on 10 December.

The ratification of the South African Constitution on 18 December 1996 was, for many, the birth of a fundamental transformation of South African society, seeking to redress the key harms of the past and develop the society into a future founded on social justice.

Outlined in the Constitution of South Africa are the different freedoms such as freedom of religion, belief and opinion, freedom and security of the person (to be free from all forms of violence from either public or private sources).

Everyone has the right to bodily and psychological integrity, which includes the right:

All these freedoms are intended to “increase citizens access and opportunities to the things they have reason to value” (freedom as defined by Amartya Sen, Indian economist, Nobel Prize winner).

The Constitution provided a forward-looking legal framework that formally recognises the aspiration of South African citizens to live in an equitable and free society, where everyone is enabled to achieve their full potential. There was no doubt that South African society was going to change significantly, especially for black people and in particular black womxn.

The “successful” process of democratisation in South Africa engendered high expectations for its transformation, a reimagining of a better life for all, changing the lives of womxn, particularly Black African womxn. The constitutionalisation of these freedoms has made a difference to law, policy, and people’s lives. The South African government has put numerous policies and legislative schemes in place and has made large proportions of its budget available for the fulfilment of its duties in respect of affording its citizens their rights and freedoms.

The social transformation has proved difficult in the intersecting political, cultural, socio-economic realm, propagated based on gender, race, sexuality and disability. The Constitution has not been able to redress the injustices of the past. This is not due to a lack of legislation. Legislation has been adopted and structures have been established to promote a greater level of equality in society and to prohibit and address unfair discrimination, however even with the legal framework in place, the Constitution has failed to transform and achieve substantive equality for womxn and girls.

Womxn are in different shackles. They are imprisoned by patriarchy. Despite the many gains made by feminism, patriarchy continues the denial of women’s freedom. Systemic patriarchy continues to render the Constitution incapable of reaching the aspirations of an equal society. Patriarchy is also a manifestation of the intersectionality of power and social disconnectedness. Womxn and girls are subjected to high levels of rape, sexual offences, femicide, domestic violence and intimate partner violence, unemployment (the official unemployment rate among black African women was 41.5% during this period compared to 9.9% among white women, 25.2% among Indian/Asian women and 29.1% among Coloured women) and many other related social ills.

The persistent interplay between poverty, patriarchy, racism and hetero normativity, resulting in black womxn and LGBTIQA people living in poverty and being most at risk for GBV is illustrated in the Sonke study and one by KPMG. They outline the links between poverty, inequality and higher risks of exposure to GBV, and the circular effect where womxn who have been victims of GBV are generally excluded from economic activity. Patriarchal norms and toxic masculinity are behind the greatest failure of the world’s most celebrated constitution.

Translation of the different laws remains a problem. There is a persistent culture of unaccountability. The South African Medical Research Council reported that only 14% of reported rape cases make it to trial and to demonstrate the dire state of and the disrespect of the Constitution, only 7% of reported rape cases that go to trial secure a conviction rate.

The successful implementation of policies and laws requires a new consciousness and more expansive interpretation of these rights by the Constitutional Court to encourage greater efforts to be expended in reducing absolute poverty, GBV, and other social ills and place a greater focus on ensuring that those whose needs are most urgent (black African womxn) are catered to. Ensuring accessibility of the courts and making litigation easier would facilitate greater legitimacy for the courts in defending the constitutional rights of the oppressed.

The jurisdiction of the SAHRC, the Commission on Gender Equality and the CRL Commission which impacts on the effectiveness of these institutions ought to be reviewed if we are to enable them to execute their duties. The political influence and interference and the lack of public awareness of these institutions render them incapable of pursuing the goals set out in the Constitution, thus rendering the Constitution incapable of providing the recourse it seeks to provide for its citizens. DM/MC