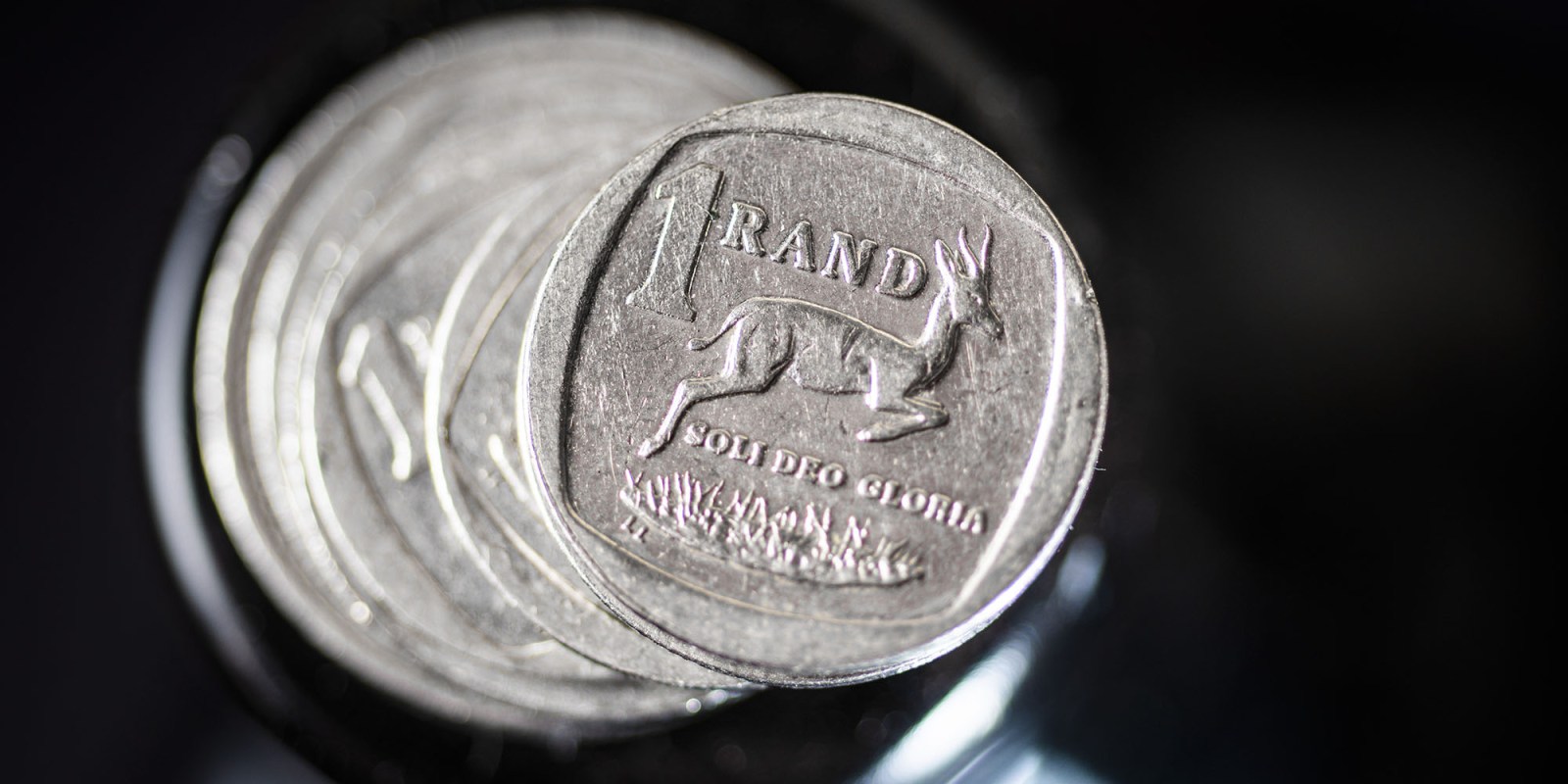 A South African one rand coin sits on a stack of coins in this arranged photograph in Pretoria, South Africa, on Wednesday, Aug. 14, 2019. (Photo: Waldo Swiegers/Bloomberg via Getty Images)

South Africa’s surplus on the current account of the balance of payments narrowed in the third quarter (Q3) to R226-billion from a record R311-billion in Q2, according to South African Reserve Bank data published on Thursday. This was one of the economy’s bright spots, driven primarily by the commodities boom, and it is now set to fade.

The SA Reserve Bank said the narrowing meant that the current account surplus in Q3 was equal to 3.6% of gross domestic product (GDP) in Q3, compared with 5.1% in the previous quarter.

This was largely driven by trade.

“The value of South Africa’s exports of goods decreased by 6.7% in the third quarter of 2021, while the value of merchandise imports remained broadly unchanged. South Africa’s trade surplus therefore narrowed noticeably to R455-billion in the third quarter of 2021, from R582-billion in the second quarter,” said the SA Reserve Bank.

The July riots also probably played a role in reducing exports, highlighting once again the material risk of social unrest to the South African economy.

The SA Reserve Bank also noted that “South Africa’s terms of trade (including gold) deteriorated somewhat in the third quarter of 2021 as the rand price of imports of goods and services increased more than the price of exports”.

These trends are expected to continue.

FNB said in a note that it forecasts a looming current account deficit “as domestic demand lifts”. A moderation in the prices of the commodities South Africa exports, along with the rising price of the oil it imports, will also hit the trade surplus. 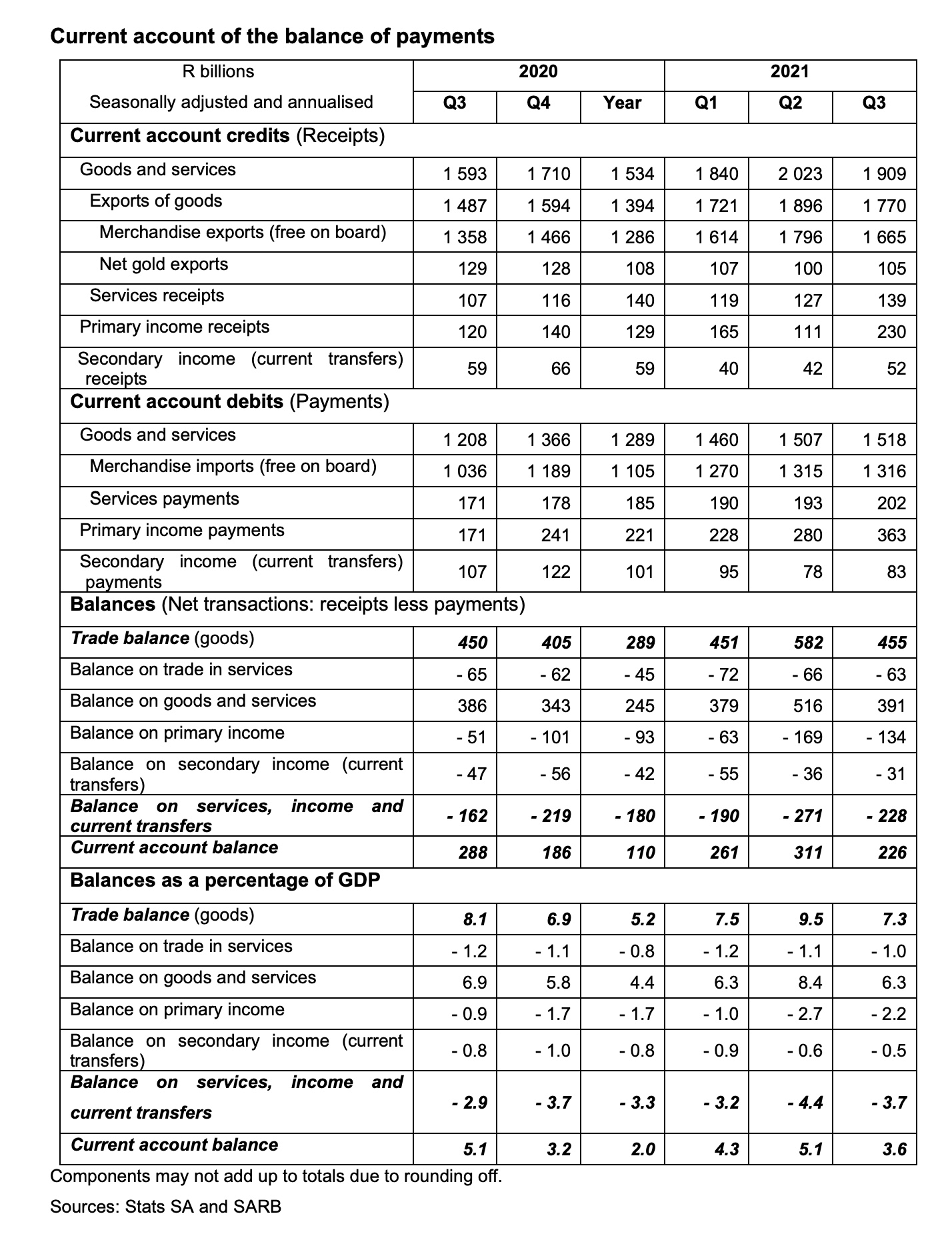 The current account surplus has been one of the few bright spots amid the wreckage that is the South African economy. Among other things, it offered support to the rand – support that is now going to ebb away. It has also been very much a product of the commodities boom, and the profits it generated for the mining sector provided the Treasury with a much-needed windfall of additional revenue.

This will almost certainly not be the case in 2022, barring unexpected events. The outlook for commodity prices is, frankly, not that bad at the moment. Iron ore prices have soared on Chinese demand, and such trends could conceivably keep the current account in surplus longer than expected – or contain the size of the forecast deficit.

Still, the current account surplus party is probably ending, which in effect will mean the amount of capital leaving South Africa’s shores will be greater than the amount coming in. Expect a hangover in the aftermath. DM/BM