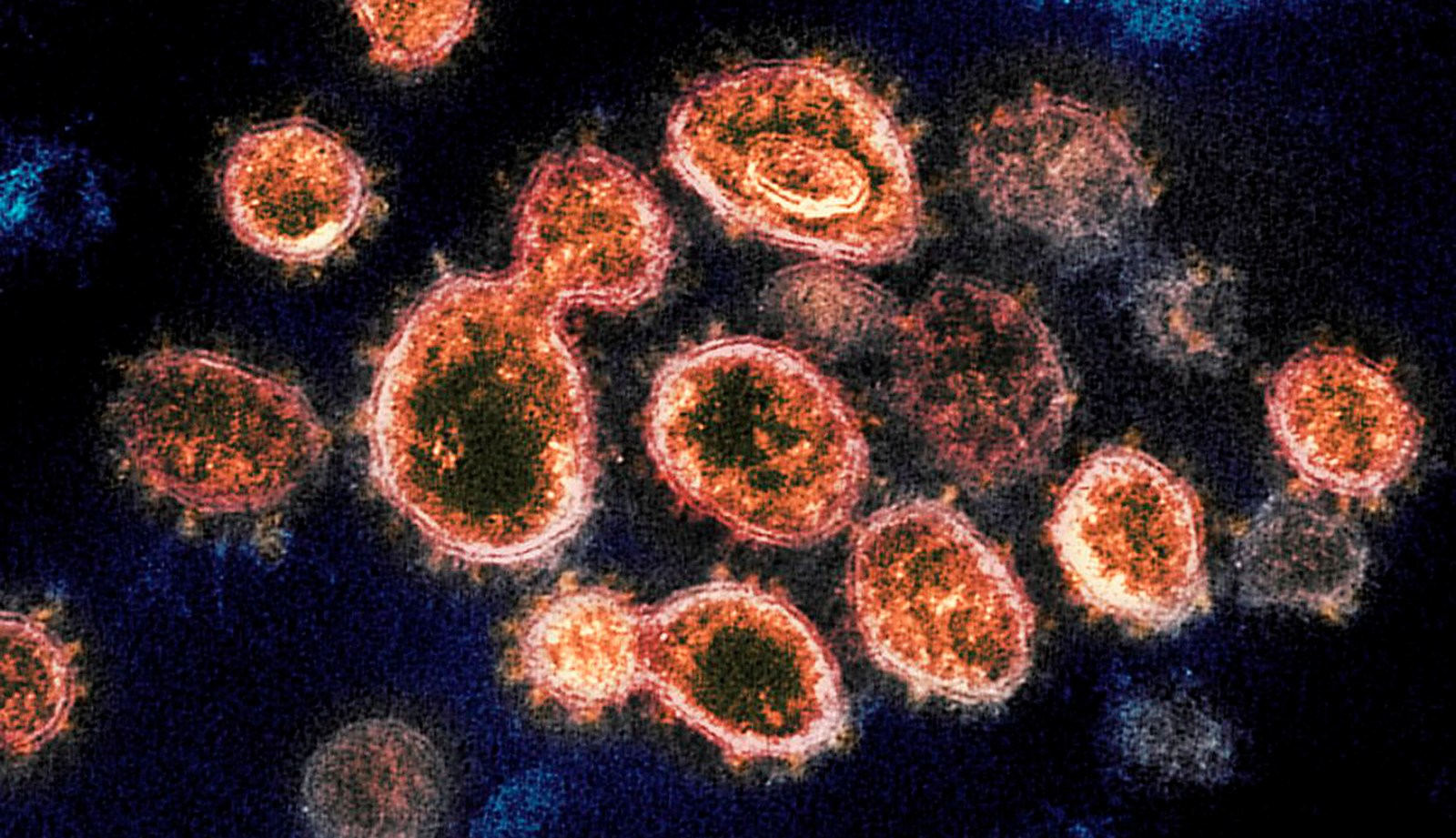 An image of the Omicron virus after scientists had isolated it. (Photo: deseret.com / Wikipedia)

Another trend that emerged from the National Institute for Communicable Diseases’ latest report is that there had been a small increase in Gauteng deaths and hospital admissions, but large daily increases in active cases in the province, which numbered 83,248 on Thursday.

Data released by the National Institute for Communicable Diseases (NICD) show that 25 days after the current outbreak of coronavirus infections, driven by the Omicron variant, hospitals in the Tshwane metro – the epicentre of the outbreak – are seeing a significant drop in severe cases and deaths.

The first 25 days of the current outbreak, according to the report, have seen a higher number of patients admitted to hospital – 1,633 – with many younger than 40. Of those admitted, 30.5% had severe symptoms and 3% have died.

About 10% of those who have tested positive for the coronavirus in the Tshwane metro have been admitted to hospitals. This is in line with similar observations by Dr Richard Friedland, the CEO of the private hospital group Netcare.

“Having personally seen many of our patients across our Gauteng hospitals, their symptoms are far milder than anything we experienced during the first three waves,” Friedland said this week.

“Approximately 90% of Covid-19 patients currently in our hospitals require no form of oxygen therapy and are considered incidental cases… if this trend continues, it would appear that, with a few exceptions of those requiring tertiary care, the fourth wave can be adequately treated at a primary-care level.”

“It is essential to recognise that the patient information presented here only represents the first two weeks of the Omicron wave in Tshwane. The clinical profile of admitted patients could change significantly over the next two weeks, by which time we can draw conclusions about the severity of disease with greater precision.

“The main observation that we have made over the last two weeks is that the majority of patients in the Covid wards have not been oxygen dependent.”

Another trend that emerged from the NICD’s latest report is that there had been a small increase in Gauteng deaths and hospital admissions, but large daily increases in active cases in the province, which numbered 83,248 on Thursday.

Increases in hospital admissions over the past two weeks were also seen in North West, Mpumalanga, Limpopo and Eastern Cape; and in Free State, KwaZulu-Natal and Western Cape over the past week.

In Gauteng, 9% of all hospital admissions in the last three weeks were children younger than five years old. However, this has decreased, from 14% two weeks ago, to 11% last week and 8% this week.

Researchers said it was important to remember that their data on severity had several limitations during the early phase of an outbreak when numbers are small and patients with mild symptoms are more likely to be admitted as a precaution.

The South African Medical Research Council indicated there were 2,076 excess deaths between 28 November and 4 December.

The Department of Health’s coronavirus update released on Thursday evening shows there were 22,391 new cases in South Africa on Thursday, bringing the national total to 133,063 active cases, with another 22 deaths. Of the 75,251 people tested for Covid-19 between Wednesday and Thursday, almost one in three tested positive.

Western Cape Premier Alan Winde said during a media briefing on Thursday that the Western Cape is fast approaching its fourth wave, with new infections increasing at a rapid rate.

“At this stage, while there has been an increase in hospitalisations, it has not shown the same rapid rate of increase as the new infections. However, it is too soon to tell as to whether this trend will continue because the new infections are mostly amongst younger residents, who generally have milder disease.

“Top scientists are of the expert view that vaccinations will continue to provide protection against severe illness and death, and that is why our vaccination programme in the province has never been more important.

“We are now seeing steep increases in the number of daily new cases, with on average 665 new diagnoses per day. We will reach the fourth wave when this hits around 1,100 cases per day, on a seven-day rolling average.

“The proportion of tests coming back positive has increased to an average of 20%.

“Admissions are showing signs of an early increase, with 19 admissions per day. Deaths remain low, with fewer than two deaths per day. Overall, there is a 587% week-on-week increase in cases in the metro, and 326% week-on-week increase in rural [areas], albeit off lower bases. The reproduction number reached a high of 2.5 [one infected person is transmitting the virus to more than two other people]. It is higher than what we saw early on in the second and third waves.

“In terms of projections for the week ahead, the South African Covid-19 Modelling Consortium expects this steep increase in Covid-19 cases to continue next week, with numbers rising to an average of 3,156 a day in the Western Cape. This would be as high as the third wave peak. Their projections for this week were largely correct.

“In terms of new hospitalisations, we are currently seeing an increase of admissions from seven admissions per day at the lowest period [between waves], to 19 admissions [seven-day moving average] per day.”

“This may be because the proportion of vaccinated people in this population is much lower when compared to older groups. Another reason could be because the virus is predominantly spreading amongst younger people at this early stage of the resurgence.

“In terms of severity of those being admitted, it is still too early to comment. This is made particularly challenging at this early stage as the younger cohort historically have had milder disease.” DM/MC