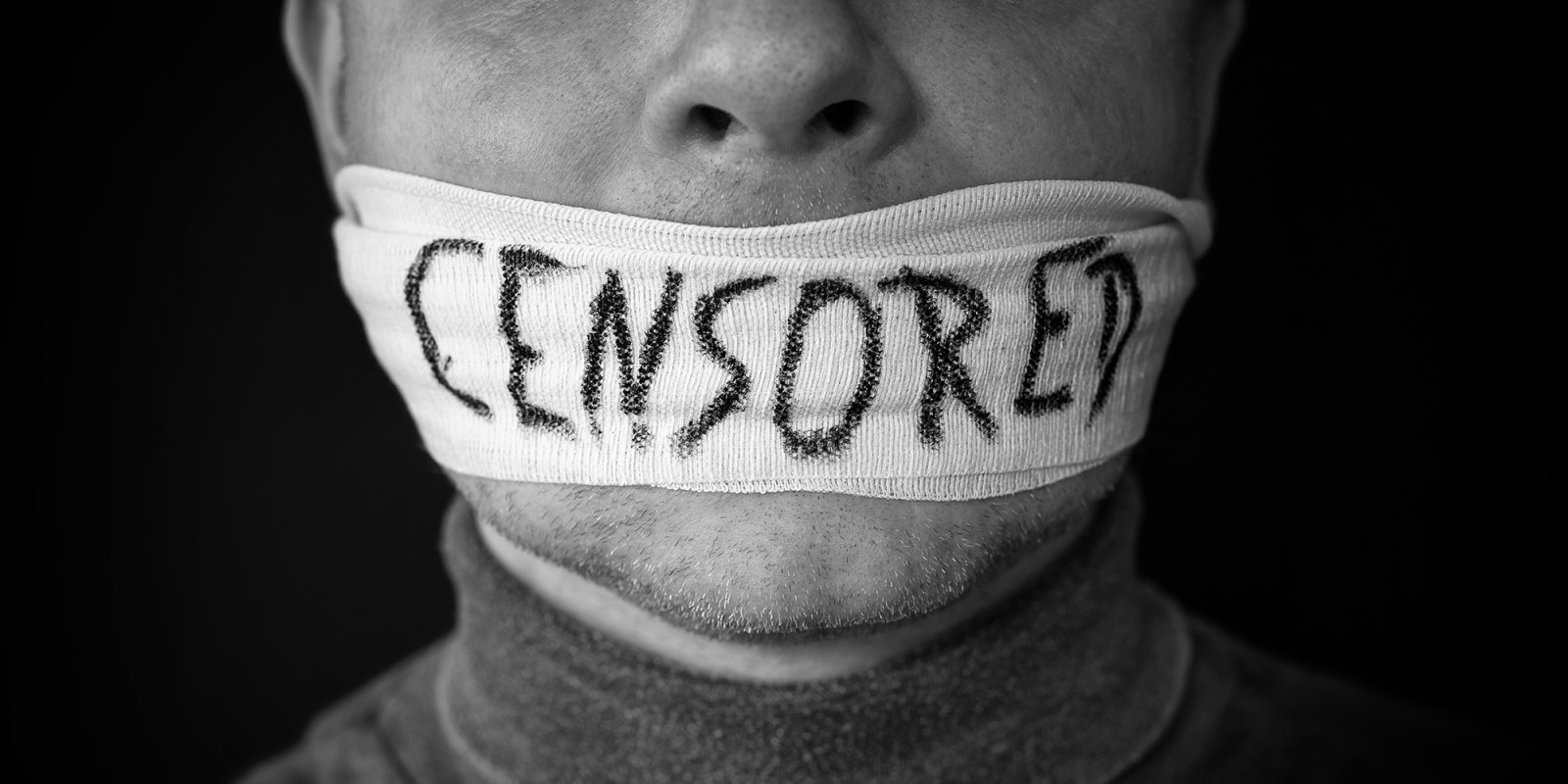 The number of journalists imprisoned worldwide has reached a record high for the second consecutive year – an alarming trend that has emerged in the Committee to Protect Journalists’ latest prison census.

In sub-Saharan Africa, the number of jailed journalists stands at 45, with Ethiopia’s civil war having seen a significant regression in media freedom in the region. Southern Africa, however, has no recorded arrests of journalists for 2021.

The number of journalists behind bars worldwide reached a record high of 293 this year, according to the Committee to Protect Journalists’ (CPJ) annual prison census and survey of attacks on the press.

“The number reflects two inextricable challenges – governments are determined to control and manage information, and they are increasingly brazen in their efforts to do so,” said Joel Simon, executive director at CPJ, in the organisation’s press release on the census. 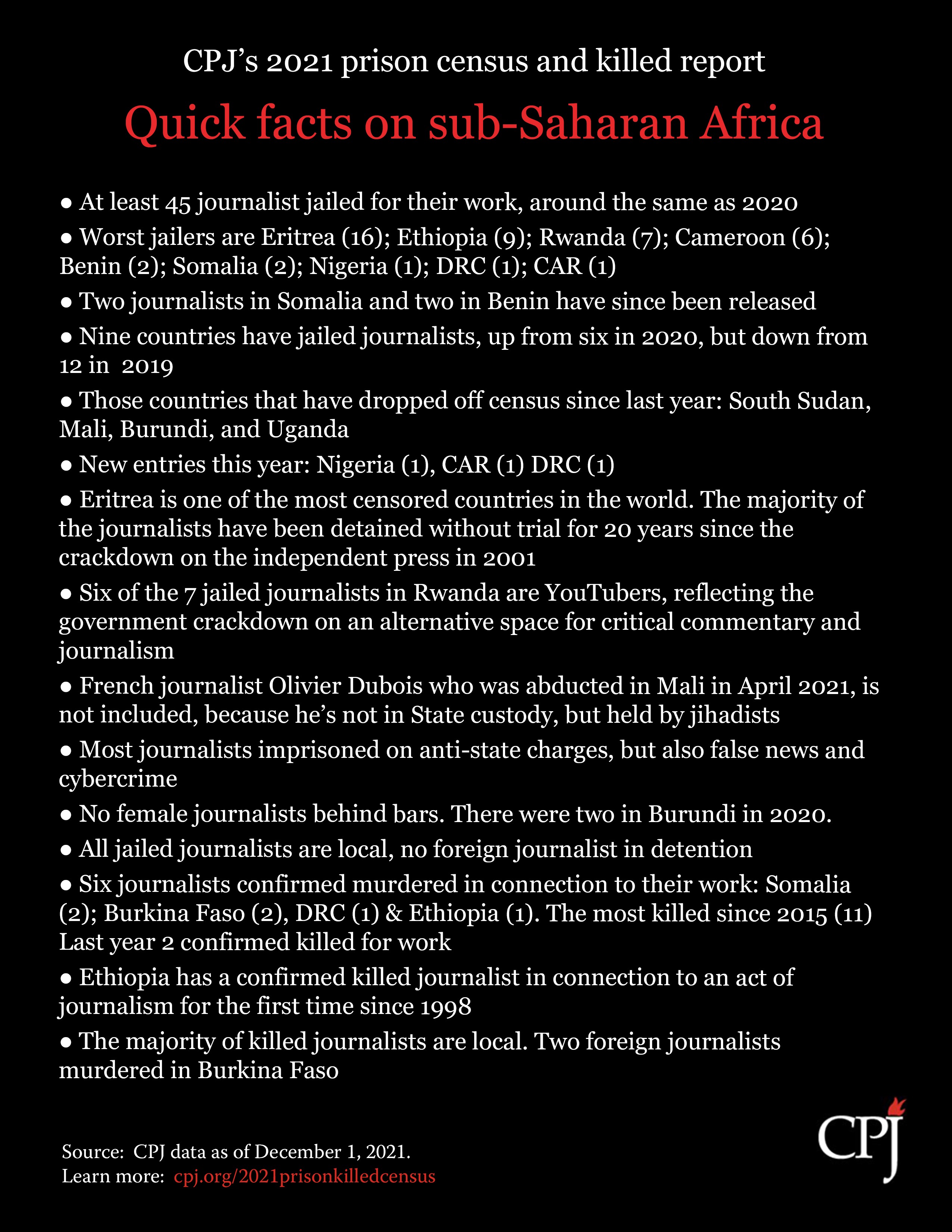 In sub-Saharan Africa, at least 45 journalists are currently imprisoned, which is about the same number recorded in this region in 2020, according to CPJ data. All jailed journalists are local, meaning that the lives and careers of 45 African individuals are being severely affected by the failure to uphold media freedom.

The countries in sub-Saharan Africa with the most imprisoned journalists are Eritrea and Ethiopia, with 16 and nine respectively. Other countries with jailed journalists include Rwanda, Cameroon, Benin, Somalia, Nigeria, the Democratic Republic of Congo and the Central African Republic.

There has been a rapid rise in the number of Ethiopian journalists behind bars over the past four years, from none in 2018 to one in 2019 and seven in 2020, CPJ data show.

The census accounts for all those journalists incarcerated as of 1 December 2021, and does not include those imprisoned and released throughout the year. This is the second year in a row that the CPJ has reported a record number of journalists imprisoned around the world.

Analysis by Muthoki Mumo, the CPJ’s sub-Saharan Africa representative, suggests that the new media restrictions in Ethiopia can be attributed largely to the escalating civil war in this region. In the conflict, which has been ongoing for just over a year, the federal government’s forces have clashed with those of Tigray People’s Liberation Front.

On 2 November 2021, the Ethiopian government declared a state of emergency, giving it the power to ban any broadcaster or publication suspected of any moral or related support of the group. It further allows anybody suspected of relations with the group to be detained without an arrest warrant, according to an article by Fana Broadcasting Corporate from November 2021.

In Eritrea, the state of media freedom has been consistently abysmal for the past 20 years, with the majority of the country’s imprisoned journalists having been without their freedom since the early 2000s, according to the CPJ’s record for this region. Recently, the CPJ joined 15 other journalists, human rights organisations and experts in calling on the Canadian government to impose targeted sanctions on senior Eritrean officials for human rights abuses, “including the 20-year imprisonment of newspaper editor Dawit Isaac and other journalists”, according to a CPJ article from 6 October 2021.

Isaac, along with several other journalists, was arrested in 2001 following a crackdown on independent media by the Eritrean government, according to the CPJ’s record of imprisoned journalists. He was last seen in 2005, when he was briefly released for a hospital visit, but his present status remains unknown.

There are no imprisoned journalists in Botswana, Eswatini, Lesotho, Namibia or South Africa as of 2021, according to CPJ data. South Africa has no record of imprisonments over the past 20 years, suggesting a state of media freedom that – while not perfect – can be appreciated by all media professionals seeking truth within the country. The CPJ’s arrest census is a grim reminder that this freedom is not only a privilege, but something that should be guarded fiercely. DM