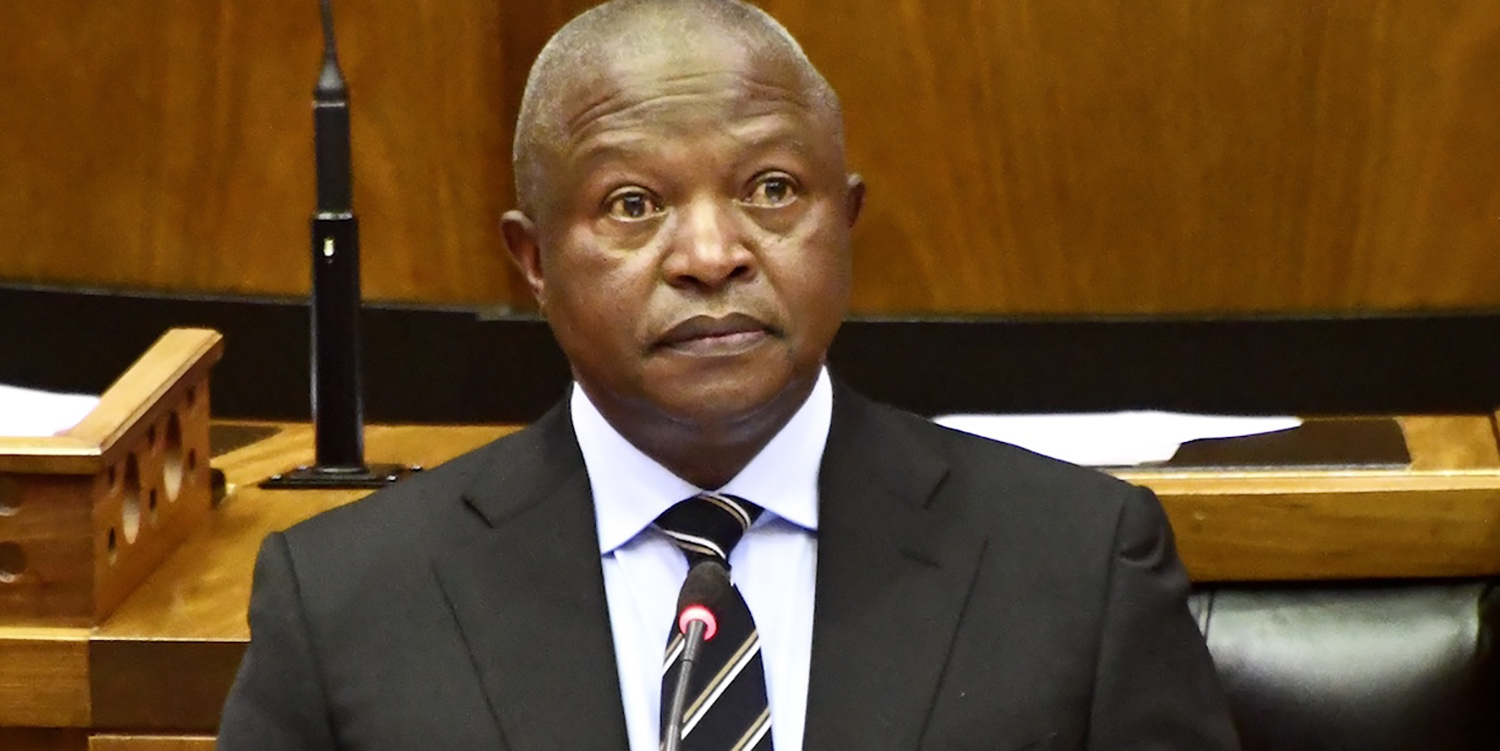 Questions were raised by Deputy President David Mabuza’s assertion that he had paid for his entire medical treatment and travel to Russia, as Parliament previously heard that the government had been responsible for at least his transport and security.

Asked during Thursday’s question slot in Parliament why South African taxpayers should carry the cost of his trip to Russia for medical treatment, Deputy President David “DD” Mabuza replied: “I’ve covered the cost of my treatment, the travelling… 100%. No money was paid by the South African government…”

That question from the IFP was the last of four follow-up questions that can’t be prepped, unlike the original question on the Order Paper that gets sent through some weeks earlier.

Mabuza’s reply seemed at odds with what President Cyril Ramaphosa told MPs during his Q&A in the House on 3 September.

The president’s reply, which does not provide a breakdown in rands and cents, is reflected in the Hansard of that day, as is the question asked by DA leader John Steenhuisen:

“Can you give this House and South Africans a categorical assurance that not one cent of public money was spent on (Mabuza’s) travel, his accommodation, his security and any other expense relating to that trip to Russia?”

Much could be said about the opposition’s fixation with certain issues; perhaps further questions will elicit clarity and accountability.

Thursday’s exchange in the House on Mabuza’s month-long trip to Russia for medical treatment in mid-2021 put the spotlight on Speaker Nosiviwe Mapisa-Nqakula’s own way of doing things.

She twice moved to “protect the deputy president”, as she put it, when, in follow-up questions, opposition MPs raised issues surrounding nuclear deals, alleged poisoning and the Sputnik Covid-19 vaccine.

This signals a change to the up-till-now established practice that it is left to the deputy president, or president, to decide whether to answer a follow-up question — even if it was ruled a so-called new, ineligible question.

On the Order Paper, the original question from DA chief whip Natasha Mazzone to the deputy president was:

“Whether he attended any meetings with any person, entity and/or organisation while he was on his most recent visit to the Russian Federation; if not, what is the position in this regard; if so, with whom did he meet and what was on the agenda of each meeting?”

And so Mazzone asked, in the House, whether Mabuza had met anyone relating to a nuclear deal or had seen doctors who deal specifically in poisoning, given the rumours that this had happened to him. But Mapisa-Nqakula would have none of it, ruling this out of order: “Please allow me to protect the deputy president.”

After Mazzone asked that this matter be referred to the rules committee, the Speaker, in an unusual turn, spoke at length from the presiding officer’s chair.

“I honestly believe it is not correct to discuss health issues related to members (of Parliament),” said Mapisa-Nqakula, pointing to doctor/patient confidentiality. “I think it is insensitive… I think it is improper… From where I am sitting, it is totally unacceptable.”

Mapisa-Nqakula was applauded by the ANC benches and later thanked for “keeping order” in the chamber.

Three months ago, when the president answered the question on his deputy’s medical trip to Russia, Ramaphosa called for “some measure of kindness when somebody is not well”. But at least he answered.

Later on Thursday, when EFF MP Veronica Mente raised the issue of the Sputnik Covid-19 vaccine, Mapisa-Nqakula again ruled the question out of order, saying it was a “new question” under Rule 142(6).

“A supplementary question must arise directly from the original question and the reply given thereto and may not constitute a new question,” that rule reads.

Although Mente protested — “You can’t go answer the question for him” — the Speaker was adamant. “I will not allow the deputy president to answer…”

Again, that was highly unusual. Even at the height of the bruisingly acrimonious Q&A slots that former president Jacob Zuma faced, the presiding officers may have ruled a question out of order, but he was still given the option to answer — or not.

With the rules committee now seized with this matter, Thursday’s Q&A nevertheless got a question, and answer, on Mabuza’s health.

“Mr Deputy President, having undergone your medical consultation and upon your return to the county, can the deputy president assure South Africans that he continues to discharge his responsibilities as the deputy president of the Republic?” asked ANC MP Skhumbuzo Mpanza.

To that sweetheart question, Mabuza replied: “I’m in front of the House strong enough to discharge my duties. I’m sure the House has seen me on different occasions out there, performing my duties as deputy president. What I can say is… I am grateful with the progress that I’ve made so far with regards to my health.” DM