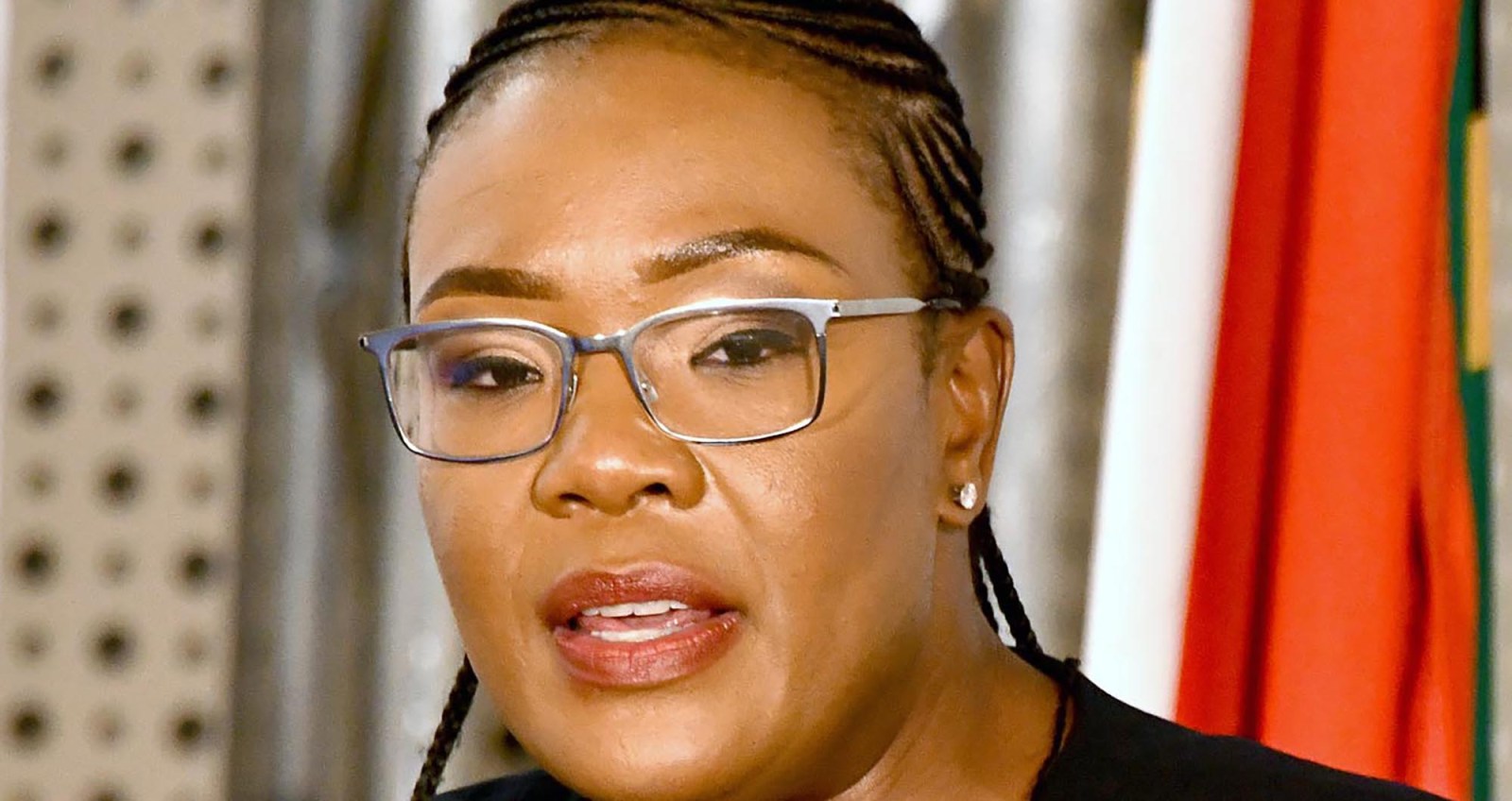 Just 19% of the R1.9-trillion national and provincial government spending got a clean audit in the 2020/21 financial year, according to Auditor-General Tsakani Maluleke on Wednesday.

Only one of the 15 state-owned entities (SOEs) which the Auditor-General handles, and just two of the key service delivery departments like human settlements, education and health are among this clean-audit group of 115 departments and entities.

While the Development Bank of South Africa and the Western Cape’s Department of Health and Public Works achieved clean audits, at the other end of the worst audit outcome, a disclaimer, is again the South African Nuclear Energy Corporation (Necsa).

Like Necsa, the SABC “disclosed uncertainty in their financial statements about whether they will be able to continue their operations”, according to the 2020/21 Consolidated Public Finance Management Act (PFMA) Audit Report released by Auditor-General Tsakani Maluleke on Wednesday after briefing Cabinet, then Parliament’s Standing Committee on the Auditor-General and the public spending watchdog, the Standing Committee on Public Accounts (Scopa).

Maluleke was determinedly upbeat in her briefing to MPs. It was “a good outcome”, as the clean audits represent 27% of the 425 government departments, SOEs and public entities audited. Another 187 auditees, or 44% of the total, had received unqualified audits with findings.

“This administration has been driving increases in clean audits over time. My team tells me there were 31 other audits we could have moved into the clean audit zone were it not for one or two little things.”

But further uncertainty over the continued operations of SOEs are anticipated as more audits are finalised. Of the overall 34 late submissions, seven are from SOEs, including SAA (all the way back to 2018), SA Express, Denel, Alexkor, the Trans-Caledon Tunnel Authority, the Independent Development Trust, the Passenger Rail Agency of South Africa (Prasa), as well as the SA Post Office and Land Bank, which both received bailouts in the past year.

“The status of SOEs remains volatile, particularly their financial health, as many key financial indicators continued to deteriorate for the year under review.

“Some SOEs continued to ask for — and receive — funding from government, which resulted in funds intended for primary service delivery being diverted,” according to the 2020/21 Consolidated PFMA Audit Report.

And that so-called diversion of resources is a key takeaway — if money is spent on bailouts, resources are not available for service delivery and if departments, particularly the key service delivery ones of human settlements, education and health, do not maintain internal controls to effectively spend their allocations, again service delivery is undermined.

Or as the Auditor-General put it, citizens are denied critical services by poor financial and performance management in the key service delivery departments.

Even as Maluleke emphasised “incremental improvement” in keeping with this report’s theme to “accelerate improvements in accountability”, continued flouting of regulations and legislation by more than two thirds of national and provincial departments and public entities emerged.

A total of 69% of national and provincial government departments and public entities failed to adhere to regulations and legislation — from procurement and other rules, to the PFMA.

That the government should break its own laws and regulations talks to the repeated call for internal controls, strong political and administrative leadership and consequences for transgressions.

Fruitless and wasteful expenditure, or spending made in vain, amounted to R1.72-billion, and unauthorised spending, or expenditure beyond available budget, also remained high at R3.21-billion.

Most affected by unauthorised spending are provincial health departments, because of the R1.76-billion paid out for medical negligence claims, or 75% of all claims against the state, totalling R124.15-billion.

Meanwhile, the SA Police Service faces legal claims of R7.71-billion for wrongful arrests and unlawful shootings and assaults during arrest or interrogation.

Maluleke told MPs that legal claims further reduced already scarce resources. Yet much of such litigation could be avoided with proper internal controls and properly motivated and agreed-on performance standards.

“If you have a Department of Health that’s not able to demonstrate that they can give you credible performance information, what that tells us is that their ability to plan for performance, to monitor it and to supervise for proper performance, that’s not there.

“If you have the HIV/Aids programme and you are unable to confirm it is being rolled out in the way Parliament has been told it is… and in the way recipients need to see, then you are not going to be able to course-correct, never mind over time achieve your goals and aspirations.”

While irregular expenditure does not necessarily mean corruption, it’s money that was spent without following laws and regulations, including procurement rules and value-for-money prescripts such as competitive bidding. In some ways this relates to the audit finding that 69% of national and provincial departments, SOEs and public entities are not compliant.

The 2020/21 consolidated audit was the third year in which the AG made material irregularities findings in line with authority provided by the Public Audit Amendment Act, which allows for disciplinary actions and personal cost orders against accounting officers.

Of the 237 material irregularities, just 17 have been resolved, MPs heard, leaving in progress 220, covering anything from procurement violations, payments for substandard goods, fraud and obtaining repeat disclaimers.

The Ministry of Defence has five material irregularities findings against it, with no appropriate action on three by mid-October 2021, according to the report.

Now escalated to a remedial action is the material irregularity regarding the asset inventory management contract with an instruction in November 2021 to determine the losses, recoup these and institute disciplinary action against civilian officials, with the SANDF boss to do the same with military command officials.

If that is not done, Secretary for Defence Ambassador Sonto Kudjoe faces a certificate of debt, effectively a personal cost order.

On Wednesday, Maluleke seemed to want to downplay those public audit powers, saying the Auditor-General “does not take over the responsibilities of the accounting officer”, nor those of the executive authority — effectively ministers and MECs — or the oversight role of Parliament and provincial legislatures to drive accountability to prevent it getting to certificates of debt.

These comments seem curious, but may be triggered by moves across the government and public entities to shift financial management and audit compliance solely to the Auditor-General, given these additional statutory public audit powers.

But such a swing would be against the ethos of a capable state and public accountability — and against the AG’s long-standing push for consistent internal controls, credible performance plans, consequences for transgressions and engaged political leadership.

Or, as Maluleke put it: “What we see as success is when we would have better accountability… better protection of resources such that we have controls and discipline and a culture of working in a way that’s prudent when we manage with public resources.” DM