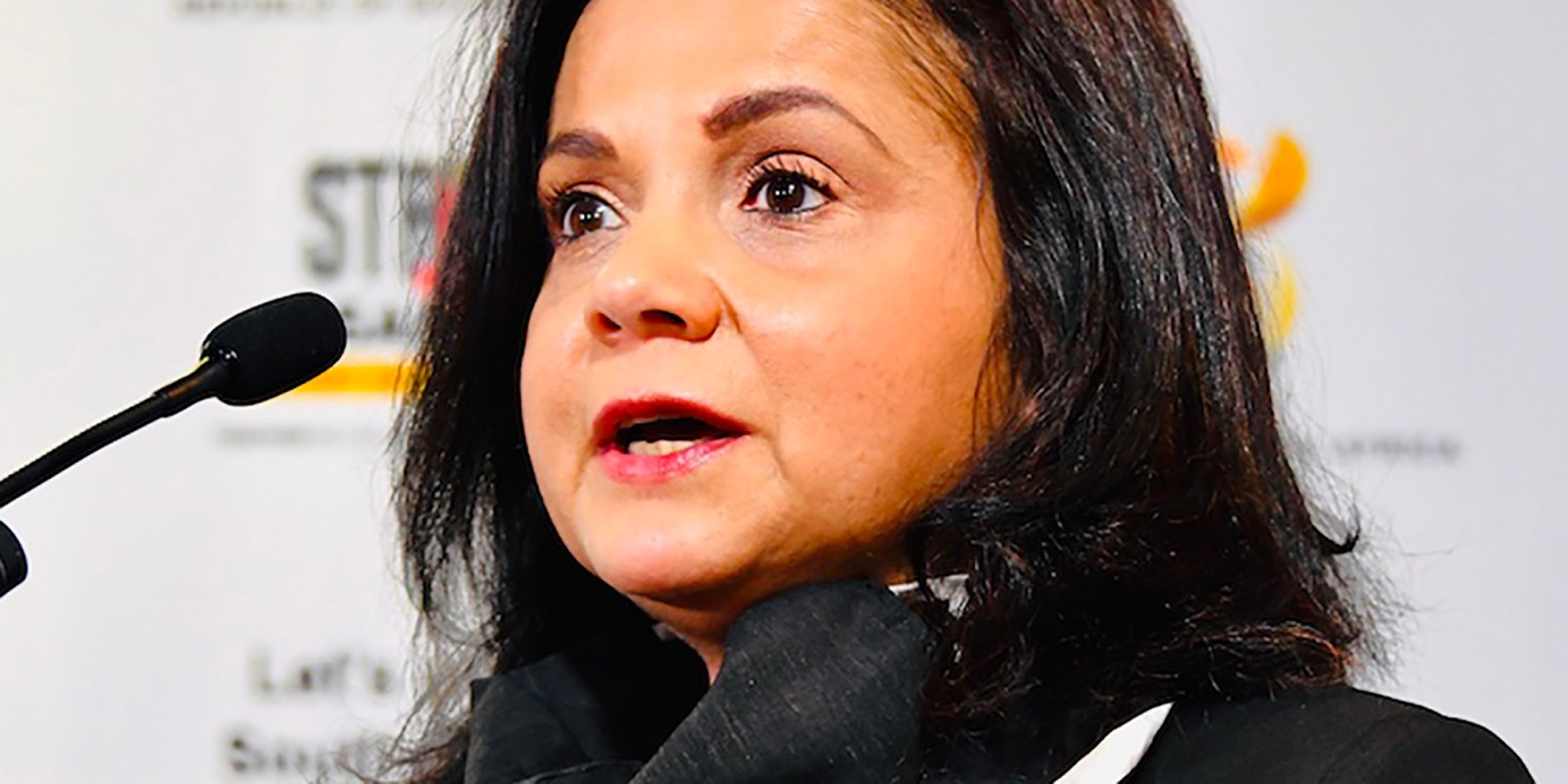 ‘It is deeply disturbing that someone of advocate Cronje’s calibre has abandoned her project,’ says Parliament’s justice committee member Glynnis Breytenbach.

Frustrations were tangible among members of Parliament’s justice and correctional services committee on Wednesday when the National Director of Public Prosecutions, advocate Shamila Batohi, delivered a report on the resignation of Investigating Directorate (ID) head Hermione Cronje and the continuity plan for the directorate.

Committee member Glynnis Breytenbach, a former long-time senior state prosecutor, was characteristically blunt when asking questions of Batohi or commenting on Cronje’s resignation before the end of her five-year term.

Breytenbach said she was “not convinced” by Batohi that there was no crisis at the prosecuting authority when considering Cronje’s leaving.

“Advocate Cronje is not a faint-hearted woman, not by any stretch of the imagination. She knew what the job was when she signed up for it. She has a history in the NPA, she was a senior manager in the NPA for some time, so she knew what she was getting into.

“I am not convinced by this suggestion that everything is hunky-dory and there are no issues, and her leaving is nothing odd and that in fact it is healthy to change horses in midstream, when we know it isn’t.

“We don’t know why she has left, and we are left to speculate, and the national director is not telling us. It is deeply disturbing that someone of advocate Cronje’s calibre has abandoned her project — on which she has worked very hard — at great personal cost, half complete. It’s unlike her, and it leaves me deeply concerned… while it may well be healthy to change leadership now and then, this was a fixed-term contract, it was for five years,” said Breytenbach.

The ID was proclaimed in April 2019, its mandate being to focus on “serious, high profile or complex” cases of corruption. Its budget for 2021 is about R107-million, but is expected to reach R180-million by 2022, according to Batohi.

Cronje was not at the meeting, with deputy NDPP advocate Ouma Rabaji-Rasethaba giving an overview of cases being worked on by the directorate. It is Rabaji-Rasethaba who will be leading the “transition process” while Cronje prepares to leave office next year.

Batohi had told the committee much of what she had said during a press conference on Monday. Cronje had left the ID “well positioned to deliver important results in the near future”. It was also a reasonably well-established unit now, Batohi added, with a reasonable budget.

Cronje’s resignation had been a culmination of various factors, which she was “not prepared to discuss in Parliament”, said Batohi.

In her written report to the committee, Batohi said there was an “incorrect narrative” that Cronje had left her post because the two did not get along. This made for “dramatic reporting” said Batohi, but “that is where it ends”.

“In any high-stakes, high-pressure environment, there is bound to be tensions and professional conflicts. But we work through them, and advocate Cronje and I both have the interests of the country at heart,” she told the committee.

The ID had to act with a sense of urgency, said Batohi, but would not respond to pressure, “as that is when we make mistakes, and we cannot afford to make mistakes”.

The prosecuting authority has been under public pressure to explain the seemingly slow pace of high-profile fraud, corruption and racketeering cases, particularly those allegedly linked to State Capture under the administrations of Jacob Zuma.

It was during Zuma’s tenure that the NPA was considered “hollowed out” and politically manhandled to suit the needs and desires of the former president and his cronies.

Commenting on the public frustration, Breytenbach said citizens were “impatient… and hungry for results… It’s not frankly good enough to keep telling us now that we must be patient, our patience has run out.”

Advocate Anton du Plessis conceded that the NPA did not have “all of the skills needed” to prosecute complex graft cases and that “innovative ways” were needed to address this.

He said another issue that had to be addressed was security of tenure at the ID, given that it was a temporary structure. The directorate currently had 120 staff members, said Du Plessis, and was looking to expand that to 200 by 2022. “Of those, hopefully more than 50 will be on the permanent structure.”

It was hoped that the new structure would be signed off by March, he said.

“We are going to be bringing across about 23 digital forensic capacities, six investigators and six team leaders [who worked at the Zondo Commission], that will be part of this organisation.”

According to Batohi’s report to the committee: “The ID has managed to enrol about 18 cases on the roll, 70% being criminal cases that are still being ventilated in court, while the balance is [Asset Forfeiture Unit] AFU-aided civil recovery matters.” DM