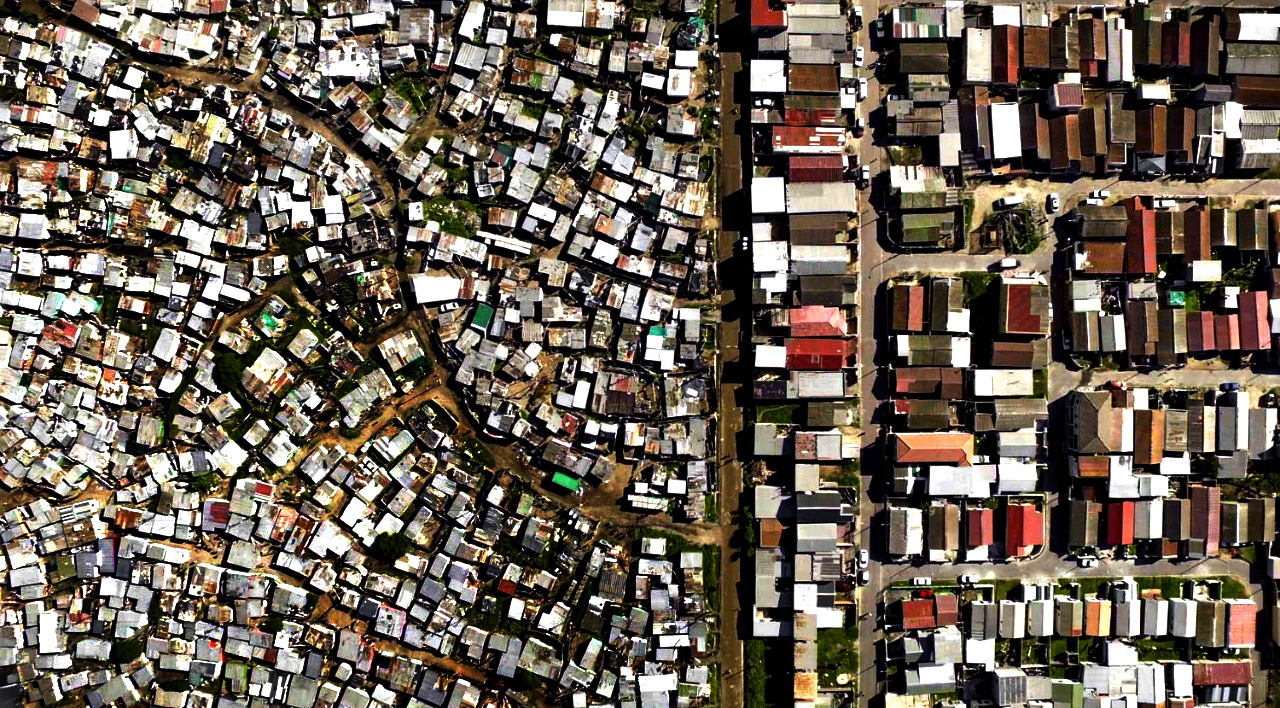 Findings in the World Inequality report reveal that the share of the bottom 50% of the world in total global wealth is 2% while the share of the top 10% is 76%. (Photo: worldbank.org / Wikipedia)

As we face converging storms of environmental destruction, pandemic disease, inequality and the climate crisis it’s time for democratically elected governments to reclaim power and resources from elites and to put human rights and the public and planetary interest at the heart of governance.

Last week Maverick Citizen’s editorial warned about the danger of ignoring scientific evidence in relation to SARS-CoV-2 and HIV. But given that Covid is as much a social disease as a viral pathogen, it’s important to be aware that whilst we try to overcome the Covid-19 pandemic there are other predictable crises hurtling down the line.

Later this week the US administration is hosting a Summit on Democracy. The summit of world leaders, including some of those with the worst track records on human rights, is meant to reinforce the world’s jaded democracies. By pure coincidence, it’s also the week in which the findings and data from the 2022 World Inequality Report are being launched. And on Friday International Human Rights day coincides with the 25th anniversary of the signing of our Constitution.

These issues and events are not unconnected.

The World Inequality Report 2022, available here, presents the most up-to-date and complete data on the various facets of inequality worldwide: global wealth, income, gender and ecological inequality. The data and analysis are based on several years’ work by more than 100 researchers from around the world. It is published by the World Inequality Lab, a group of analysts that includes Thomas Piketty. The data on which it is based is all available for scrutiny.

The report shows how in 2021, “after three decades of trade and financial globalisation, global inequalities remain extremely pronounced … about as great today as they were at the peak of Western imperialism in the early 20th century.”

It notes how across the world “Nations have got richer — but governments have got poorer” documenting how:

At a media briefing its lead author, Lucas Chancel from the Paris School of Economics described how in 2020, during the first waves of the Covid-19 pandemic, global billionaires’ wealth grew by $3.7 trillion. According to Chancel, this amount is “almost equivalent to the total annual spending on public health by all governments in the world before the pandemic — approximately $4-trillion.” (Total spending on health from all sources was $7.8-trillion in 2017 according to the WHO)

But in the same period, 100 million more people around the world have been thrown into extreme poverty as a result of Covid. 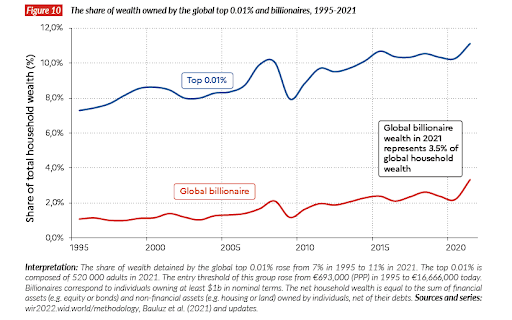 And here’s the rub that makes a calamity of so many people’s lives.

This increase in the wealth of the 0.1% of the world’s population has taken place at the very same moment as governments have struggled to fund interventions to protect poor people from Covid. Because of ‘funding constraints’ they have failed to fulfil legal duties under international law and national Constitutions that — like ours — require them to “respect, protect, promote and fulfil human rights”.

There is a clear reason for this.

One of the greatest problems society has suffered in the 21st century is the way democratically elected governments have progressively ceded the power the law entrusts to them. They have surrendered or sold it to elites who threaten governments with fears of disinvestment and the terror of downgrading by the unaccountable ratings agencies.

As a result, most governments find themselves financially incapable of carrying out their social obligations. The inability to carry out the popular will has gutted democracy. Consider this:

Isn’t it ridiculous that COP26, a meeting of governments that was meant to steer humanity away from climate catastrophe, failed for want of a commitment from developed countries to raise enough money to fund a $100-billion climate finance facility to assist developed countries make a just and equitable energy transition?

“We can’t afford it,” they plead, yet Elon Musk’s personal net worth is reported by Forbes to be nearly $300-billion. One man literally has enough money to rescue the planet.

Bill Gates, who would have us believe that he is the saviour of global health, has a net worth of $136.5-billion in 2021.

Covid-19 laid these inequalities bare. Then it made them worse. Before March 2020, the world economy was already in a crisis, but since then pandemic economics, just like war economics in previous moments of crisis, have been used to boost elite wealth and power.

Big pharma, for example, has never been less accountable. It holds the world to ransom.

It is not just social justice activists who argue this. Last week Dr Tedros Adhanom Ghebreyesus, WHO Director-General, told a Special Session of the World Health Assembly, that:

“Global health security is too important to be left to chance, or goodwill, or shifting geopolitical currents, or the vested interests of companies and shareholders.”

In his address to the nation on November 28th, President Ramaphosa said South Africa was joining the struggle “for equal access to vaccines for everyone.”

On 29 November a group of nearly 40 UN Special Rapporteurs issued a statement saying that “addressing the health crisis equitably must take priority over profit maximisation by corporations and vaccine hoarding by high-income countries.”

But the question is; will any of these pious words be turned into actions. It seems unlikely because our leaders are snared in the status quo and beneficiaries of it. Decisive action is needed to rescue democracy and society. But we doubt the Summit on Democracy will resolve that private power, including that of big pharma, needs to be drastically curtailed.

Which brings us home ….

On December 10th SA will celebrate the 25th anniversary of its Constitution. Thanks mainly to civil society activists it’s still alive. But it is chronically ill. The failure to realise the rights promised to the poor, on the grounds that we don’t have enough money, is rapidly undermining confidence in constitutionalism and the rule of law.

South Africa is an example of one of those countries that is rich, but whose government is poor. According to the World Inequality Report:

Failure to narrow inequality by introducing measures such as a wealth tax and a Basic Income Grant (BIG) is ushering in a future of instability in South Africa, including the possibility that in a year from now the corrupt Zuma faction of the ANC can try and mobilise popular discontent to regain control.

These are reasons why the Government should act decisively on its constitutional mandate to build a society founded on equality and social justice. After 25 years of promises, time is running out. DM/MC

The crime of inequality:

Some facts from the World Inequality Report: