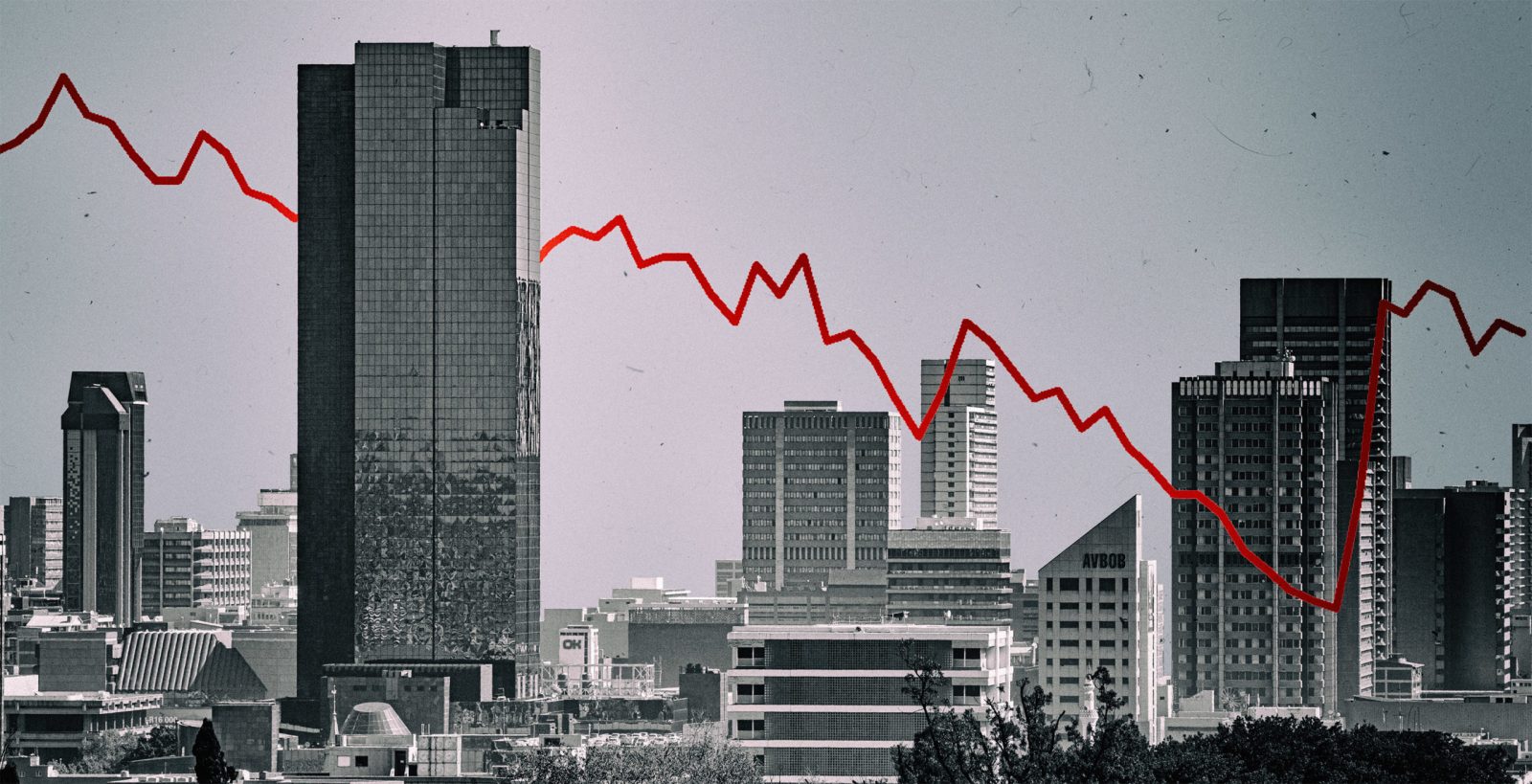 South Africa’s economy contracted 1.5% in the third quarter (Q3) on a quarter-on-quarter basis, data on Tuesday showed, underlining the period’s dismal unemployment numbers and knocking pre-pandemic output levels further out of reach. The July riots were a key reason, highlighting the risk of social unrest to South Africa’s economic outlook.

The data, unveiled on Tuesday by Statistics South Africa (Stats SA), showed a deeper contraction than market expectations of a decline of about 1%. This means that estimates for gross domestic product (GDP) growth for the full year will get whittled down further, and that official forecasts such as the Treasury’s of more than 5% – and the anticipated tax revenues it implies – are too optimistic.

“The figures confirm that an outburst of violent unrest in July, combined with a third virus wave, hit activity hard,” Virág Fórizs, Africa economist at Capital Economics, said in a commentary on the data.

Six key sectors – notably trade, manufacturing and agriculture – posted contractions in output in the three months to the end of September. Agriculture in particular has been a bright spot at times amid the wider economic gloom, and in Q4 the Agribusiness Confidence Index reached 74 points, its highest reading since 2001. Talk about a roller coaster.

“The out-turn was worse than our forecast of a contraction of 0.8% q/q and Bloomberg consensus prediction of a 1.0% q/q contraction,” Thanda Sithole, FNB senior economist, said in a note.

“The quarterly GDP decline reflected the material impact of the social unrest that directly and primarily affected KwaZulu-Natal and Gauteng.”

Social unrest is a material threat to South Africa’s economy and investment and with the ranks of the poor swelling, the red lights around this risk factor will keep flashing. 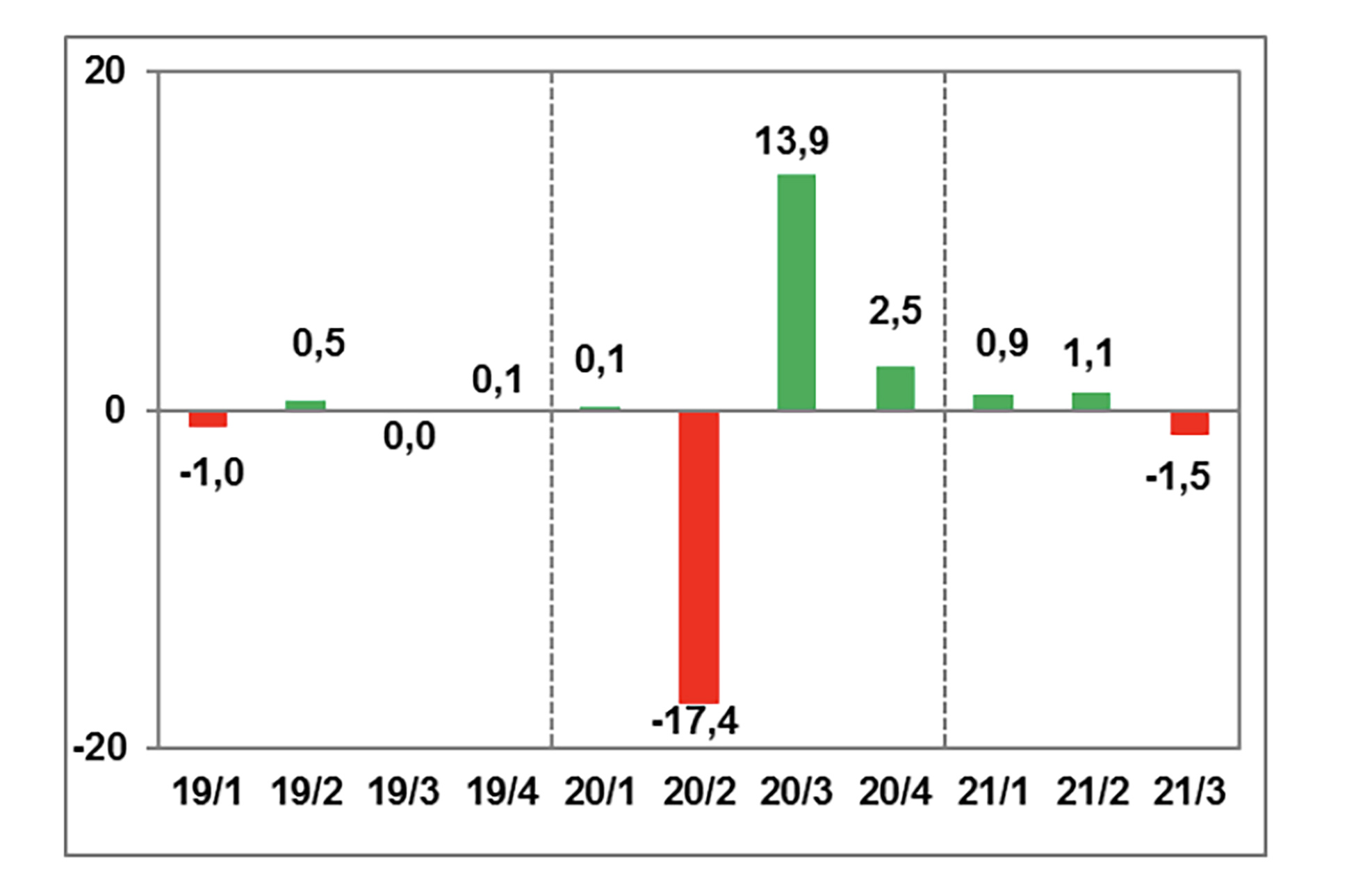 The manufacturing sector declined 4.2% in Q3, a setback that helps to explain the record 34.9% unemployment rate that was reached during the quarter. An economy that is not making stuff at the same pace is going to shed jobs, finish and klaar.

The finance sector managed growth of 0.3% in the quarter, but it is an industry that can thrive in the face of wider adversity. At the end of the day, the bankers always win.

Output in the wholesale and retail trade sectors slid 5.5% as shops in Gauteng and KZN were looted and literally burnt to the ground.

“South Africa’s economy was still 3.1% smaller in Q3 compared with its pre- pandemic level, marking one of the weakest recoveries in the emerging world,” Fórizs said in a sobering observation.

Looking ahead, the outlook is as cloudy as Gauteng’s skies have been the past few days.

“Our predictions for the fourth quarter are not good,” said Christie Viljoen, economist and senior manager at PwC. He noted, among other headwinds, the travel bans slapped on South Africa since the emergence of the Omicron variant – bans which are depriving the economy of foreign tourism capital.

FNB’s Sithole said its forecast for 2021 was growth of 4.7%, below official estimates, which will almost certainly get a haircut now. Still, that will regain some of the ground that was lost in the 2020 contraction of 6.4%.

“More recent indicators suggest that activity was struggling to rebound even before the emergence of a fourth virus wave driven by the Omicron variant. The manufacturing sector was hit by strikes in October. And deepening electricity shortages have continued to weigh on energy-intensive sectors, while the authorities remained largely committed to fiscal consolidation, dampening domestic demand,” said Capital Economics’ Fórizs, while also noting that this state of affairs may keep the South African Reserve Bank’s (Sarb’s) tightening cycle in check.

Sarb hiked its key repo rate by 25 basis points last month, suggesting that the party was over as it began the first reversal from the 300 basis points it slashed in 2020 when the economy was melting down. The bank remains concerned about inflation, but lacklustre growth can contain price pressures.

Worryingly, gross fixed capital formation was flat in the quarter, a signal that investment levels remain woeful and below the amounts needed to get the economy growing at a faster pace. Meanwhile, the perpetrators behind the July riots have clearly made South Africa poorer. DM/BM