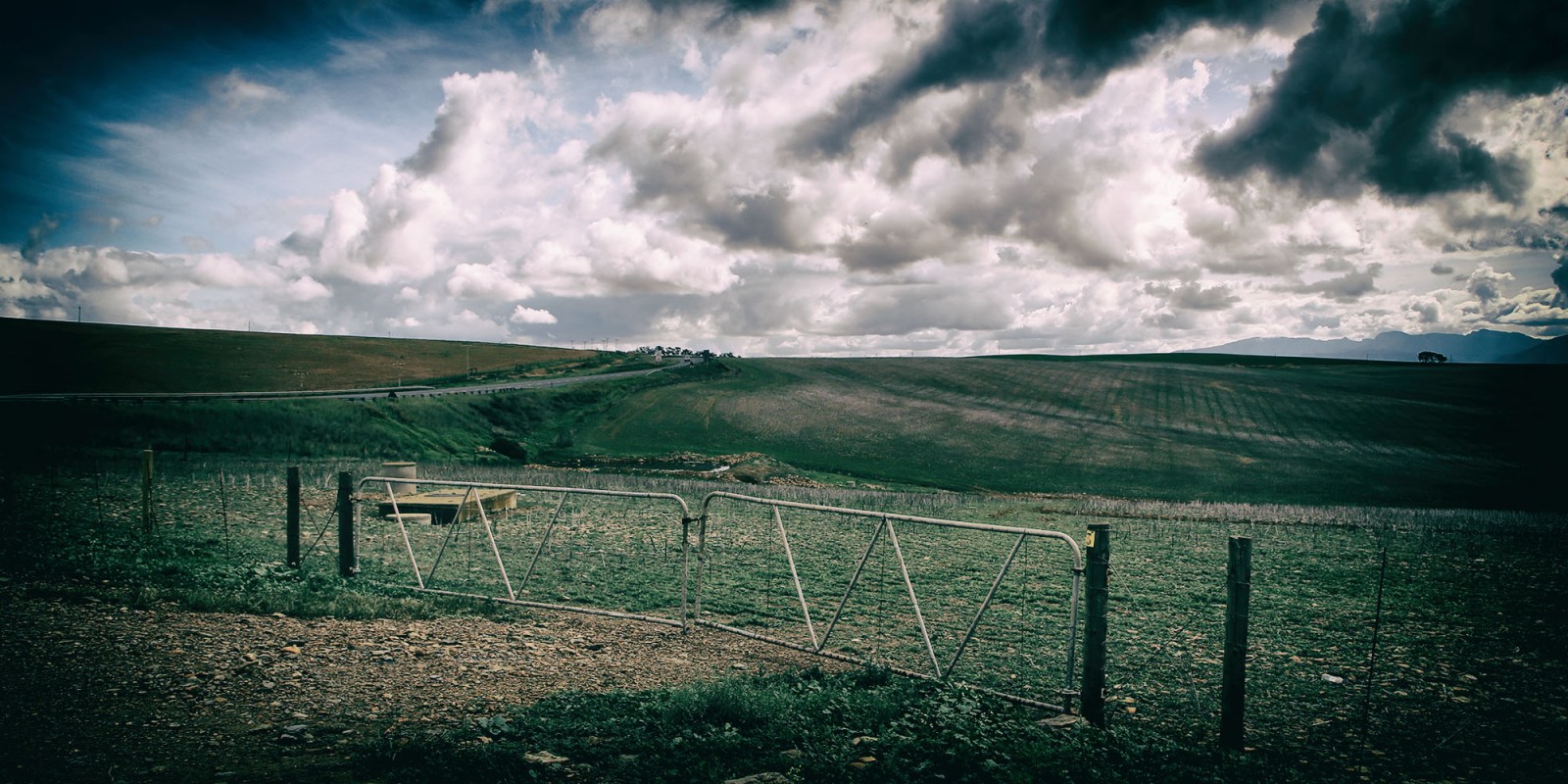 Almost four years’ of political manoeuvring to amend the Constitution to expressly provide compensationless expropriation ended with a whimper. But Tuesday’s debate brought out lowbrow political slander, with references to sell-outs, cowards, handlers and counter-revolutionaries across the floor of the House.

Tuesday’s defeat of the constitutional amendment for expropriation without compensation – the 204 votes for and 145 against missed the two-thirds threshold of 267 – was on the cards for a while, as Daily Maverick already reported in July.

By then the EFF had pulled its support when the ANC rejected its proposals of state custodianship for all land, and a series of bilateral political meetings failed to resolve the stalemate around state custodianship of land. And without the joint numbers of the EFF and ANC, the constitutional threshold of a two-thirds majority would never be met.

And so Tuesday’s debate wasn’t really about the Section 25 constitutional amendment for expropriation without compensation. It was about bruising and accusatory party politicking.

Such calumny ranged from Justice Minister Ronald Lamola calling opposition benches “counter-revolutionary”, ANC benches shouting “sell-out, sell-out” and EFF leader Julius Malema describing the ANC as “led by cowards who don’t want to offend their handlers”, as well as “completely captured by White Monopoly Capital” and that “the majority of those who lead the ANC today were themselves spies and they were captured when they were young”.

Words like “sell-out”, “counter-revolutionary” and “handler” are trigger words, particularly in ANC circles. Not too long ago being called “sell-out” was often fatal in South Africa’s politics – as was an accusation of having a handler, effectively reporting to the apartheid security apparatus. The label of “counter-revolutionary” held harsh, if not also lethal consequences.

Talking about handlers and spies is also a veiled reference to claims made in the House against President Cyril Ramaphosa in February 2019 when Cope leader Mosiuoa Lekota alleged he had worked with the apartheid Security Police as far back as 1974, and Malema raised questions over Ramaphosa’s role in the founding of the National Union of Mineworkers.

Ramaphosa at length refuted both opposition politicians’ claims in his reply to the 2019 State of the Nation Address.

“I never, ever have been a spy. I have never worked with the enemy. All I have ever done in my life is my commitment to my people. That’s all.”

But the allegations of handlers have remained in circulation in the fractious ANC factional politics, particularly in the so-called Radical Economic Transformation (RET) grouping, and are set to step up as the governing party is scheduled to hold its policy and national elective conferences in 2022. The EFF isn’t shy to make hay from this.

On Tuesday the ANC failed to call points of order – on “cowards” as unparliamentary language and on the “spies” within the ANC and “handlers” of ANC leaders as requiring substantive motions. Such points of order may still have been unsuccessful – Malema carefully did not name any individual, only the ANC – but parliamentary nous would have had the ANC benches on their feet at those claims.

“Those who are not supporting the bill are saying the suffering of the African people in particular, and black people in general, must continue,” said the chairperson of the Ad Hoc Committee to Initiate and Introduce Legislation Amending Section 25 of the Constitution, ANC MP Mathole Motshekga, after having talked of land dispossession as the “original sin” and “crime against African humanity” and the opposition’s “unholy coalitions”.

“Some government officials are stuffing their pockets while hard-working black farmers are waiting,” said Singh, adding that the Constitution Eighteenth Amendment Bill process “has all been a political game at the cost of the people of South Africa”.

Malema ramped it up, calling on people to ensure stolen land is returned, as the ANC would not do so.

“The ANC is completely captured by White Monopoly Capital. It is led by cowards who don’t want to offend their handlers because the majority of those who lead the ANC today were themselves spies and they were captured when they were young and they can’t offend those who have handled them when they were young because their files will be released,” said Malema. “We are dealing with a complete bunch of sell-outs.”

“When forces in the left and the right converge against the people it is a counter-revolution,” said the minister. “How ironic that they vote together in local government, they’ve pronounced that they’ll vote together today to oppose the bill, yet they tell us they are not coalition partners.”

But Lamola had to withdraw his comment that IFP MP Mkhuleko Hlengwa’s sobriety must be checked. Hlengwa has brought a point of order about this unparliamentary language.

The move to amend Section 25 of the Constitution has been steeped in politics and politicking, and governing ANC internal factional jockeying, right from the start.

That’s all the way back to the 2017 ANC Nasrec national conference, which in an RET win, adopted expropriation without compensation as a tool for land reform – followed in February 2018 by the ANC agreement to support a (watered down) EFF motion.

In the public debates, many academics, lawyers, activists and researchers argued it was not necessary for the Constitution to be amended, as nothing in Section 25 actually prevented the expropriation of land for no compensation. What had bedevilled and delayed land reform and restitution were the government’s lack of political will and the emergence of corrupt patronage networks.

A year earlier, in February 2017, the ANC voted down a similar EFF motion because the governing party is not told what to do. That got ANC MPs a tongue-lashing from then president Jacob Zuma, who in his March 2017 annual address to the National House of Traditional Leaders called on “particularly the black parties [to] unite because we need a two-thirds majority to effect changes in the Constitution”.

In 2018, unprecedented countywide public hearings into the feasibility of a constitutional amendment showed that expropriation without compensation was widely regarded as shorthand for social justice to redress continuing structural inequalities and poverty.

In the public debates, many academics, lawyers, activists and researchers argued it was not necessary for the Constitution to be amended, as nothing in Section 25 actually prevented the expropriation of land for no compensation. What had bedevilled and delayed land reform and restitution were the government’s lack of political will and the emergence of corrupt patronage networks.

Similarly, the 2017 High Level Panel chaired by ex-president Kgalema Motlanthe was critical of the lack of political will towards land reform. Ditto, the July 2019 Presidential Advisory Panel on Land Reform and Agriculture.

But on 5 December 2018 the National Assembly agreed, with a vote of 209 for and 91 against, on the need to amend the Constitution to allow for expropriation without compensation and to “make express what’s implicit”, as it was put by then in an effort to deflect widespread criticism.

That ultimately led to Tuesday’s session in the House, which with the defeat of this constitutional amendment would also have shattered expectations raised among many vulnerable and aspirational individuals and communities.

Crucially, parallel to this, the Expropriation Bill has advanced in the National Assembly legislative pipeline.

That legislative proposal has had a tortuous route in Parliament. The current version, tabled in late 2020, is the third attempt to get a constitutionally compliant expropriation law to replace the apartheid-era act still on democratic South Africa’s statute books.

The first version didn’t go anywhere in 2007 after parliamentary lawyers advised that the ban on recourse to courts was unconstitutional. The second was passed, but in 2017 Zuma returned it to Parliament over concerns about lack of public consultations. Ultimately this bill was withdrawn amid the political jockeying ahead of the 2017 Nasrec ANC national elective conference.

If legislative and governance focus is applied, it could be adopted in the first quarter of 2022, and in the National Council of Provinces before the end of next year.

It may yet turn out that this, alongside a mooted land redistribution bill, is what ANC MPs in Tuesday’s debate meant when they vowed the road to expropriation without compensation had not yet run out.

After all, 2024 is another election year. DM