‘His death is a huge blow, he was simply the best of...

‘His death is a huge blow, he was simply the best of us’ — Lindiwe Sisulu on the passing of Ebrahim Ebrahim 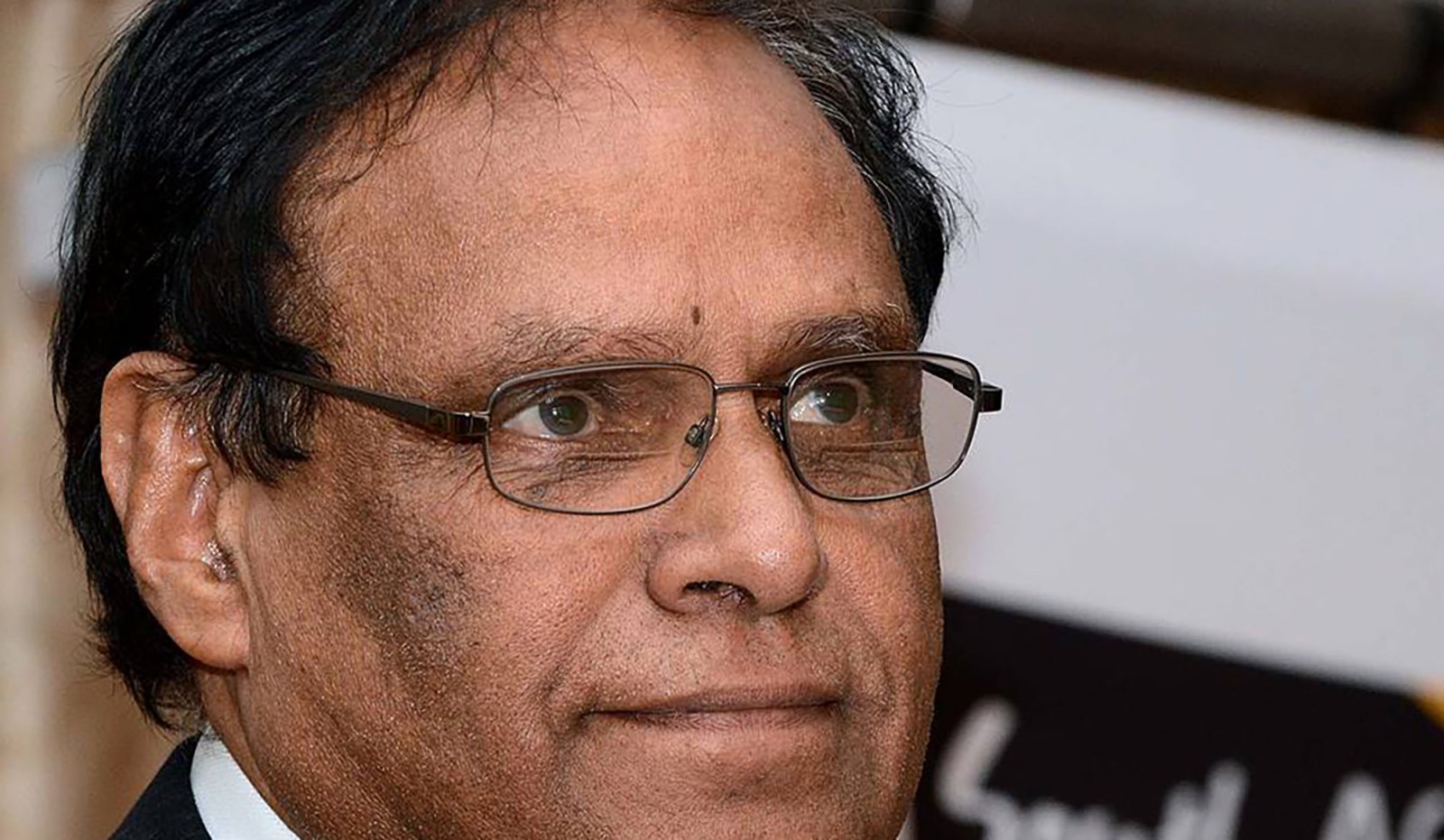 Tributes continued to pour in for the former deputy minister of international relations who died on Monday. The Minister of Tourism said that he was ‘the best of his generation’.

“His death is a huge blow, he was simply the best of us,” tweeted Lindiwe Sisulu, Minister of Tourism, on Ebrahim Ismail Ebrahim, the former deputy minister of International Relations and Relations and Cooperation who died on Monday morning.

Sisulu described Ebrahim as “down to earth, humble and dedicated. The best of his generation by far”.

The In Transformation Initiative (ITI), a non-profit organisation, where Ebrahim served as a director, said that they would miss Ebrahim’s “quiet and unassuming” guidance. “We honour your dedication, selflessness and horrific personal suffering that helped bring about the end of apartheid and liberation of all South Africans. Your role in accomplishing that will be eternally recognised by history,” reads ITI’s statement.

Ebrahim was born in Durban on 1 July 1937 and from a young age was drawn to politics. At 13 years old, he attended rallies and participated in mass campaigns.

In 1956, he volunteered to work for the weekly newspaper New Age, which popularised the goals and achievements of the liberation struggle. In his free time, Ebrahim sold New Age copies at the Durban bus ranks after school and at rallies and meeting places over the weekend.

In 1961, Ebrahim went on to become one of the first Umkhonto we Sizwe (MK) recruits in Natal. Ebrahim commanded an MK unit that carried out several successful acts of sabotage against government installations, at great risk to his personal safety. However, in 1963, Ebrahim was sentenced to 15 years on Robben Island for sabotage.

Two years later, Ebrahim, Nelson Mandela and Ahmed Kathrada were among the first prisoners to enrol for a university degree at Robben Island. Ebrahim completed two degrees, a Bachelor of Arts and a Bachelor of Commerce degree through Unisa.

In prison, Ebrahim took on leadership roles. He was on the ANC’s Disciplinary Committee in prison, which ensured that comrades adhered to a strict moral code. He also gave political education classes and worked to keep the morale of prisoners high.

After serving the ten years of his sentence, he was driven to a prison in Durban, where he was subsequently released.

See a video tribute produced to honour  Ebrahim  on his 80th birthday by Anant Singh in this clip here:

Before he walked out of prison, the authorities issued him with a banning order in terms of the Internal Security Act. This meant he was confined to the Pinetown magisterial district, had to report every Monday to the Westville police station and was forbidden to attend any social, political or student gatherings.

Because he couldn’t attend mass meetings, Ebrahim focused his energy on underground meetings and was involved in strategic discussions with the ANC units on their programmes of action.

In 1980, the ANC head office in Lusaka informed Ebrahim of the imminent danger to his safety posed by a security police informer. Ebrahim left the country and went to Angola for military training.

A few years later, Ebrahim was deployed to Eswatini (formerly Swaziland), but it was not until 1985 that Ebrahim returned to South Africa, to make contact with the ANC’s underground units and to assess the situation on the ground and report back to the organisation.

When he returned to Eswatini, it became clear that he was being followed by state operatives. Ebrahim was abducted and taken back to South Africa, where he was tortured.

In Ebrahim’s biography, A Gentle Revolutionary, published by the Ahmed Kathrada Foundation, Ebrahim said: “There are times I feel my mind is cracking. Up to date, I have refused to give a single piece of information. I am refusing to answer any question. I shall maintain that stand no matter what the consequences will be. I’d rather go to my grave than betray one single person or organisation”.

Eventually, Ebrahim was tried for treason on fabricated evidence and in 1989, Ebrahim was sent back in Robben Island.

But in 1991, Ebrahim won his appeal when the Supreme Court of Appeal ruled that the state had no jurisdiction to try him as he was abducted from a foreign country which led to Ebrahim’s release.

In 1997, Ebrahim was elected the chairperson of the Foreign Affairs Committee. In 2002, Ebrahim resigned from Parliament to work as the senior political and economic advisor to the then deputy president, Jacob Zuma.

In recognition of his work, Ebrahim was awarded the Military Veterans Decoration in Platinum in 2012 for the sacrifices made to bring about peace, democracy and freedom in South Africa.

The King of Spain Felipe VI bestowed The Order of Civil Merit — a knighthood at the rank of Knight Commander — in 2015, in recognition of his contribution to the struggle for democracy in South Africa.

Before his passing in 2017, anti-apartheid struggle stalwart Ahmed Kathrada said Ebrahim’s life was characterised by a “spirit of sacrifice”.

In a TV interview, former ANC stalwart Ronnie Kasrils said that Ebrahim led “a life of courage and integrity”.

Dirco minister Dr Naledi Pandor said she had learnt “with sadness” the news of the passing of Ebrahim Ebrahim, who served as deputy minister between 2009 and 2014.  “{Ebrahim} played a significant part in cementing our country’s position on the international stage.  He was a renowned and respected freedom fighter, a national combatant and truly committed to his country, his organisation and his family. I had hoped to visit him soon as he had told me of his failing health. I’m truly saddened”, said Minister Pandor in a statement.

In a statement, the ANC said Ebrahim “was a patriot who served his country in different capacities with humility, dedication and distinction”.

Gert Grobler, Ebrahim’s colleague at Dirco –  former deputy director-general for Europe and ambassador to Japan, Spain and Madagascar, said: “I am very saddened by the passing of a good friend Ebie Ebrahim –  the former Dep Min of Dirco from cancer this morning .. he was a lifelong patriotic and dedicated member and stalwart of the ANC  He was one of the most compassionate, humble and honest people I have had the privilege of knowing… May he rest in peace.”

Ebrahim’s funeral was due to take place on Tuesday afternoon. He is survived by his journalist wife, Shannon and two children. DM