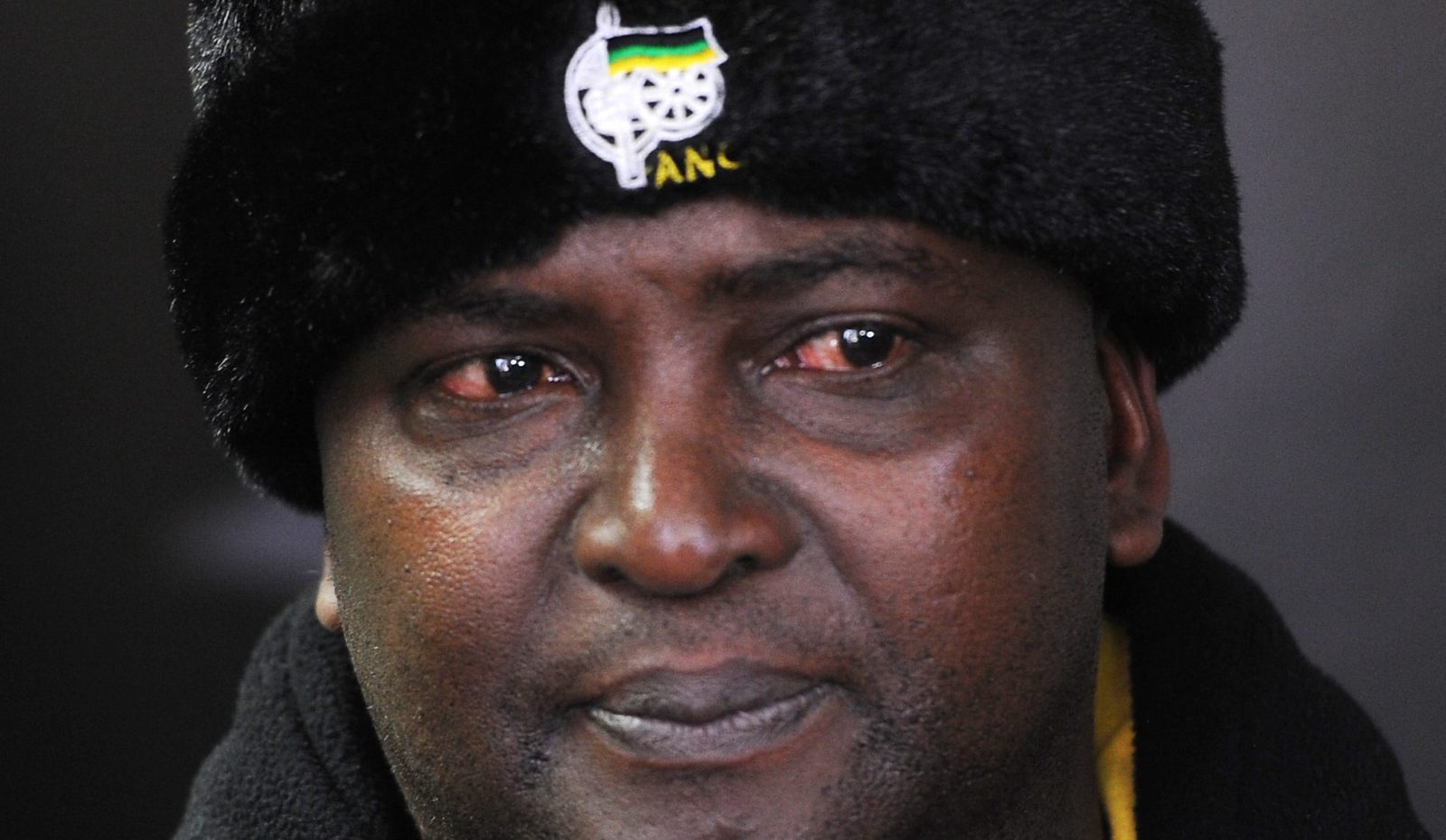 On Tuesday, the Johannesburg Magistrates’ Court granted bail to the former Gauteng health MEC and ANC chief whip, his wife and other accused in a case dating back more than 10 years.

He appeared in court with his wife, Joeline Davids-Hlongwa, and six others, all of whom face charges of fraud, corruption, money laundering and what the Directorate for Priority Crime Investigation (Hawks) describes as a pattern of racketeering activity perpetrated against the provincial health department.

A ninth accused was reported to be abroad, and the Hawks were in the process of seeking to extradite him.

They were charged under the Prevention of Organised Crime Act for offences committed between 2006 and 2010.

In granting the accused bail that ranged from R20,000 to R50,000, magistrate Simon Radasi said they had met all the requirements of bail and that in terms of the law they were eligible for release upon payment.

“To refuse them bail will not serve any purpose,” he said.

In granting bail, Radasi said he was satisfied that the accused were not a flight risk. He told them they would have to hand over their passports and not leave South Africa without consulting investigating officers.

Legal representatives of the accused presented their clients’ evidence in the form of affidavits.

In a statement on Tuesday, the Hawks said eight of the nine accused handed themselves over to the police in Johannesburg Central.

“Several senior and executive officials of the department allegedly received gratifications from the main service provider and subcontractors in the form of cash, loans, gifts and all-expense-paid holiday, local and international trips. It is further alleged that none of the Gauteng Health Department officials ever declared such gifts,” the Hawks said.

“The department awarded several contracts to an entity or juristic person which was initially meant for a period of two years, at a cost of R68-million (incl. VAT) per annum. However, this amount was allegedly overspent to the tune of R221-million without any consequences to the individuals involved.”

The Hawks said the first leg of the investigation was concluded in October 2020 when four senior officials from the provincial department — Sybil Ngcobo, Mmakgosi Mosupi, Valdis Romaano and Obakeng Mookeletsi — were charged for similar offences and appeared at the Palm Ridge Magistrates’ Court for tender corruption worth R1.2-billion. The four will appear again on 28 January 2022.

In court papers, the State said it is alleged that Hlongwa, Richard John Payne and a small company, 3P Consulting Pty Ltd, acting with others, were guilty of contravening Section 2(1)(f) of the Prevention of Organised Crime Act. They participated in racketeering activities related to profiting from obtaining and securing tenders and contracts from the Gauteng health department.

An SIU report  released to the public in 2018 found that there existed corrupt relationships between Hlongwa, various departmental officials, and 3P Consulting, its directors, and a number of companies related to 3P Consulting. 3P Consulting helped Hlongwa to buy property and paid for international flights for him and others. In one of the most ostentatious of the various bribes, 3P Consulting arranged and paid for a luxury spa treatment for Hlongwa and his wife, complete with limousine transport, according to the SIU report.

The eight accused arrived in court late and all had masks on. The large number meant they could not all fit inside the designated area because the court still had to observe physical distancing. Some sat on benches near counsel and only went inside the box when the magistrate went through their affidavits.

Many people in the courtroom were forced to sit very close to one another, making physical distancing impossible.

Radasi postponed the case to 22 April 2022 for further investigations.